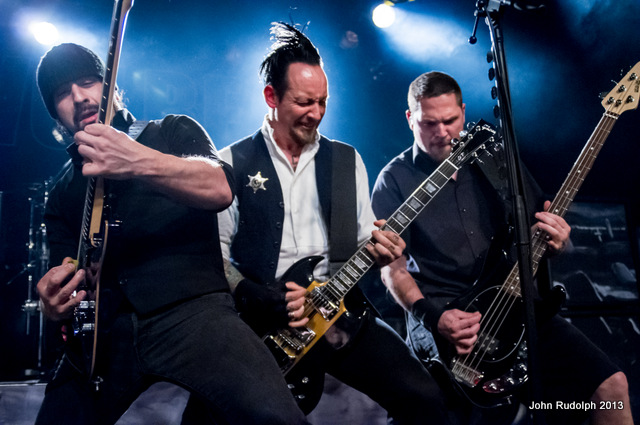 When I mention Danish metal, what is the first image pops in your head? Scandinavian Black Metal, Mayhem, and burning churches? Yep me too. Volbeat, as one fan described them, is more like a cross between Metallica and Elvis. In truth, Volbeat is one of the most versatile, best sounding rock bands that I have ever heard.

When I first saw Volbeat during Gigantour in 2012 I commented that they were the surprise of the night. I was blown away by their stagecraft at the time. I was no less blown away Friday night at The Showbox when they commanded the stage and rocked the house. 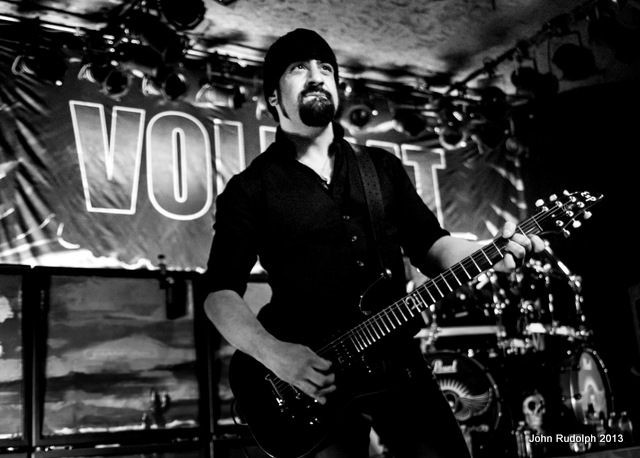 It has been 3 years since Volbeat released Beyond Hell/Above Heaven. In April they will release their new record, Outlaw Gentlemen & Shady Ladies, which was produced in collaboration with new Volbeat guitarist (formally of Anthrax), Rob Caggiano. Caggiano revealed that the new album will be more guitar oriented, peppered with Country and Western influences. The lineup for the album consisted of Michael Poulsen (vocals), Jon Larsen (drums), Franz Gottschalk (guitar) and Anders Kjølholm (bass). 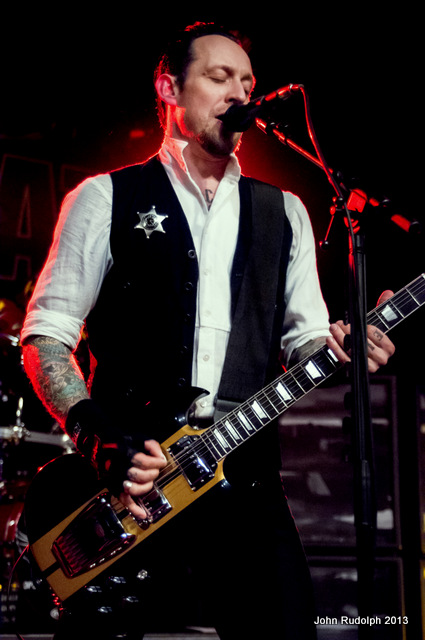 Michael Poulsen describes his family’s impact on his music: “When I was growing up, my dad and mother played a lot of old records – Elvis, Fats Domino, Jerry Lee Lewis and Chuck Berry. I love that stuff – it’s a drug somehow. My own record collection growing up was metal. But I listen to a lot of different styles of music. If something moves you, I don’t care what it is.”

Poulsen also states that “you can hear the influence of the Old West right from the start in “Let’s Shake Some Dust.” 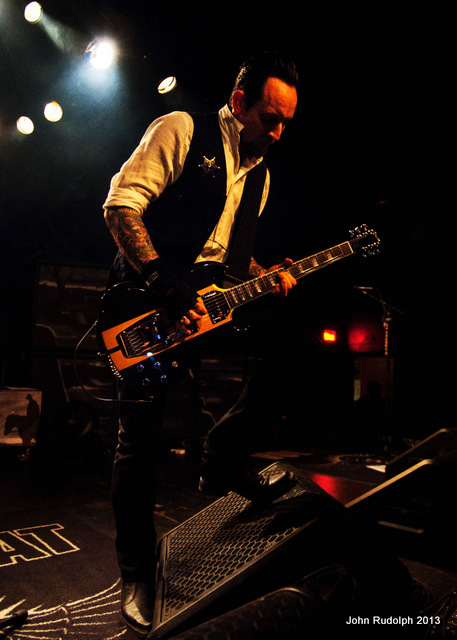 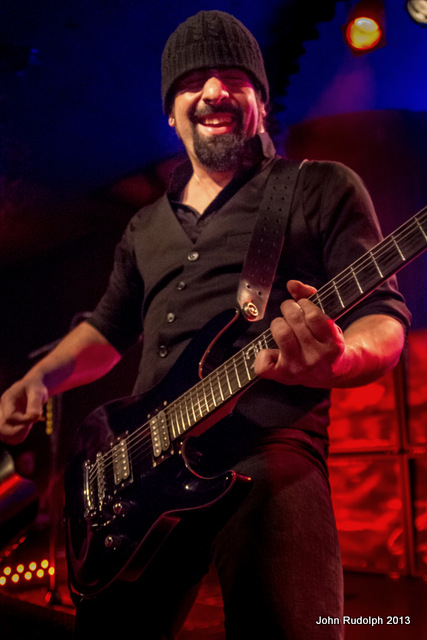 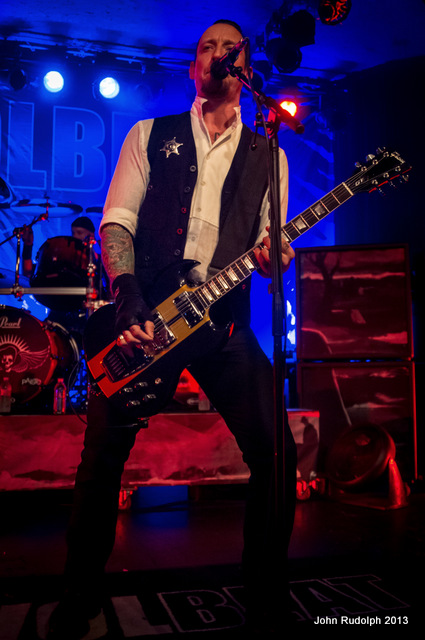 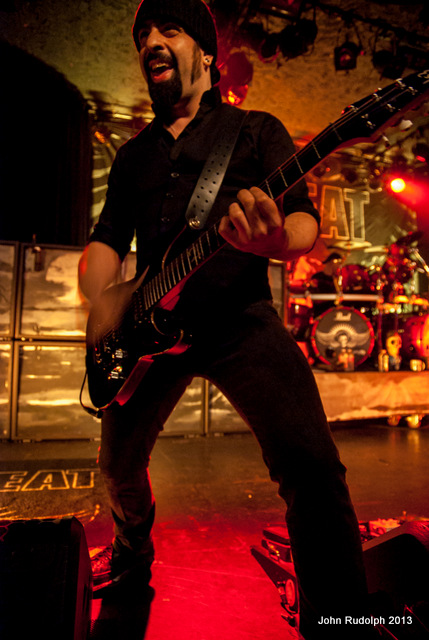 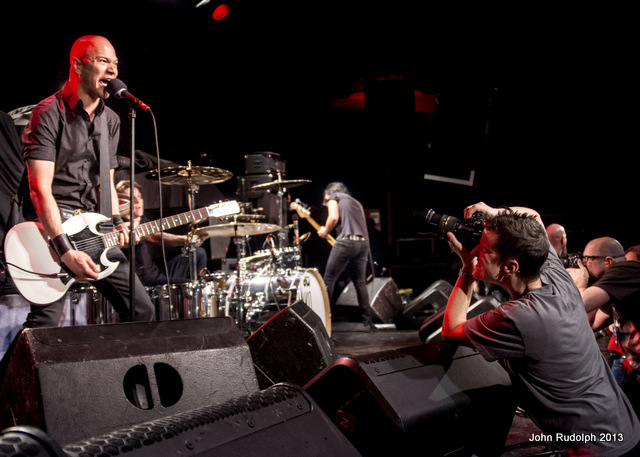 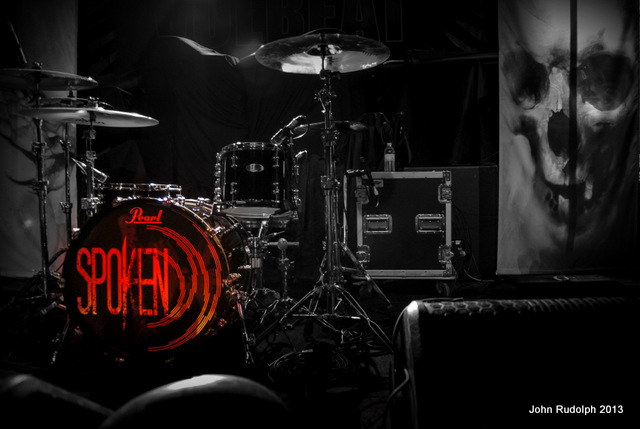 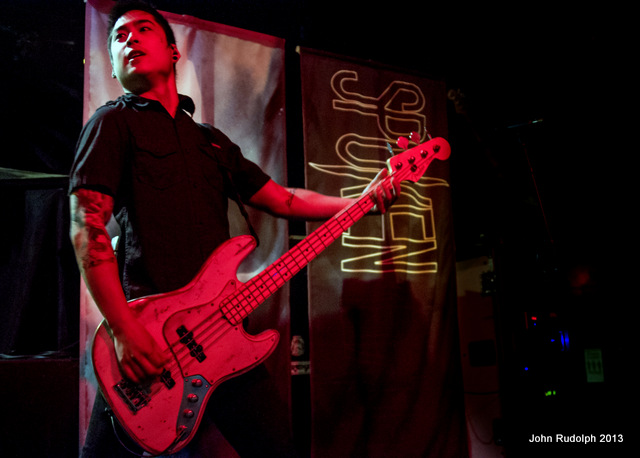 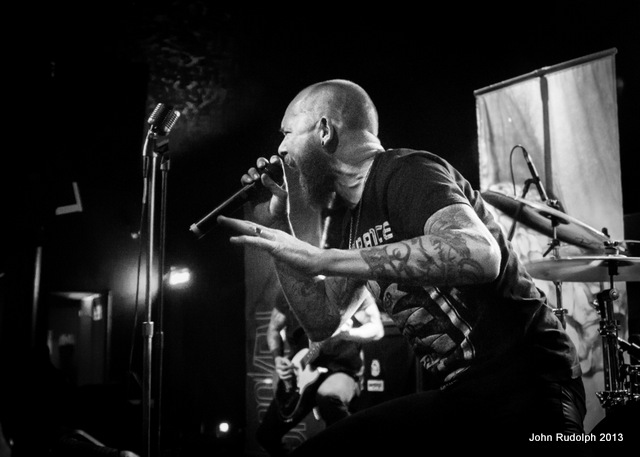 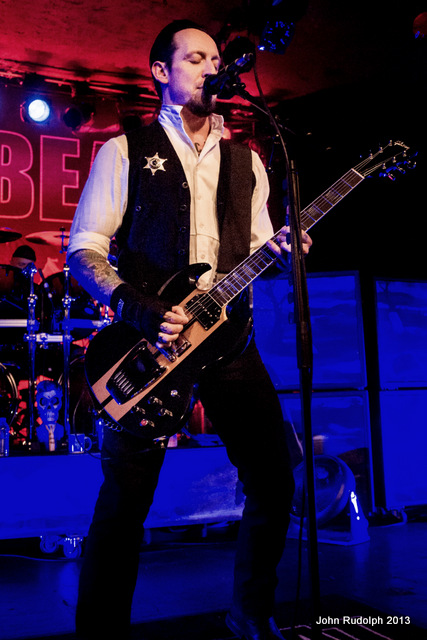 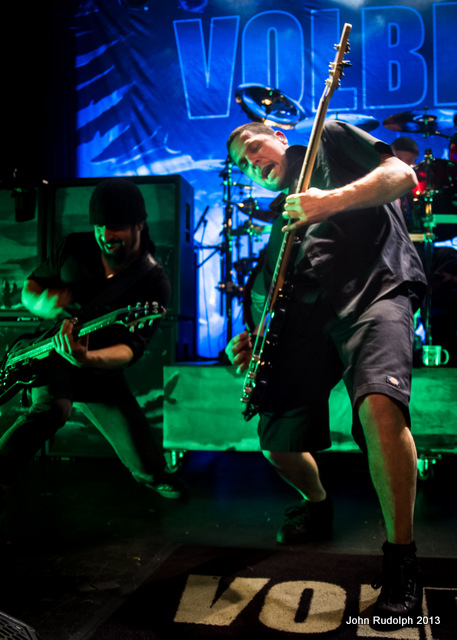 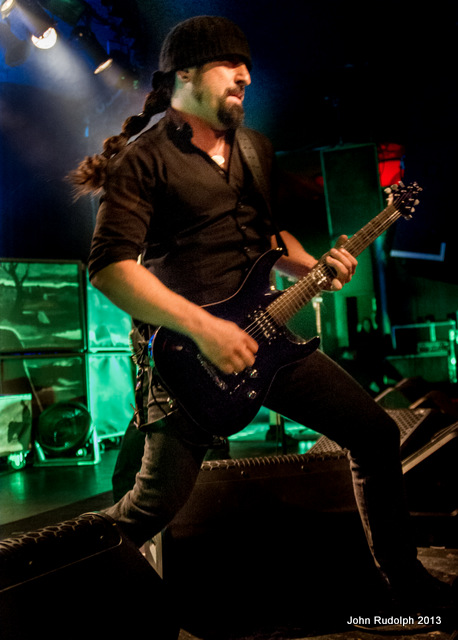 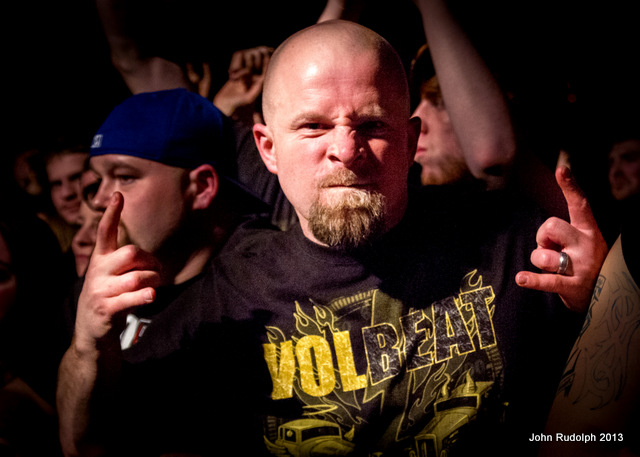 In 2012 I said that Volbeat was the suprise of the night. For this show, Danko Jones was the surprise. Once they grabbed the stage, they never looked back. Danko Jones stepped up to the mic and said forcefully “Our music is about F’ing”.

Right at that moment he noticed a few young kids in the audience. Jones genuinely seemed shaken and apologized to their mother. Jones said that he wouldn’t swear anymore but that the songs still had the same meaning. He said that he would refer to F’ing as “The Process”. The crowd laughed and cheered all at once.

I have to say that the gesture was nice and Danko was a class act. His show was no less adult and exciting. 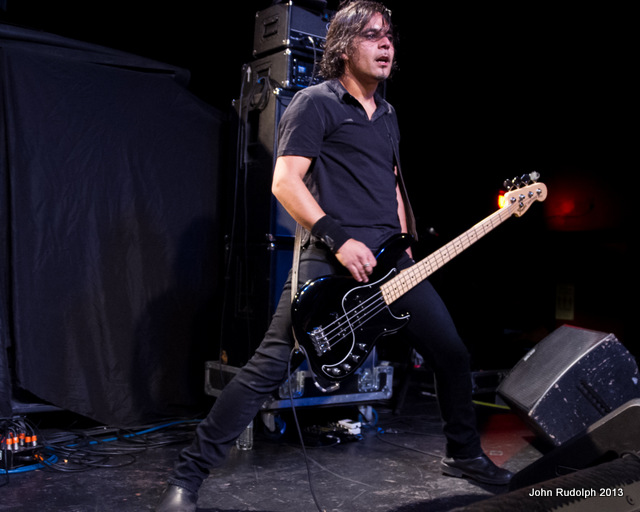 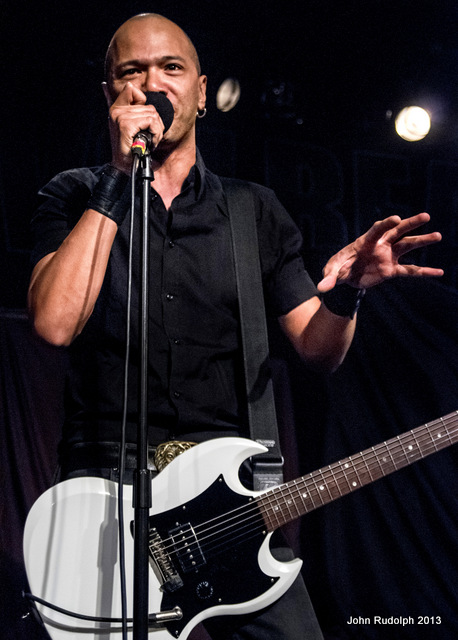 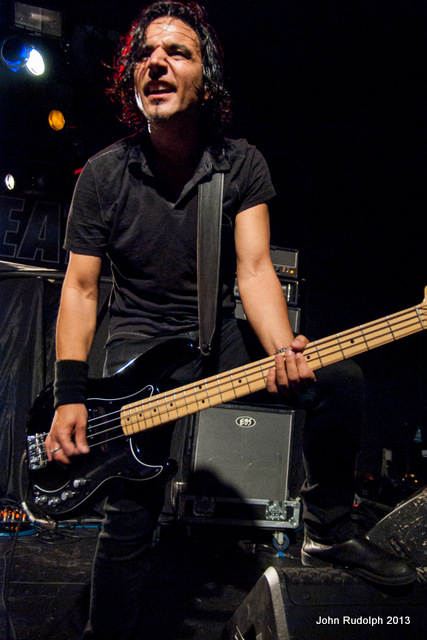 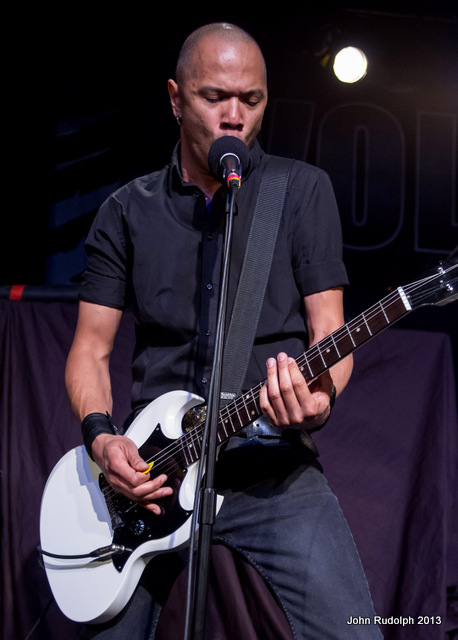 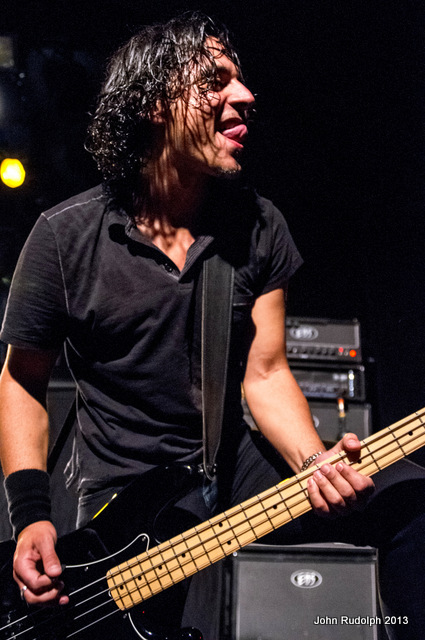 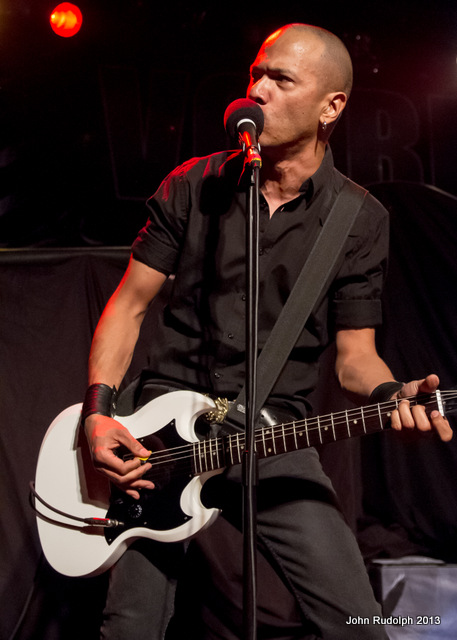