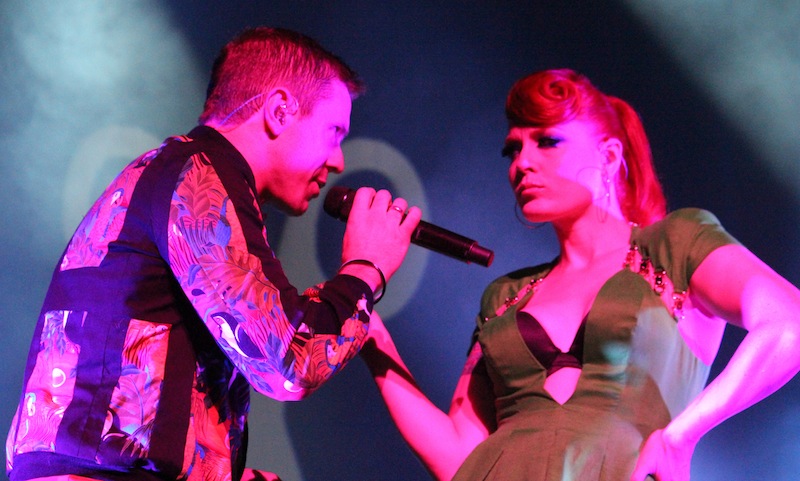 My life is better for having Scissor Sisters in it. When I think about how many good moods their music has contributed to, and all the bad moods their music has helped me get out of, I just can’t say enough how much this band means to me. I can turn to them any time, and on Tuesday night I felt that I shared that experience with the audience at the Paramount.

Scissor Sisters were here to party, and to play songs off their latest release, the brilliant Magic Hour – and to play music from their other excellent albums, of course. I’ve seen this band each time they’ve played Seattle, and each show was a memorably great experience. Tuesday evening was the most recent addition to my Scissor Sisters’ memories. The band has such a large and awesome catalog now that, and while you might have missed some songs (they can’t play everything, every time), every song on the set list was right on target for an emotional experience, whether you were moved during “Mary” or whether you moved to “Invisible Light.” “Invisible Light” was slowed down to a just as sexy pace, and in the absence of Sir Ian McKellen it gave singer Ana Matronic a chance to speak the poem part. The audience especially liked the “sexual gladiators” line. 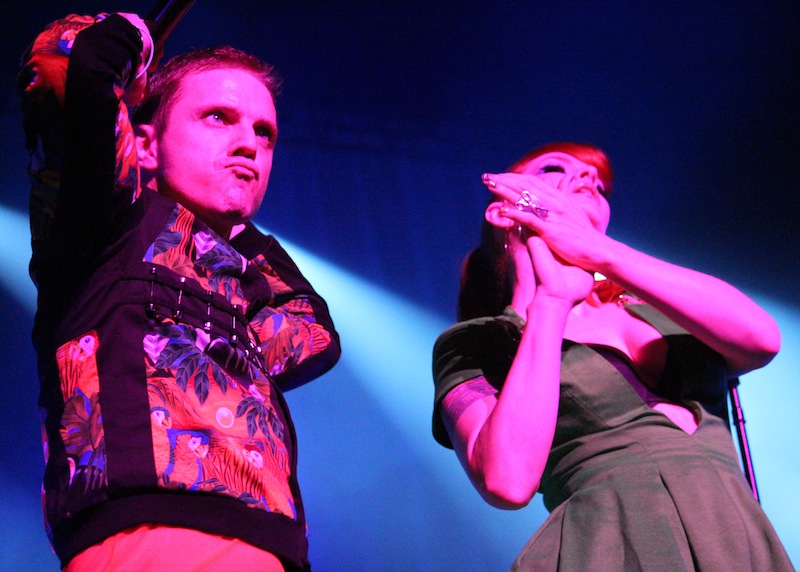 For the start of the show singer Jake Shears appeared in a casual suit with a pattern of parrots on it. I loved that outfit. I wish more men wore such color. Ana Matronic wore a gorgeous green dress with buckles. The chemistry between these two has always been electric, and it was strong yet again. The whole set hit me hard. “Any Which Way,” “Keep Your Shoes On” and “Baby Come Home” had Shears and Matronic dancing right away, “Inevitable” was beautiful, “Take Your Mama” received a continuous roar of approval, “Let’s Have a Kiki” created a dance party onstage and off – this one taught us a dance we could all do, with Shears dancing so well, and so excitedly – “Comfortably Numb” was a stirring moment of disco perfection, and I loved the harder beat they gave to “Skin This Cat.” For the encore they performed “Only the Horses” and “Music Is the Victim” which absolutely had the audience leaping up and down. 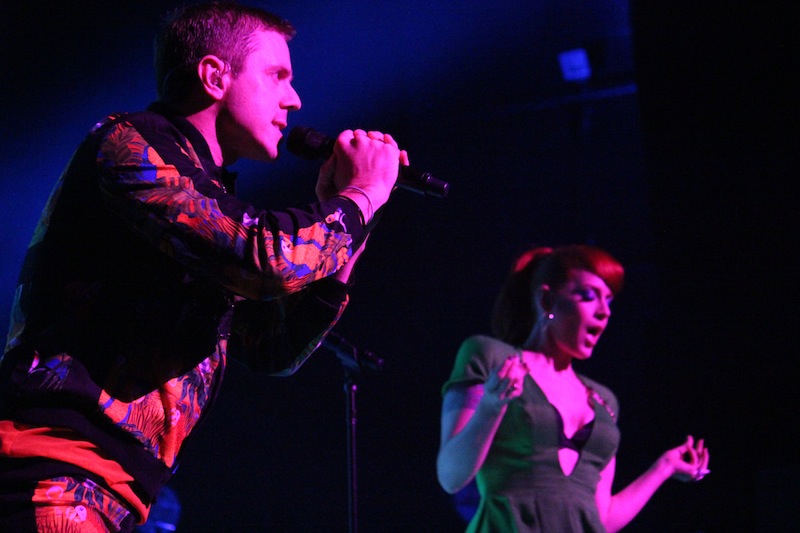 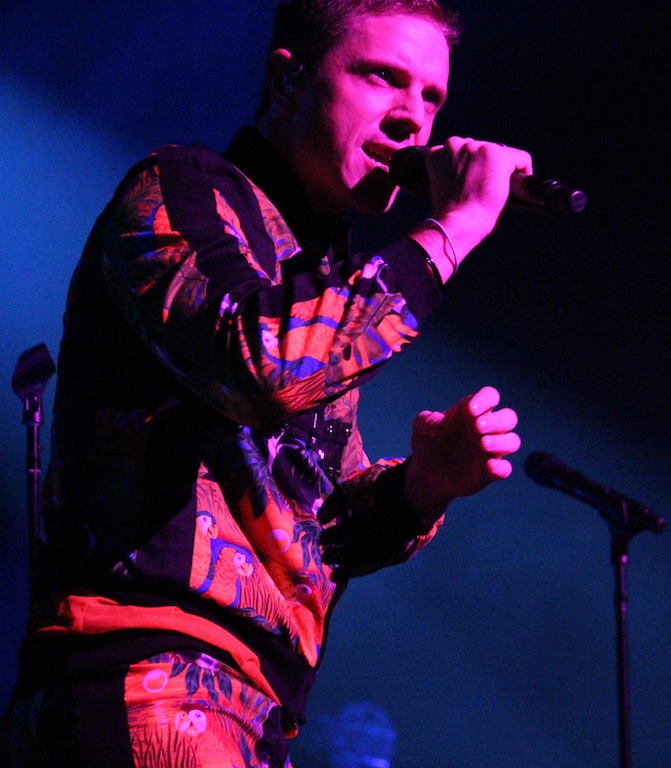 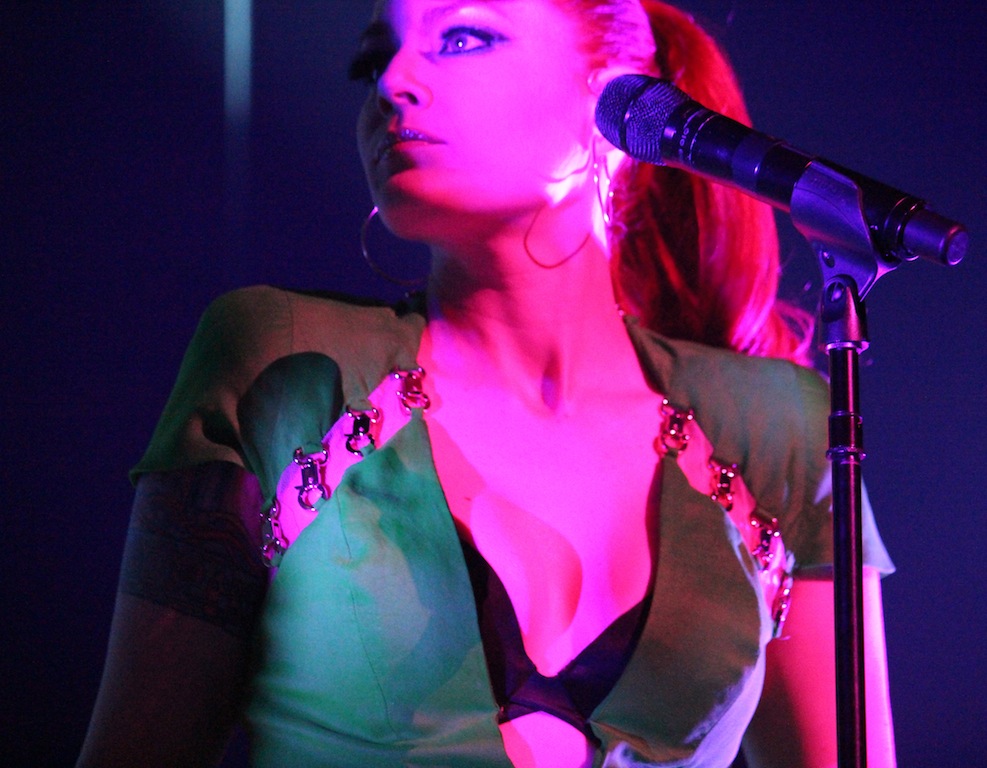 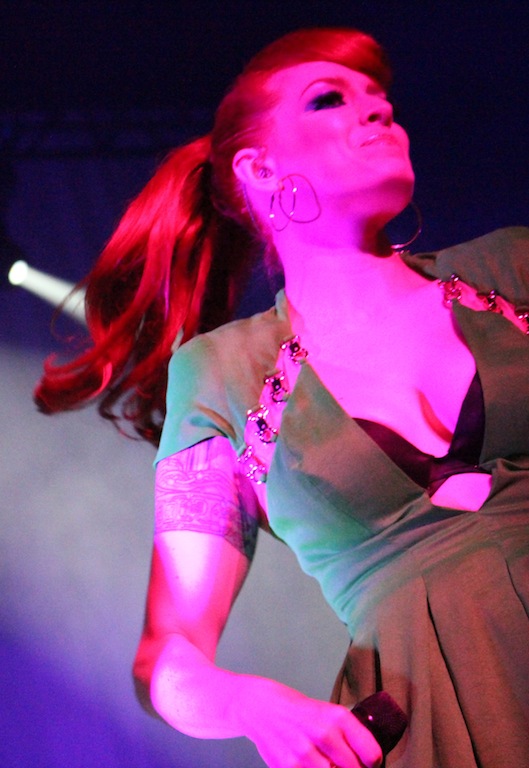 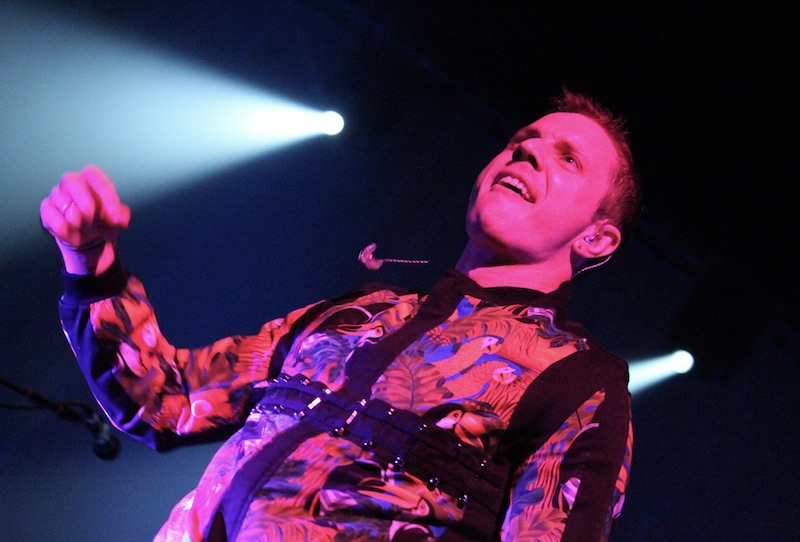 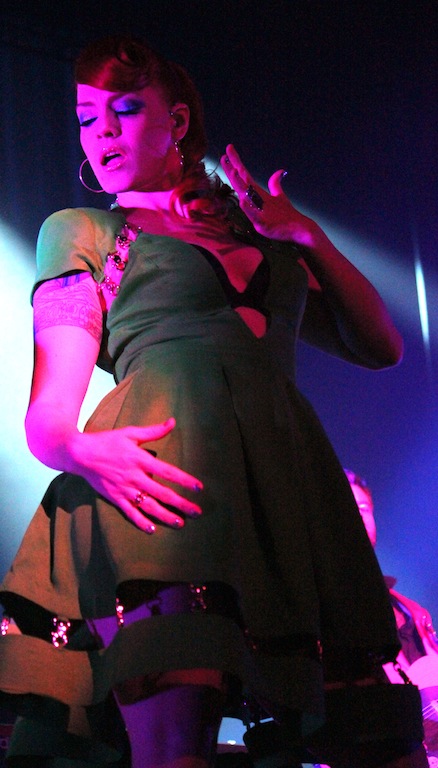 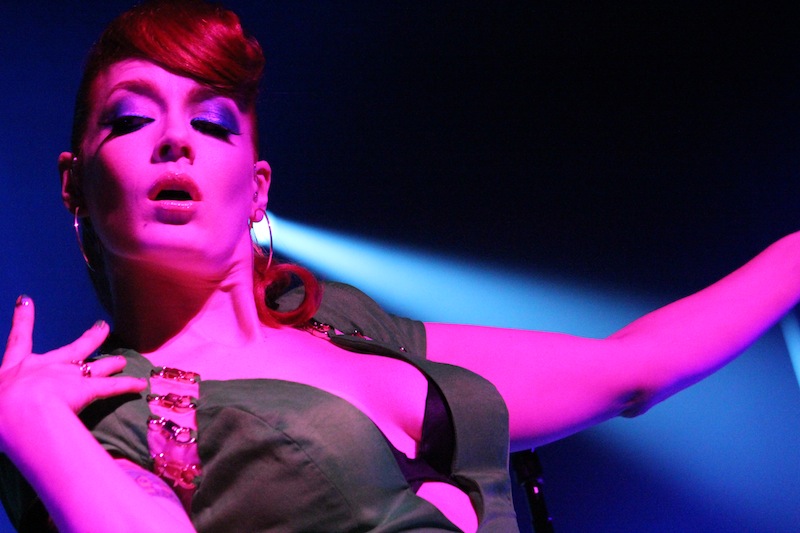 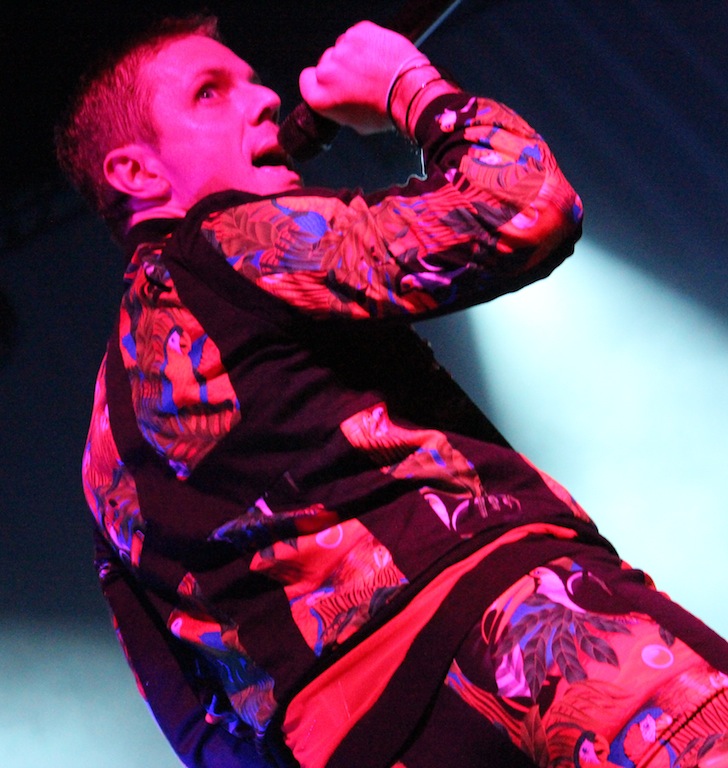 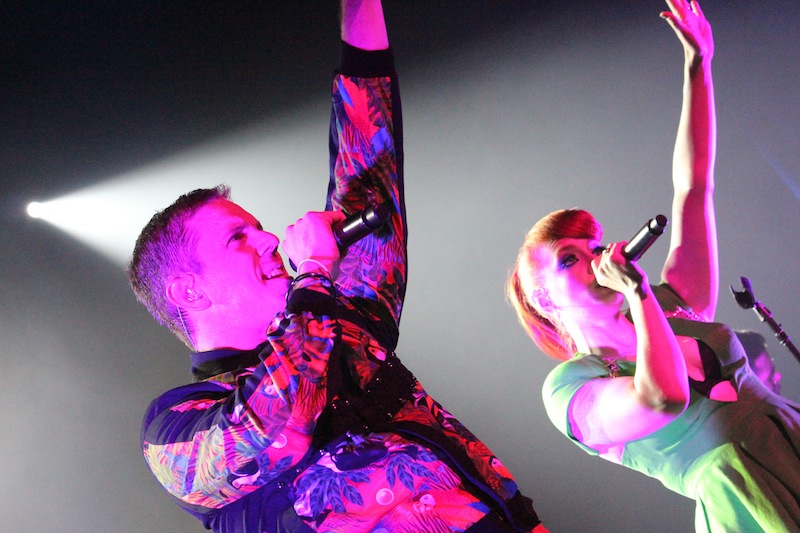 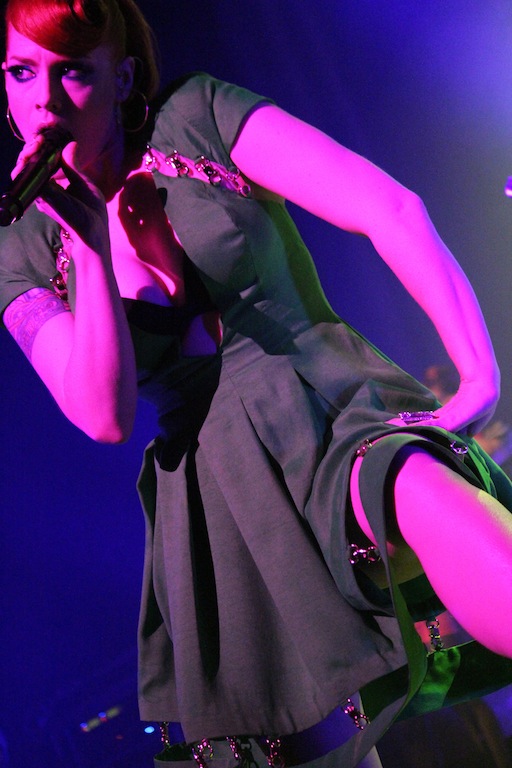 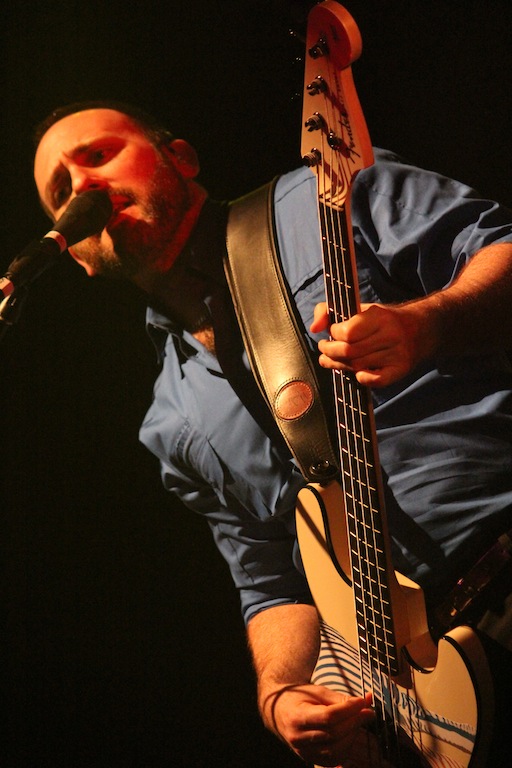 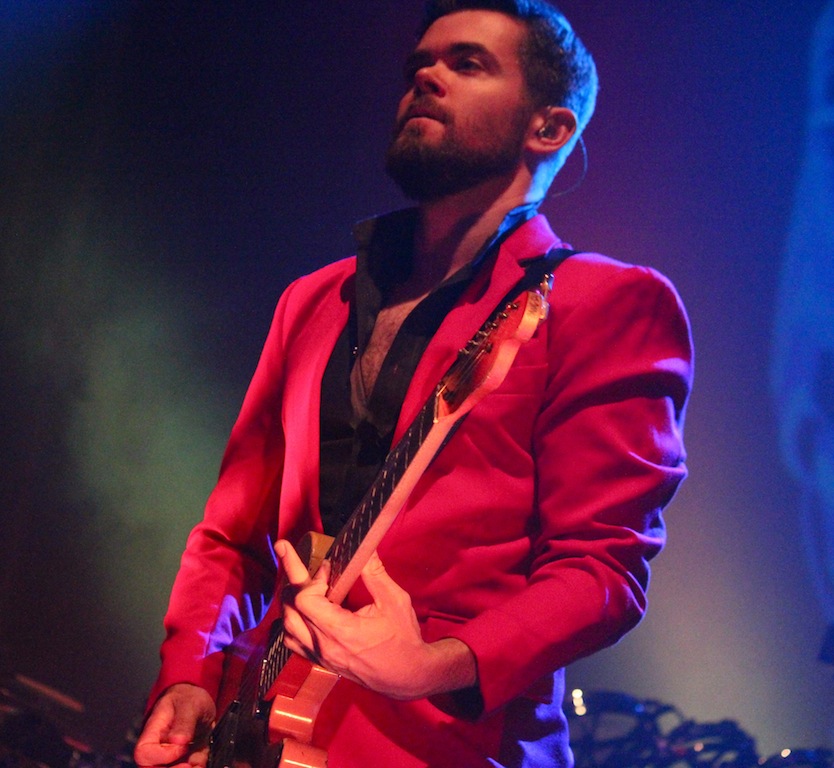 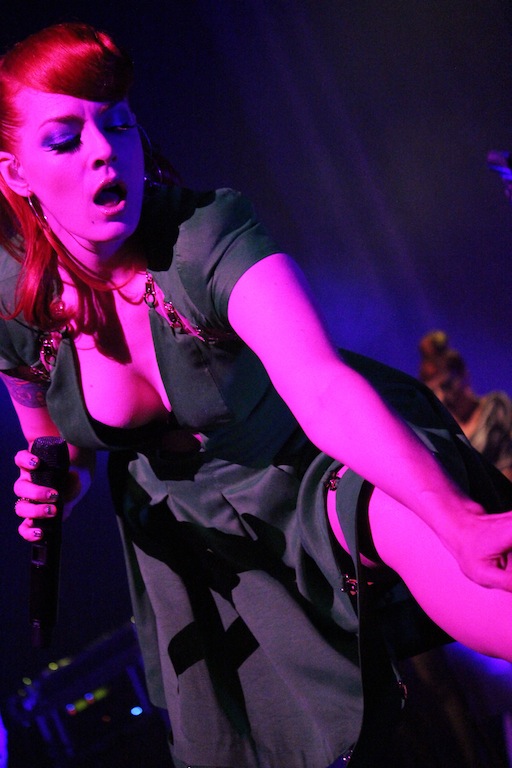 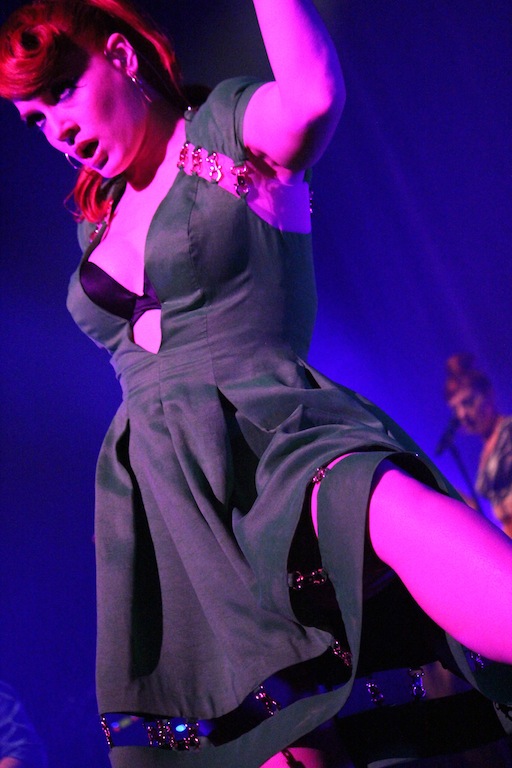 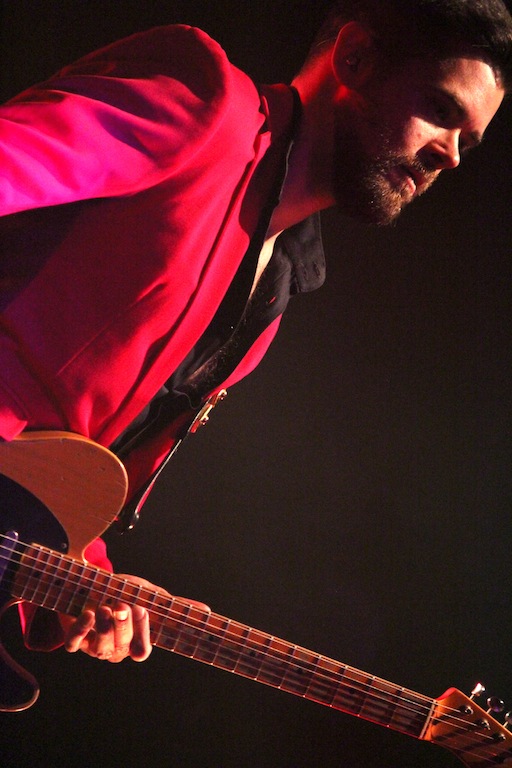 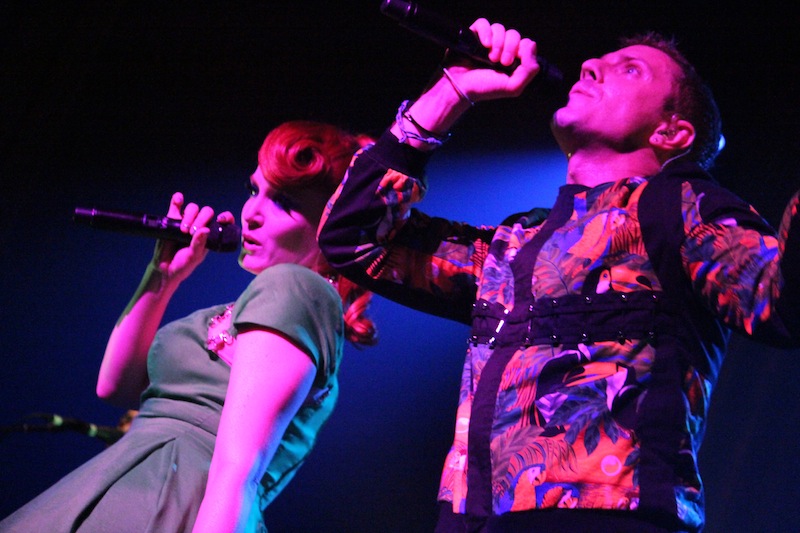 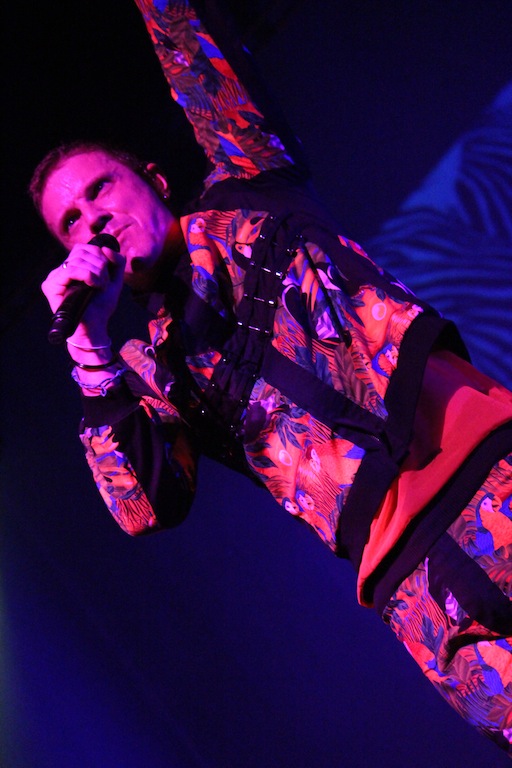 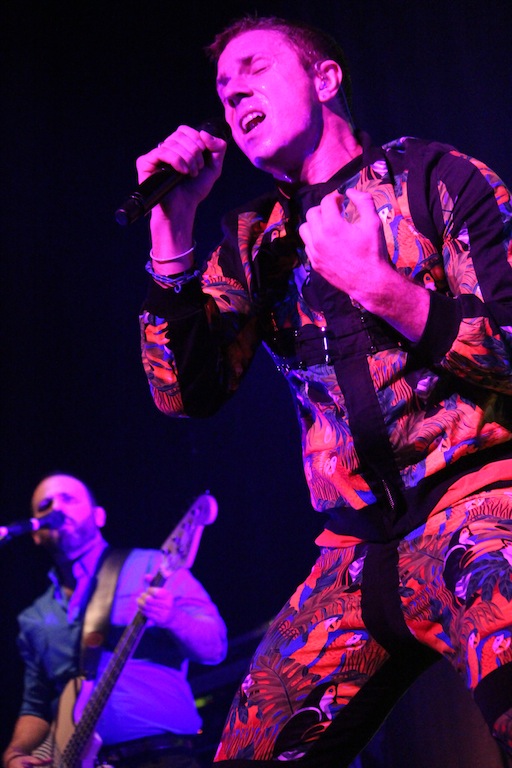 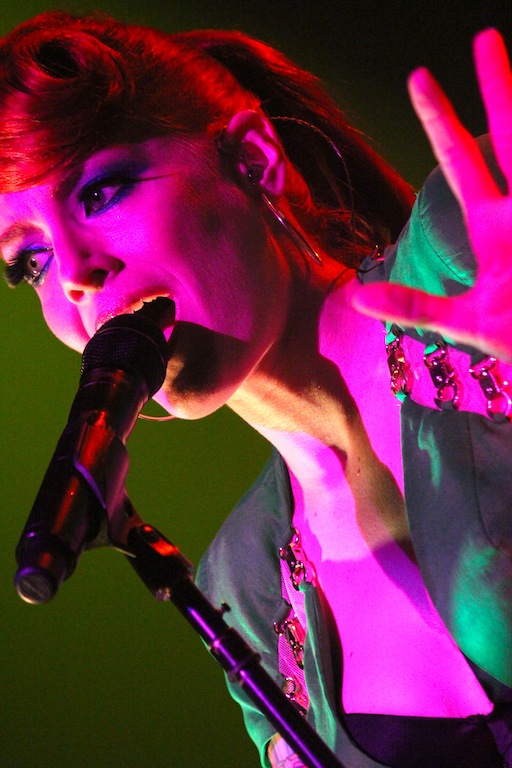 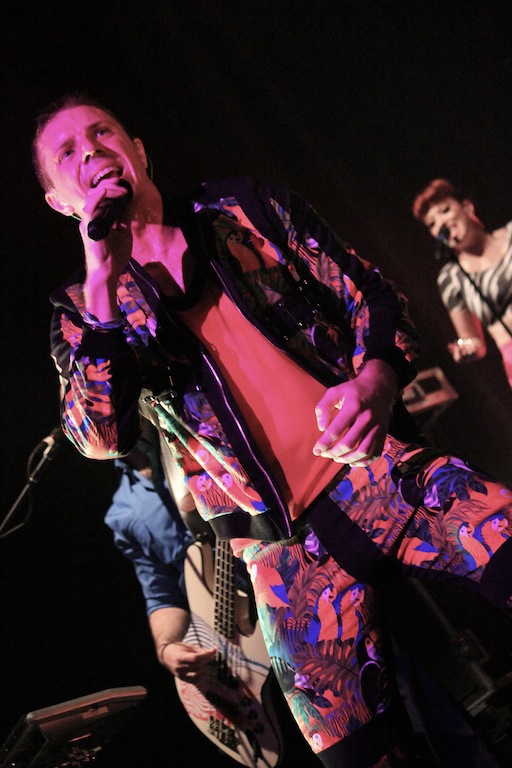 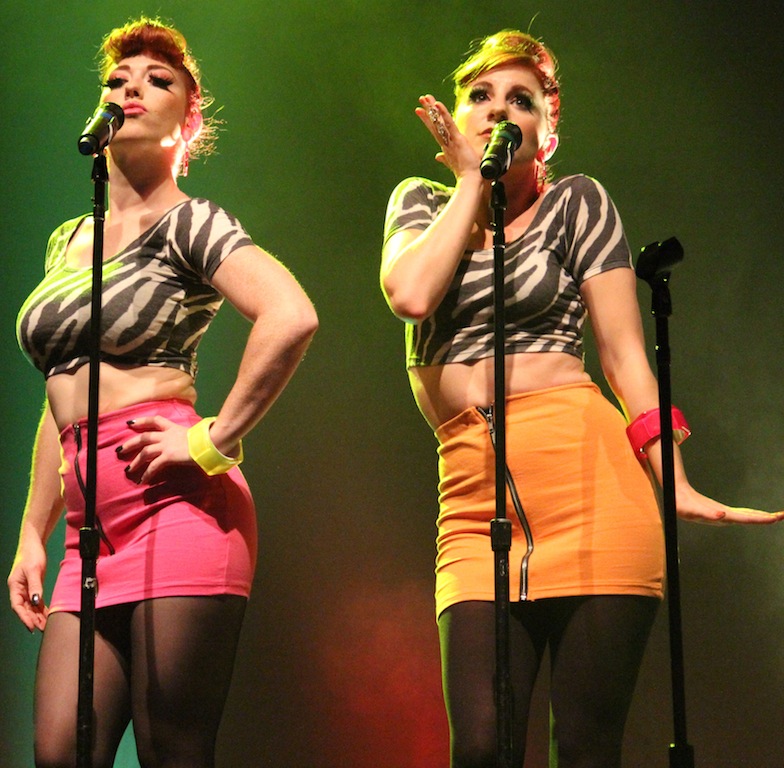 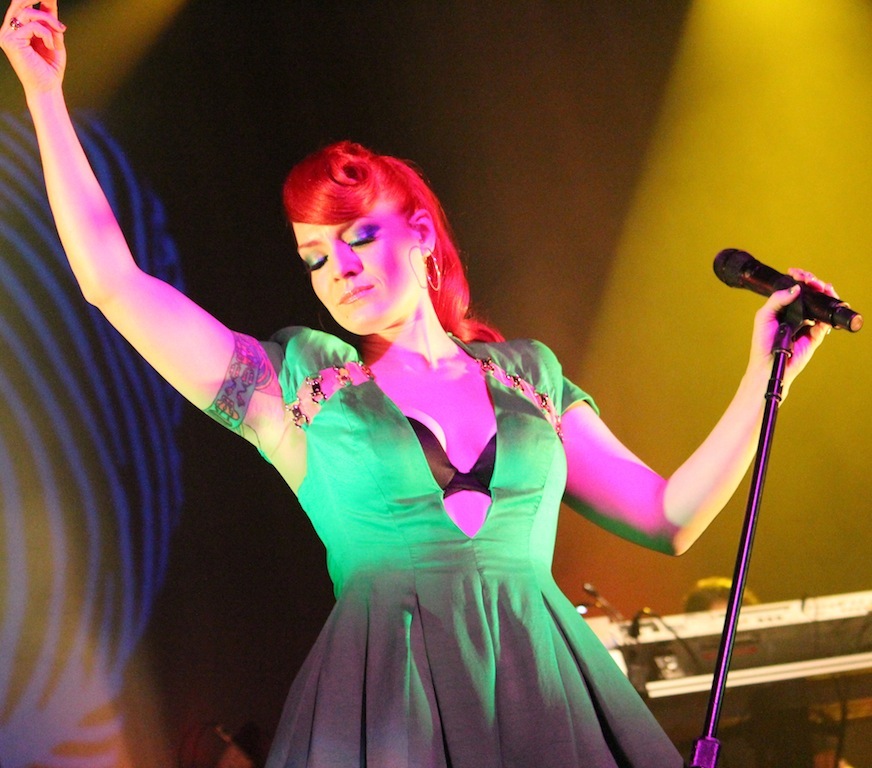 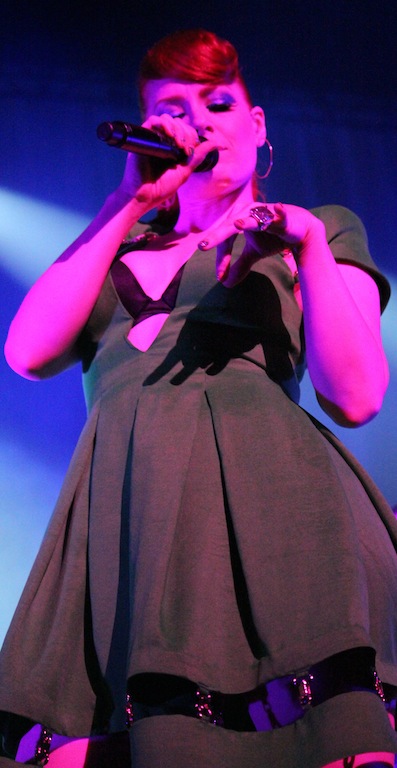 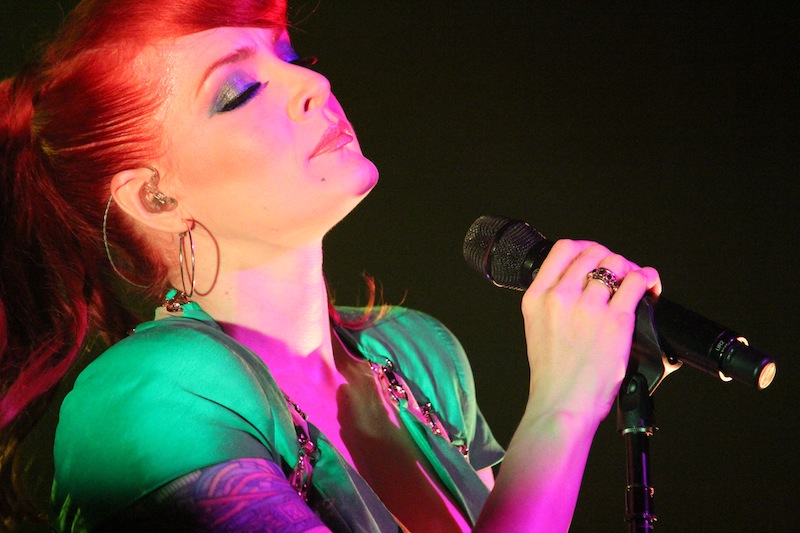 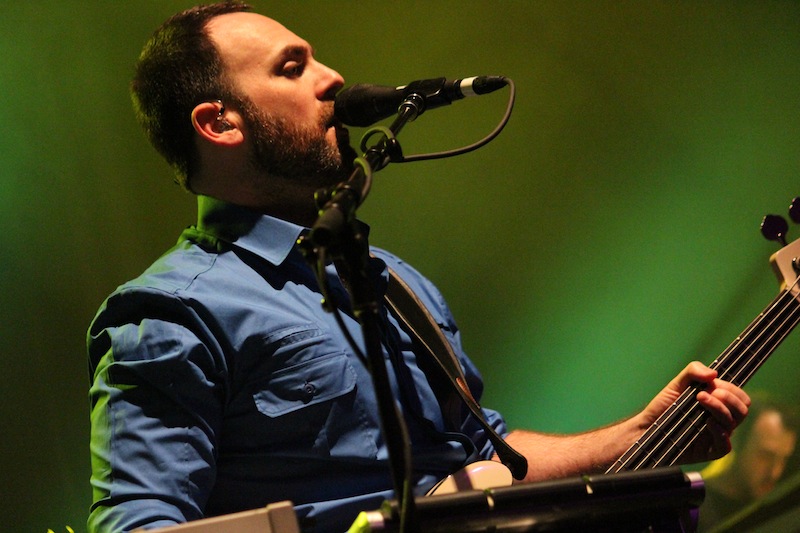 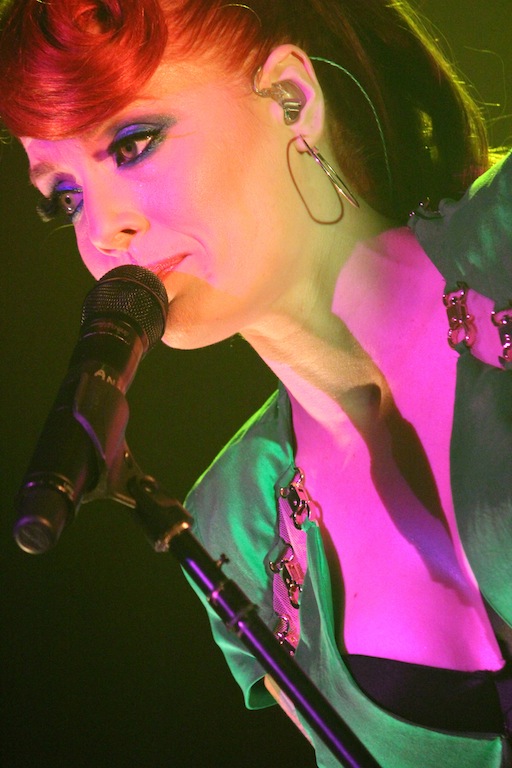 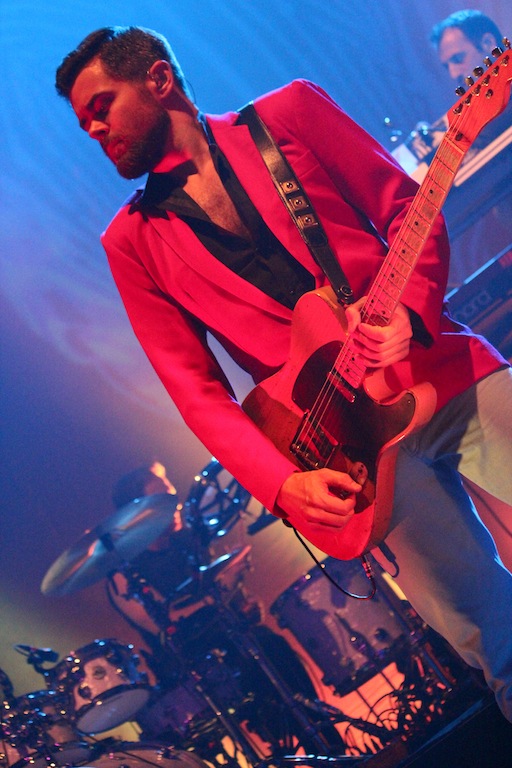 Gallery of Scissor Sisters @ the Paramount