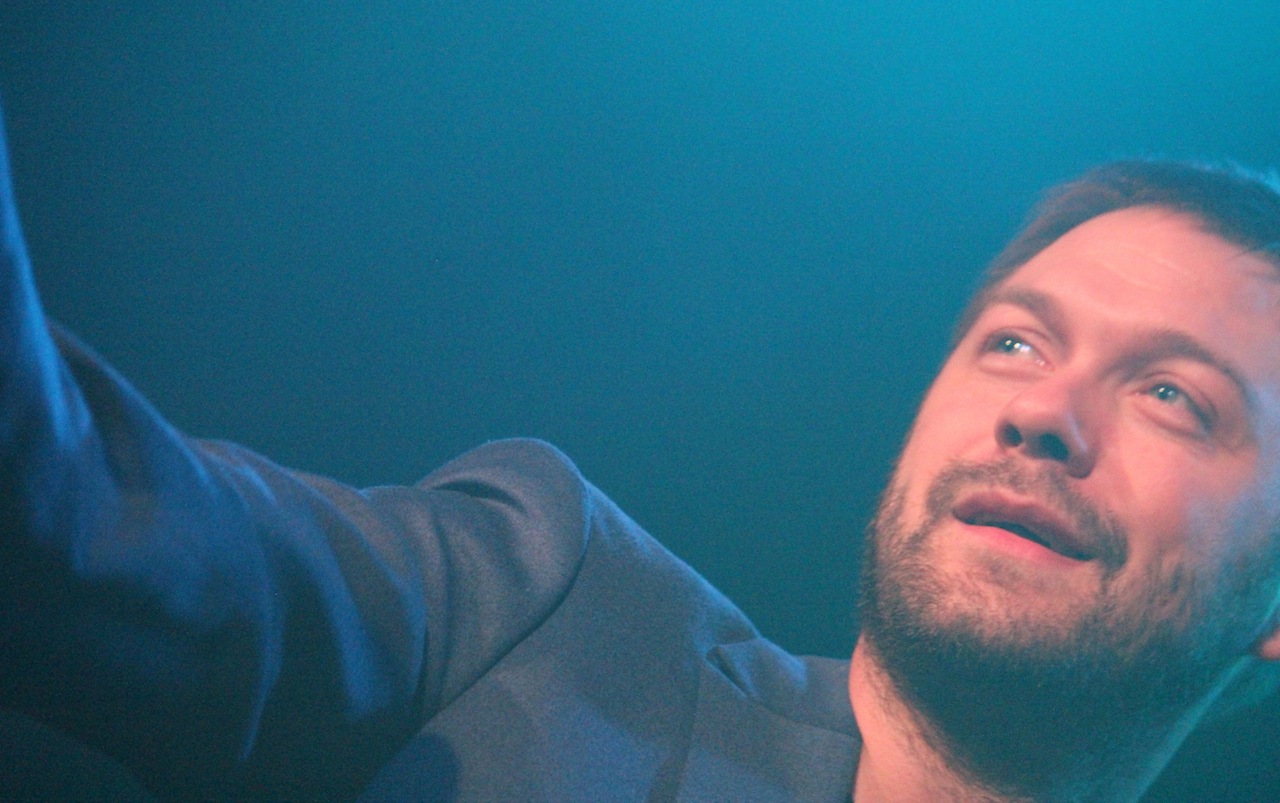 The consistently awesome Kasabian smashed up Showbox at the Market on October 4th. The Leicester, England quartet has five albums to date; each one is excellent and proof of a magical band. I’ve been a fan of this group since 2004, and I’ve seen them several times, including their first show in Seattle, which was at Neumos in, I believe, ’04. How I wish I could have known of them during their earlier, formative years in the late ’90s. They’re one of the few bands that I can remember the first time hearing them, and seeing them. Their song “Club Foot,” and the accompanying video stood out as something cool, moody and unique.

That they have maintained a Kasabian sound while trying new things – new album 48:13 emphasizes a tiny bit more pronounced techno side – and never coming off as contrived, is proof that, ten years after their American debut, their presence is strong. I think, as with other Kasabian shows I have reviewed, when I went to select song highlights, I realized I was covering the entire setlist. That’s how good Kasabian is. 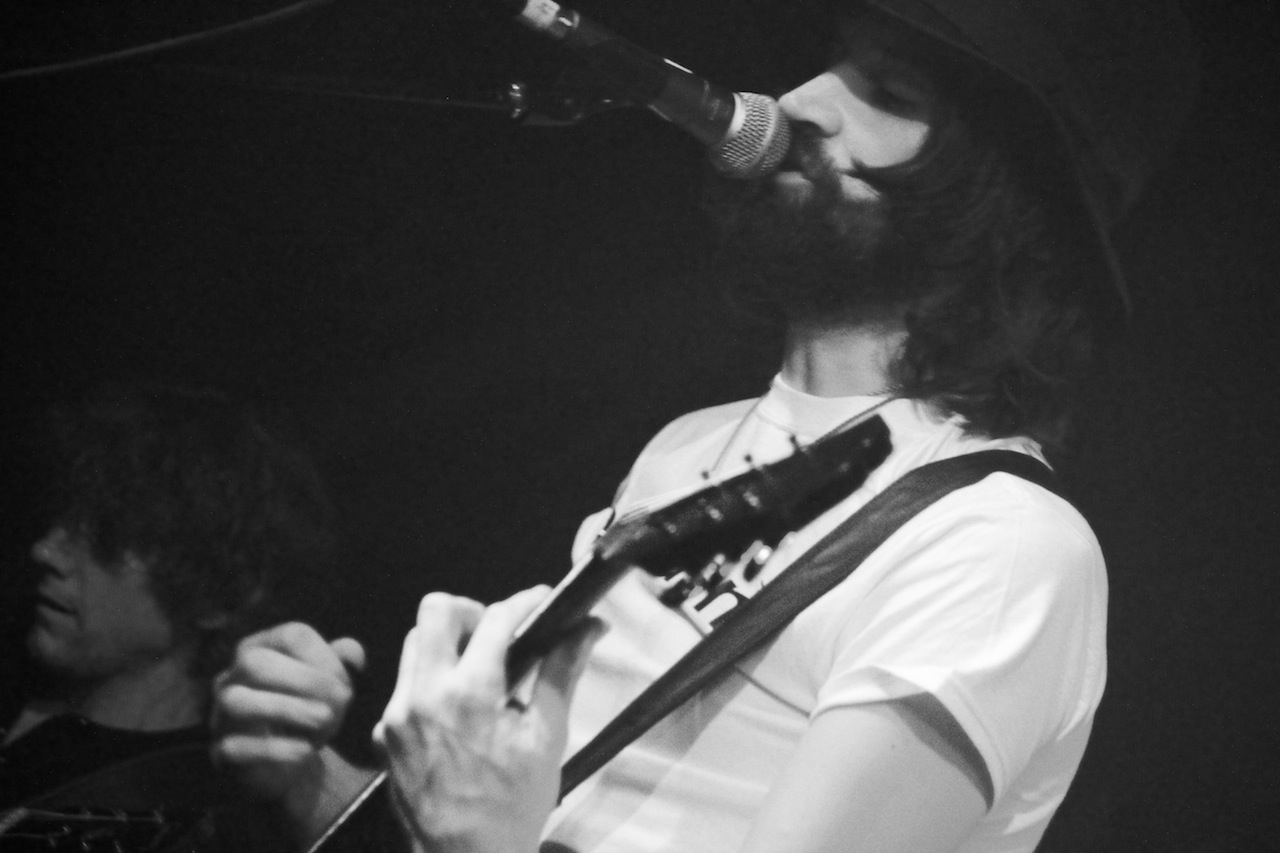 Starting the show with 48:13‘s “bumblebee,” which created a sonic scene with fans jumping up and down, making that Showbox floor shake, Kasabian powered through a rocking and electronic set. As with Oasis front man Liam Gallagher, all singer Tom Meighan would ever need to do, with such a presence and sexy talent, is stand and assess the audience. Whether we were found wanting, who can say, but was he ever so cool and has he ever sounded so great? I’m not saying he only stands around – not at all – though, at times guitarist/singer Sergio Pizzorno might generally be the traditionally wilder of the two onstage; racy while playing guitar on his back, dancing while “ee-zeh” romped along, and jumping around during “treat.” About “treat”: That is an especially super song live. It’s got a real momentum to it, and worked perfectly on a setlist with West Ryder Pauper Lunatic Asylum‘s “Vlad the Impaler.” The smashing combo of lyrics Work it like a treat, and get loose in those two songs fueled the sold-out crowd.

Pizzorno got the focus with “bow,” a song that beautifully utilized his very ’60s vocals. “Empire” and “Fire” were excellent build-ups to an encore that included “Switchblade Smiles” (a song in which Pizzorno and Meighan duet) and a cover of Fatboy Slim’s “Praise You,” leading into “L.S.F.”. I wouldn’t have thought to pair “Praise You” and “L.S.F.,” but there they were, connecting extremely well.

Thank you, Kasabian, for existing. Your music and performances have meaning. 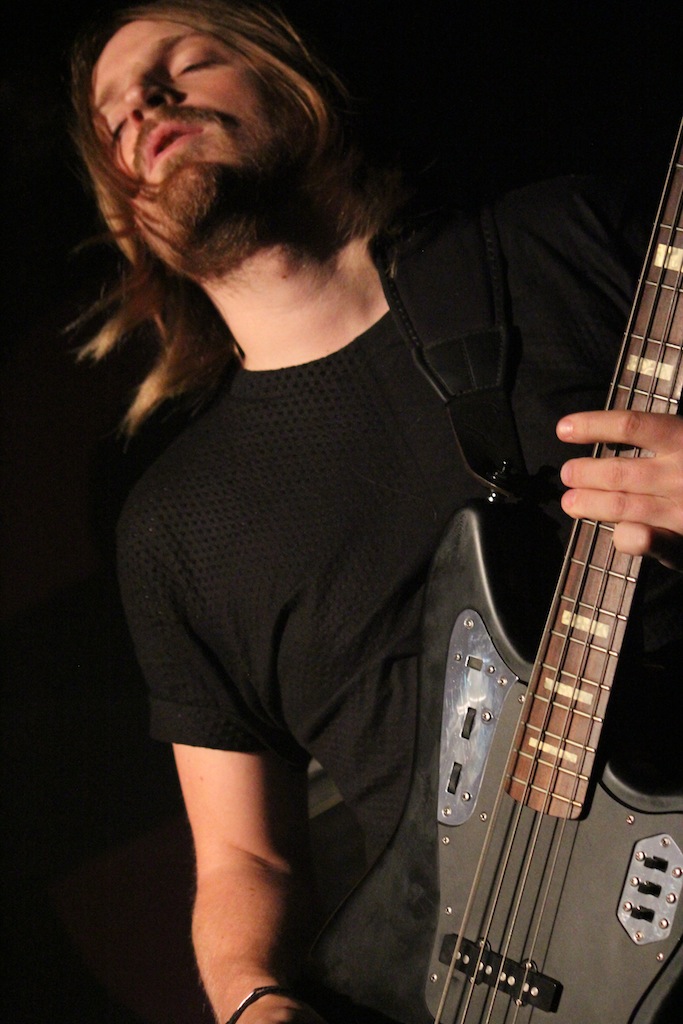 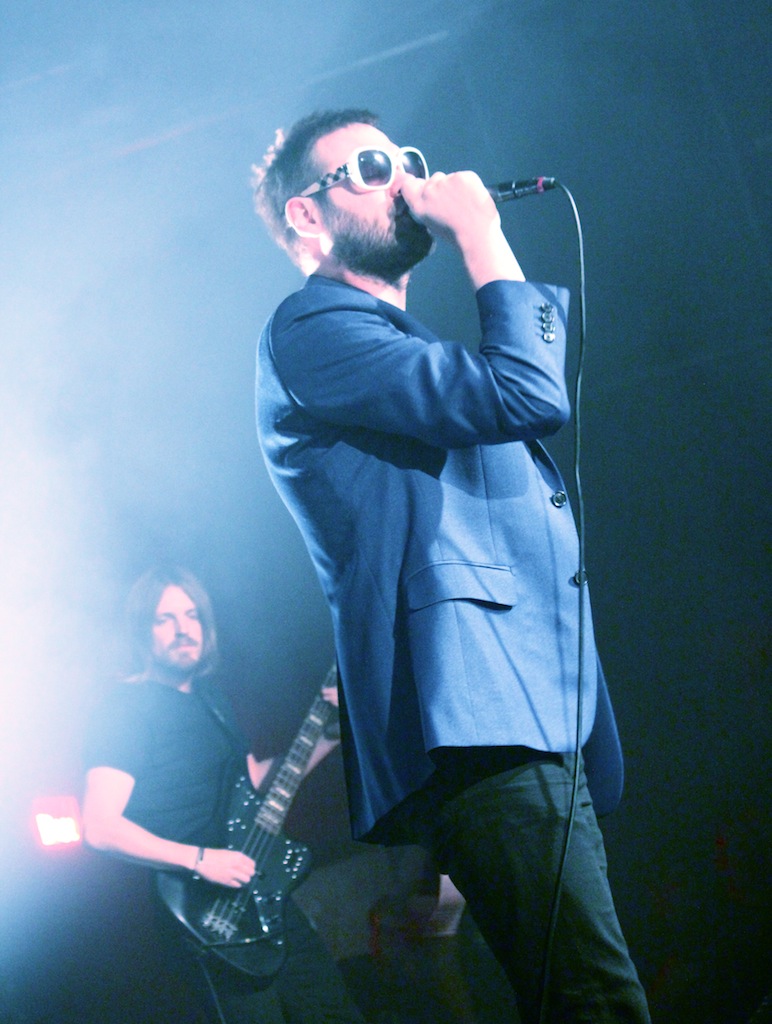 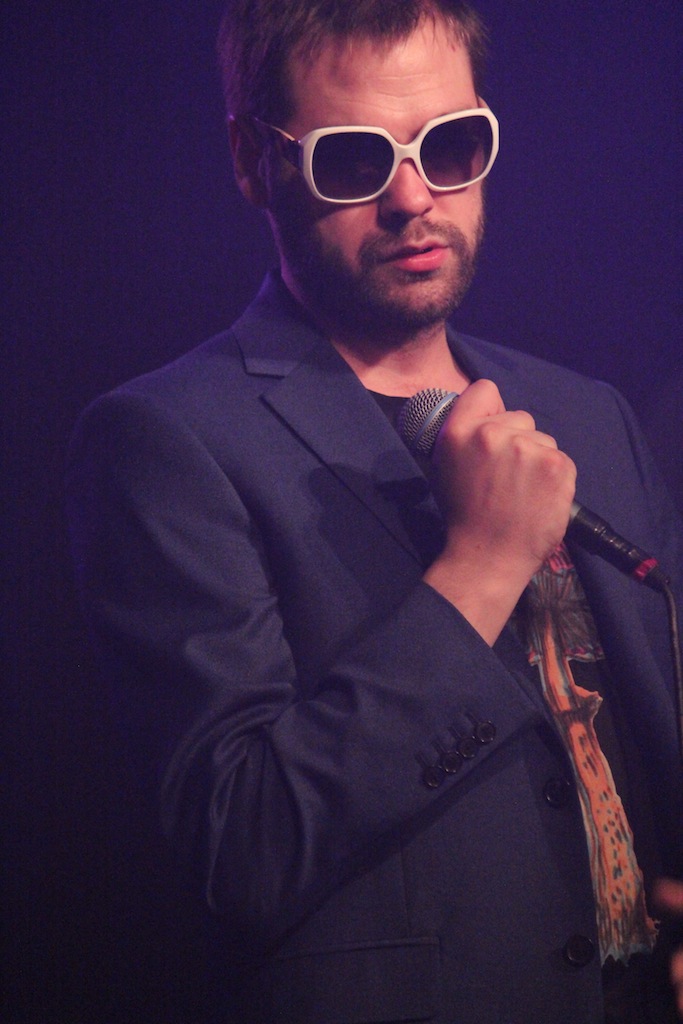 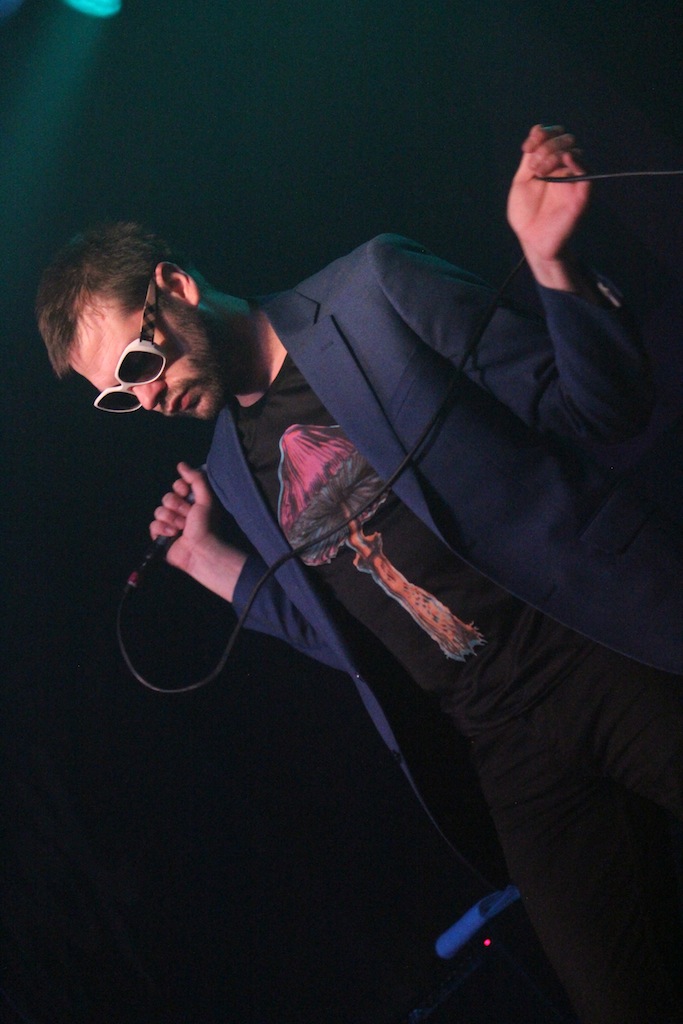 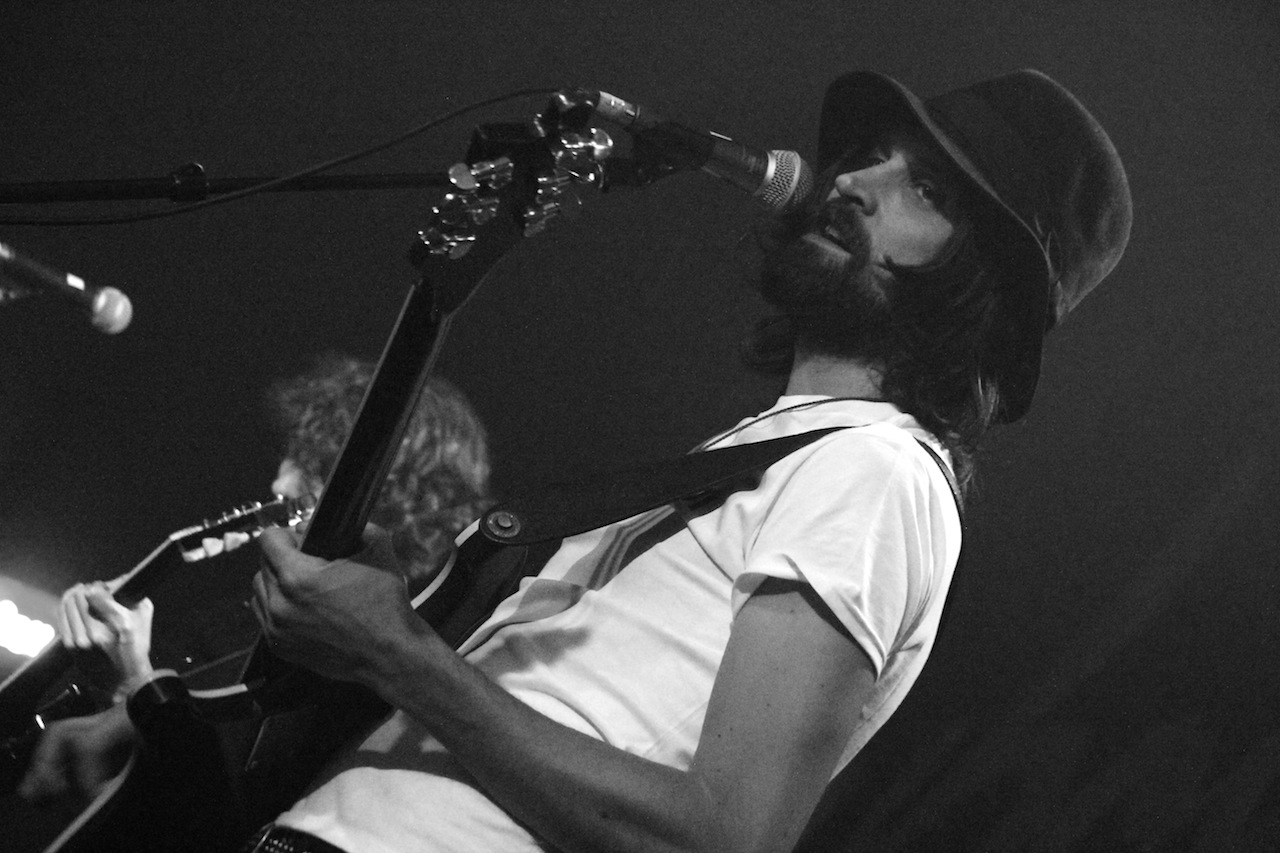 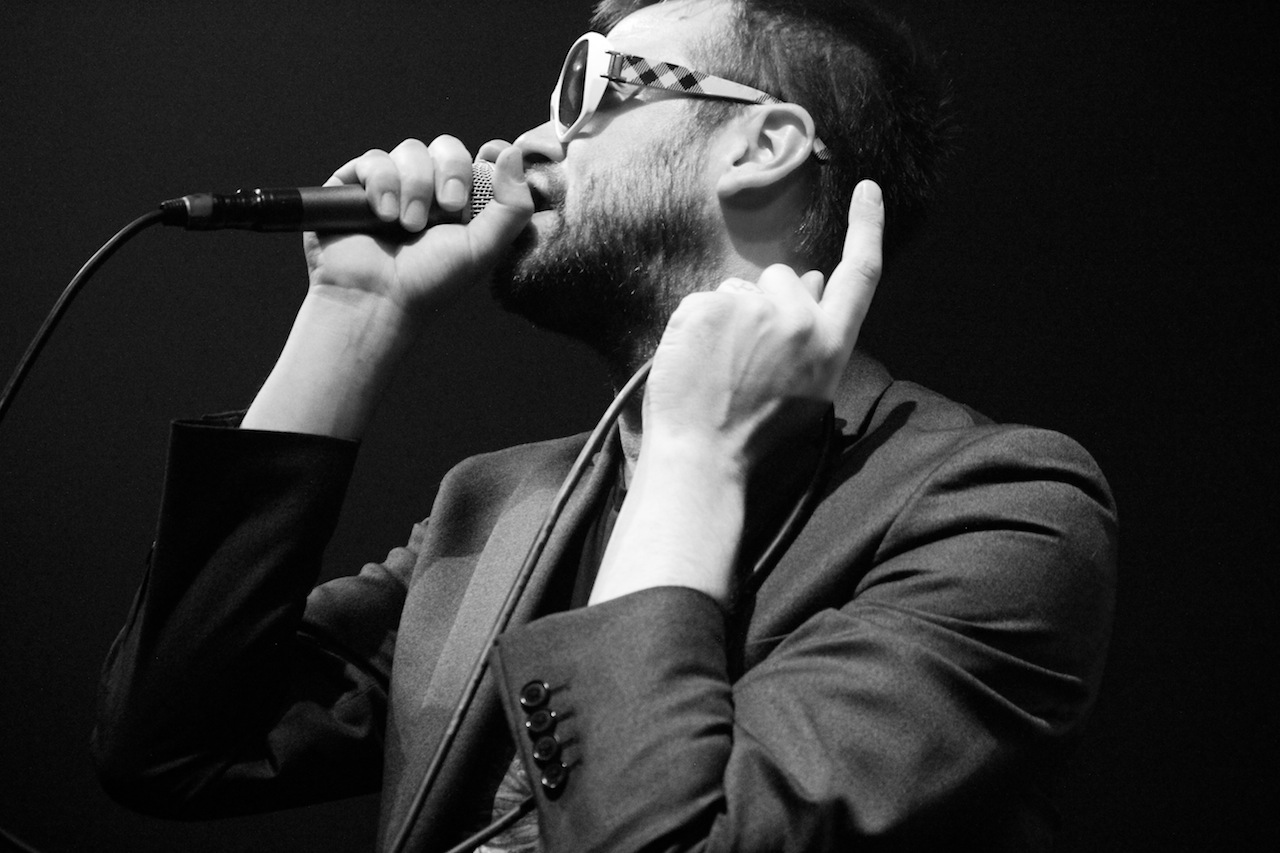 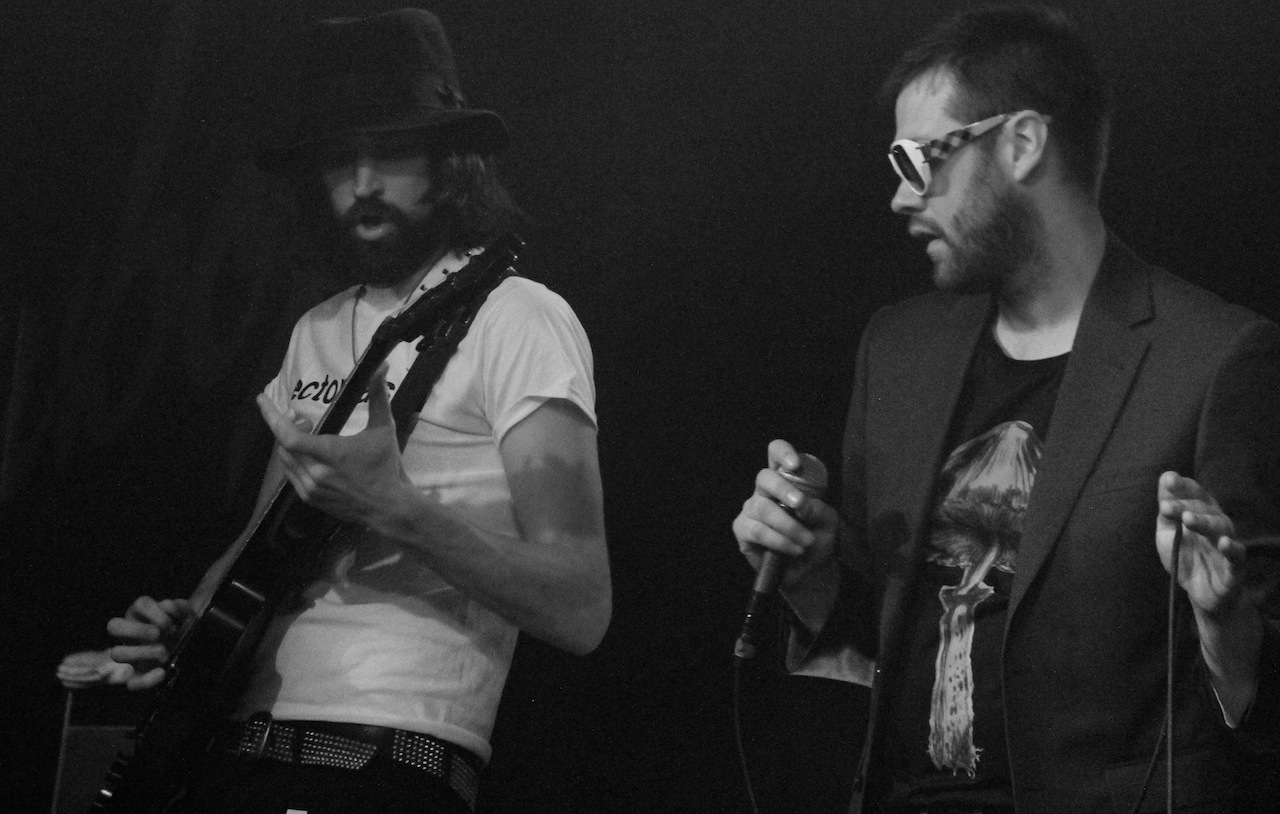 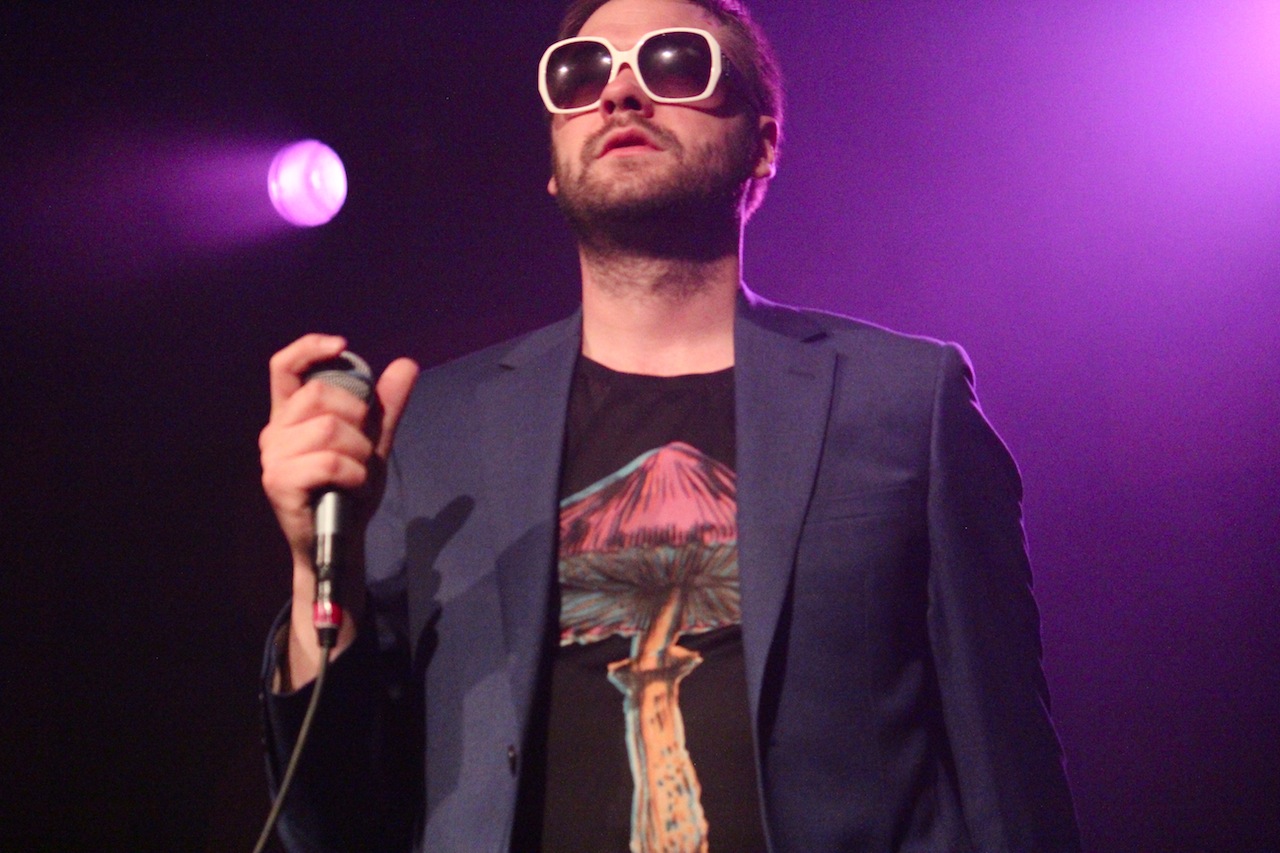 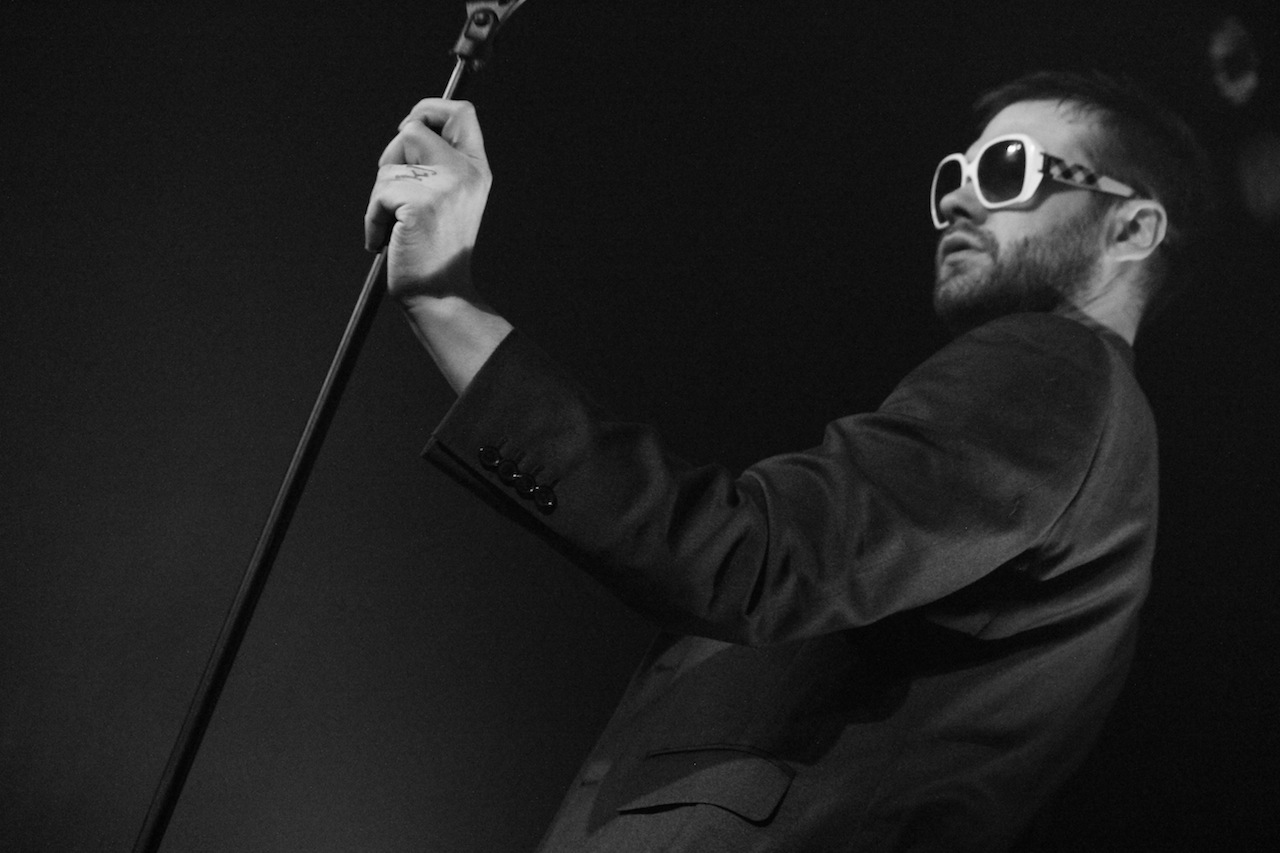 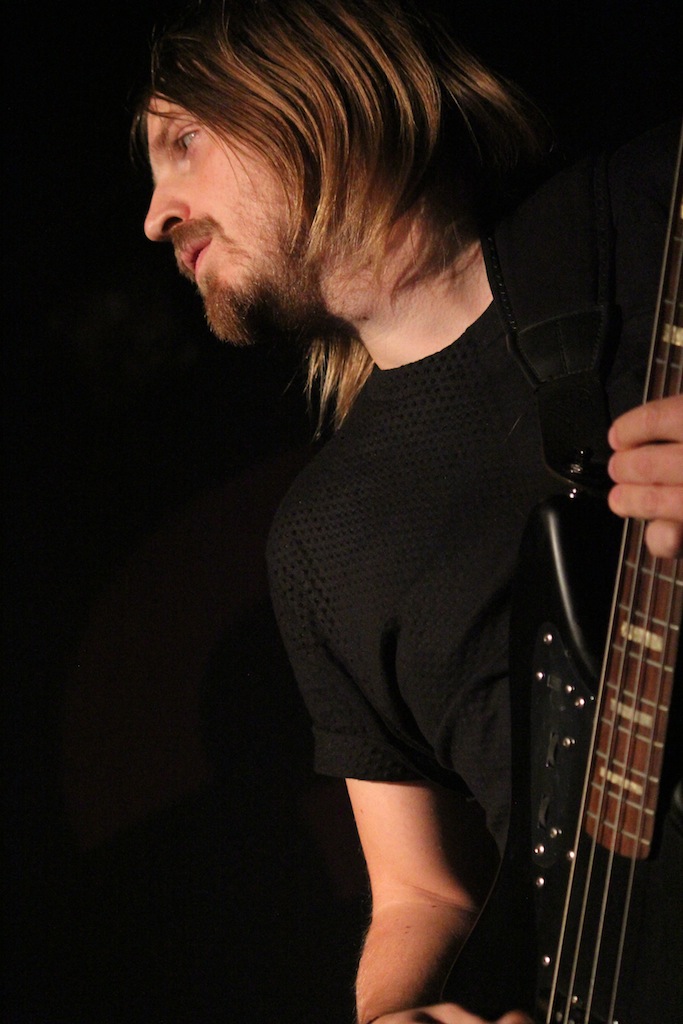 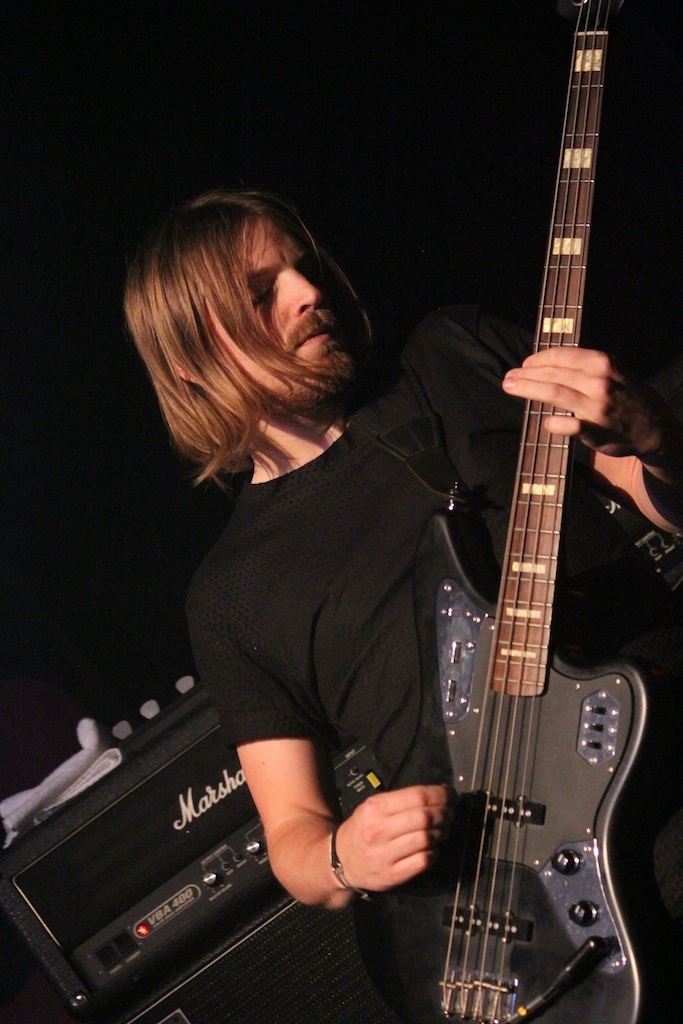 More Photos of Kasabian @ Showbox at the Market