Seattle seems to be THE spot in the U.S. – the current cultural and economic axis; Macklemore, Mary Lambert, weed, Super Bowl, socialist councilperson and the $15/hr wage debate. At least that’s what it seems to a Seattle dweller. Truth be told I don’t know much of whatever the fuck else is happening in the rest of this country aside from shitty weather everywhere east of all the mountains. Hell, our experimental jazz scene was written up in The New York Times (and with good cause). Lost in the cacophonous buzz of this, our latest banner year, is the talent that is Jherek Bischoff. Check his credentials – Seattle should be trumpeting Jherek as loudly as anything else. His solo debut, Composed, is a 36-minute orchestral pop masterpiece that puts most other bands labeled as “orchestral” to shame, due in part to the fact that his record actually sounds like a fucking orchestra playing. The man recorded each instrument one-by-one over the span of a couple of years and lured in the likes of David Byrne, Nels Cline (of Wilco), Carla Bozulich, as well as a slew of Seattle instrumentalists. The record sells at the Frye and netted him a Genius Award nomination next to Eyvind Kang. 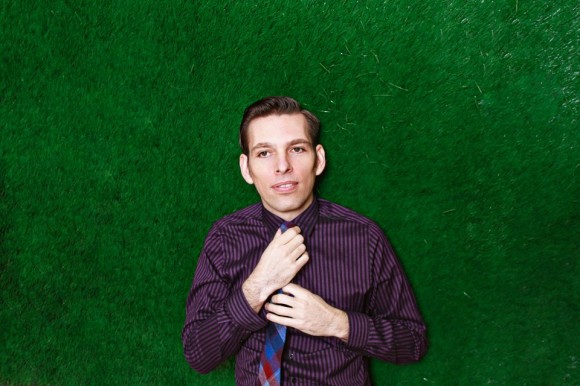 Long-winded exposition finished; how the fuck was the show? He focused mostly on new material, some of which was conceptualized with recorded improvisations in an abandoned cistern, commanding his mic’d up chamber ensemble consisting of two violins, viola, clarinet, cello, and himself switching between bass guitar, drum, ukulele, and conducting. He began with an urgent rocking number driven by his percussive bass playing and punk rock count-offs, his bobbing and shaking unbinding his coiffure and giving him the air of an unraveling tuxedoed eccentric. The next piece was where he really captured the room. Putting down his bass and kneeling in front of a rack tom that he somehow made sound like a timpani, his expressive and sensitive percussion kept time behind an ensemble that also sounded much larger, unfurling a beautiful minimal piece that recalled Phillip Glass and Arvo Part. He deftly shifted from humor to solemnity throughout the set, at one point successfully setting out to, as he said, take a major key and make it sound like the saddest thing in the world. For the first minute or so of the piece, I chuckled as, while he was clearly pulling it off, the novelty still amused me as he staggered stepwise diatonic descending lines against roots that moved separately, imparting multiple tonalities with each passage. And then I lost myself, forgot about the concept, and fell into its morose hypnotism.

Perhaps the biggest success was attempting and successfully executing such a set in a rock club with the audience, many coming in after protests and gatherings, anticipating one of the most intensely anarchic bands in North America. He held the growing audience rapt throughout the duration, proving that “classical” is a really terrible term to attach to music. Steve Reich made the point that it’s really only “composed” music or music communally learned and collaborated upon. To me, when phrased like that, everything seems on equally compatible ground capable of existing across vast tastes and subcultures. Jherek is among the composers today breaking antiquated and divisive labels. Give him a fucking shout out, Seattle!

Admittedly I stopped taking notes for this set because I was on crutches and it was getting tiring. First thing I noticed was they were at a much more comfortable volume than I had expected from listening to their records. You see, I was anticipating this show. Breathing problems anticipating. The band, arranged in a semicircle instead of a more traditional rock band lineup featured guitar/voice, two violins, bass guitar/double bass, and drums. Singer/guitarist Efrim Menuck kept things light in the first third of the set, spinning anecdotes about encounters with sensationalizing, sub-intelligent Seattle reporters acting like they were “in a fucking war zone” as protesters marched peacefully nearby. Still, his demeanor was never vicious or angry, just puzzled and bemused. In between the first couple of songs he fielded questions from audiences ranging from Rob Ford to his favorite dog (spoiler; he doesn’t have one). They burned through some of the heavier tracks off of their last two albums, but Efrim’s light humor, while welcome and endearing, may have initially undermined the intensity. Or maybe they weren’t quite in the zone yet. It happens. But, boy, did they find that zone on “’Piphany Rambler.” Consisting of all acoustic instruments except Manuck’s guitar (bassist Thierry Amar had moved to stand-up double bass), they sounded gigantic, spacious and more dedicated to the sounds and their meanings than they had until that point. That’s when the jaws dropped, the jocularity of the crowd ended, and everyone seemed to find themselves swaying, singing, and weeping. And, from that point until the devastating penultimate “What We Loved Was Not Enough,” they held on and never let up.

It was at that point that a surreal veil seemed to hang between the stage and the crowd. This became a band that didn’t seem like it should be people playing on a small stage in a small rock club. They seemed infinitely distant even though I was about 20 feet from them. This became a band whose sounds and voices needed to surround us as ghosts, as abstractions, as voices in the ether, echoing the ideas of our better selves. 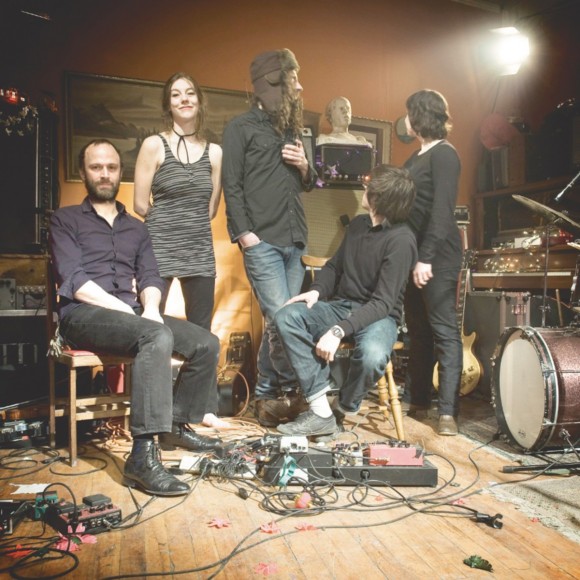