Electronic duo Ronan Harris and Mark Jackson, well-known as VNV Nation, have a headlining show this Friday, October 7th at the Showbox!

Originally from Dublin, Ireland and Essex, England, respectively, Harris and Jackson created VNV Nation (that’s Victory Not Vengeance Nation) in 1990. Are they dance music? Goth? EBM (Electronic Body Music in the tradition of Kraftwerk)? They’re a bit of all kinds of electronic goodness, and they’re currently based in Berlin, Germany, an excellent location for electronic music. The pair has steadily released very well-received albums since their 1995 debut, Advance and Follow; from that point on VNV Nation became influential in their own right. How did I learn of them? I don’t mean this as a plug, okay, maybe a little because I love the show so much. I heard them on Seattle’s C89.5’s On the Edge, where I have found such great music over the years. 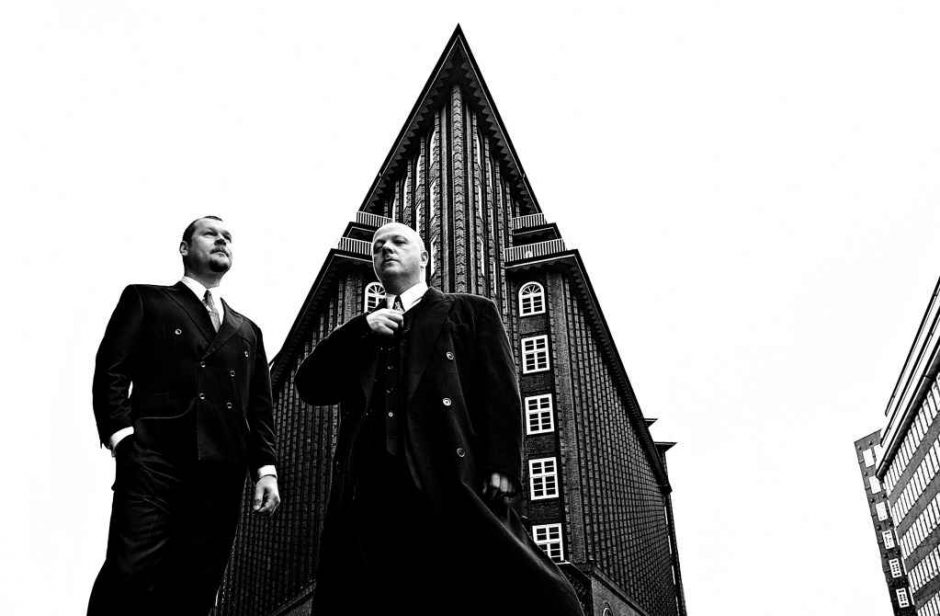 Before I leave you with the title track from 1998’s EP Solitary, here’s where you can get your tickets. The show did just sell out a few hours ago, but check the page. Who knows, you might get lucky.

And fun Halloweeny reporting from Wikipedia discovered: Mark Jackson raises tarantulas. Is this true? Please tell me this is true.