Ever read some review of an album or a show and think to yourself “I could do better than this pile of poo?” Well, Ben Folds gave his fans the opportunity to prove to everyone that he’s got what it takes. The talented pianist/singer is offering up his time and thoughts to his fans in online interviews leading up to the release of Folds’ new project with cohort and British novelist Nick Hornby called Lonely Avenue. Here’s what his website has to say about the interview experiment:

“Over the next week we will be sifting through Ben’s Twitter, Facebook, and Myspace comments to find 15-20 potential fan interviewers to conduct a series of live 10 minute online video interviews with Ben Folds in the run up to the release of Lonely Avenue on September 28th. The interview series will also include interviews/discussions with Ben conducted by other notable artists.”

Unfortunately, the deadline to add your own question has passed, but you can still experience the interviews on his site. They are streaming live and the notable artists they mention are ones you have most likely heard of, if not actively adore. (Like the interview yesterday with Amanda Palmer of Dresden Dolls and solo fame and her fiance, the award-winning British author Neil Gaiman.) One word of advice, though. Show up to the chat room early as there is a 500 person cap on attendees and that was quickly reached for yesterday’s installment before the interview even began. 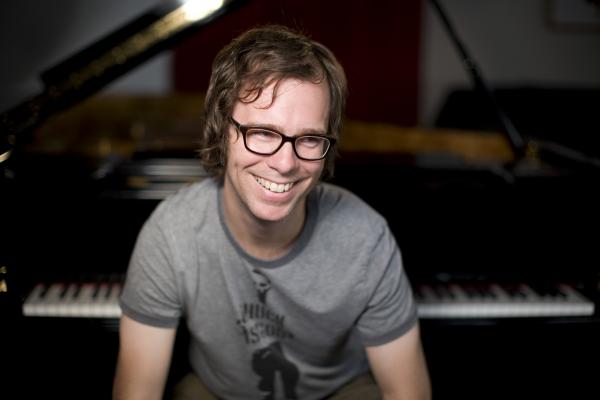 As for the album, having heard a few bits and pieces so far, it’s got an interesting mix of typical Ben Folds magic with a different style of lyrics. The emotion and straight from your heart feel is there, but it’s expressed a little differently. This is most likely due to Nick Hornby collaborating with Folds on the lyrics. It’s an exciting concept, and we’re looking forward to hearing the full album which is currently only available on pre-order.