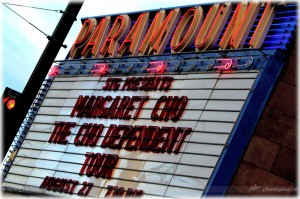 The Cho Dependent Tour features the ribald, risqué, and downright raunchy live comedy of 41 yo, Korean-American comic, Margaret Cho. By the way, Cho – could easily pass for a girl in her twenties – as you see in the photos – she looks great! I think laughter keeps you young.

Colorful tattoos on display with a quite pretty dress and killer silver shoes, Cho hit the Paramount last night, seemingly dropping every punch line to an admiring audience. Now, her comedy is not for the faint of heart, nor anyone that has an easily (or even moderately) offendable bone in their body. In fact, if you can be offended at all, well, you should probably find an alternate form of entertainment from this show. Because it’s bleeping hilarious, and all the unmentionables are, well mentioned – whether it be sexual acts, preferences, her assurance that she must be but one life from being reincarnated as the ultimate life form – a gay man.

Yep, Margaret Cho is a no holds barred roaringly long, hard, rough ride of my belly hurts laughter – because yeah, I am down with things being funny, because being offended simply takes too much energy! And laughing about all the quirks about sex, life, love, family, and friends is so much more fun! 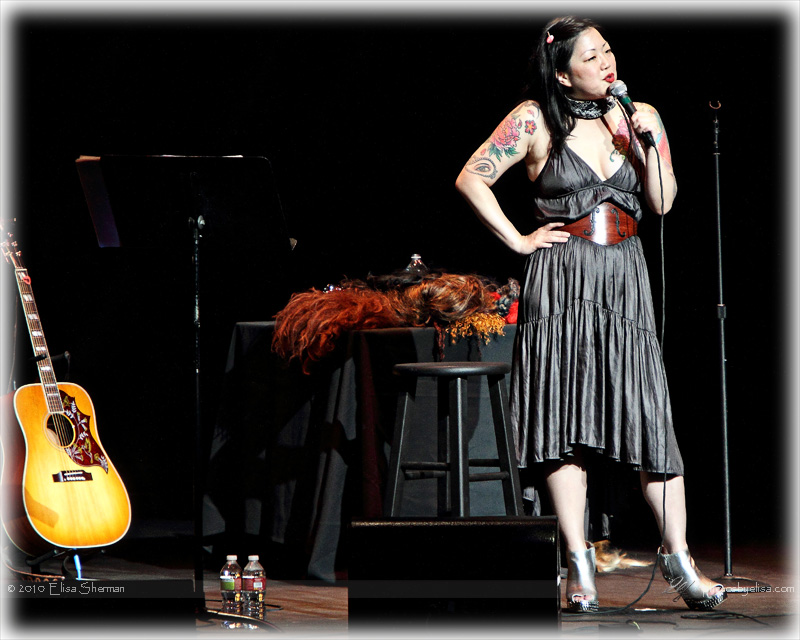 into the comedy, one of which recalls/ode to, her once unrequited love (of 17 yrs) of former writer (from her ’90s series), that when she looked him up on her 40th birthday, found is now serving time for murder of his wife…the punchline – “good thing we didn’t hook up!” It’s that ability to turn the morbid to comedic genius that makes Cho brilliant on stage.

She in turn does this again, though less morbidly – when recalling the “heroic” craziness from the recent Jet Blue flight attendant freak-out, and emergency chute escape – yes, Cho is able to turn pure WTF newsy moments, into laughter. Stories of Porta-Potties, medical marijuana lollipops, closed vaginas, senior citizen strip clubs – and more – barely give a hint to the 1.5 hours of raunchy comedy you get at a Cho Dependent Tour stop. She is just f-in hilarious, and she brings along her fave gay comic, John Roberts to warm up the crowd.

Photos from the night: 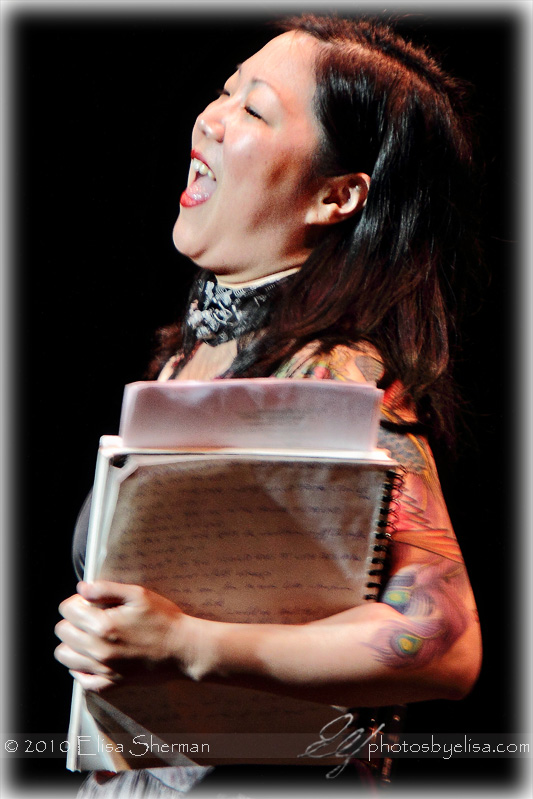 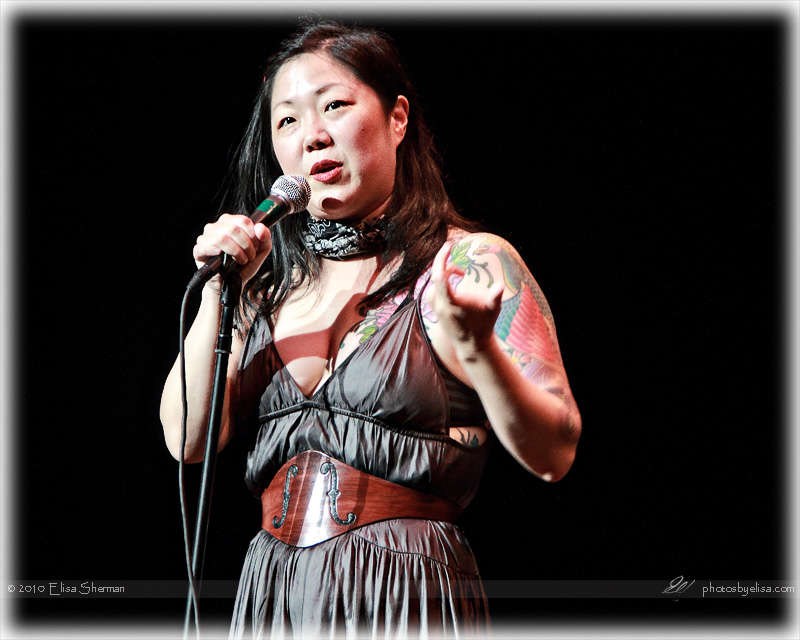 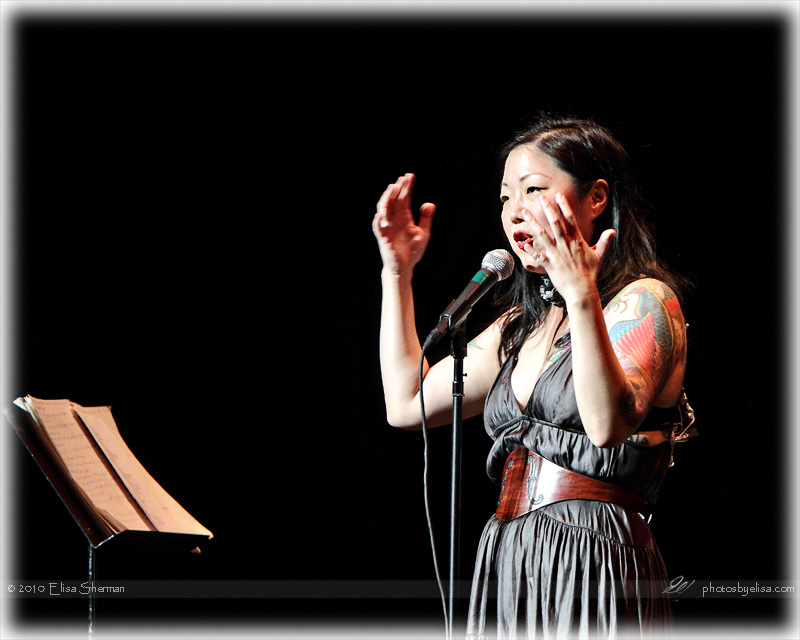 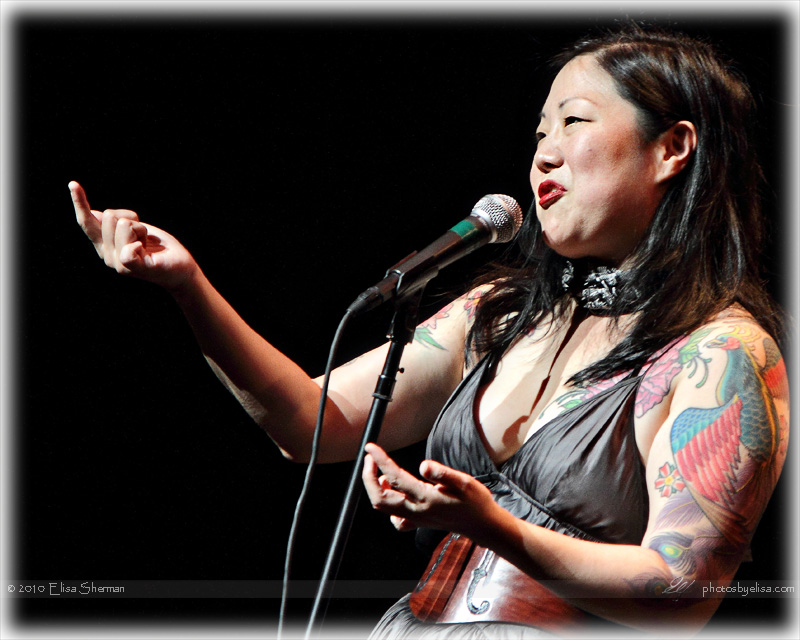 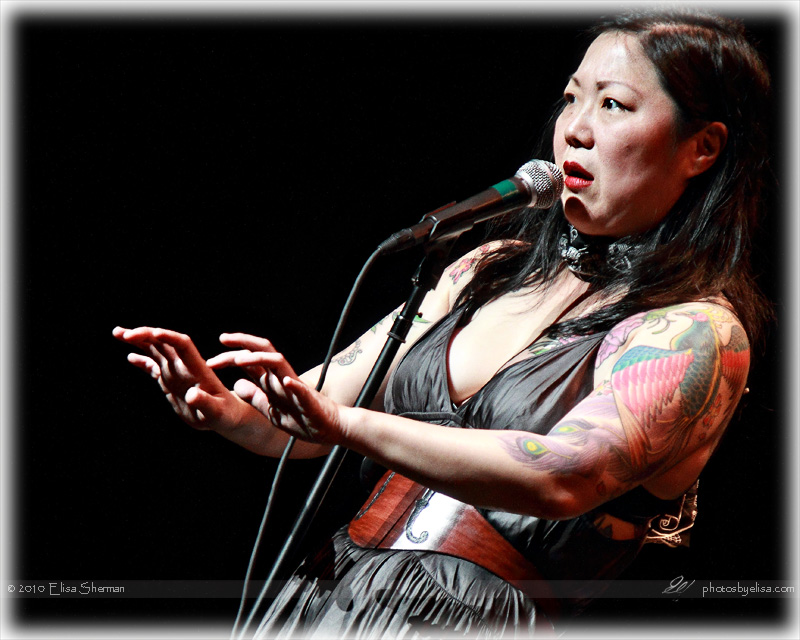 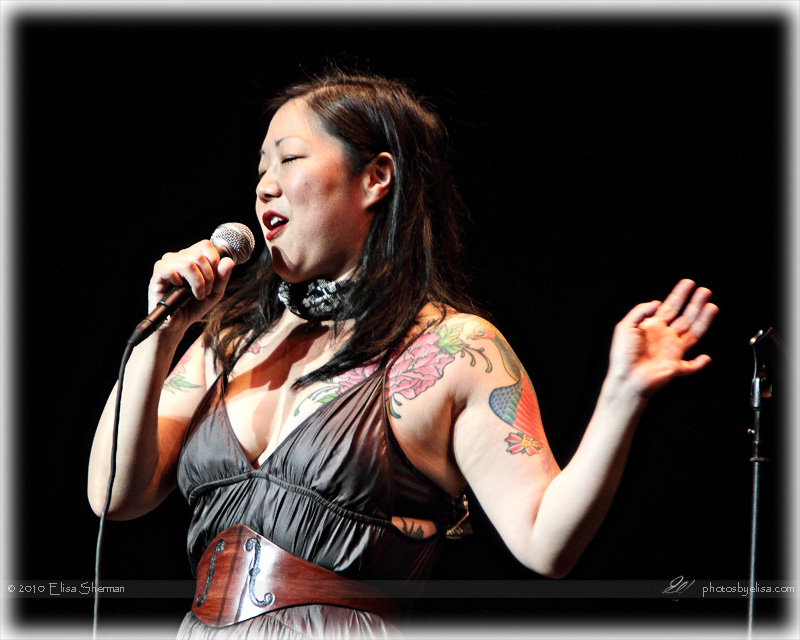 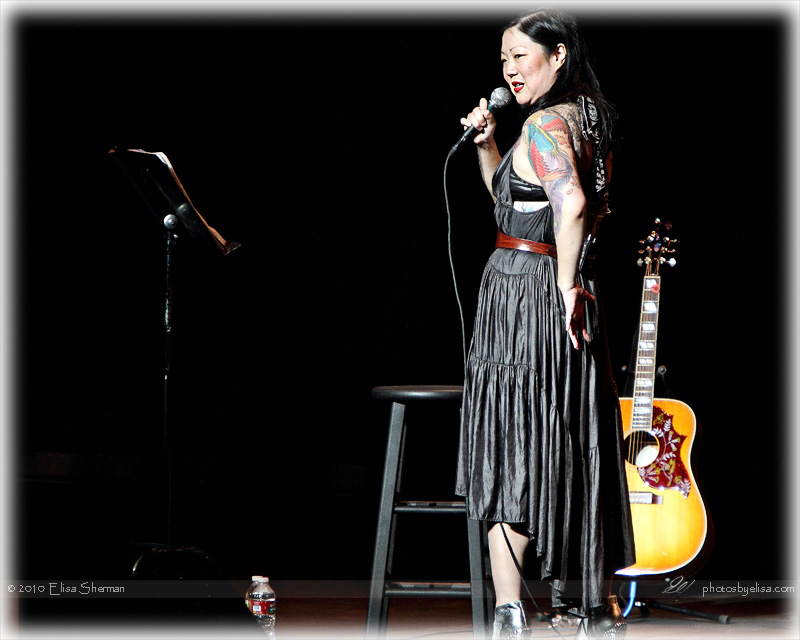 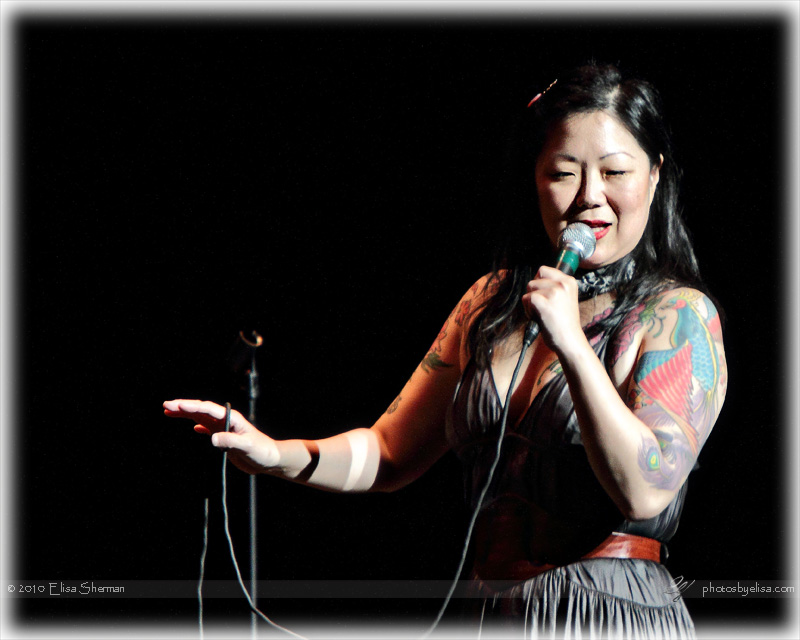 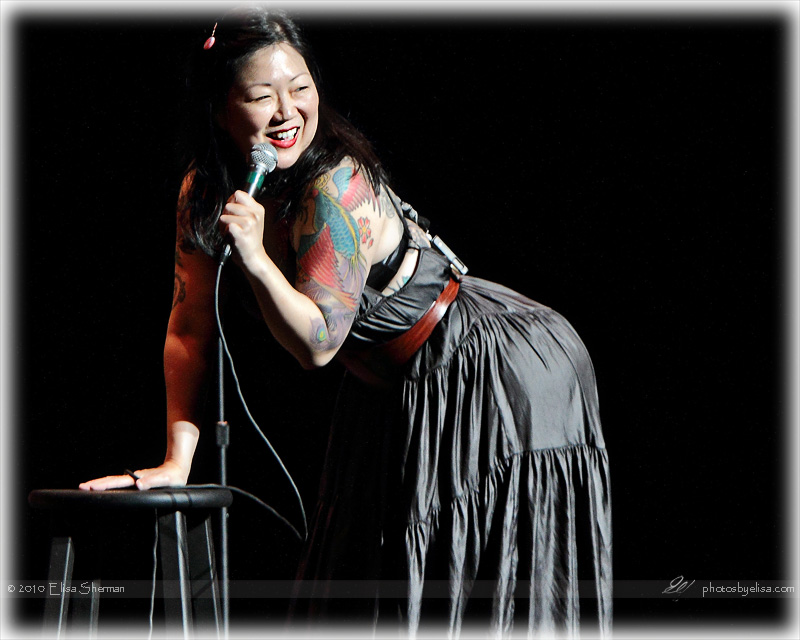 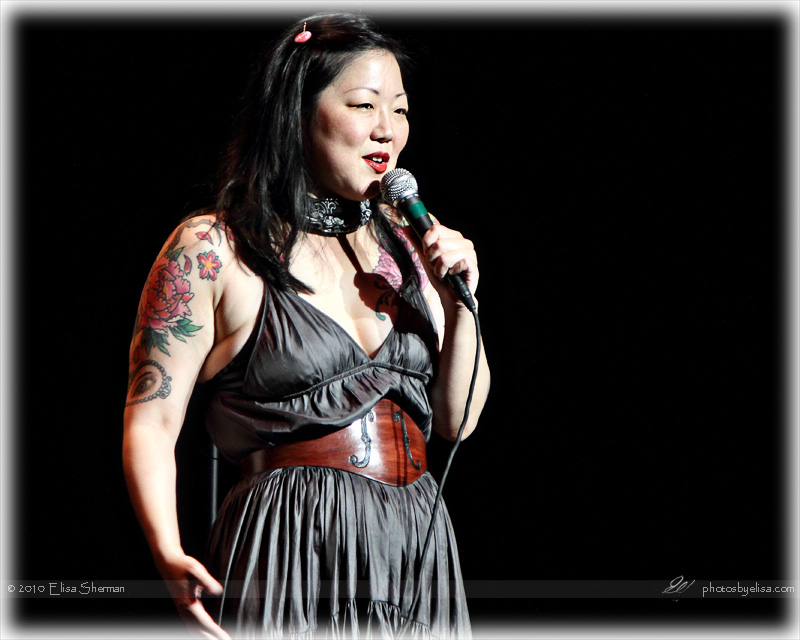 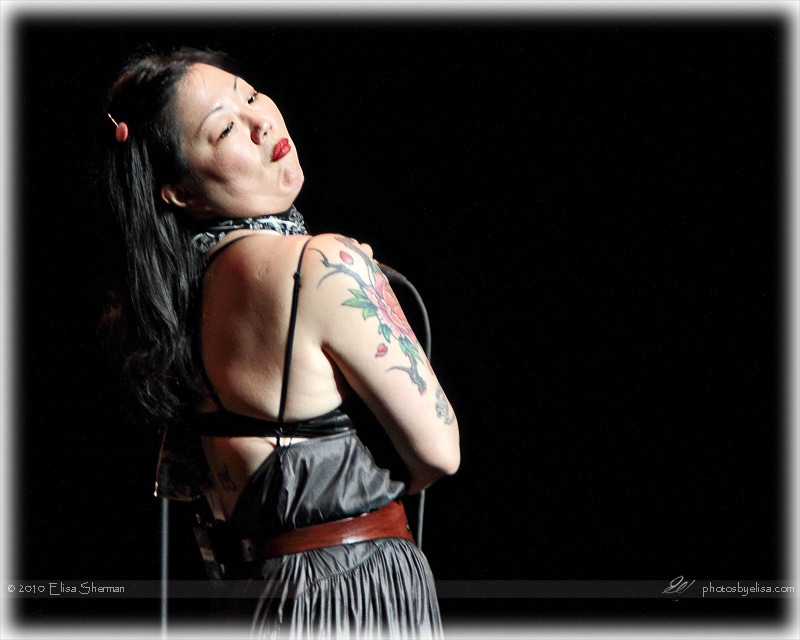 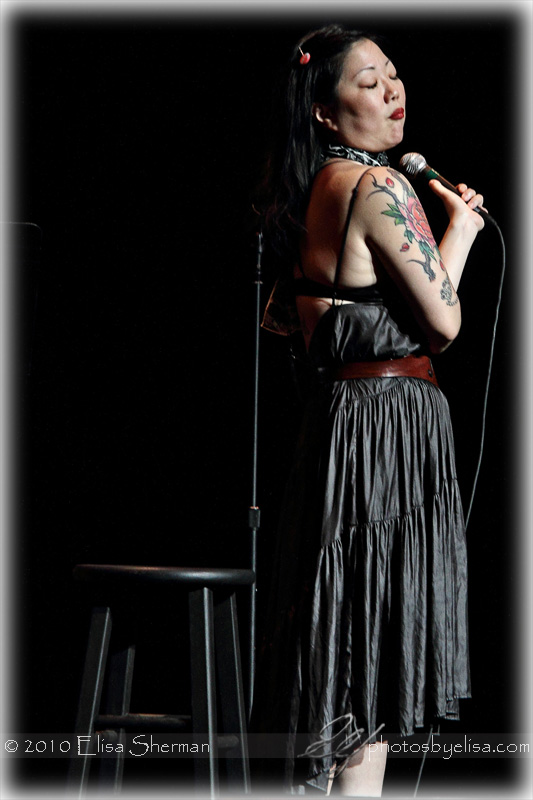 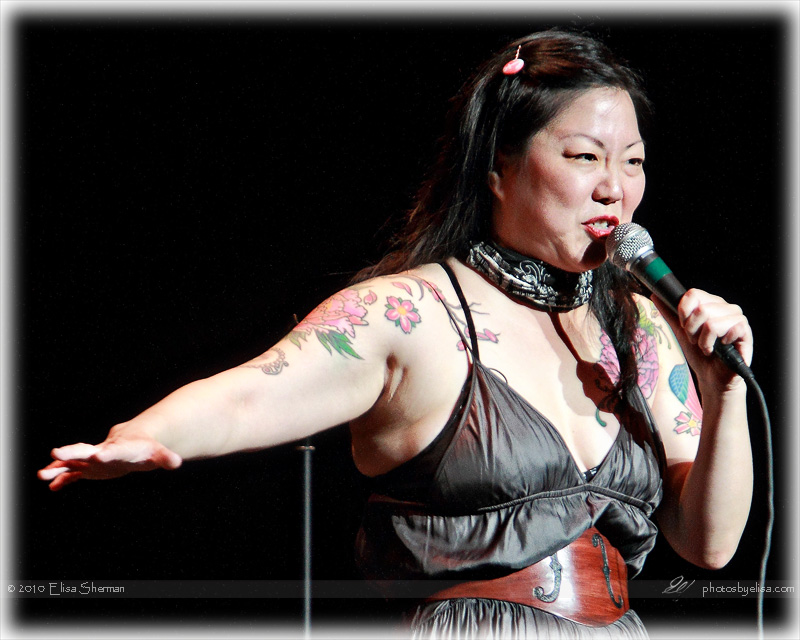 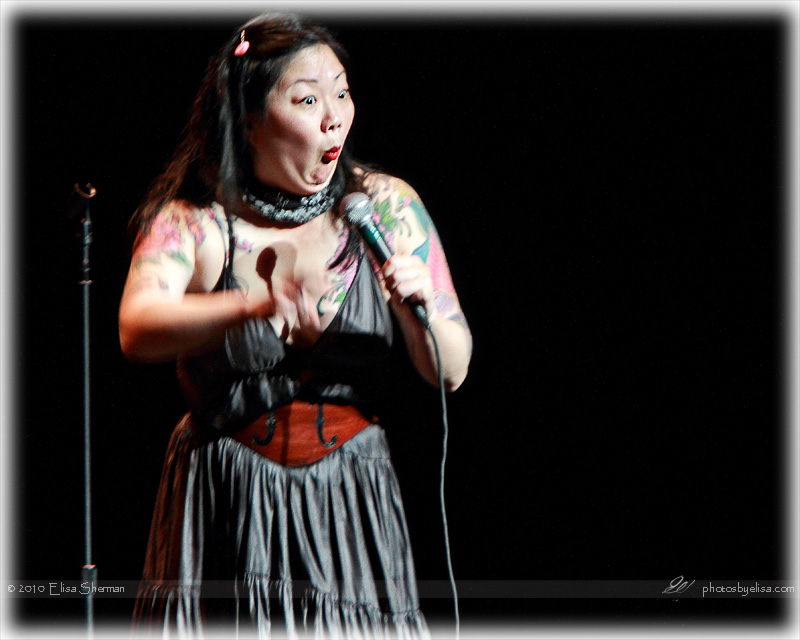 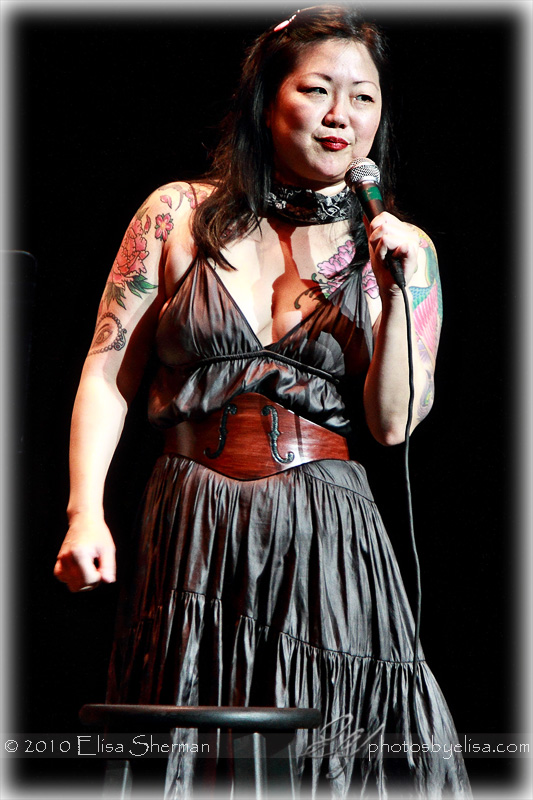 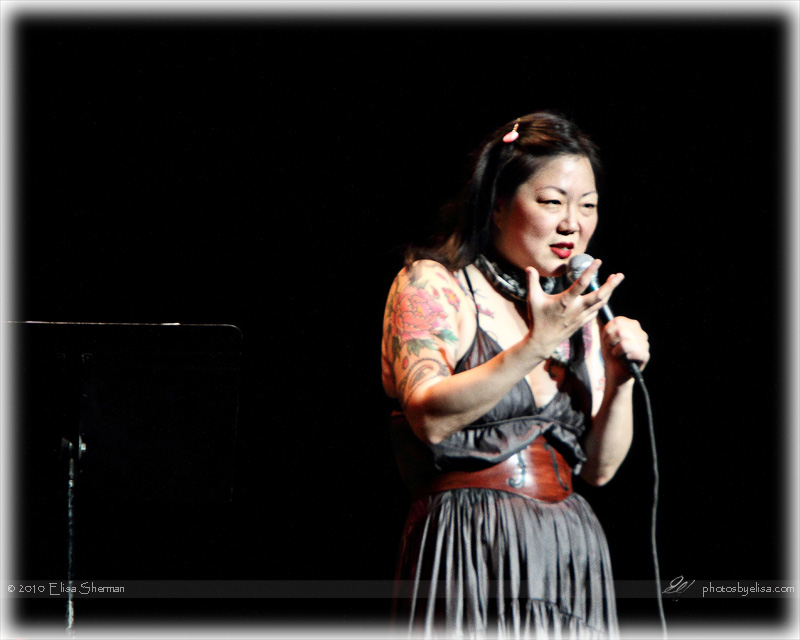 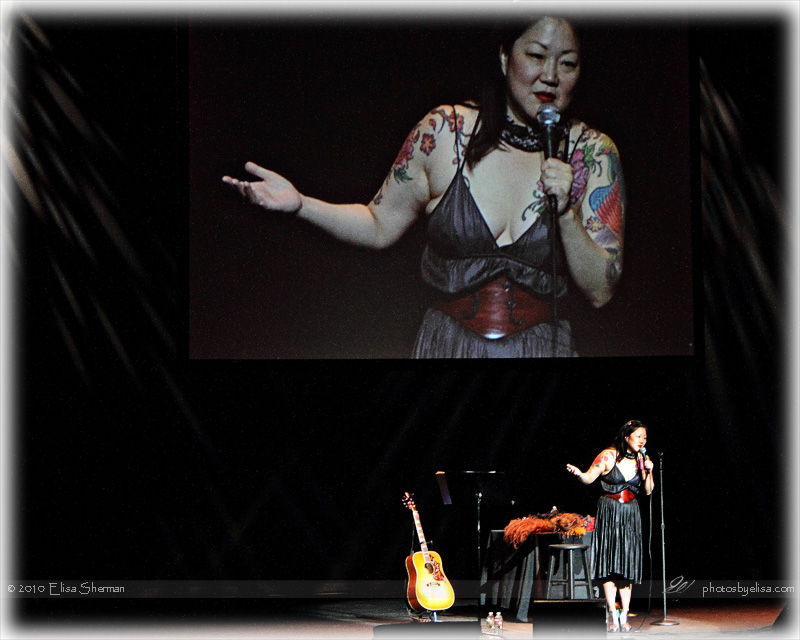 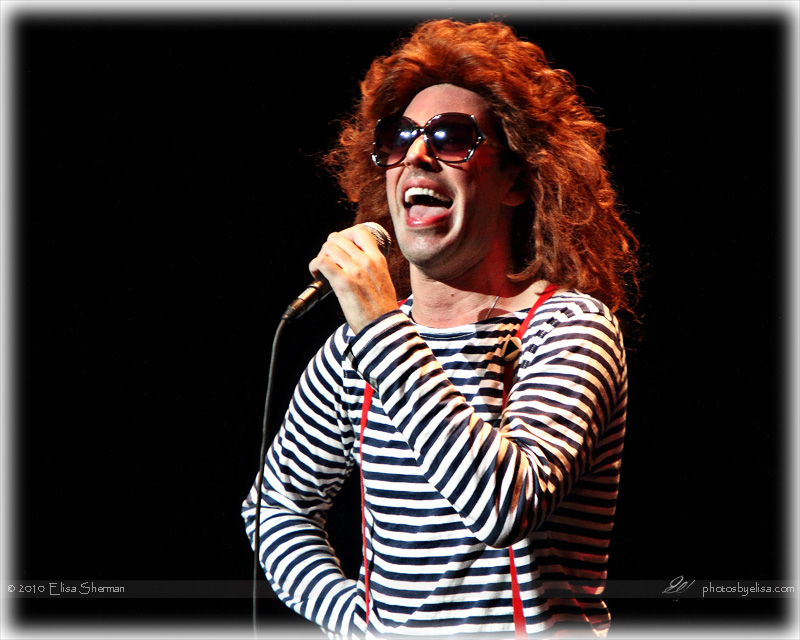 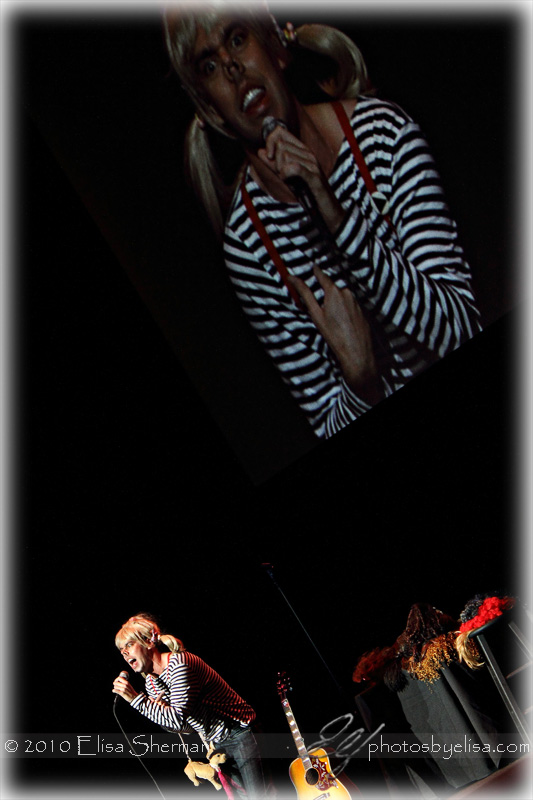 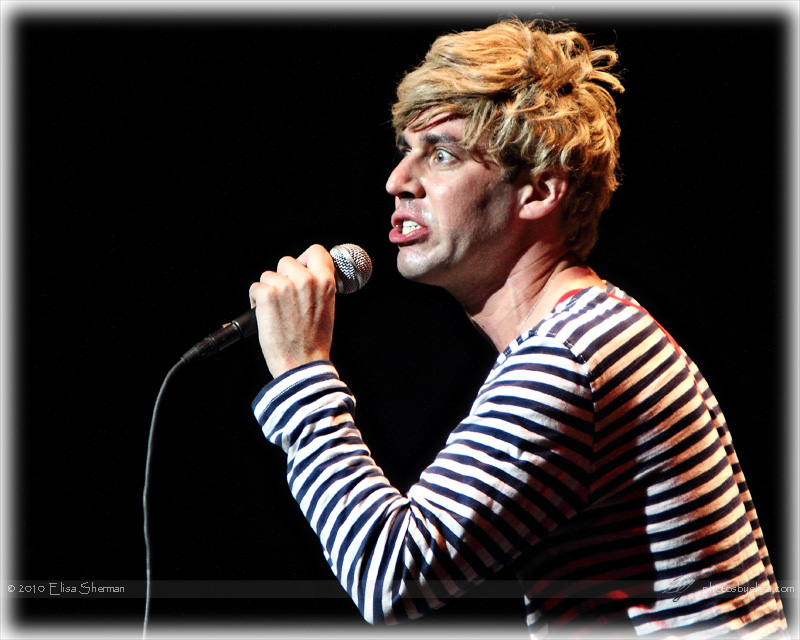