Artist: The Rolling Stones
Song: “Too Much Blood”
Why You Want to Watch: Ron Wood and Keith Richards go after Mick Jagger with chainsaws, Jagger dances. And writhes around on the floor. And he raps.
Details: Julien Temple (Absolute Beginners, Earth Girls Are Easy) directed the video. 1983’s Undercover, the album “Too Much Blood” comes from, may not have received the best reviews, but it’s got this song on it, and that’s good by me. 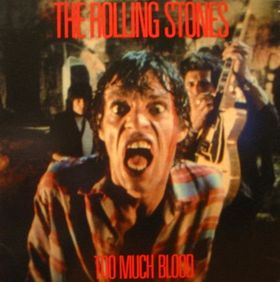 The Rolling Stones‘ “Too Much Blood” Single