Those Darlins @ the Tractor, 8/5
Review by Dana Easterling 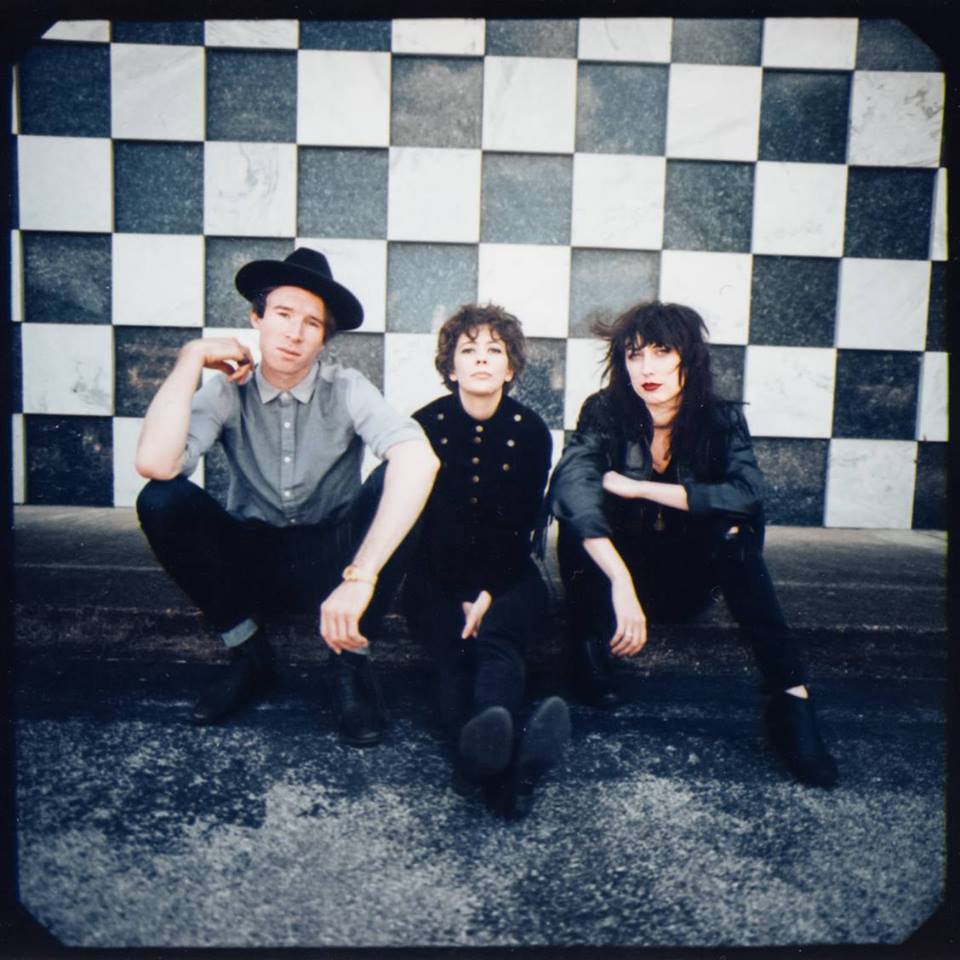 Those Darlins – photo by Angelina Castillo

Nashville’s Those Darlins wowed at the Tractor on August 5th. Their current tour has them opening for Diarrhea Planet, also from Nashville, but honestly this band deserves a headlining gig of their own. As they took the stage the band acknowledged the many friends and family in attendance, leading to the feeling that you were watching them perform at a backyard barbecue – part rock show, part family reunion.

The band experienced issues with sound quality during their first songs, and it was clear that they were concerned about putting on a quality show. While Nikki and Jessi Darlin sounded muffled and distant during the first portion of the set, I was struck by the fact that Linwood Regensburg is an amazing drummer. You don’t hear it as strongly on the records, probably because the unique vocals take center stage, but hearing him play live was mesmerizing. The band focused on tracks from their most recent album, Blur the Lines, and its predecessor, Screws Get Loose. I had really wanted to hear them play “Be Your Bro” live, so I was thrilled to hear them dedicate the song to a family member at the beginning of their set. They played a rocking rendition of “Then He Kissed Me,” and, with the sound issues resolved, kicked it into high gear with one of my favorites, “Screws Get Loose.” Nikki and Jessi’s combination of sultry, smoky, and twangy vocals are so intriguing; I don’t think that there was a person in the room who could avoid loving this band at that point.

Diarrhea Planet joined Those Darlins onstage for “Night Jogger,” but for me the real treat was to see Nikki set her guitar to the side and engage with the crowd for this tune. Her energy was contagious as she jogged in place and implored of us, “What you running from?” The night ended with a spirited performance of “That Man,” and I joined the rest of the enraptured audience in singing along.