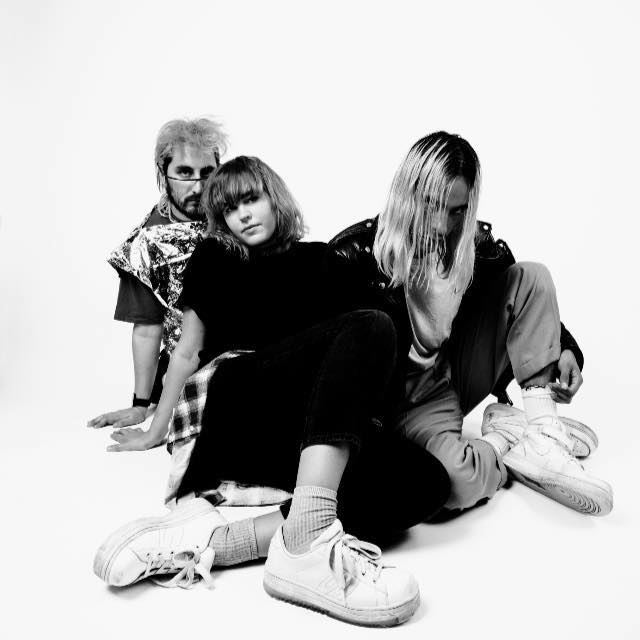 New Seattle, for better or worse. When world touring, label-signed critical darlings play Chop Suey at 2/3 capacity, something is lamentably amiss. When one might be excused for wondering if they might have stumbled into a museum on the history of children’s pajamas, one might see the identity crisis at the core of this overhauled city, and if you’re looking for candidates acting as exemplary microcosms of this paradigm shift, Naomi Punk and So Pitted would lead the pack.

Naomi Punk, equally rooted in Seattle and Olympia, has been kicking around the scene for years with a sound that is instantly identifiable due in large part to their steadfast refusal to move one centimeter off their central formula. It’s almost as if their refusal to evolve is their own defiant and defining statement. Even though they loaded their set with unreleased material, they’ve never expanded their sonic palette and singer Travis Coster is starting to sound like he could use some help from his band mates. That’s not to say they weren’t good or interesting. Their continually moving yet repetitive riffs, played in literal lock-step synchronicity with the drummer, can be powerful and hypnotic. There’s always just enough texture to channel spectral voices in the frequent stops and starts. They’re very good at their stubbornly singular approach.

I can see why So Pitted has blown up – their energy is vibrant and their songs take some unique twists and deviations without falling into the potentially dreaded “arty” realm (which happens to butter my own personal biscuits because…eh, so what). Seemingly rooted equally in Weezer and Big Black, they work off a compelling split personality effect depending who’s on guitar/vocals and who’s on drums. Nathan and Liam often switch back and forth, with Nathan bringing aggression, swagger, and bravado, and Liam countering with oddball quirk and wry humor. J9 keeps the proceedings grounded and unified, and God bless her for it.

That said, it’s hard to say what the Northwest holds for these two acts as it seems Seattle’s stock and trade in the rock scene lies with an increasingly desperate clinging to reverse-elitist intellectual anti-intellectualism, a sense of rebellion that has no definition, never as confrontational as it thinks it is. At the same time these two bands could never have been born anywhere else. Hippie peace messages at punk volume or side winking suggest that it’s all a kind of joke they’re letting us in on. Naomi Punk’s unwavering orthodoxy to their own style might be a rebellion of sorts, daring the audience to keep coming back on their own terms, but that’s the unfortunate paradox of New Seattle -the drifting, free-floating ends of a culture clinging to an ideal that extends little beyond aesthetic. It’s the death cycle of playing to a narcoleptic city that sometimes wakes itself up with tremors and screams.