Two weeks after Sasquatch is over, I am still just buzzing about it, ogling at some of my favorite shots, and still rocking one out of the three wristbands I received on that fateful weekend. The other two came off in the shower on two separate occasions.

Apologies that I have taken this long to actually tell you all what the festival was like. And this will be part 1 of 3. I’ll try to keep it relatively brief.

Since traffic was completely against me on Friday, Saturday was officially my first day this year, and it started off in a pretty big way. One of my hometown favorites, Pickwick played the main stage at noon. The last time I saw this band was at a church in Suburban Tacoma, so this was a pretty epic step up. 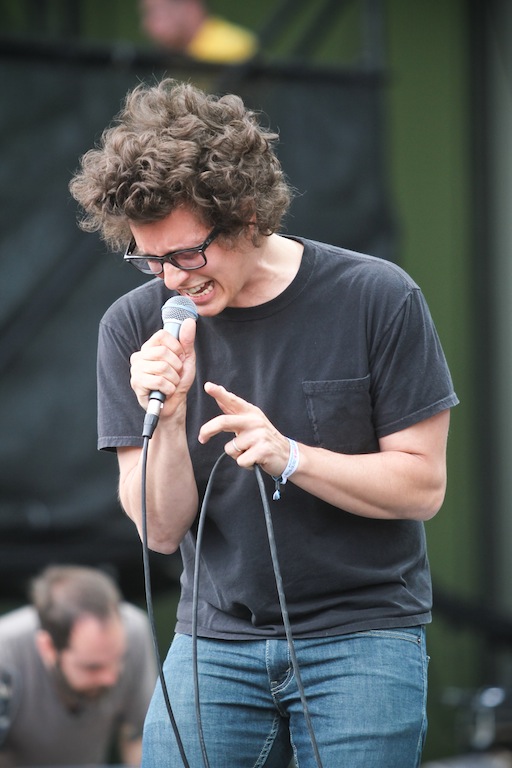 Also, one of several new Canadian discoveries – Said The Whale, pleasantly surprised me at the Yeti Stage. I am a bit ashamed to say that I tend to not pay much attention to Canadian bands these days, and Sasquatch is the only U.S. festival that I know of that strives to highlight some of the up-and-coming Canadian bands. Said The Whale was definitely one of the best this weekend.

Once I stuck around for a bit of Said The Whale, I hopped over to the Banana Shack to catch a glimpse of Carrie Brownstein and Fred Armisen, aka Portlandia. I’m still not entirely sure what the segment consisted of entirely, since I left after about 20 minutes. They read funny texts and looked at old goofy photos. Either way, it was precious and I can say that I was an arm’s length from Fred Armisen. That’s pretty cool. 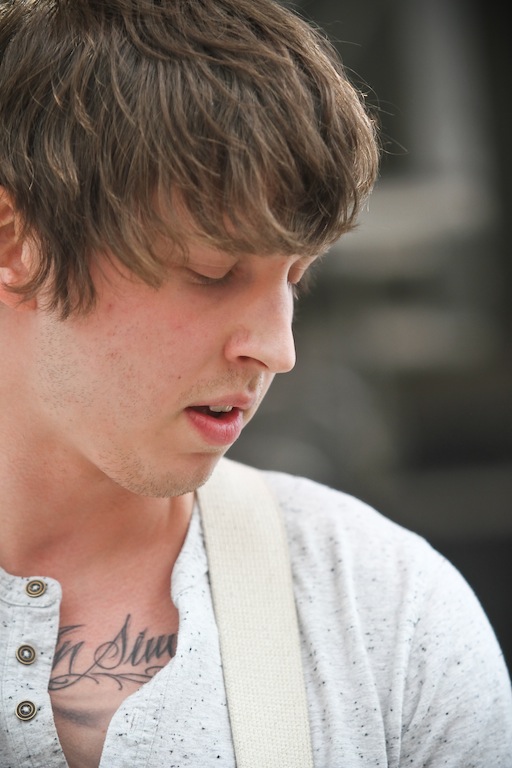 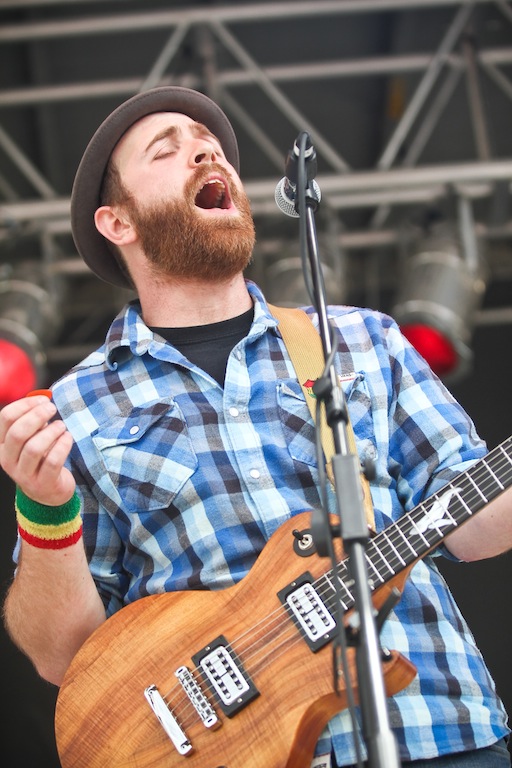 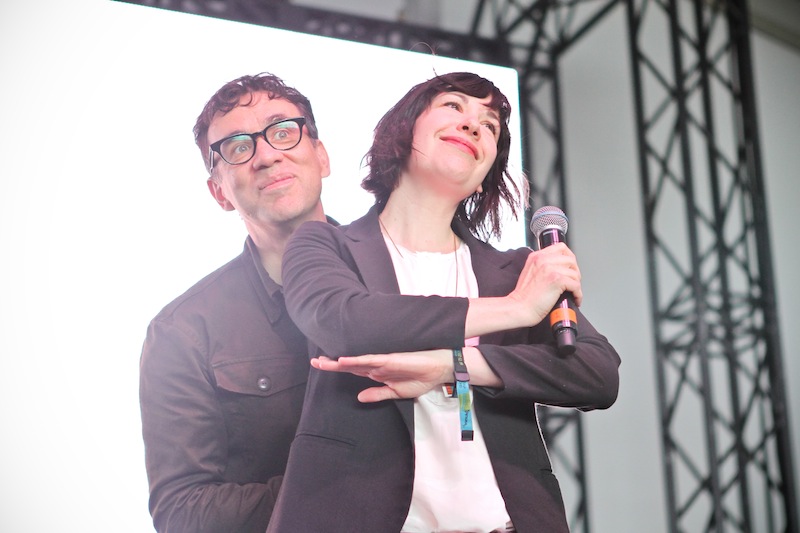 Local hip-hop duo THEESatisfaction was up next, again on the Yeti Stage. Those girls have a chemistry on stage like no other, and like Pickwick, they’ve stayed humble even in this banner year they’re having (it was recently announced that they’ll be playing Doe Bay Fest in August). I mean, THEESatisfaction played at the University of Washington Tacoma two weeks before Sasquatch. It makes me wish that I had stayed to get my Master’s Degree. 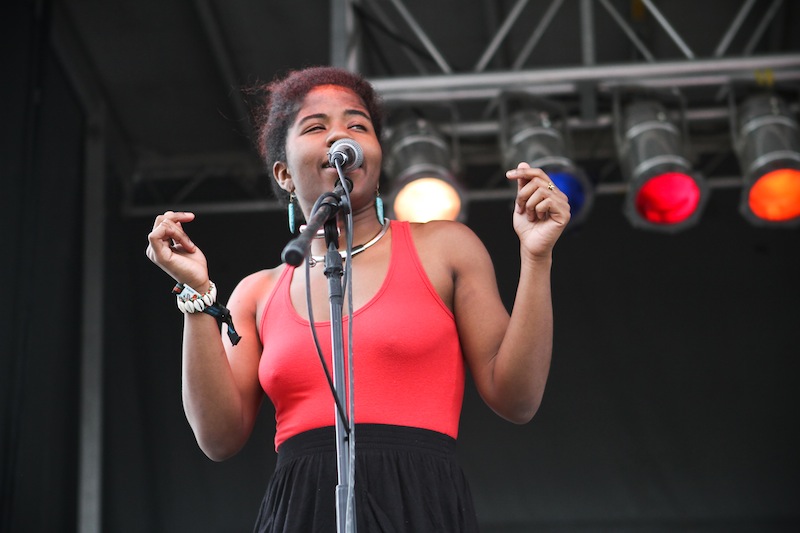 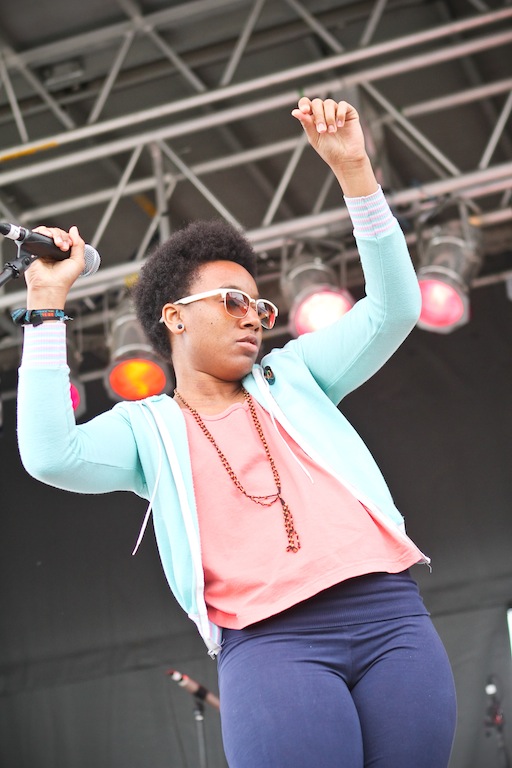 Next up was Kurt Vile, followed by Dum Dum Girls, both of whom brought out a generous crowd to the Bigfoot Stage. Dum Dum Girls were definitely the most immaculately dressed band of the weekend, and they rocked pretty hard too. 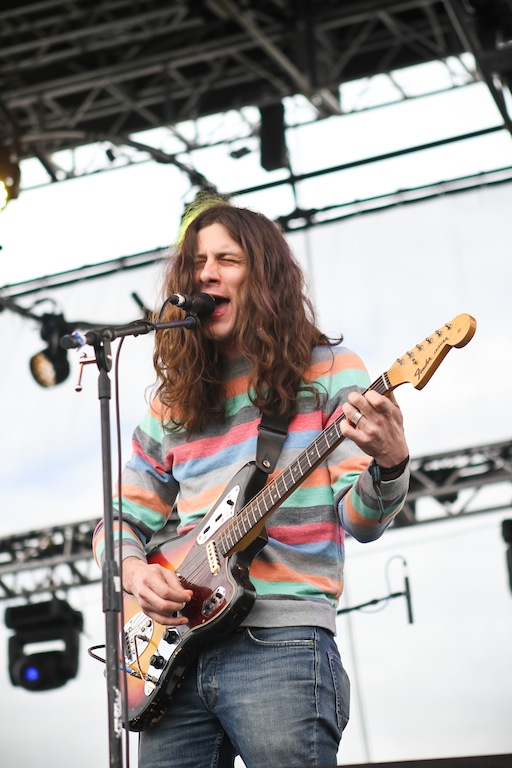 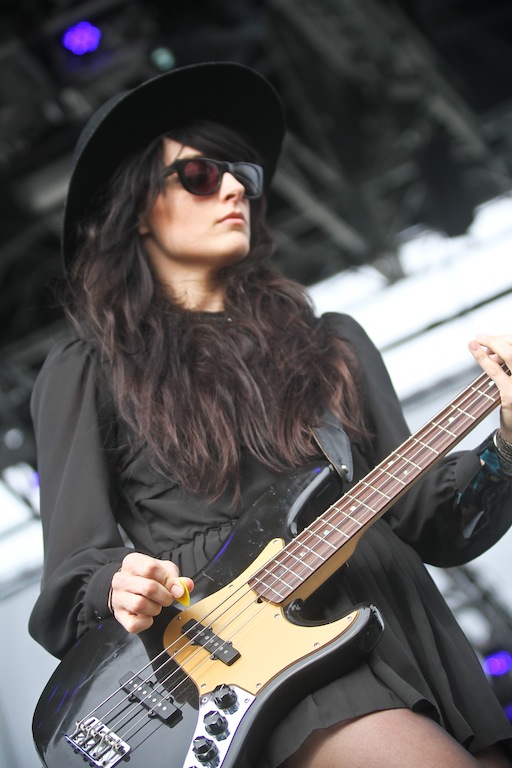 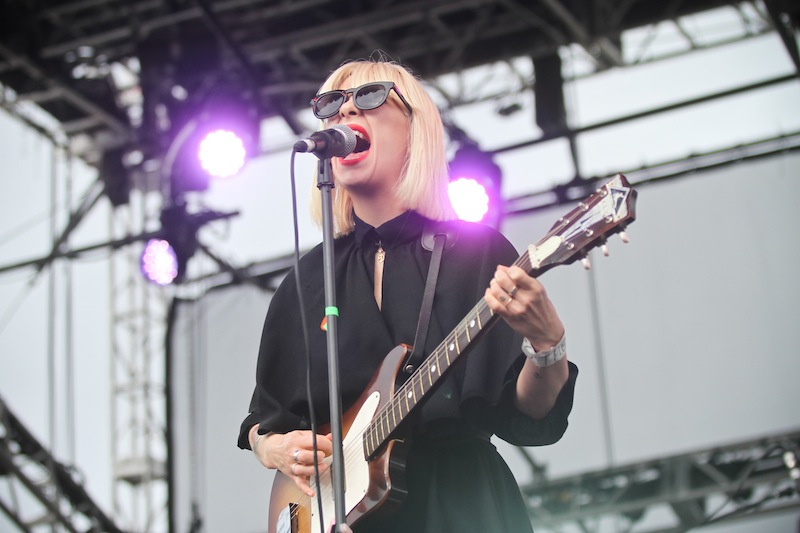 I ventured back to the main stage for Childish Gambino, who surprised me so much that I couldn’t stop talking about it all weekend. He was both talented and the most dynamic hip-hop artist I have ever seen (granted, I haven’t seen that many), but his experience with comedy and acting certainly helped his stage presence, taking up that whole stage with just his facial expressions alone. I was thoroughly impressed, and again, I’m not a fan of hip-hop.

I caught a bit of Metric before heading back up the hill, but I hate to say that they were lackluster in the late afternoon. Maybe it was just that the new songs aren’t that good. Hmm. 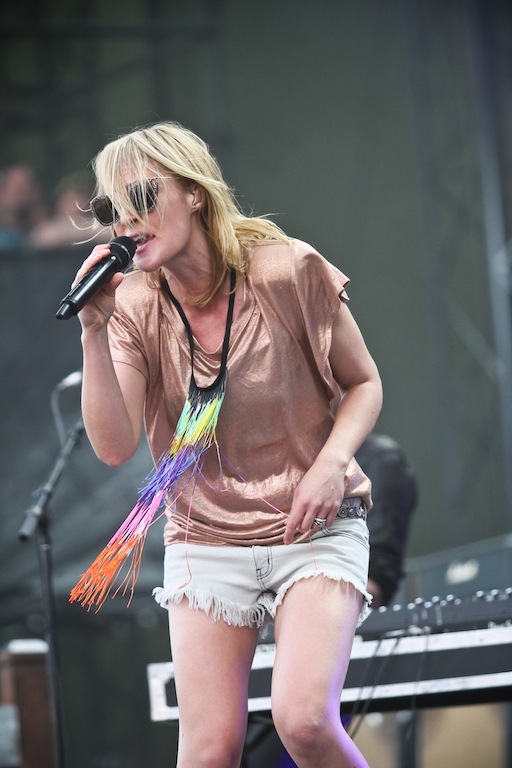 But I did make it up the hill on time to catch tUnE-yArDs, whose stage performance is as wacky as the grammar of their band name. While it was wacky, it was completely entrancing , and from what I heard from people that saw their whole set, everyone else felt that way too. It was also a bit of clue that they were going to be good when every photographer at the Gorge shoved their way into the pit. 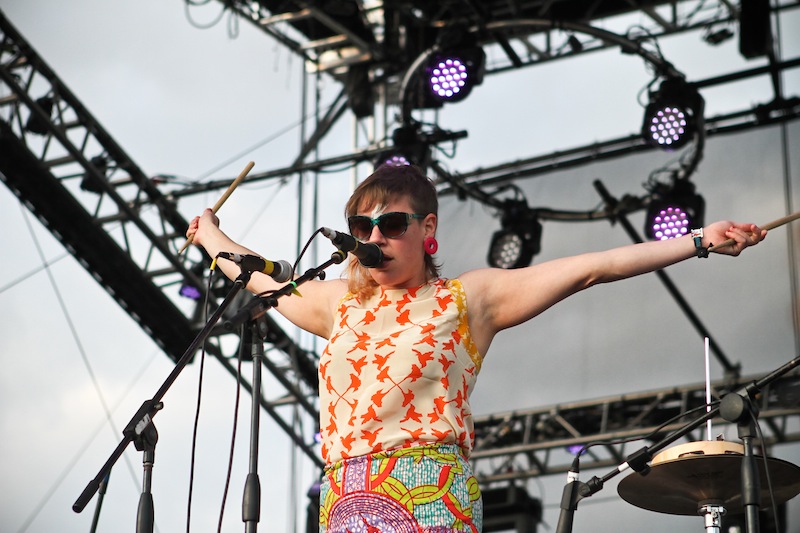 Another Canadian gem was Cœur de pirate on the Yeti Stage, the moniker of one very pregnant Béatrice Martin. She took the stage six months pregnant and sang in French, and it was lovely, pleasant, and a perfect calm before the storm that was the last two acts of the evening. 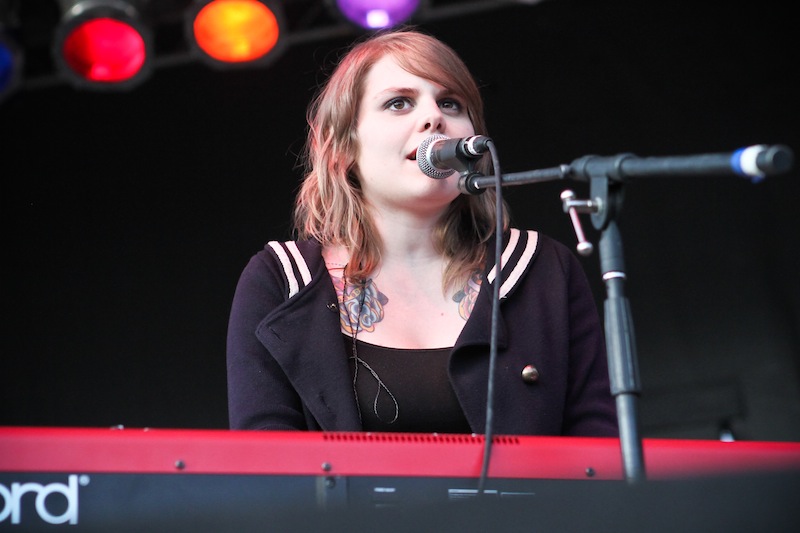 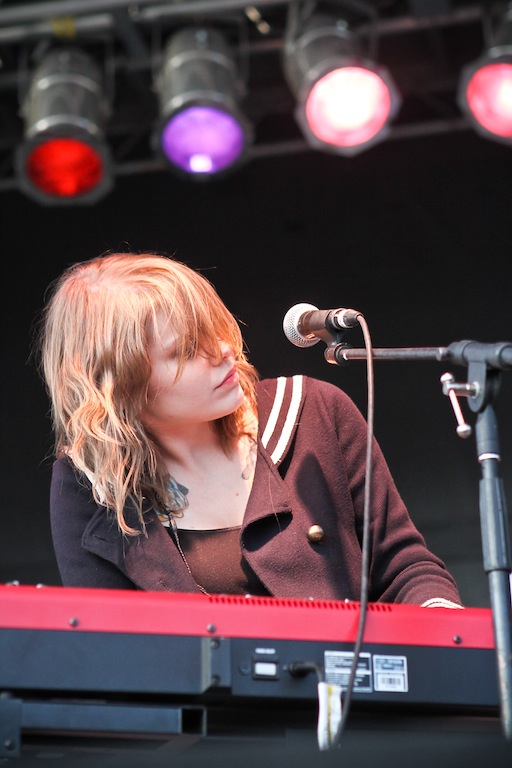 The first of which was St. Vincent on the Bigfoot Stage, who again filled the pit. Annie Clark’s sweet voice is so misleading, you almost think that it isn’t real because she literally shreds. She’s what would happen if Feist and Björk had a baby, well. . . if that could happen. You know that I mean. The pairing of her soft and beautiful voice and the ferocious guitar licks is just like nothing I have ever seen. She made me feel like an idiot for not giving her last two albums a real good listen. Shame on you, Abby. Shame on you! 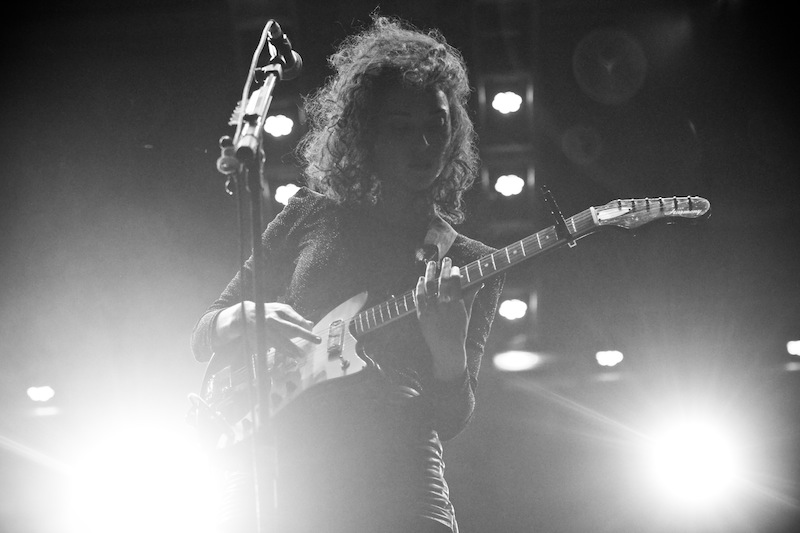 However, I was wholeheartedly aware of the next musician’s genius. Jack White was one of the names that when they came across the screen at the lineup announcement show I almost peed myself. When The White Stripes broke up a year and a half ago I was devastated but I should have known better than to think that it meant that Jack was done. He won’t be done with music until he’s dead. Or at least he shouldn’t be. He and his band were dressed to the nines, and the stage was an eerie shade of blue, giving it an unreal feel. It may as well have been unreal, because I was just in awe of Jack White’s talent and passion and stage presence and hair. Not only did he plays songs from Blunderbuss, he busted out with “Steady As She Goes” from The Raconteurs, “Seven Nation Army,” and an updated version of “Dead Leaves and the Dirty Ground.” Yeah, he was OLD school. Granted, it made me feel really old when I thought about the fact that the first White Stripes album came out 11 years ago (!), but it was nothing less than glorious to end the first evening that way. 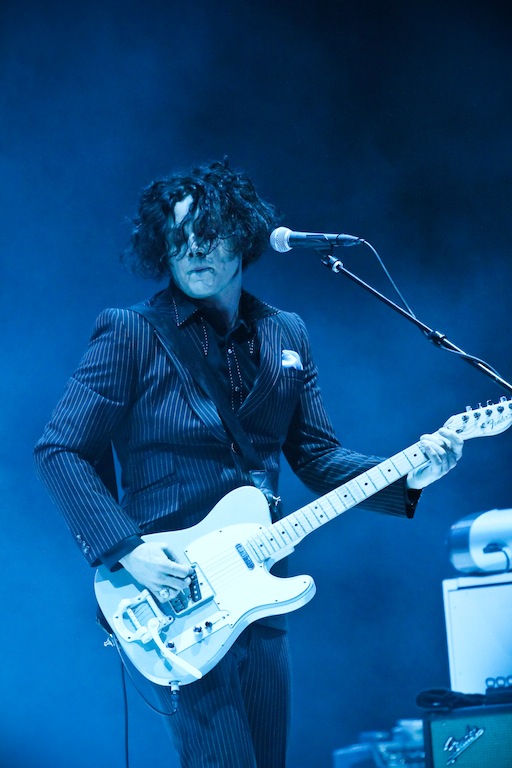