Marc Broussard brought his soul singing rock and roll blues to Showbox at the Market on June 25. Growing up in Carencro, Louisiana the son of a musician, Broussard was immersed in the sounds of soul, funk, gospel and blues. He developed a great affinity and affection for soul legends like Marvin Gaye, Al Green, Otis Redding and Bobby Womack. His style is a unique rock hybrid of all of these influences. Looking at him you wouldn’t think he could project the deep southern soul vocals that he does. He was backed by a fantastic band. Many songs showcased the shredding guitar solos of Nathan Duggar.

Broussard is touring behind his new, self-titled, album. He did a great job keeping the show exciting, changing up the pace, turning up the funk then bringing it down to a slow jam. His new songs are not indicative of his raw talent. Many of the new offerings sound like they were polished up and glossed over to make them a little more poppy and easy to swallow for his label. He alluded to this while introducing “Emily.” He entertained with a story about Lou Bega’s “Mambo #5” and what makes a hit song. He joked that Bega looked up a list of popular girls’ names and put them all in his song so every girl with their name in the song would have to go out and buy it. He joked that his label didn’t like “Emily” because it had too few girls’ names. The song itself is catchy to be sure but, like I said, it does not represent his full talent and potential. 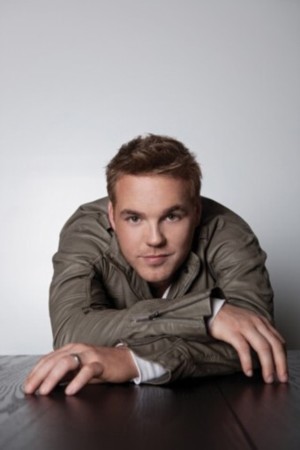 When he creates his songs from the heart is when he really hits his stride. Rousing, soulful versions of “Home” and “Keep Coming Back” got the whole crowd going. The area in front of the stage transformed into a dance floor as Broussard broke out the slow, sexy “Saying I Love You.”

Broussard is also one of the best interpreters of old soul standards. He released an album in 2007, S.O.S. Save Our Soul, that consisted of mostly cover songs. The performance of the night was his passionate cover of “Harry Hippie,” made famous by Bobby Womack. Go see Marc Broussard if you can. You’re guaranteed a soulful, funky, sexy time.