I’ll admit I’m not one of the cool kids who knew about Blitzen Trapper (ahem). . . ten years ago when they first formed. My husband played them for me after hearing them on a KEXP song of the day podcast last year and I consistently would ask him, “Who’s this? Tom Petty?” Then this past summer while visiting family friends in Salem, OR, Blitzen Trapper’s name came up in conversation because apparently I had known the drummer, having gone on the same teen group trip to Europe in 1994! This personal connection motivated me to check out their music further and I downloaded 2008’s Furr, released on Sub Pop, which is fantastic by the way. Needless to say I was really looking forward to seeing them live. They played the Showbox for the City Arts Fest with openers Wye Oak, Seabear and Fruit Bats. 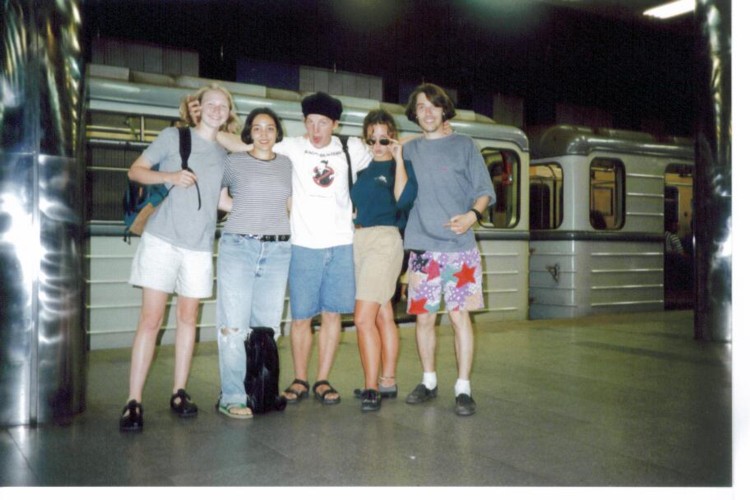 Missed the opening act Wye Oak and caught a couple songs from folk-rock band Seabear, (keep an eye on their keyboard player, she’s got great stage presence and seemed to be having the most fun of all her bandmates). The Fruit Bats were good. I don’t know why but I kept thinking of Neil Diamond. By the time Blitzen Trapper came on and blazed through their first three songs with all the energy and flawlessness of a tour tight band, I was completely sold on these guys regardless of having known the drummer another lifetime ago. They’ve been touring heavily for the past six months in support of their latest release, Destroyer of the Void. These guys have a unique sound, though reminiscent of The Band with their tight harmonies, Queen’s guitar riffs, with a little ’70s Bowie mixed in for good measure. They did lose me during the acoustic portion of their set, because as most of my friends know, I like to rock. I would have liked to have reconnected with my long lost traveling pal but it wasn’t in the cards for that night. I was content to have seen a great show and know that there was a friend from way back when who became a drummer on stage making his dreams come true. . .playing in a rock n’ roll band.