Paul Oakenfold is a genius. I saw this genius for myself recently at his sold out show at the King Cat in Seattle, a venue that I think he might have liked, as he mentioned in my interview with him that he likes “underground, cutting edge places”. Oakenfold’s music is often called trance – you can get away with calling it trance, he doesn’t mind the term – but I think he’s right when says he thinks his music is more “melodic”. Much contemporary music would be very different, very lacking, without his trance, his melody. I talked with Oakenfold before his Seattle date, wanting to know more about the inspiration for the current tour, a bit about what working with Madonna is like, and what the trained chef likes to cook.

What’s the idea behind The Face-Lift Tour?

I’ve had a wonderful time in America. I’ve been coming to America a lot, DJing all over. I have a residency in Las Vegas that’s going incredibly well and electronic music is becoming more and more popular. You look at the charts and sixty percent of the top twenty records are electronic now. The idea was to bring fresh new talent with some of the collection of acts I’ve got performing on the two month tour, helping them get into America and promoting them – some are European, some are American – and giving people an idea of what’s really going on in electronic music.

You’ve been doing a residency in Las Vegas for quite a while now.

I’ve been doing it two years. It’s been so successful that I’ve extended it for a third year. We average on three and a half thousand people a week. It’s a full show, we’ve got ex-Cirque du Soleil performers. . . 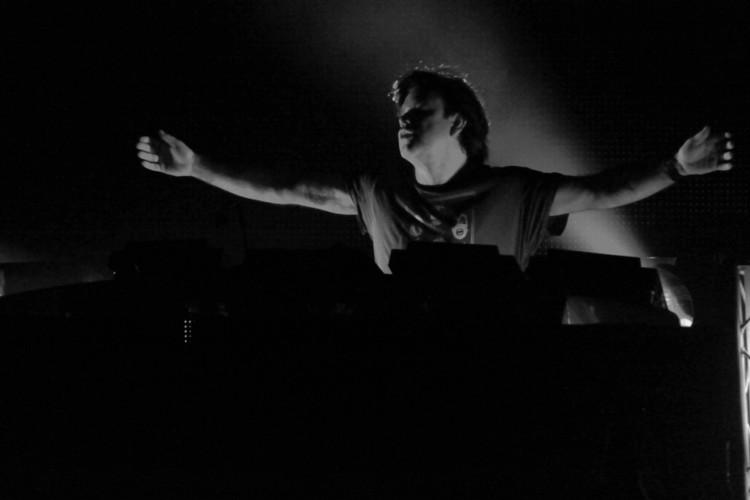 Why do you think you and Madonna have worked so well together, like in the remixes?

On her last record I produced it, and toured with her. She’s an incredible artist, very gifted and talented, she can play instruments, write songs and she’s a great singer. For me it was an honor to work with Madonna. She’s very in touch with what’s going on in terms of the world sound. She was doing electronic songs before the likes of Gaga or anyone. Madonna was doing all that before anyone, now everyone’s doing it.

Are you open to new artists contacting you?

In terms of the record label we’re always looking for new talent. And even with me – I’m recording a new album and I’m kind of looking for new singers to appear on the album. I’m in Austin tonight and if some young producer, singer songwriter comes up to me, whether it’s here or Seattle at the weekend, and they’re good, then I’d work with them and sign them.

Do you still take photos? I read you like photography.

I do, and it’s a hobby. I like to document the tour through my own eyes. I enjoy that.

What did you think of Klaxons’ version of “Not Over Yet”?

I liked it actually. I really liked what they had done – it was a different take. I’m always open for people to do different takes.

Your new album is set to be released next year?

Yes, it will be out next year. It’s called Pop Killer. I’ve been recording a lot of songs and I’ve been in the studio quite a lot, and I’m finishing the album by the end of the year. It will come out in May of next year and I’ve got a lot of various artists on it so hopefully people will really get into it.

Is it true that Tony Blair is your neighbor?

That’s a strange one. I was living there, and then he moves in as my neighbor. It’s quite uncomfortable because they put armed guards outside the house. You come home and you’ve got soldiers there, police with guns. It doesn’t feel right, but there’s not much I can do about it. It’s the same as in America – ex-presidents have security for the rest of their lives. They’re directly outside his house, which is attached to my house. They’re old Victorian houses, so they’re standing in front of my house. Some people say it’s good because your house will never get broken into. I think it’s pretty intimidating. You invite friends over and suddenly there’s armed police outside, and they don’t know who you are.

I really liked the work you did on the Tim Burton film Planet of the Apes. Will you be doing more music for films?

I start [scoring] a new film in December called Fugly, a comedy. I am a Tim Burton fan, it [the film] just didn’t quite connect for some reason.

What was playing at the Great Wall of China like?

It was a wonderful moment to play at the Great Wall of China. I really enjoyed it. It took a year to put the show together – we had to get permission from the government. It was well worth it. I was really happy they allowed me to do it.

You remixed “Let the Music Play“. That’s a song I love. Why remix that one?

“Let the Music Play” is just an all-time classic. And I love that, like yourself. There are certain tracks you want to work on.

Since you’re a trained chef, I’m wondering what kind of meals you like to cook?

I really enjoy it. It’s great just to hang out with your friends and cook for them. I like to cook traditional roast dinner, which is a slow-roasted meat in the oven. It’s a lot of fun, getting drunk and eating good food. You’ve got a good market in Seattle, opposite the Showbox. I’ve been in it. Really good. Buy a nice fresh fish that was caught in the morning, wash it clean it gut it, put it in the oven with lemon and let it cook slowly – beautiful. Fresh vegetables and salad, there you go.

Were you really able to sneak into Studio 54 when you were a teenager?

I was sixteen. I didn’t get in. We tried. In England, you can get into clubs by the time you’re eighteen and we were doing it in England. You put a shirt and tie on . . . in America you can’t because you need ID.