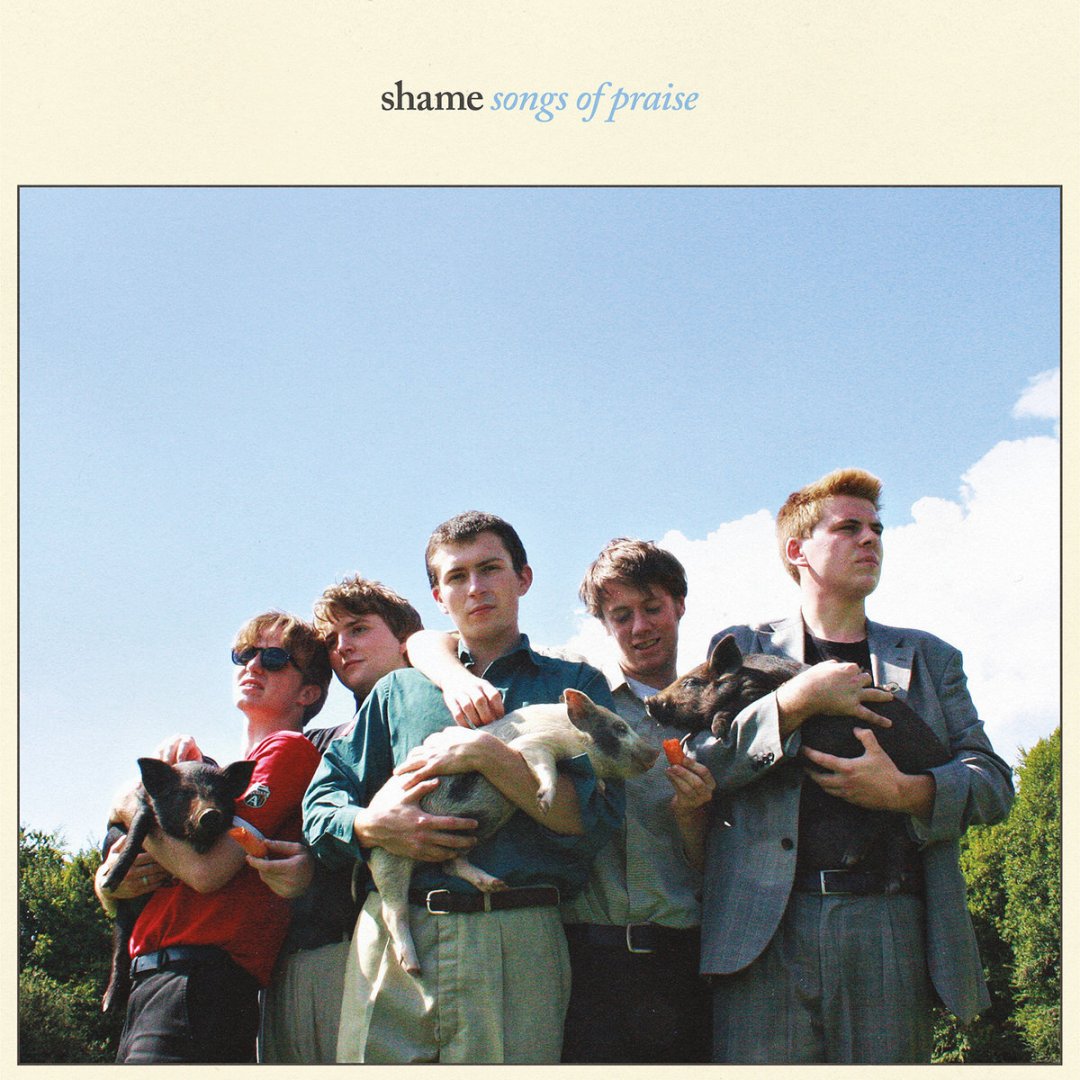 A few weeks ago, I got a press release on this London band called Shame, and looked them up immediately to find out more. Their extremely well-reviewed (deservedly so) debut album, Songs of Praise, features the band holding piglets on the cover. That continued to draw me in, because that’s just adorable. But how is their music? It’s masculine, direct and it’s fantastic. There are sexy songs but no love songs (except that last track, “Angie,” that’s kind of romantic?). Describing themselves as “music for the weak,” Shame released what will be one of the very best albums of the year with Songs of Praise. It’s only mid-February, but I know I am right about this.

Placing bands in genres can be tricky, though I would put them strongly, as most people who hear them would, in the indie/punk areas. Post-punk? I guess, but Shame, more than any band I have heard in ages, sound like proper punk music that’s incorporated noises from the ’80s-on, more than the other way around. Ultimately, they sound incredibly awesome.