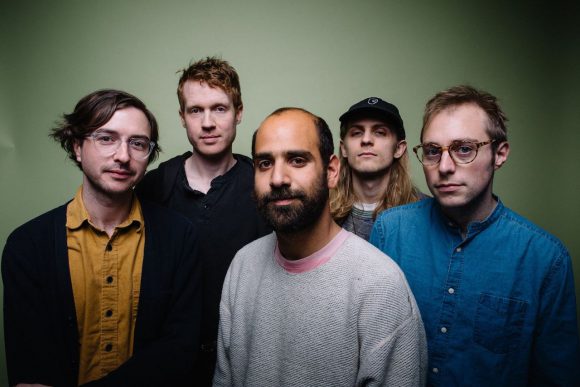 Real Estate fans are so lucky. The band has released a new album every two-three years since 2009’s self-titled debut. More important: they’ve got lovely songs. Although Real Estate recently lost one band member with the exit of a founding member, guitarist Matt Mondanile, they gained a new guitarist, Julian Lynch. That’s old news to Real Estate-followers, I am sure. And then, the new album, In Mind, which you’ve probably heard? You will want to hear that live. But before I go, I need to mention that the group has something on their site I have never, ever seen before. It’s an interactive video version of their song “Stained Glass.” You can color the video yourself! This is the link.

& check out the official video and live video on Late Night with Conan O’Brien for “Darling.”: