The instantly-attractive song “Laced,” by Australia trio DMA’s (that’s no typo – that’s how they spell their name), came to my attention quite recently. I wish I’d heard these guys earlier, but now that I know them, I will appreciate them greatly. Originally I was going to feature the video for “Laced” on its own, and then I got more into this band and kept listening. So I was really happy to see they’re playing here on Thursday, at Barboza, where you can be kind of close and personal.

Get the pesky Oasis comparisons out of the way. Since I am an Oasis fan, I’ll admit that might have given this band an edge in my will-I-or-will-I-not listen to them. And that’s just fine. Obviously DMA’s are their own band, and come up with their own cool songs. Based on their debut, named after themselves, which just came out in May (yay!), that ’60s sound bleeding into the ’90s is alive and very well. It’s a little spooky NME called them Britpop revivalists (what?? Britpop never dies!!), but I’ll take it. And dig it. 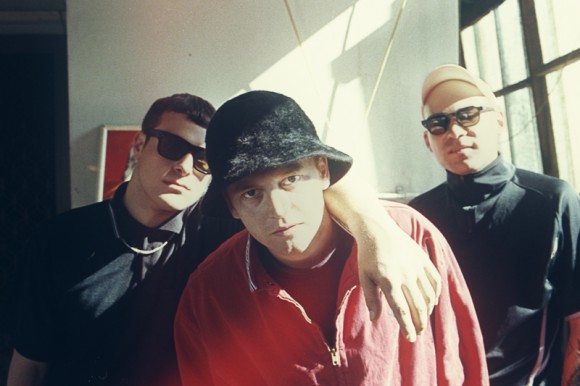