I wish I had a bear on whose shoulders I could rest at shows. The Flaming Lips‘ Wayne Coyne does have this bear I speak of and I am just a little jealous – well okay it’s someone in a bear suit – but I won’t let that ruin my joy over these photos. Coyne’s also got a giant hamster ball to roll around in, and that looks pretty awesome too. Here’s some magical photographic evidence by Alex Crick of the Flaming Lips’ Paramount show: 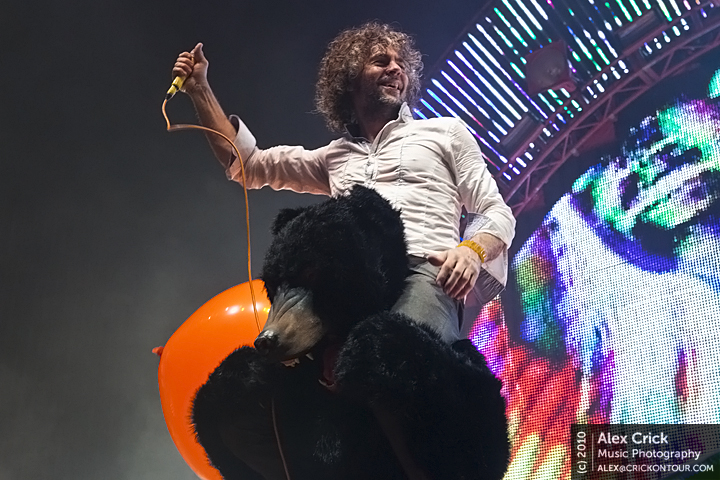 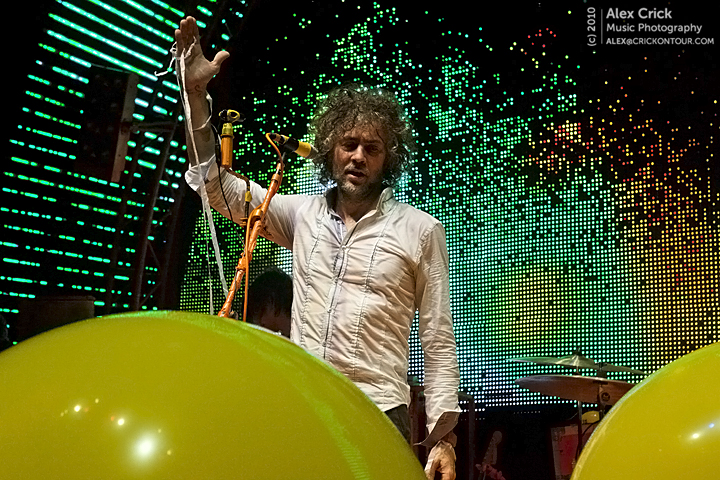 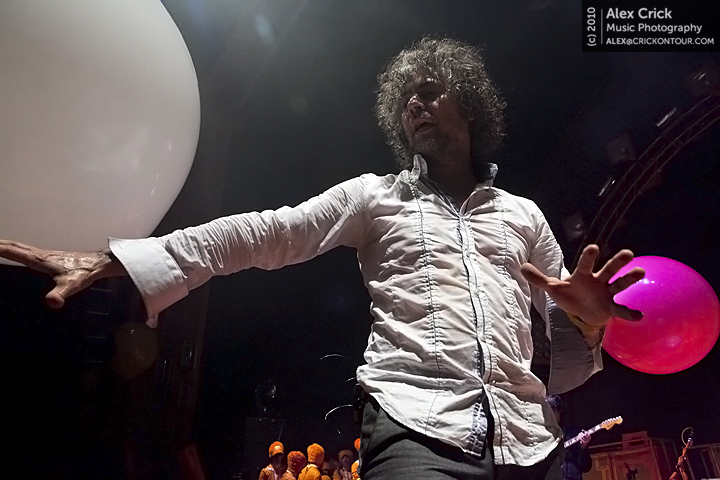 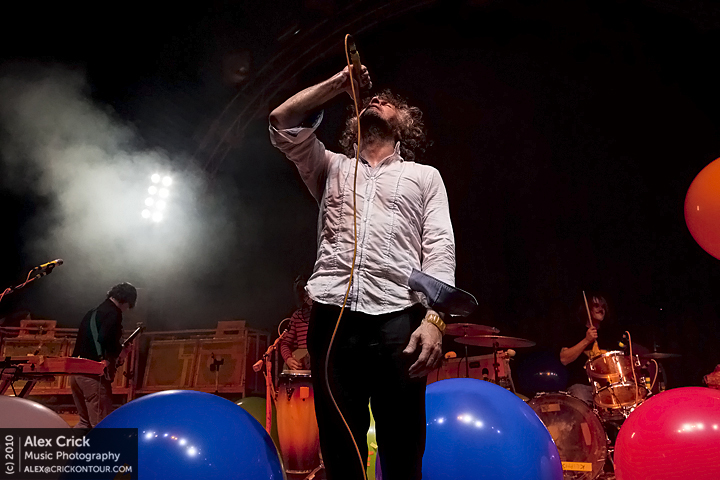 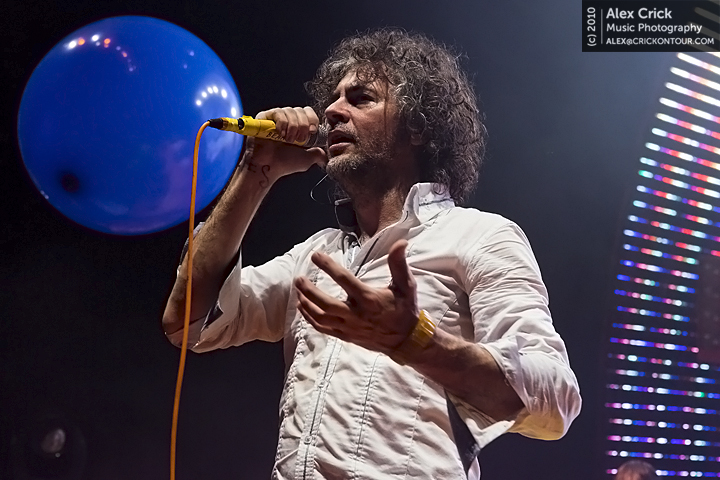 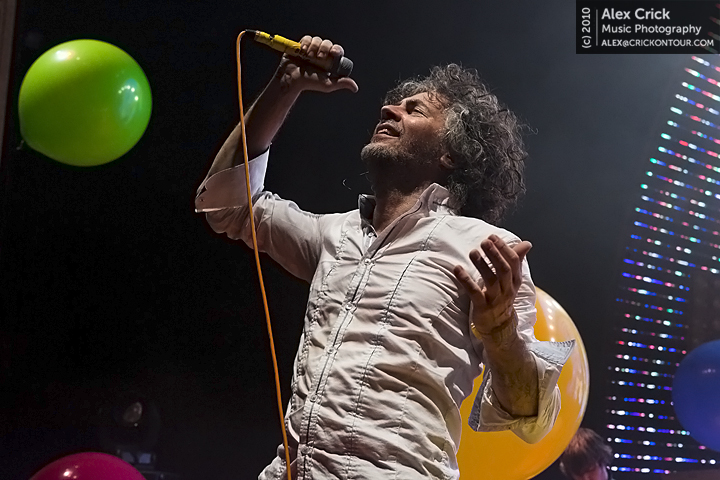 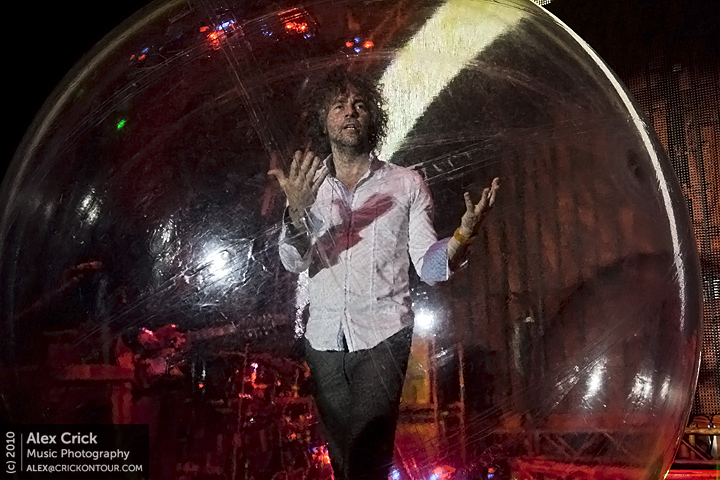 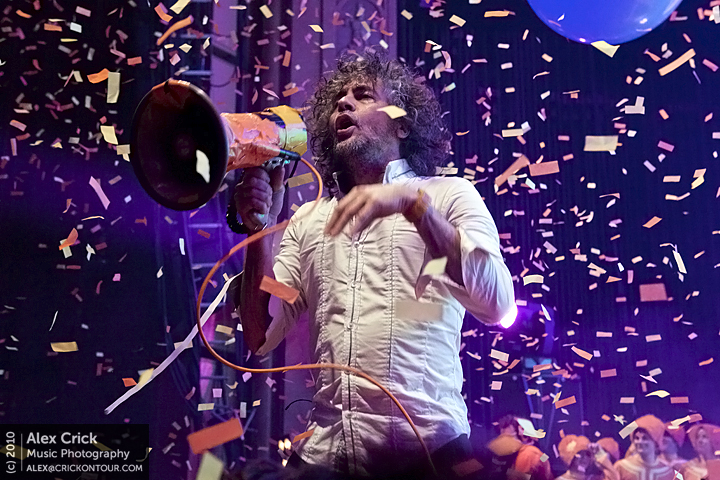 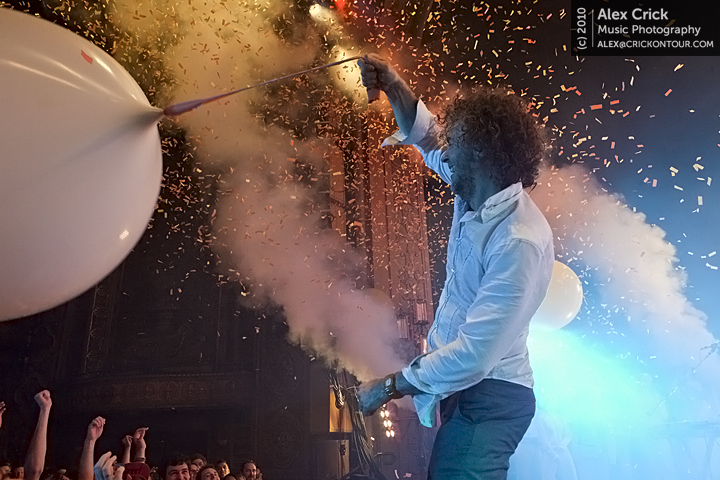 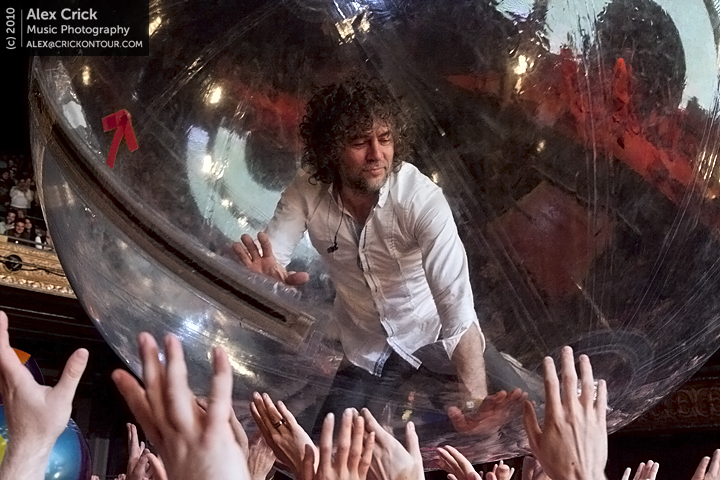