On Friday night Slayer starred in a mouthwatering lineup that included fellow Californians Testament. One thing that struck me about both these bands was their ability to create real melody in the speed of their music. I don’t think this is easy to do. Sometimes if the rhythm is too fast it can sound unbalanced, but Slayer and Testament let their ripping power stretch and compress in just the right moments. A wide span of generations came to this very crowded show. While it was entertaining to watch the people in the mosh pit, the sight of children (and I mean six-, eight-, ten-year-olds) wearing Slayer shirts was just really awesome. It was also proof of each band’s strength that fans have stuck with them over the years – not everyone was a 20-something. I couldn’t get pictures of the bands’ drummers as they were behind massive kits – sometimes it just isn’t possible to get shots of each band member, but I had a wonderful time capturing these (galleries coming soon): 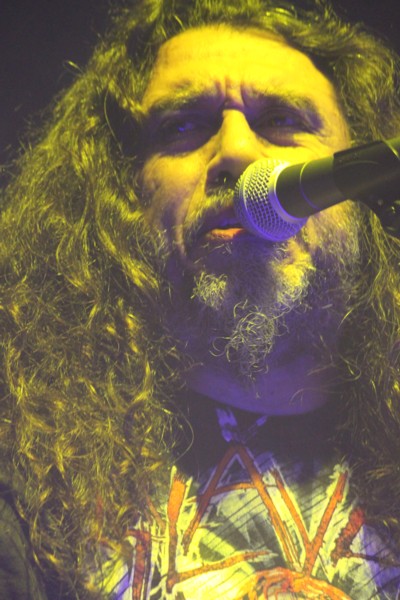 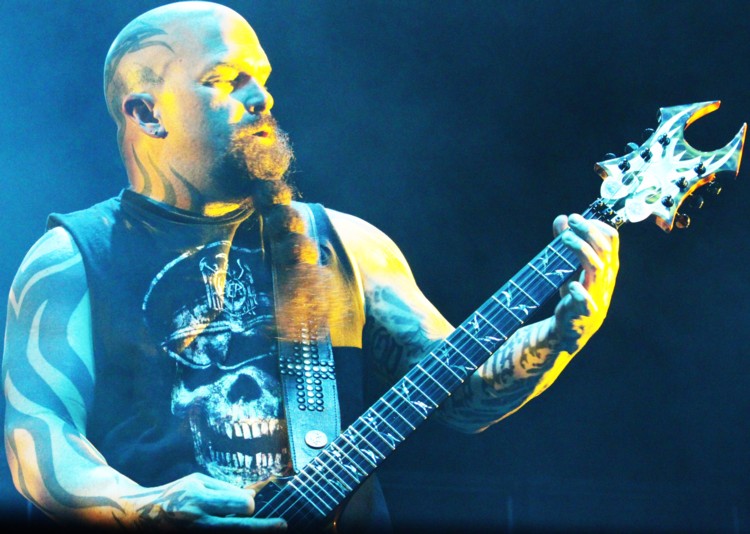 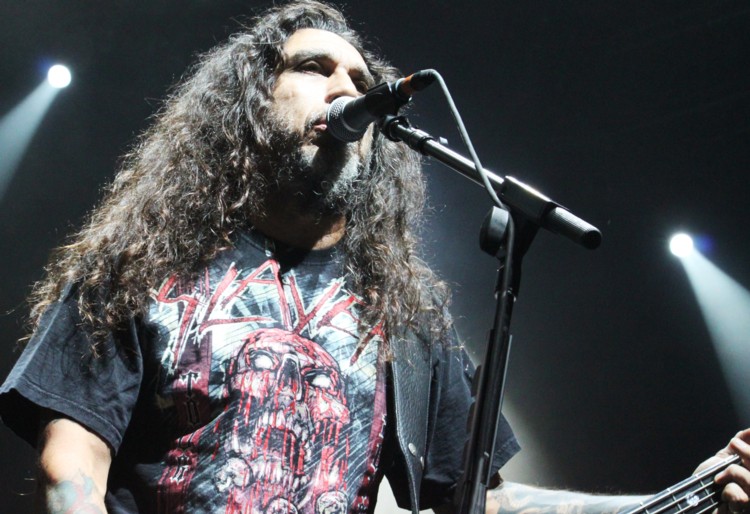 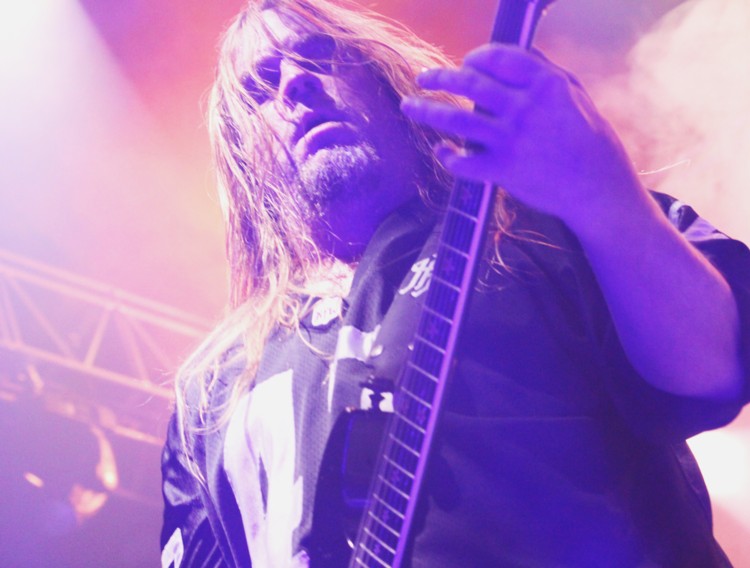 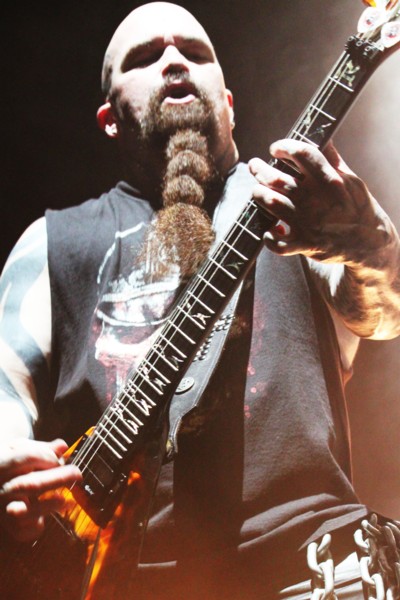 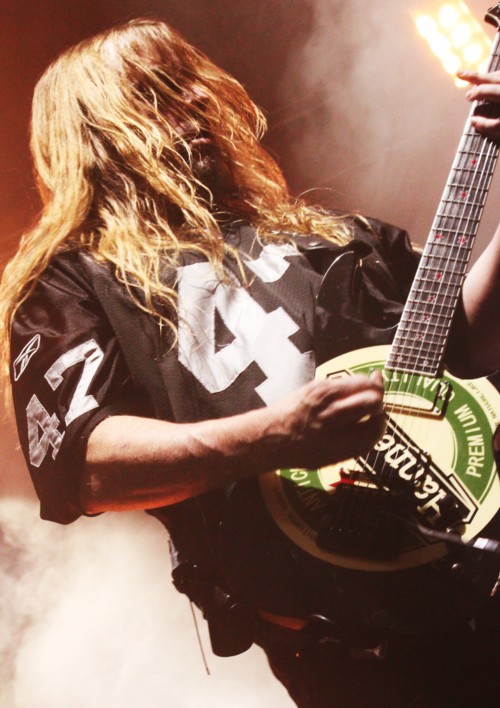 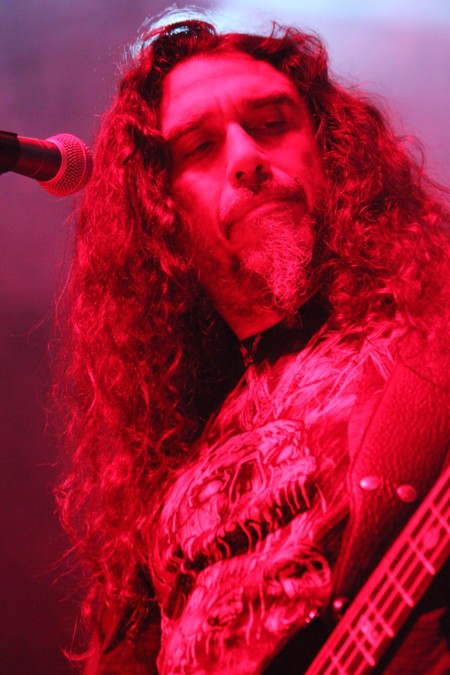 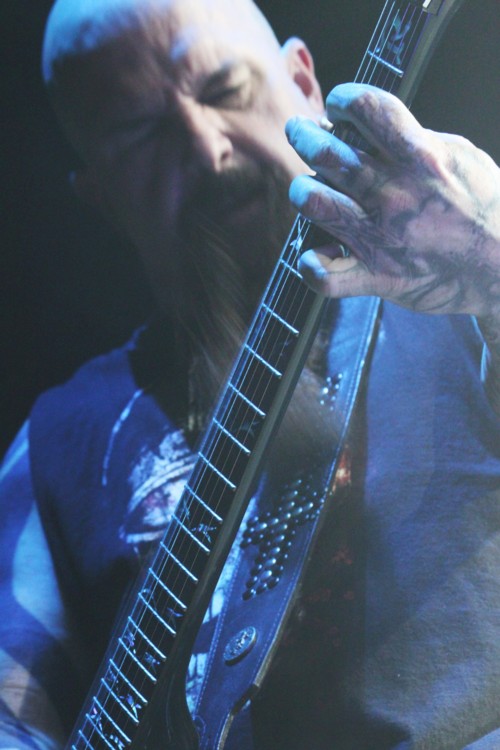 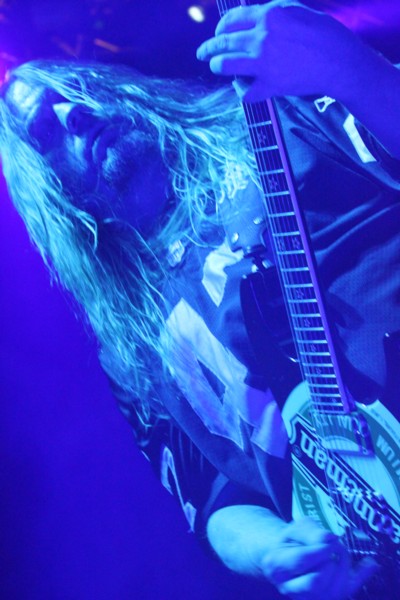 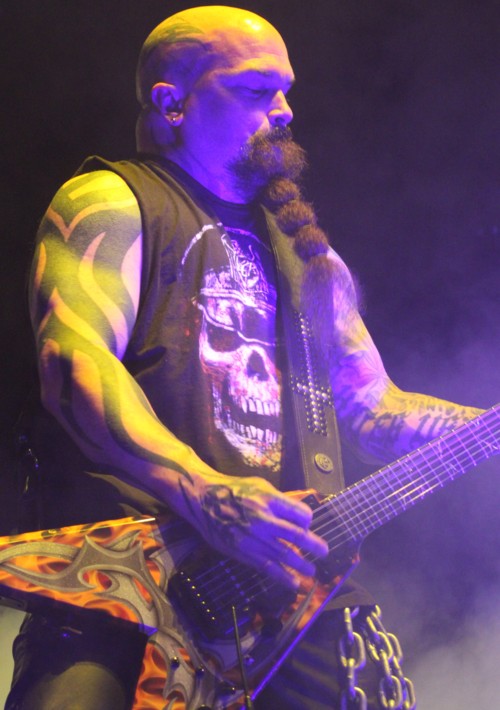 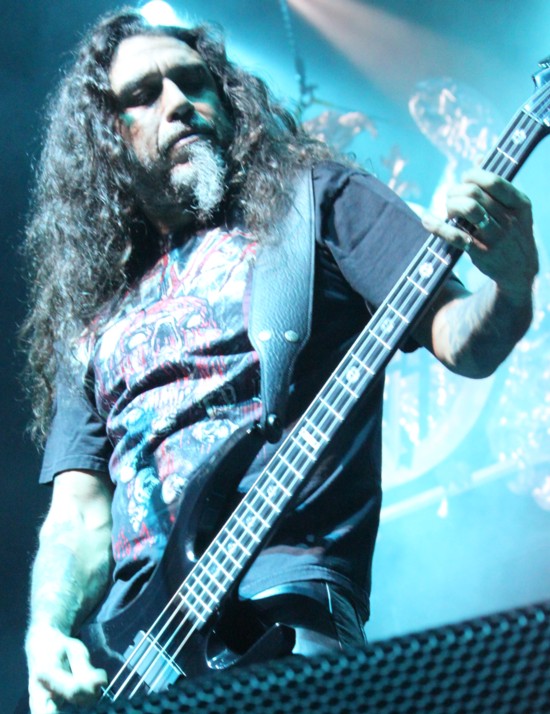 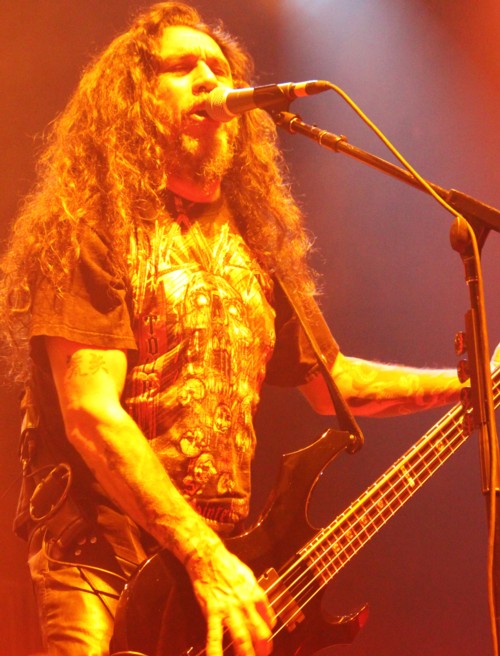 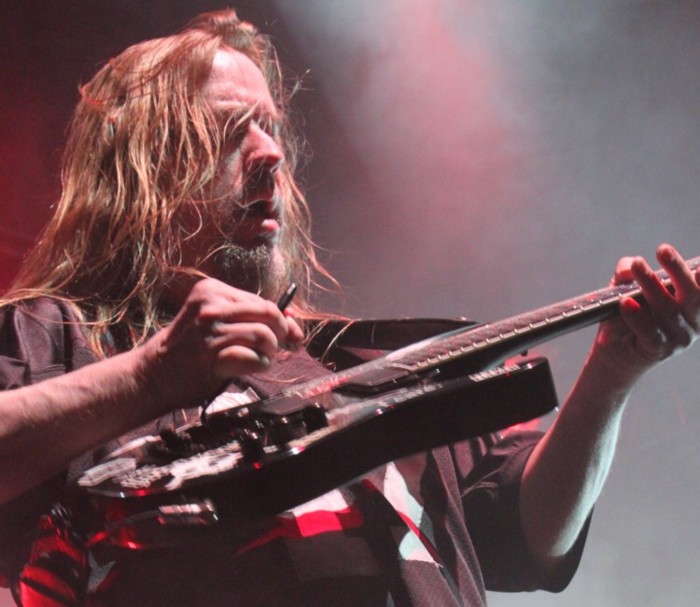 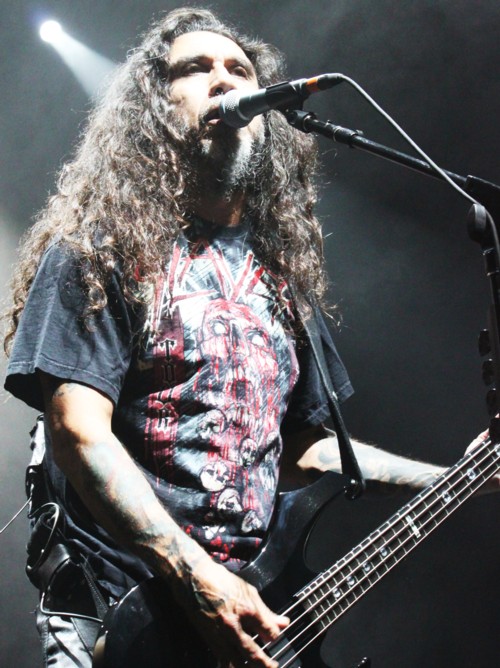 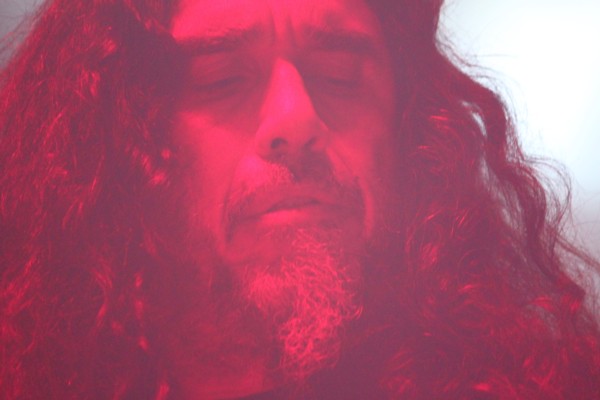 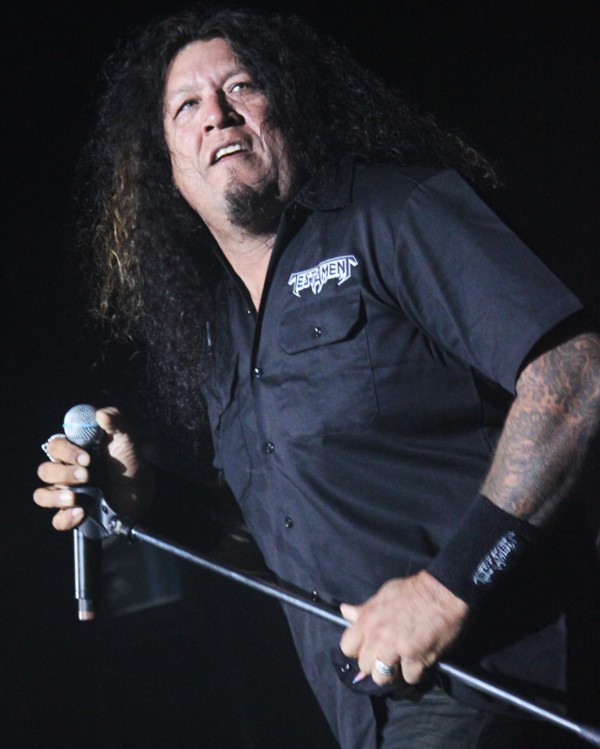 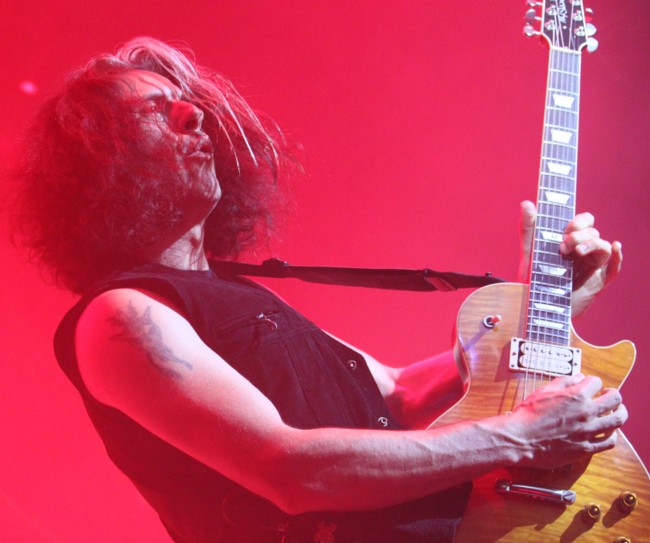 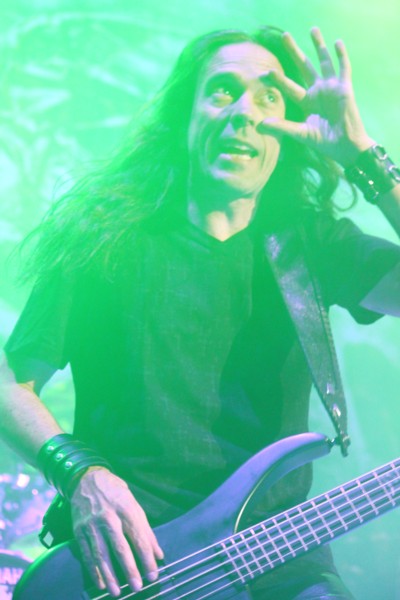 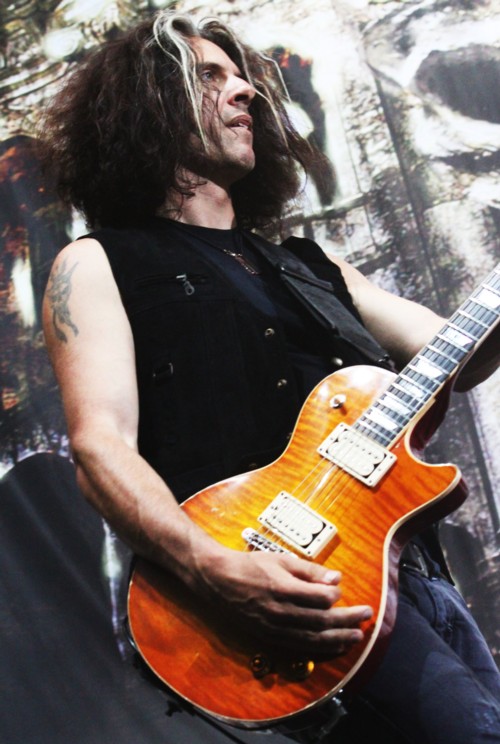 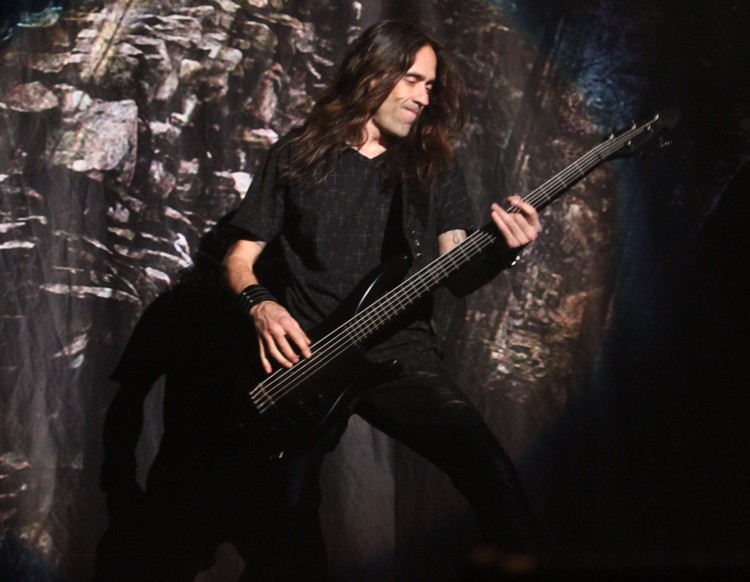 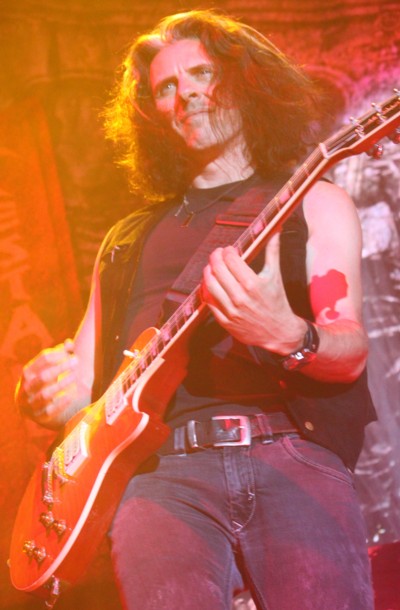 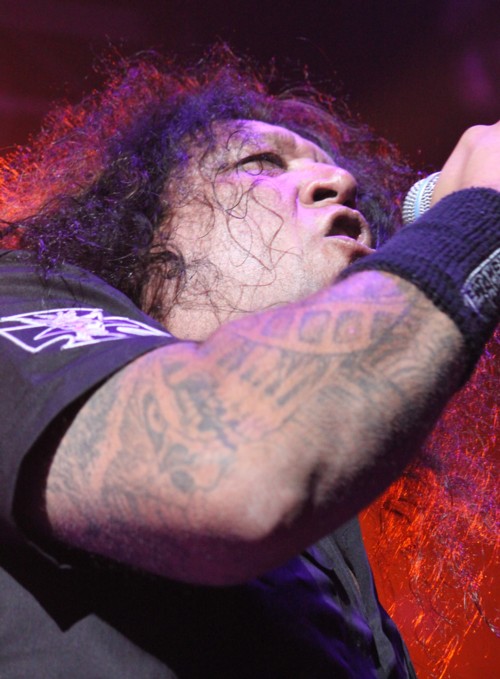 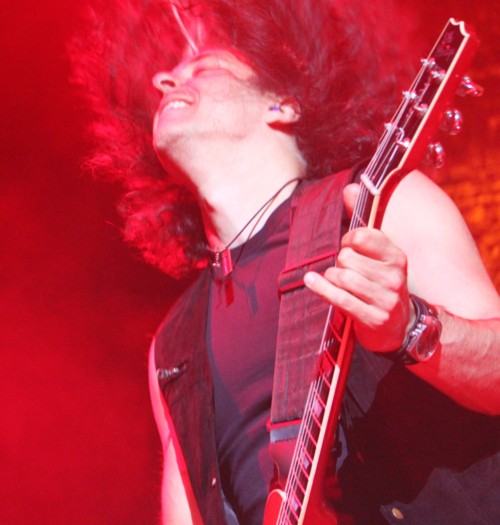 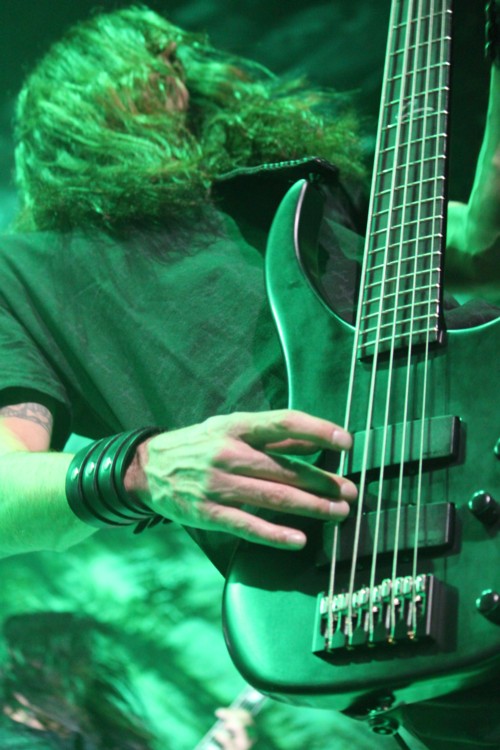 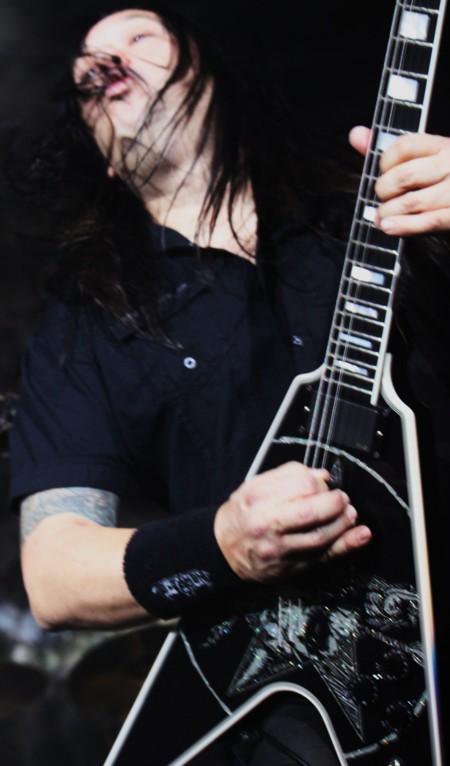 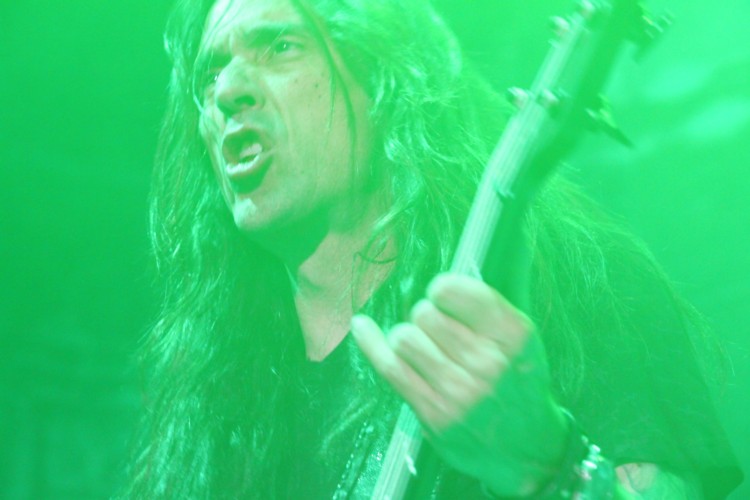 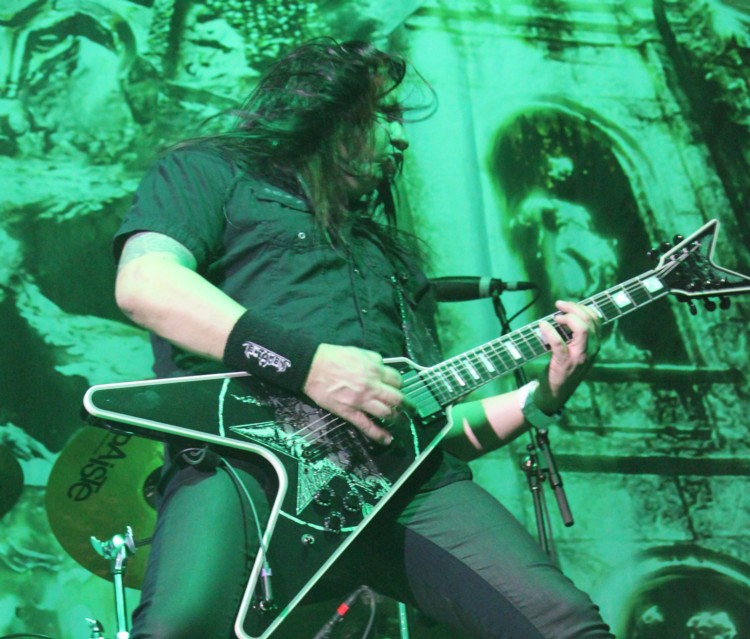 Testament – all photos by Dagmar