I was in a mood to venture off the hill on Saturday evening, and so Jim and Eric of Display, Male/Female picked me up in their van in order to catch the last two bands of this gathering, one being Hedersleben, a Krautrock outfit on a West Coast tour from San Francisco.

In passing I met Jason Willer, drummer of Hedersleben a neo-prog band from San Francisco consisting of Nicky Garratt, Jason Willer, Kephera Moon, and Bryce Shelton. I asked him to tell me more about the band’s drive to play.

Jason Willer: I guess we take our influence from the progressive and Krautrock traditions of the early ’70s. Our guitarist, Nicky Garratt was influenced by all that stuff growing up, and he just now pulled this together to kind of live out his dreams in a way. He was one of the founding members of the band the U.K. SUBS in 1976. I was also in the U.K. SUBS with him for 5 years from 2001-2006. Now he is playing the music of his youth, which is his passion.

What are you up to back in San Francisco?

JW: We are the back up band for Nik Turner and Brainticket.

I also had a chance to have a quick chat with Nicky Garrat, who stated:

We are look forward to playing some planetariums and museums in the future. We also plan on coming back to Seattle in August with Nik Turner. 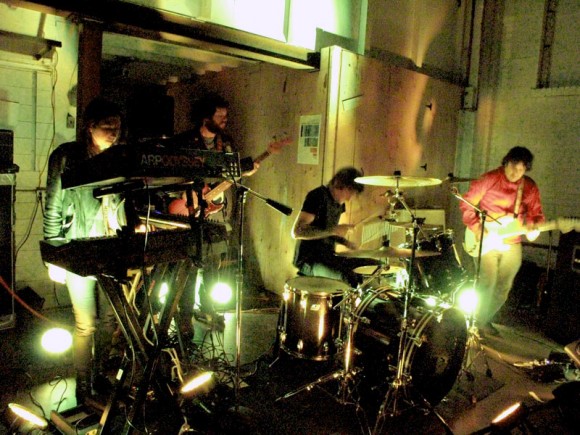 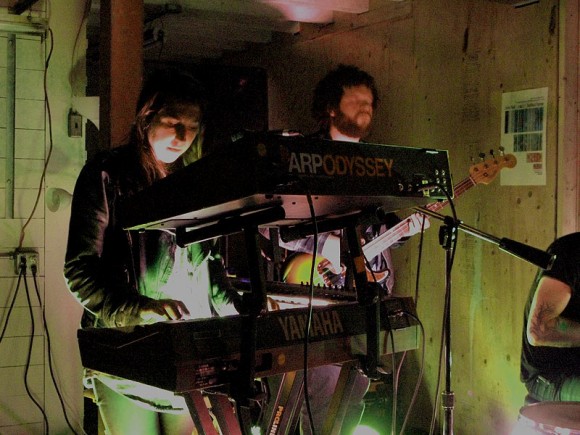 I was also super curious about the show in general. The name LEATHERMOMMY made my imagination go all over the place. Then I was even more intrigued to find out that this project includes Emily Pothast, David Golighty, Garret Moore, and Jon Carr (members of Midday Veil and Brainfruit).

So what is LEATHERMOMMY all about?

David Golightly: It’s about punishment of a disciplinary mother figure on the hubristic child of civilization. It’s like when you are being cocky.

When’s your next show?

DG: There’s nothing booked yet but we will play again, and as the need arises. . .Leathermommy will be there.

During LM’s set frontwoman Emily Pothast served the crowd some discipline, punishment, domination, and a power drill. Later she added that the drill used on set was found on the street earlier that day.

Machine House Brewery left the impression of a cool low lit brick warehouse on Airport Way in Georgetown in the midst of a haunting mystery. Please go there if you want to listen to some good music, and drink beer. It’s like a real hidden chill haven. 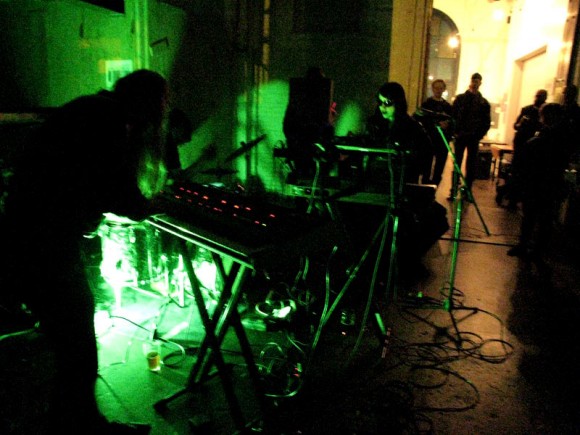 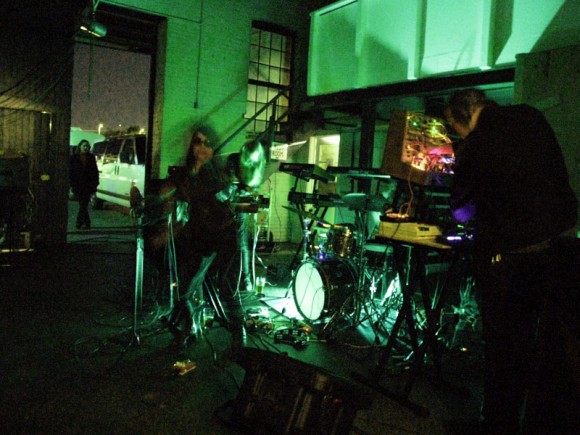 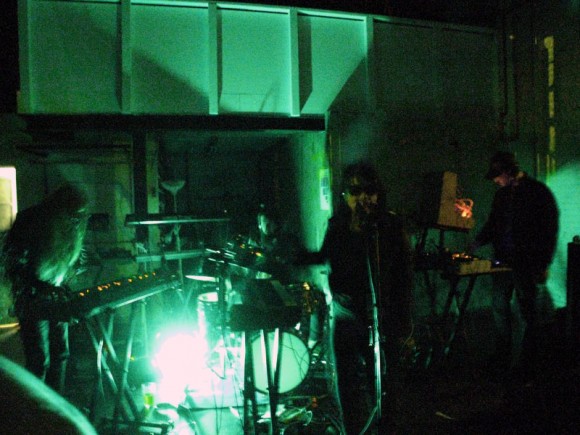 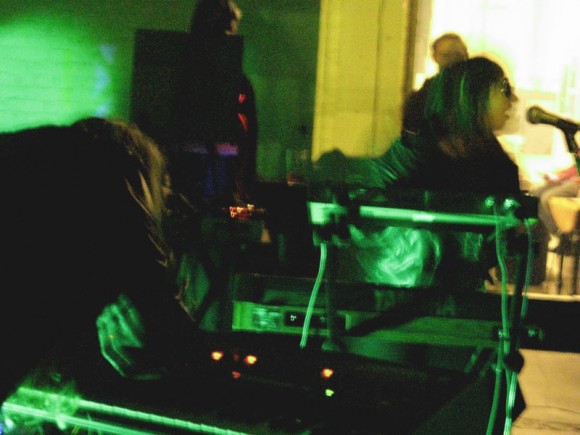 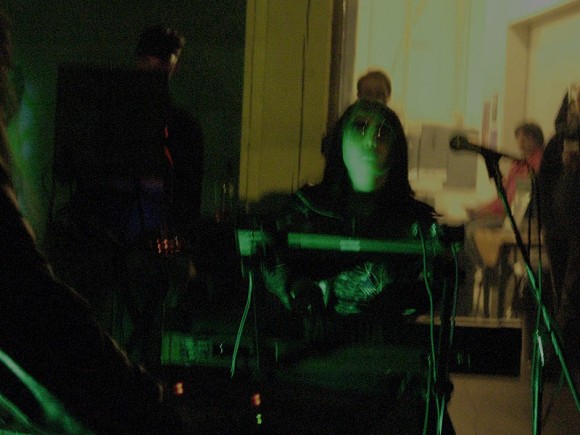 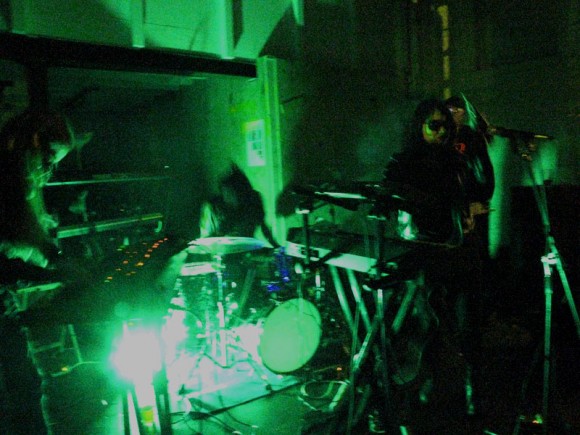 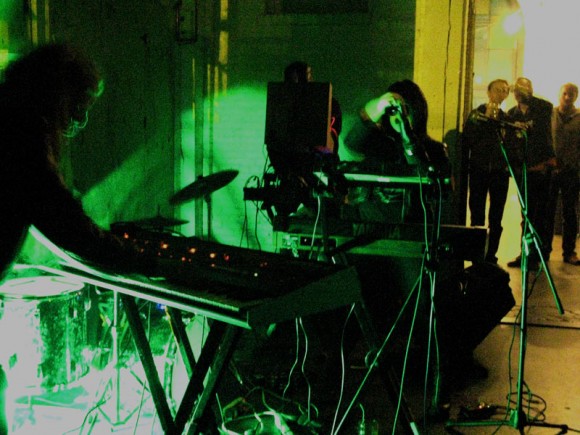 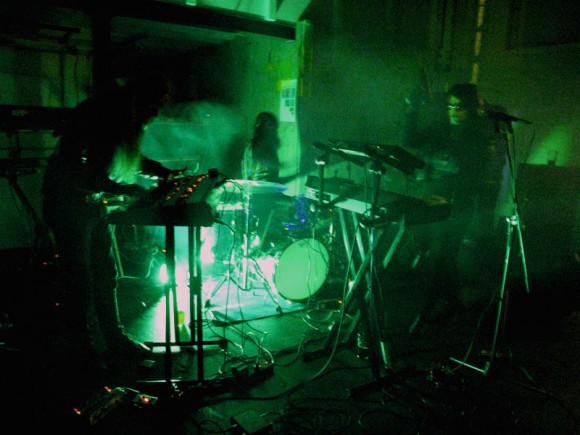 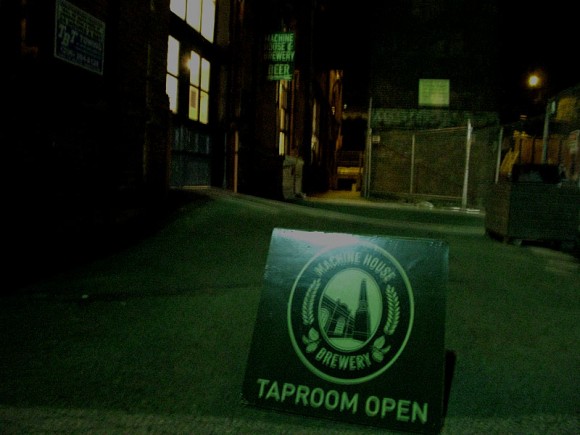 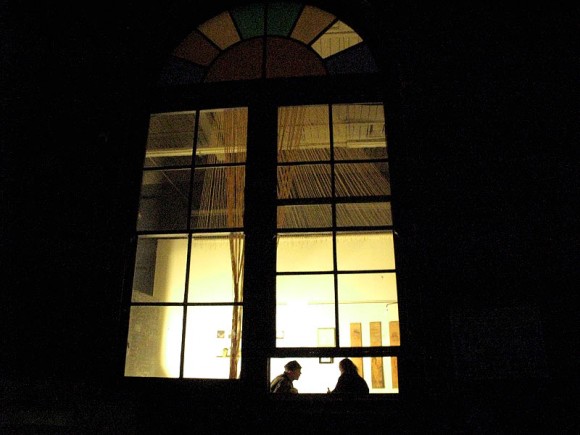 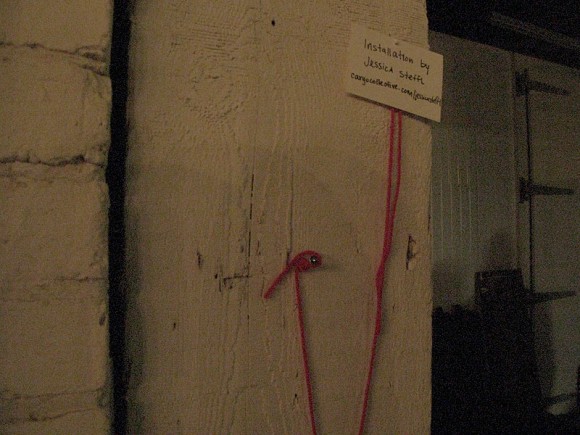