On September 15th Buckethead, complete with KFC bucket, headlined Seattle’s Neptune Theatre. If you do not know Buckethead, he’s an absolute wizard guitarist – and he performs with said KFC bucket on his head. He also wears a white mask. You can, naturally, see this from the photos Dan Rogers took during Buckethead’s show. Also, Buckethead has released an impressive number of solo albums – 40!! 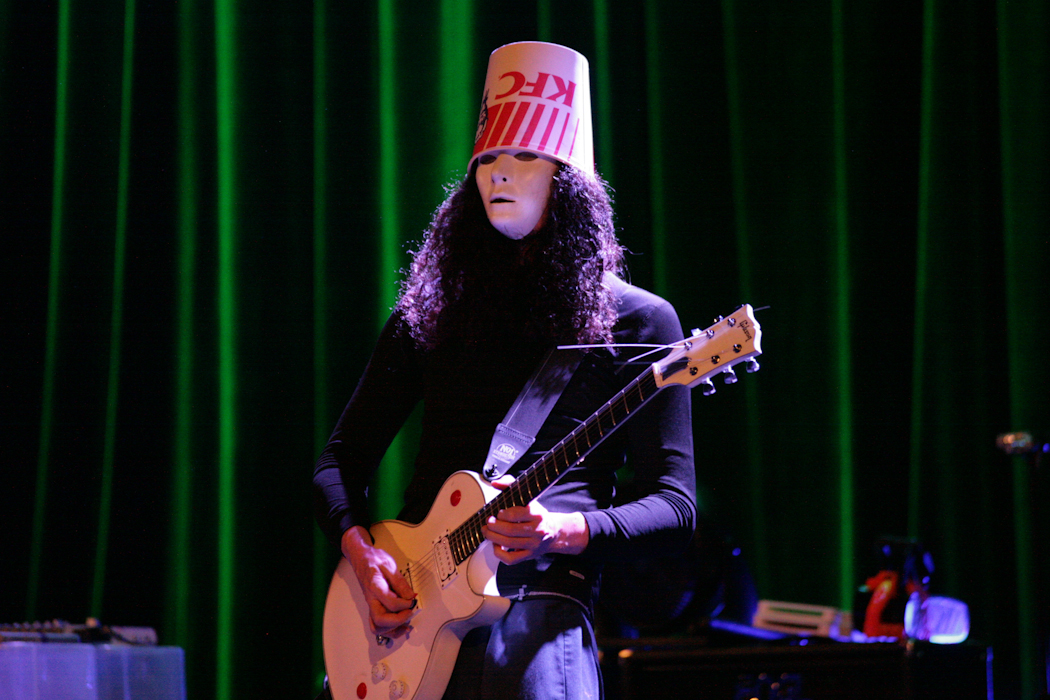 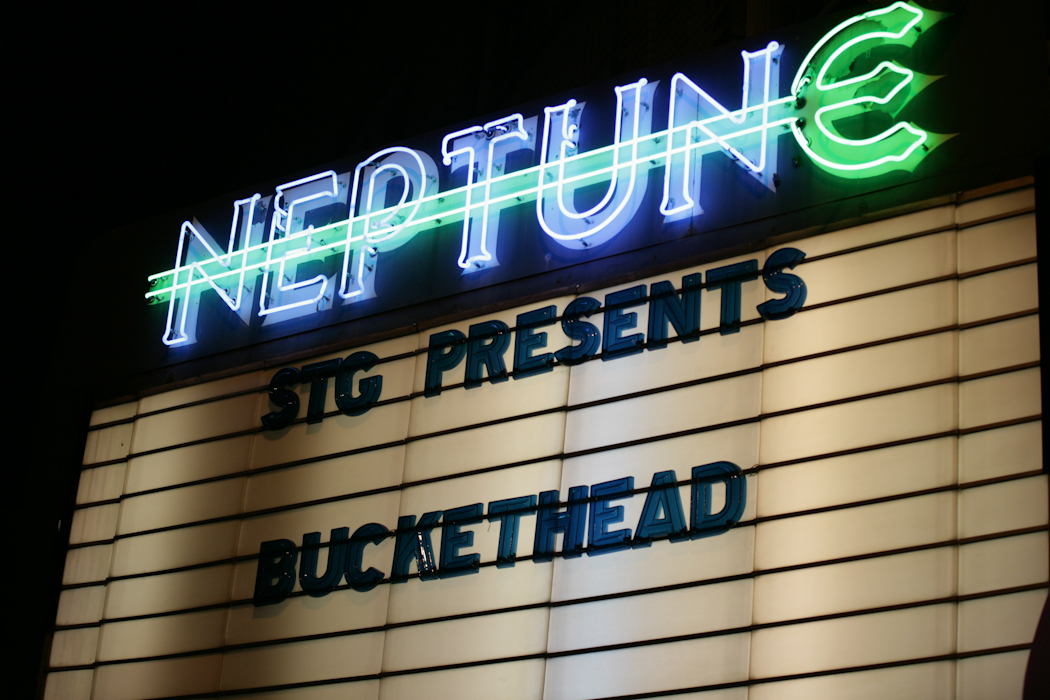 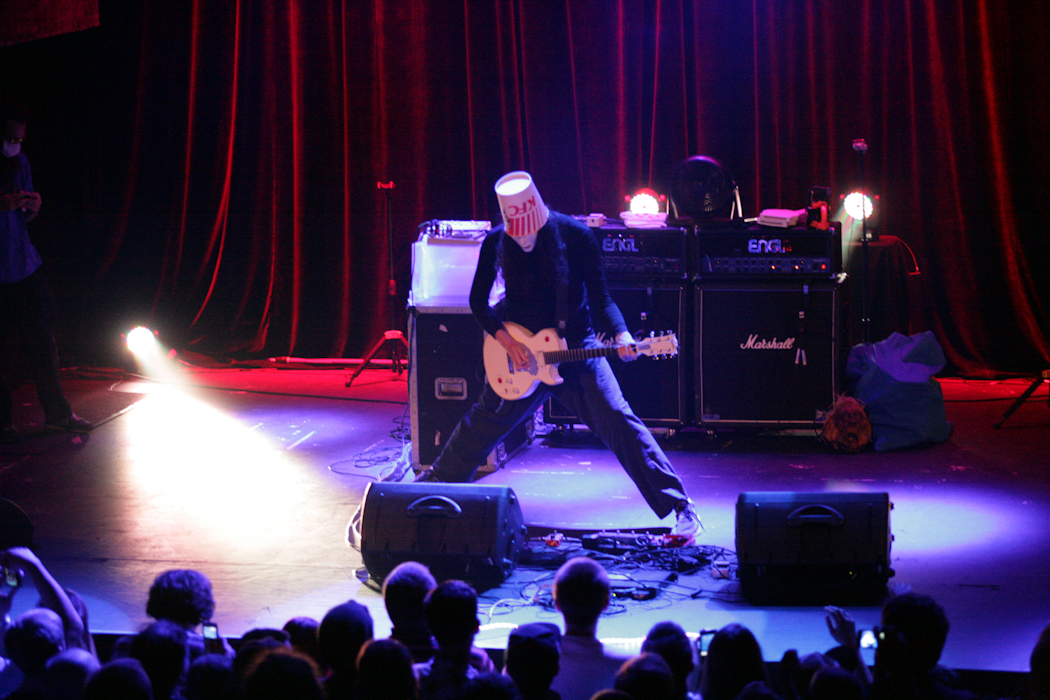 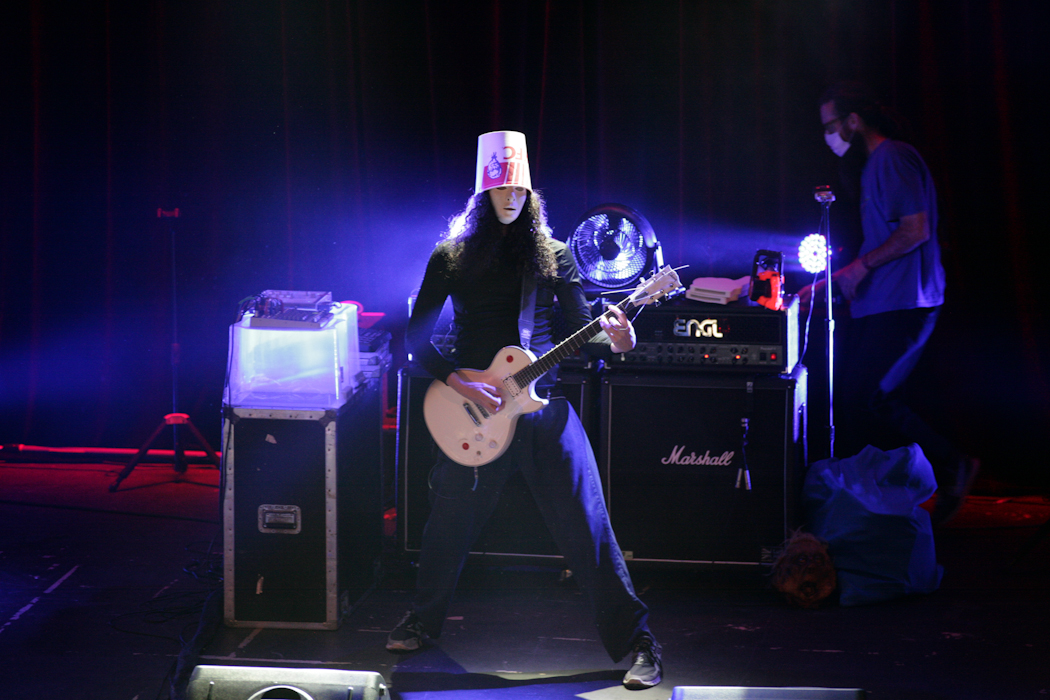 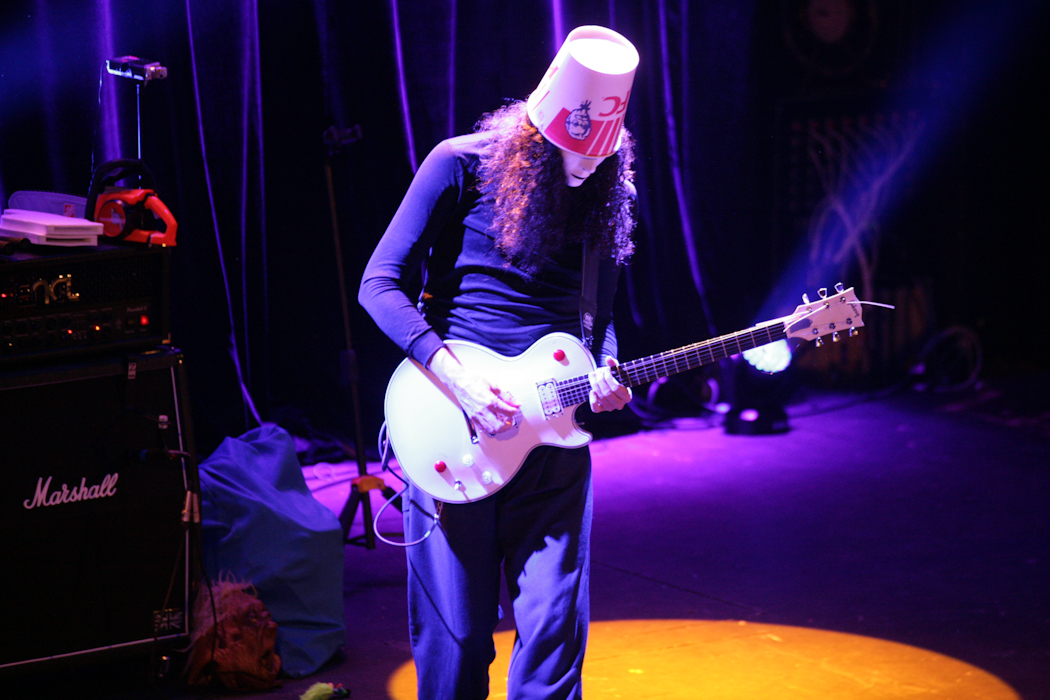 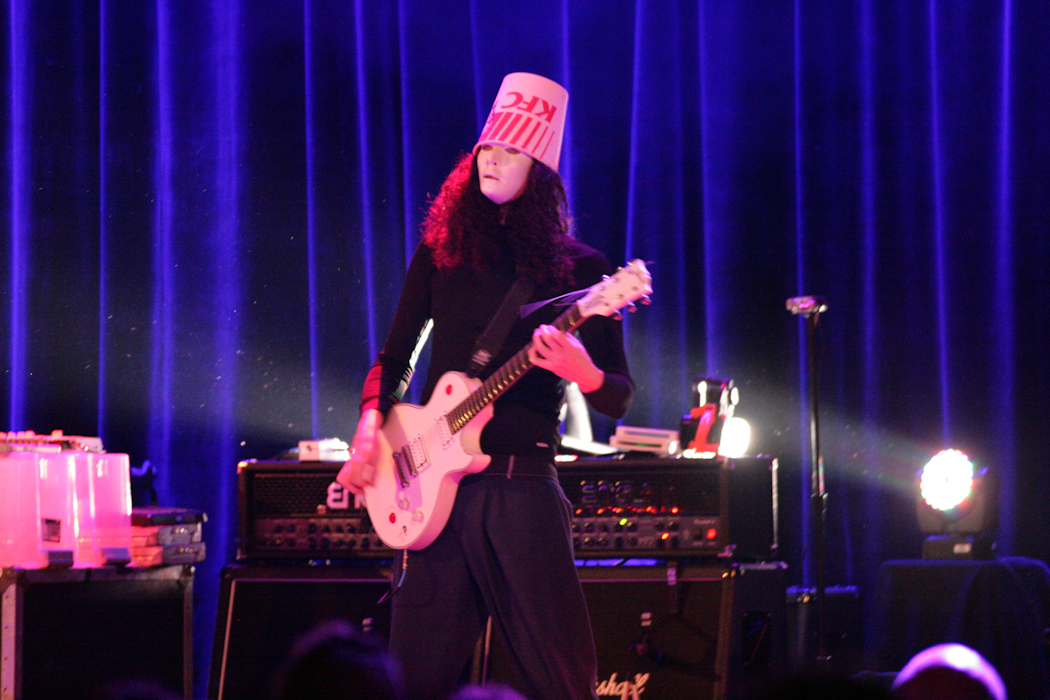 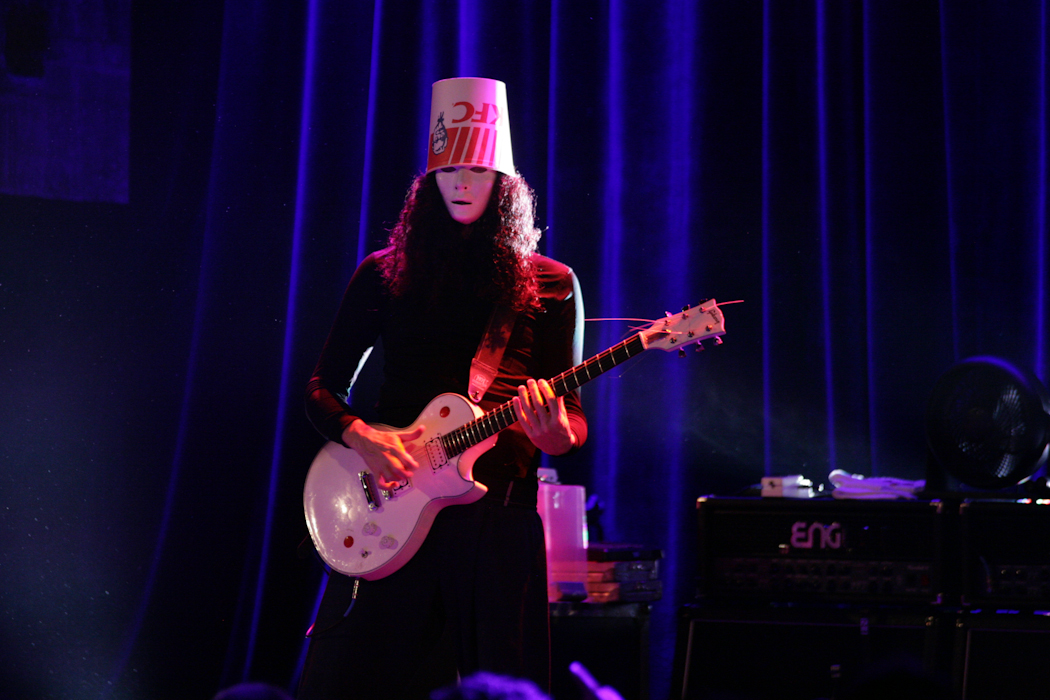 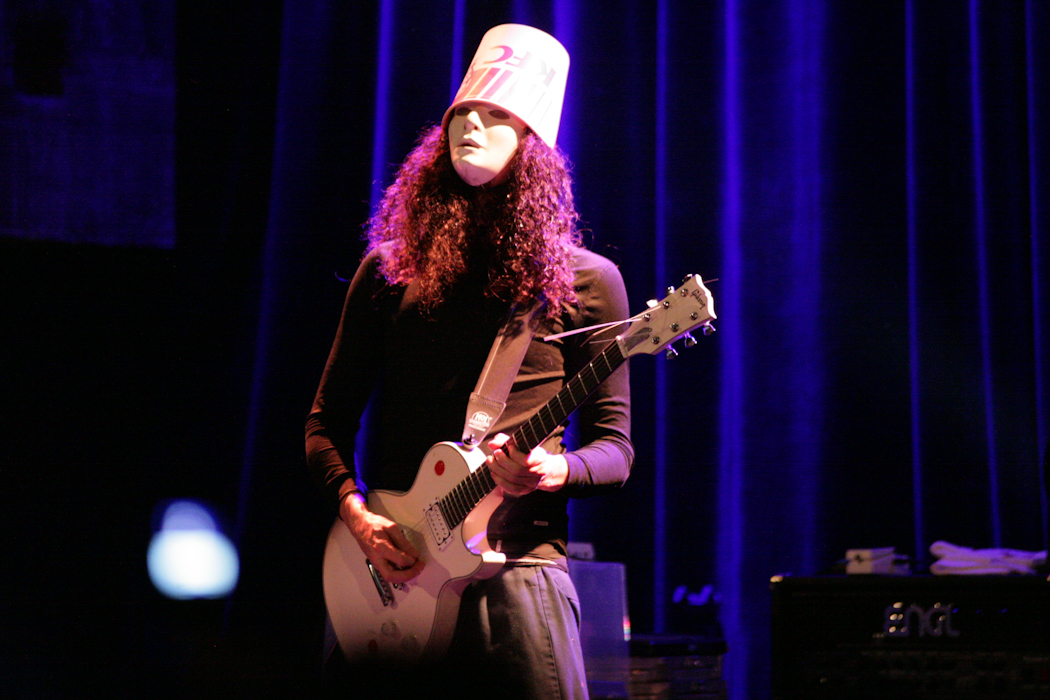