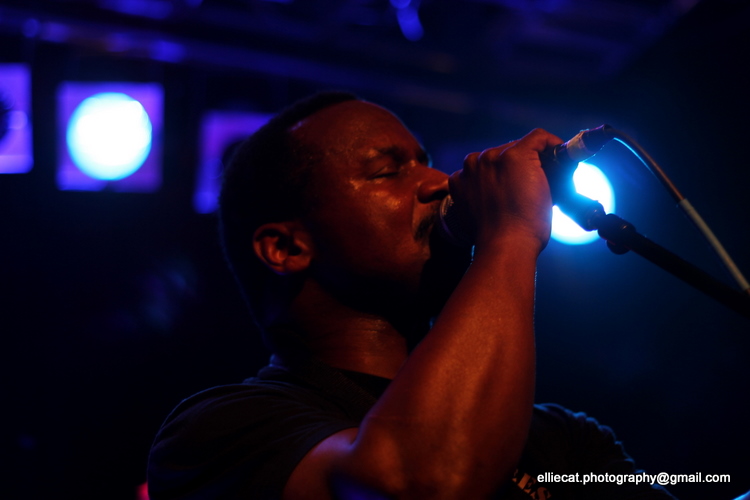 Since the first time I saw Karl Denson perform in 2003 at Bumbershoot I realized that he would never ever disappoint the crowd. Karl Denson’s Tiny Universe (KDTU) performed The Rolling Stones’ album Sticky Fingers in its entirety, giving a well meshed combination of classic songs paired with funky KDTU beats. KDTU built the energy from the moment they walked on stage and didn’t stop until they were all out of breath and covered in sweat. The audience responded to this intensity with their own enthusiasm, and as I looked around there wasn’t one person who wasn’t dancing (or at least bobbing their heads in true Seattle Style). All of the members of KDTU looked excited and happy to be there too. To me, that is the true test of a great performance, when the band is having a good time and they let the audience know it!

Eldridge Gravy and the Court Supreme opened up the show, with Anders Osborne performing the second set. Eldridge Gravy and the Court Supreme always play a strong and interesting show, with a cast of singers and band members that seem to ebb and flow with the seasons. You never know what you’re going to get, but whatever it is, it’ll be good. Eldridge himself appeared glad to be there, and the returning players like Yeager, The Colonel and Donnie Dollarstack continue to represent by giving it their all, singing and playing their hearts out!

Eldridge Gravy and The Court Supreme