Album Review: Observator by The Raveonettes
by M. Crossley

The Raveonettes used to dig Phil Spector and the Jesus and Mary Chain – a lot. Their first EP, Whip It On was so charmingly derivative of Velvet Underground-era Lou Reed fronting the Jesus and Mary Chain as produced by Phil Spector that a fan of any of those bands could not help but take a bit of notice when it came on the jukebox. This Danish duo then took their love of 1960s American culture a bit further in 2003 with their first full-length album, Chain Gang of Love, earning accolades and adoration from a widening fanbase, all the while stooping to scoop scrape every piece of weirdo 60s surf and R&B influence they could from off the artistic sidewalk. Pretty In Black followed in 2005 and more fuzz-toned nostalgia came with it.

It was a mimed style; the band never stated to have invented it, to be sure. But it was rock, or rock-ish mostly. But if you dug Suicide, and the Velvets, or if you found yourself accidentally stoned on a sunny afternoon and you were a passenger in someone’s car, and you were gazing out the windshield at all of the billboards on the highway (and you even remotely kind of liked 60s rock) then you could kind of tolerate The Raveonettes.

Observator the band’s sixth studio album, leaves the sonic surf guitar dissonance of songs like “Attack of the Ghostriders” in the dust. There are no more 1960s midcentury R&B attacks from jagged guitar chords, but instead a more Everly Brothers approach to “Children of Nuggets”-style rock that sounds like Best Coast, at best. At least the old contrived sound was a bit more endearing, or at least a bit more rock ‘n’ roll.

That’s not to say Observator doesn’t have its moments. The riff in “The Enemy” has a very nice whimsical sway to it, the addition of keys in “Observations” adds a nice other worldly tone to the slow melodrama of the track. The Raveonettes also cleverly saved the best selection on the album for last. “You Hit Me (I”m Down)” finds the band back at their Jesus and Mary Chain best, although a bit more like a track off of “Automatic” than “Psychocandy” this time, and it’s the gutsiest moment of the disc.

Believe it or not, I hate saying negative things about people’s music; I understand the work that goes into creating it. I just didn’t feel this album.

So I’ll leave you with this: If you only buy one soft edged, Euro-pop-post-Moody Blues, 60s synth shoegaze album this year, let it be Observator. The name of the album came from the platform they built to look down upon said shoes, and that itself is a work of art. 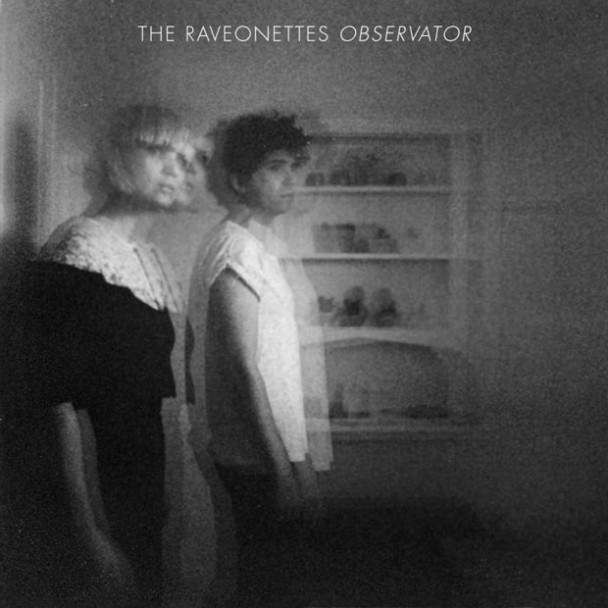