Why You Want to Watch: Lady and the Tramp gets a 2016 update (to me, anyway) in Peking Duk’s video for “Stranger feat. Elliphant,” featuring a Doberman Pinscher and, I think, a Lhasa Apso. Peking Duk, a Canberra, Australia duo, had director Lior Molcho (he’s directed videos for Sia, Elle King & others) at the helm of this one. Some backstory, from the band itself: We quickly gravitated towards the simple idea of following the story in the lyrics. . . . We wanted to capture the feeling that everyone has felt at least once at the end of a big night. We wanted to reproduce those times where you want to keep the night going, and preferably with someone else riding that same wave as you. When it’s done right it can be magical. . . To make it lighter and truly show everyone how we see the story, we decided to use physical dog actors instead of humans. Deep down inside we’re all dogs. We are stoked with how quickly it came together!” 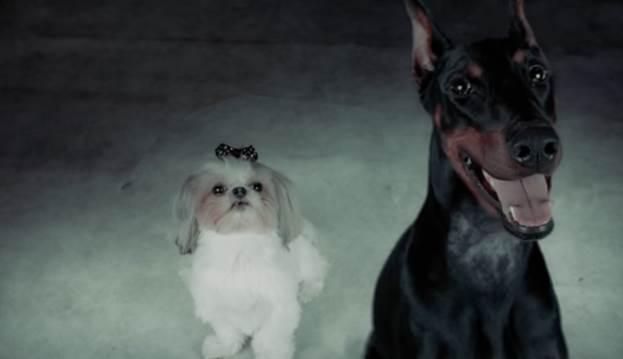