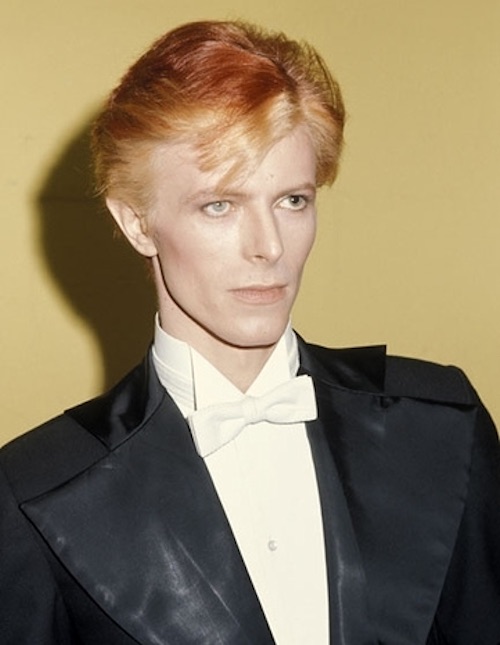 Back in January 2004 I saw David Bowie in Vancouver BC. I’m surprised it was January because I don’t remember it being that cold or wintery. My then-girlfriend had gotten us third row seats. I was 19 at the time. Macy Gray opened, which seemed like a really odd choice but, in all honesty, she nailed it. One of the most entertaining opening acts I’ve ever seen at a big show. Part way through his set, Bowie noticed a young woman wearing bunny ears in the second row, maybe about 10 feet from us, and cheekily remarked “are you a little bunny? I like little bunnies.” I thought about that woman and what she might be thinking upon hearing the news that Bowie died, nearly 12 years after what would be his final tour. “Bowie talked to me. On his final tour.” Assuming she was just an ardent fan and not someone with fancy connections, that could be a pretty surreal realization.

And it is surreal to think that that was his final tour, on which I saw him nearly 12 years ago. Come to think of it, I also saw George Carlin on his final tour (and, while this is a different scenario entirely, I saw Soundgarden’s final show before they broke up for the first time, at the Blaisdell Arena in Honolulu). So if Tom Waits never plays Seattle again, you might consider me officially hexed, since I saw him the last time he was here (also in 2004).

For this piece on David Bowie, arguably the only rock/pop artist with an influence as vast as the Beatles with an output equally revolutionary, if not even more influential, I’m not going to restate the history and impact of all of his records as you’ve all undoubtedly read dozens of other times (and if you haven’t, there are dozens, if not hundreds, of articles out there explaining it all). I can only talk about my personal history with his music because for so many of us, especially musicians like myself, his work has been a continual source of profound inspiration and has touched so many of us in the best and the worst of our own times.

When I was a young boy, admittedly I hated him. My mom was a huge fan; I thought he was a huge cheeseball. Except for Labyrinth. I liked Labyrinth (just to verify that my taste wasn’t complete bullshit at the age of 6, my favorites were The Beatles, Michael Jackson, and Guns N’ Roses). Granted, that was also when Bowie’s output was also largely bullshit. I didn’t get into him until I was in high school. I started latching onto a couple of songs here and there (“Space Oddity,” of course, “Little Wonder,” “I’m Afraid of Americans,” “Ashes to Ashes.” Especially “Ashes to Ashes.”) I had one of those cool friends who threw a bunch of burned CDs of The Clash, Lou Reed, Radiohead, and David Bowie at me when I was still geeking out on Steve Vai and finding my way out of the abyss of the Metallica obsession I’d had since 4th grade. ‘Heathen’ had also recently come out, and I loved that record. That’s when Bowie started to really hit me. I’m really glad there’s no footage of the shitty covers I threw together with my friends of “Heroes” and “Rebel Rebel,” which I’d perform wearing my then-standard black vinyl pants and pink-with-belt-buckle-print women’s shirt.

Then came my immersion in the “Berlin” records a couple years later. Jagged, arty, full of ugly confrontational tracks balanced with tracks of haunting ambient beauty. I can pretty much thank Low for almost single-handedly directing me towards a good deal of the music I write or aspire to write today.

Hell, when Blackstar dropped just 3 days ago I was both stunned and just a tick jealous over the song ‘Girl Loves Me’ because I’ve been trying to write a song like that for the past fucking year. And it’s perfect. What a genius bastard.

Seeing everything on social media and talking with my friends over the past year, 2015 was a psychopath in many ways for many people. I personally had moments where I’ve felt better and worse than I ever have in my life. On top of all of my other personal nonsense I won’t get into here, the band I’ve been in for the past near six years really hit a rough patch. It felt like it was dying. I had to fight with all my will not to quit on several occasions. And it’s not just that we’re a group of people who play music together, we’ve been each other’s best friends over the years. We have blood relatives in the band. And it’s been a minute since I’ve felt really great about making and playing music, for many reasons, and that basically put in that ‘what the fuck am I doing with my life’ crisis point. But, just this past weekend, going to the Bowie Hero Worship at Chop Suey, listening to Blackstar repeatedly, listening to a bunch of his other material, it really energized me again. I hadn’t felt THAT motivated to keep writing and producing work in a long time. Before our practice we listened to a couple tracks off Blackstar and really got giddy over them and I started to feel really good about things, or at least significantly better. Then it was shortly after practice ended that I got the text from my cousin that he died. That was the first time I’d ever cried over a celebrity. Then I cried the next morning, and I’m crying as I write this. But his work, his innovation, his voice, his songcraft, the passion, the showmanship—it’s impossible to ever replicate and absolutely foolish to aspire to be Bowie. And I’m not saying I want to be. But his work has been a presence that’s kept me pushing, always trying to get better, to expand, keep being risky and abandoning caution, to redefine my own limits and ultimately obliterate them if I can.

With that, my top Bowie tracks, at this moment, in no particular order: