Admittedly I hadn’t actually listened to Slowdive before their show, an assignment I picked up at the last minute, but the way folks seemed to wax nostalgically eloquent upon their ambient, shoegazey glory, I figured they’d probably be up my vine. Plus, Low was opening. Low is an all-timer for me. In fact, had I known ahead of time that at some midwest music festival they’d anger fans and sponsors alike by dedicating their entire set to a 27-minute version of “Do You Know How To Waltz?,” I would have put one of my organs on the black market to get there. Low did no such thing during this set, sticking predominantly with material from The Invisible Way, while leapfrogging through their back catalogue to hit “Monkey,” “Laser Beam,” and “Words.” “Laser Beam” was particularly arresting and this performance of “Monkey” was the most vital I’ve seen yet. Their new material also holds up much better live than on record.

This must have been a pretty sweet gig for Low, who, on their last appearance here, headlined The Crocodile. It seemed most of the crowd arrived early to catch them, as The Neptune’s near 900 capacity was mostly full before Low even took the stage. Rarely does an opening band command so much attention and rarely does an audience shut so thoroughly up during the opener. The sound was impeccable and those pure, beautiful, perfectly complimentary voices of Alan and Mimi Sparhawk were in top form and upfront. Here’s hoping Low can build off this and headline bigger venues – as much as I loved the intimacy in their Crocodile and Tractor shows. They deserve bigger, and they can clearly command it. 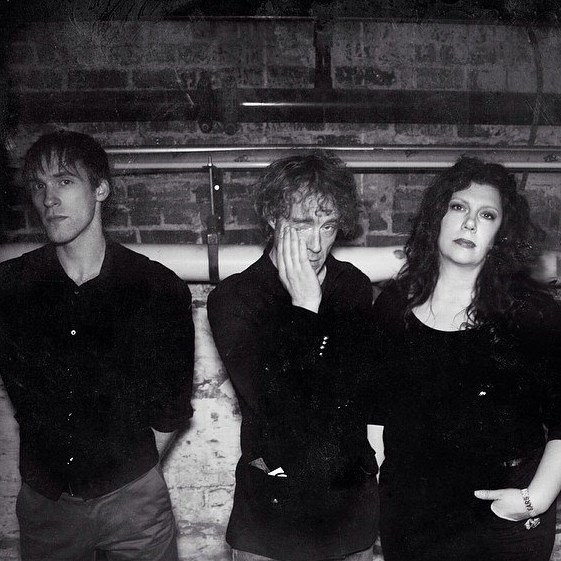 While I hadn’t heard Slowdive I did some cursory homework to orient myself with their history. Apparently never a critics’ darling (critics are dicks), they have clearly found a large and dedicated following. A sold-out show, every song they played was greeted with loud applause and cheering within the first 2 or 3 seconds. At first, I could see where critics may have derided them; certain songs, while sonically pleasing, seemed almost too pleased with their sonic qualities to evolve into something truly compelling. Again, it sounded amazing, and they executed with both purpose and precision, but perhaps the material was too self-consciously pretty. Not enough craft to match Lush, not enough, um. . . My Bloody Valentine-ness to reach My Bloody Valentine. Then they played “Catch the Breeze,” whose interesting key change in the chorus showed they had more up their sleeves. This is the point where the show transitioned from pleasant to captivating. “Alison” was a highlight, and their cover of Syd Barrett’s “Golden Hair” – holy shit – brought the evening to a monolithic climax. I’m always skeptical of a band whose best moment is a cover, but they turned Barrett’s spare 2-minute number into a 9-minute rapturous crescendo, clearly stating that they’re their own band doing their own thing, and proving that a great live band can still hold far more power than great electronic acts. Beautiful show.