The Party in the Swamp – Quintron and Miss Pussycat @ Chop Suey, July 6th

It was perhaps nine years ago during a Quintron show at New York’s Knitting Factory that a male member of the audience stripped completely nude, danced his way over to a wall, and scaled his way up to the mezzanine. This isn’t the type of spectacle the Knitting Factory is known for, but it is the type that a Quintron and Miss Pussycat show can inspire. For years, the husband and wife duo have crisscrossed the country with their homegrown puppet show and swamp go-go dance party, eviscerating audience ho-hummery in a hail of sweat and maracas, Quintron’s roided-out Hammond organ cascading over hopped-up beats from the Casio keyboard you owned when you were 11. Sooner or later, every audience falls under the hypnotic spell of the mystery power couple from New Orleans, some to greater effect than others. 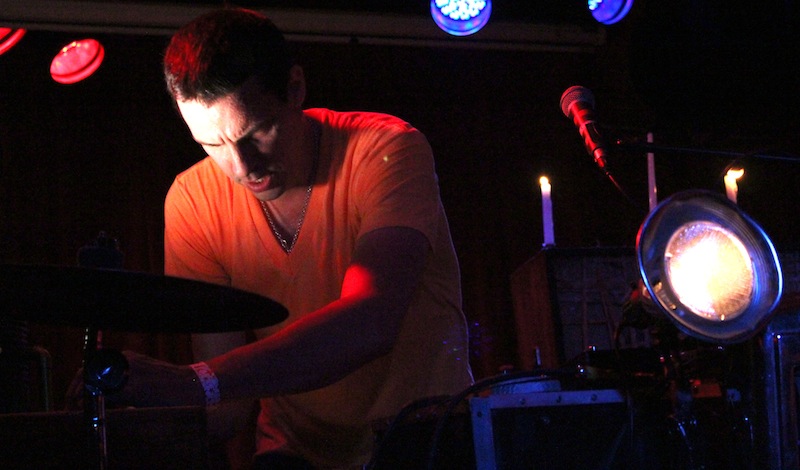 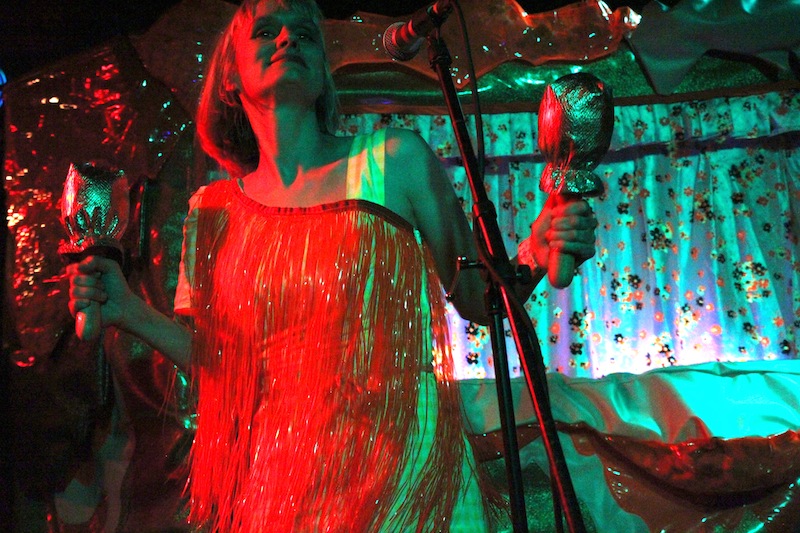 Friday’s crowd at Chop Suey took some warming up, seemingly split down the middle between true believers and Quintron virgins promised a next level ‘happening’. Support band Dent May played an admirable set of pure, unpretentious, shimmering pop. Then Quintron set pieces were quickly and quietly moved into place. The puppet show stage. The custom organ/synth combo, complete with Oldsmobile front grill, working headlights, and Louisiana plates. The ‘Drum Buddy’- a light-activated analog synthesizer of Quintron’s own invention. A trio of candles atop the massive organ speaker. Because it’s all about mood, baby.

The set began with both performers out of sight, working the hand puppets for the Miss Pussycat-led puppet show (she’s the principle puppeteer while he does most of the musical heavy lifting). This season’s variation of the show involved two friends engaging in space travel. They go to the moon looking for a party, but instead are chased by Dracula. They land on a different planet full of rainbows, defeat Dracula, and party happily ever after, all to a soundtrack of dinky keyboards. If none of this sounds charming to you at all, you should probably stop reading and go back to beating your puppy with a shoe. 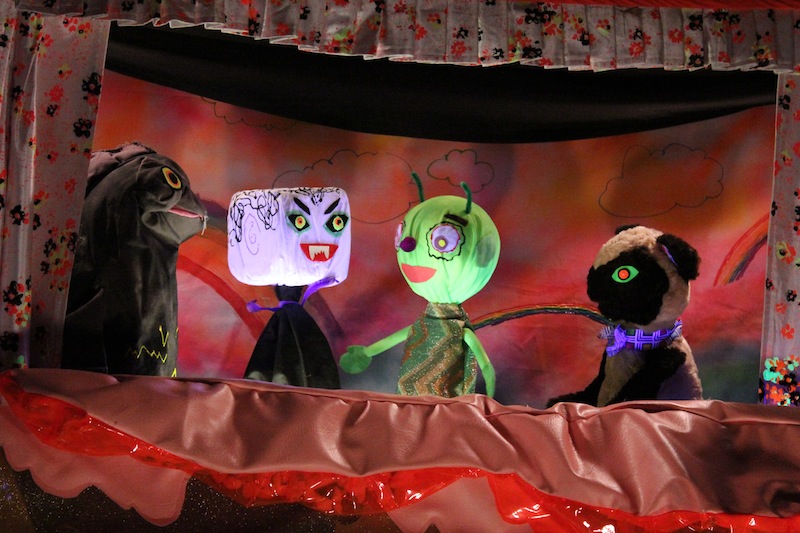 Quintron’s aggressive yet simple party boogies aren’t the part to write home about, it’s the force of his delivery. He’s the buffalo of musical performance: every part of his body is used, feet slapping pedals and playing a hi-hat, hands slamming down on keys or changing cones and oscillations on The Drum Buddy, his nose stopping the drum machine atop his organ, his mouth occasionally holding a tiny microphone he wails into distortedly. I’ve yet to hear a recording that accurately captures the frenzy of his performance, or the frenzy it inspires.

Those who were still unconvinced halfway in were won over by the crowd-pleaser “Swamp Buggy Badass,” and Quintron descending into the audience to embrace and sing to individual audience members. “You are a badass,” he told us. “I’m a motherfuckin’ badass,” he told us. “She’s a streetwalkin’ badass,” he told us. We were all badasses. And this is the beauty of Quintron – something sinister yet wholesome and inclusive all at once. Something dangerous, yet safe at the same time, its rock and roll brutality muted by things like hand puppets and instruments that have headlights. There was a pit filled with happy drunks instead of angry ones, more frolicking than anything else. A sea of balloons bounced to and from the stage. Ten audience members ended up singing backup alongside Miss Pussycat and her maracas, neither she nor Quintron missing a beat. And then it was over, almost abruptly, the tornado quickly evaporating from sight.

Always go see a Quintron and Miss Pussycat live show. Their brand of happy-go-lucky black magic and Swamp Buggy Badassery has to be experienced firsthand or not at all. 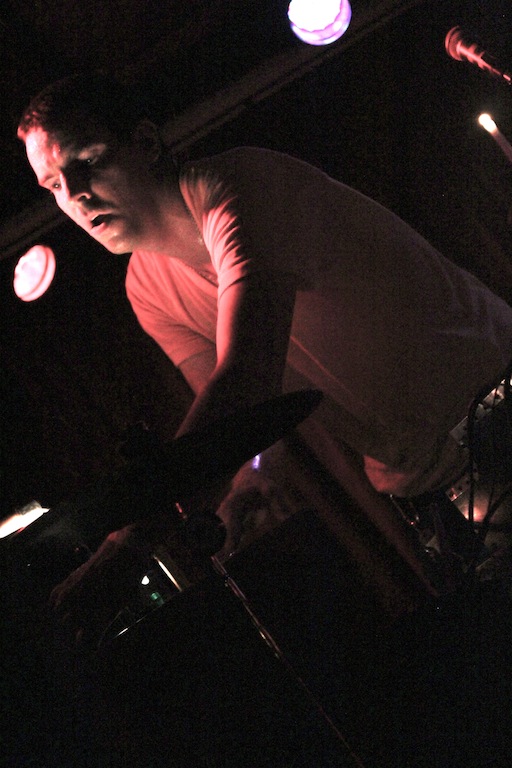 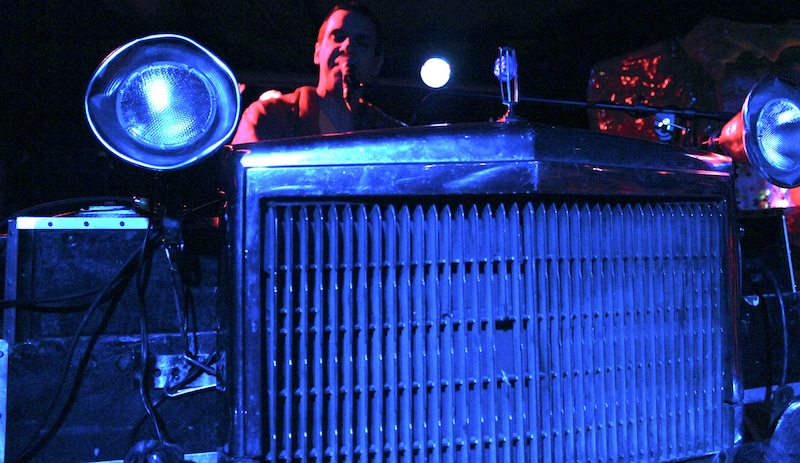 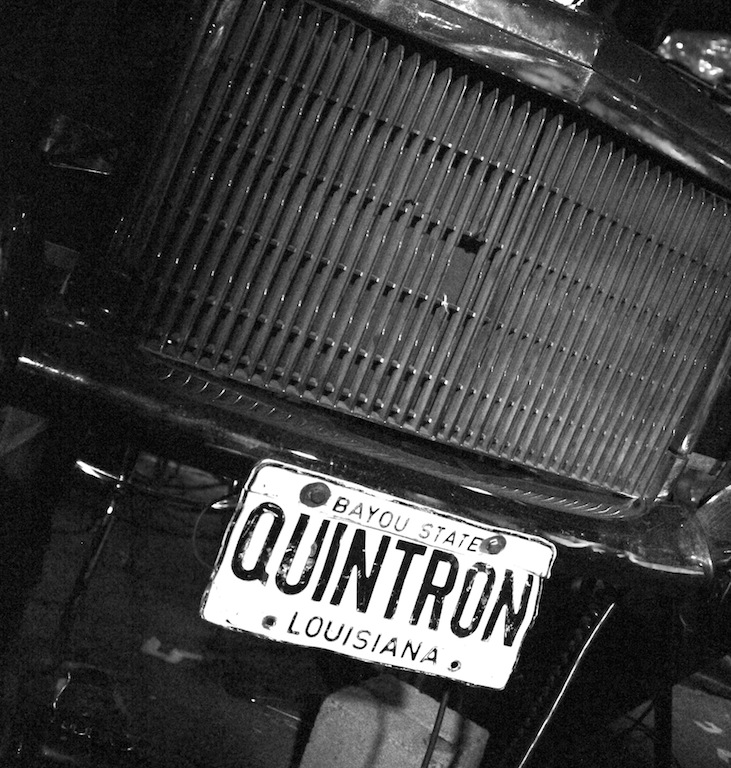 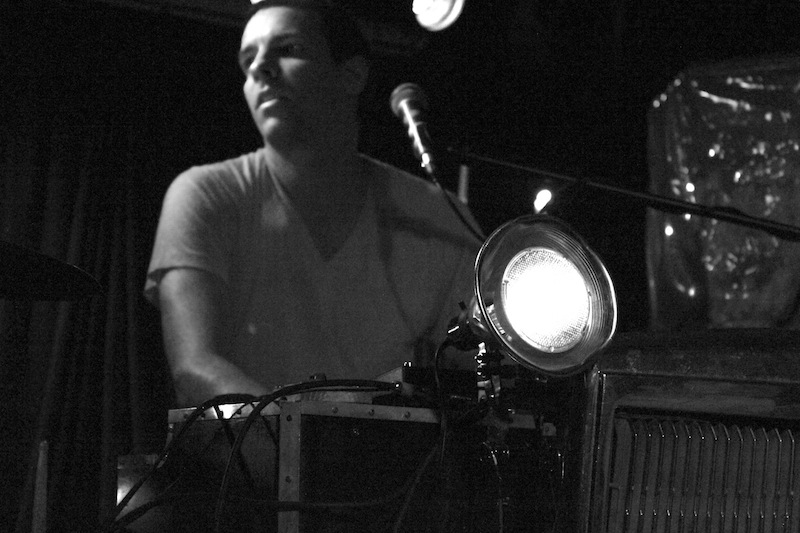 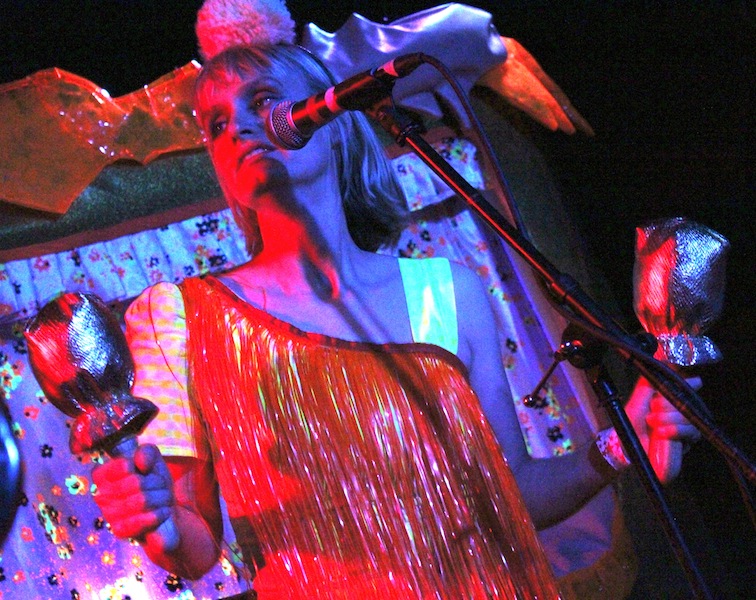 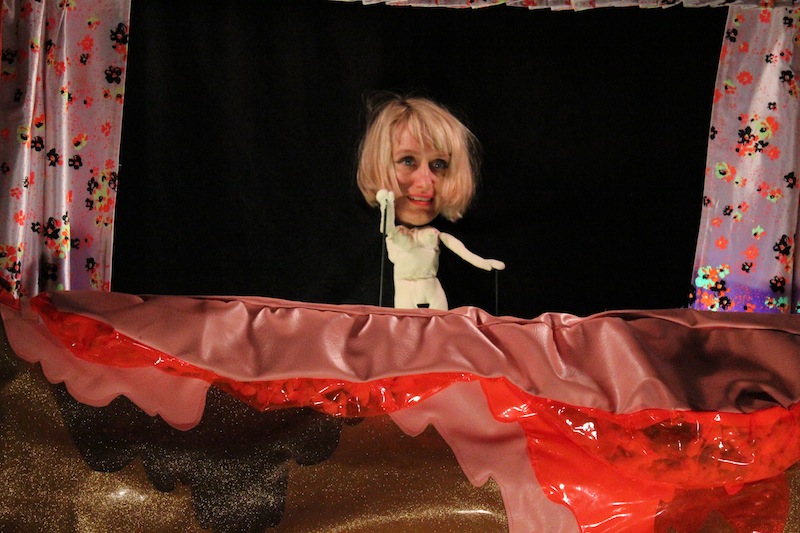 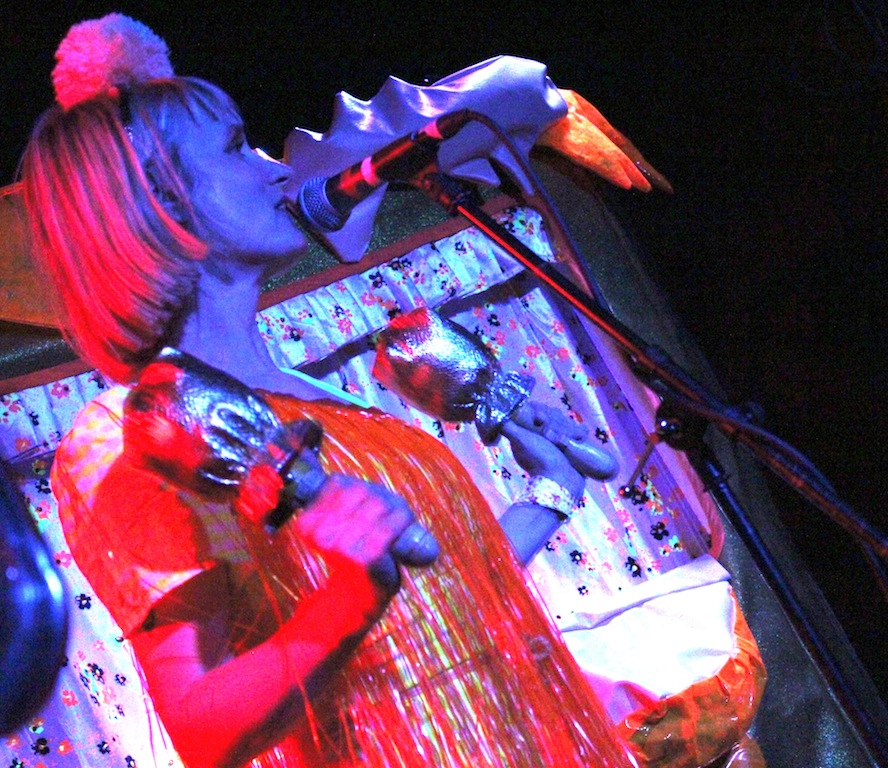 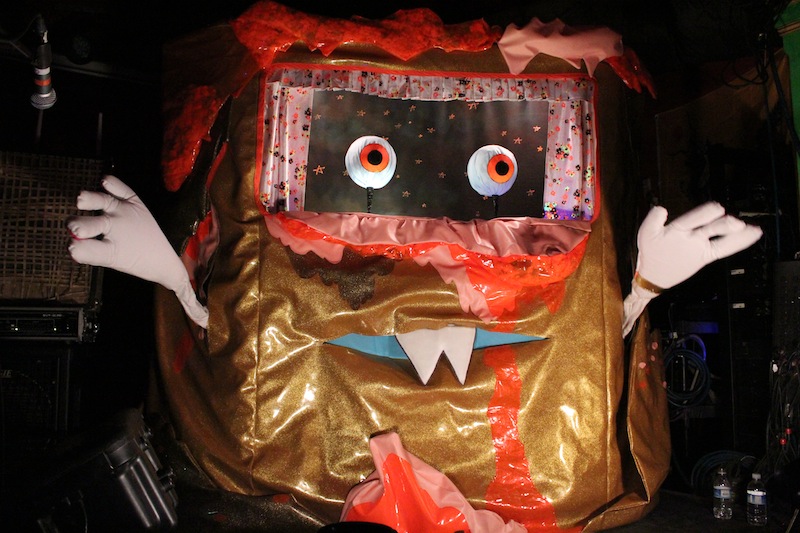 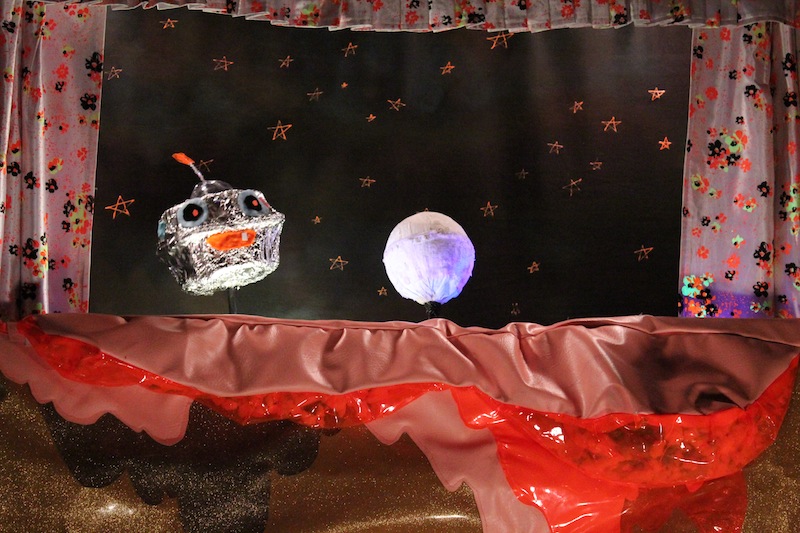