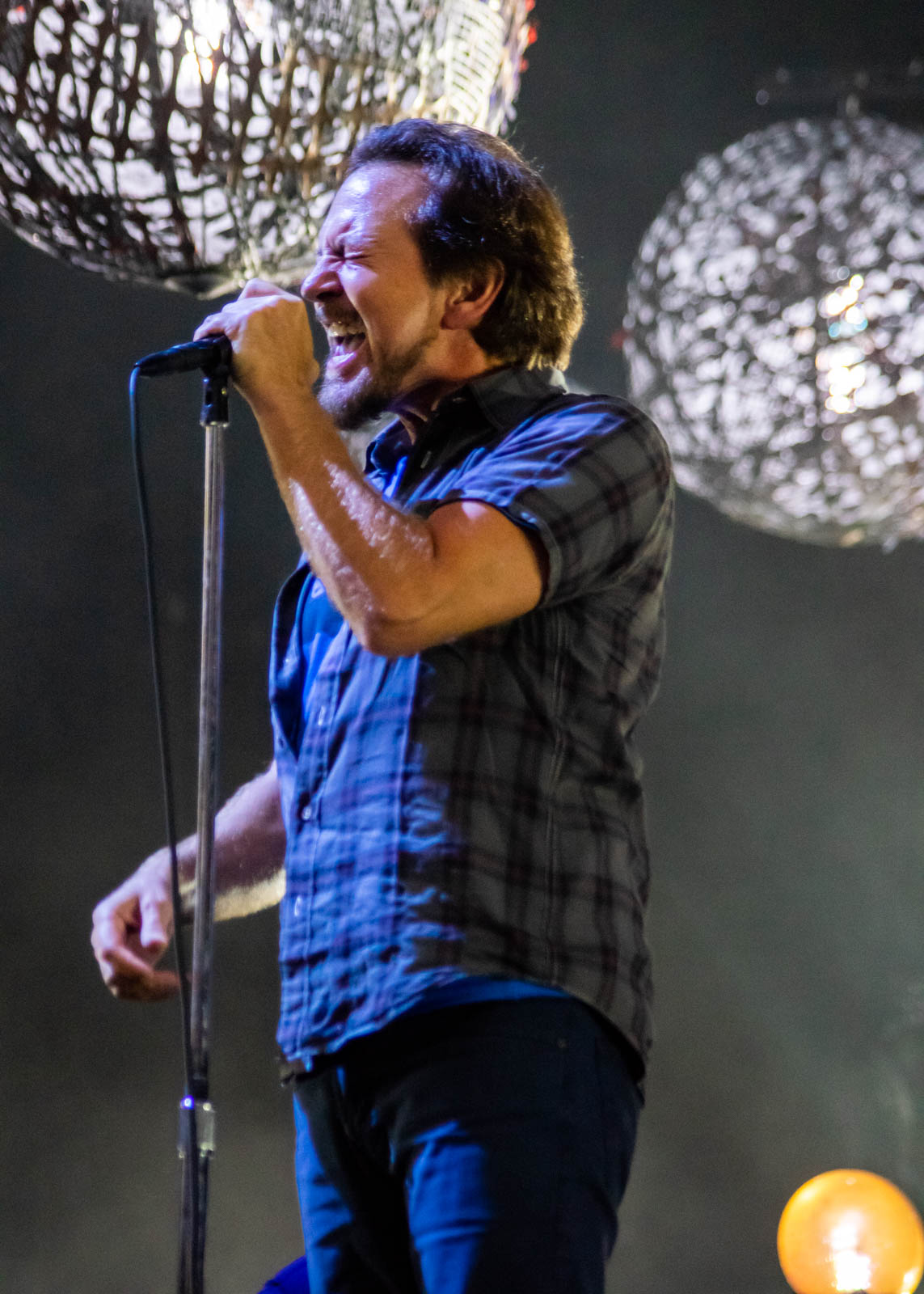 Pearl Jam hasn’t played Seattle for some years and this new tour blew the lid off what we thought we knew about them. The 45,000 people who witnessed this retrospective show, as part of a series of shows called the Home Shows, were treated to an amazing night of music that covered 50 years . . . when you include Neil Young’s lyrics.

The Home Shows were an amalgamation of business, government, citizens, and artists helping to turn the tides of the ever-worsening homeless problem. It’s no secret that population growth in Seattle has outpaced affordable housing, leaving individuals, families, and veterans with no place to live. The combination of economics and the opioid crisis has left a sea of tents and wandering souls. I applaud Pearl Jam and the community for confronting this incredibly difficult struggle. Vedder also sang a tribute to all teachers, and sang to his daughters and all teachers.

So tell me about the show already! Pearl Jam is no stranger to mixing their songs with covers and this show was no different. Pearl Jam kicked off the night with 5 Pearl Jam songs and then they entertained the legions of fans with great songs from Iggy Pop, Jack White, Pink Floyd, and others. Over the course of 3 ½ hours, they played 36 title tracks that included 16 songs in their encore. Some bands won’t play 16 songs all night.

Pearl Jam fans witnessed a finely tuned band. Mike McCreedy, Stone Gossard, Jeff Emmett, and Eddie Vedder sounded as tight as I’ve ever heard them. They truly sounded like a seasoned band and they really seemed to like performing together.

I was so fortunate to be able to photograph this show and experience it with my lovely wife. 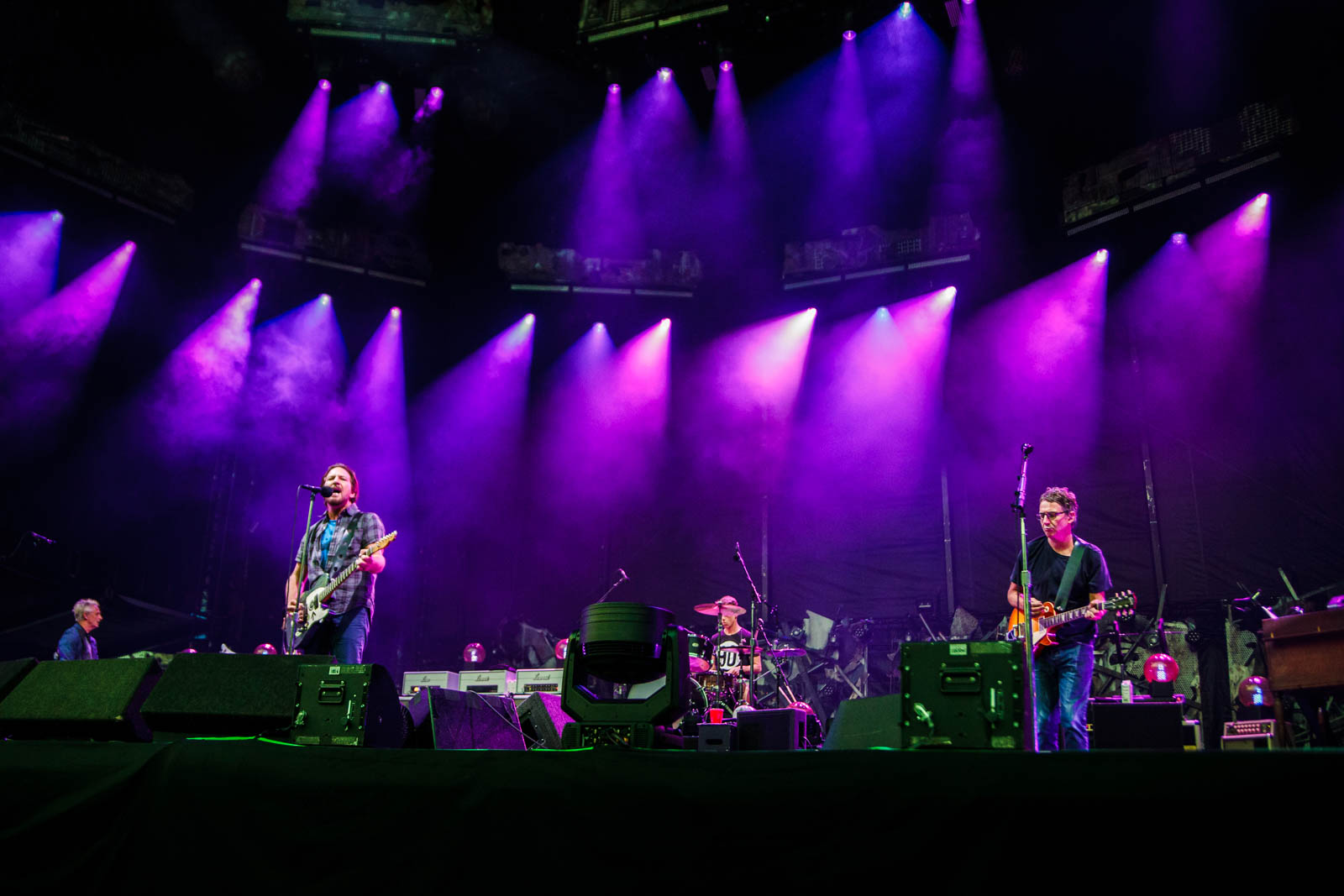 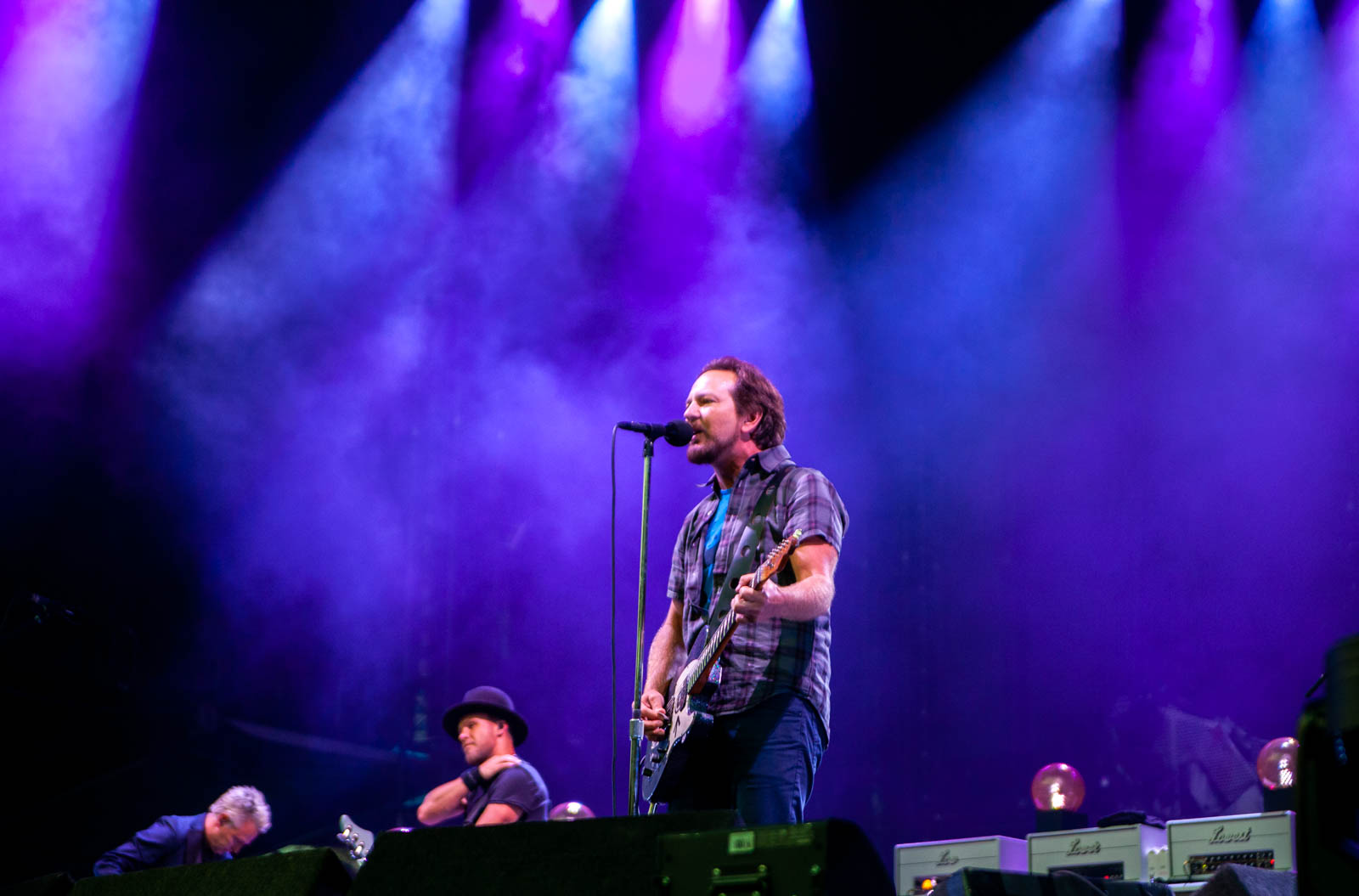 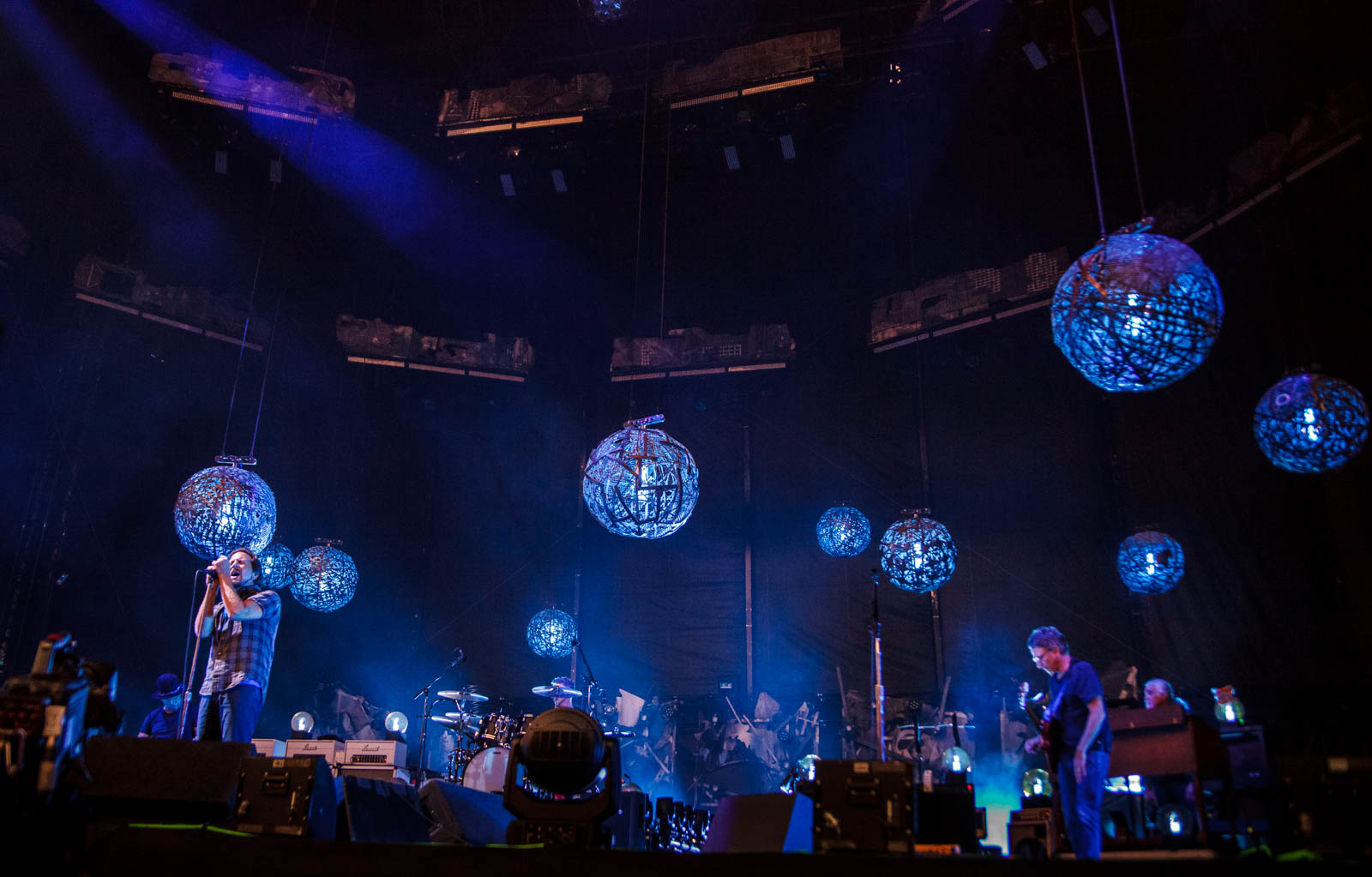 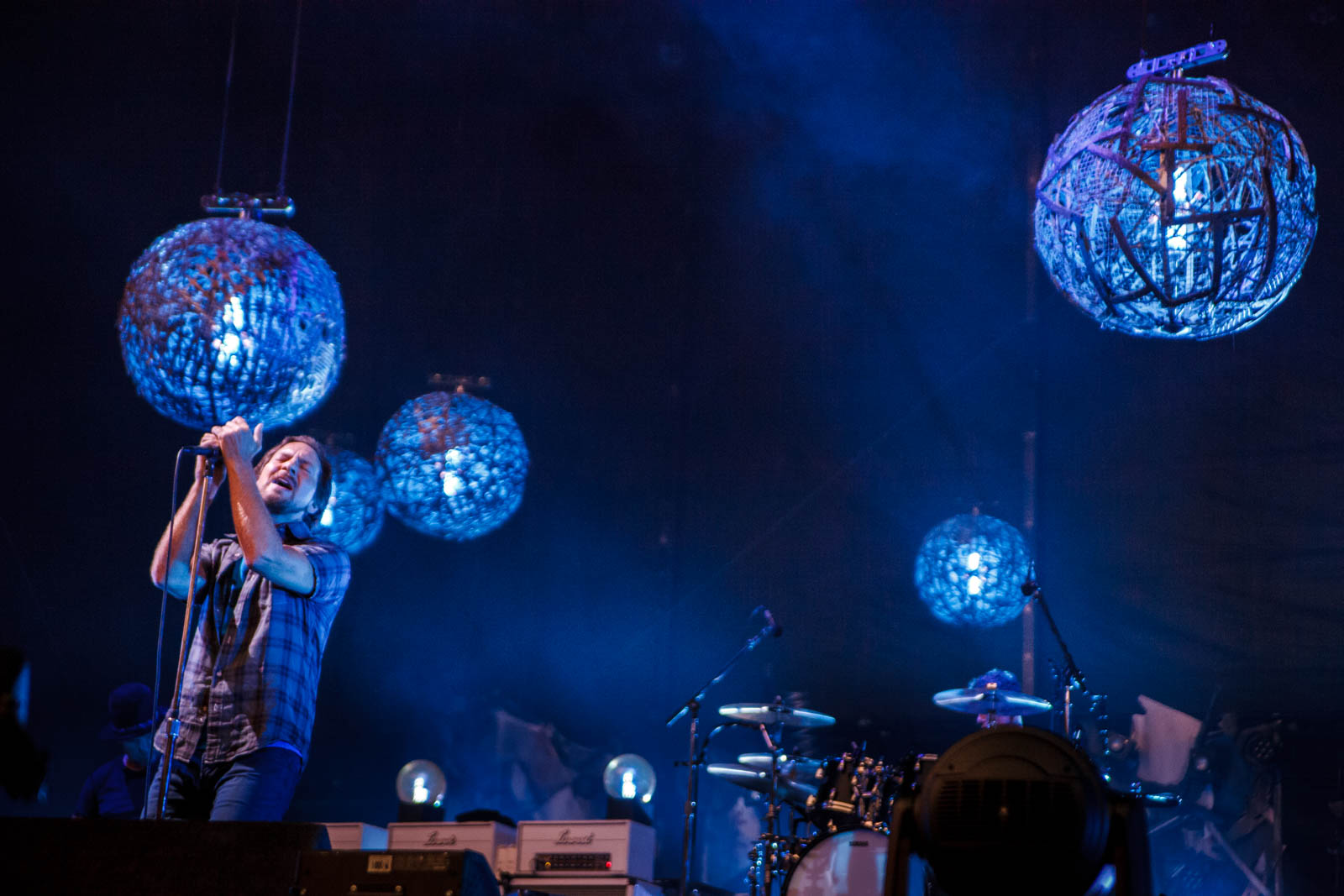 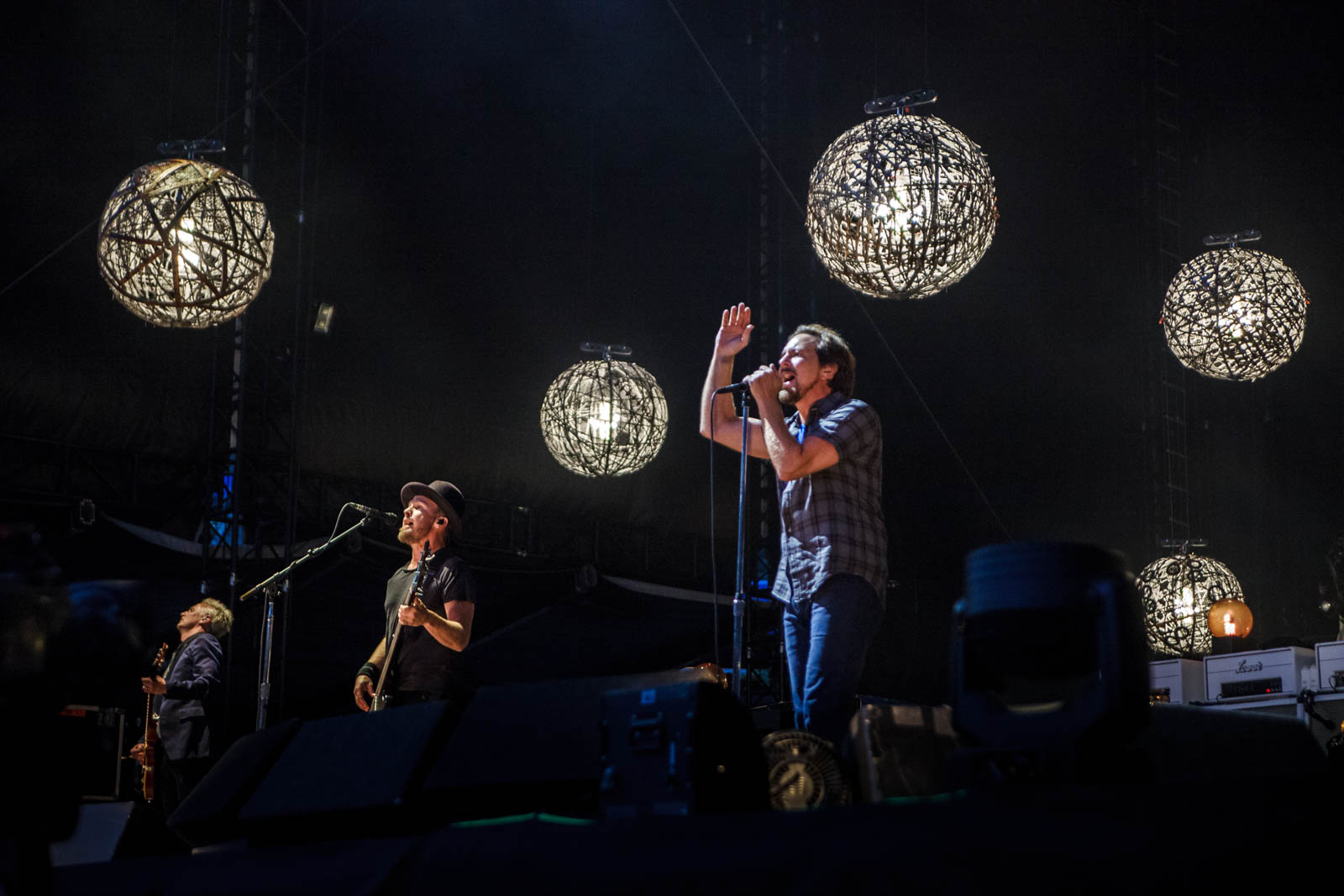 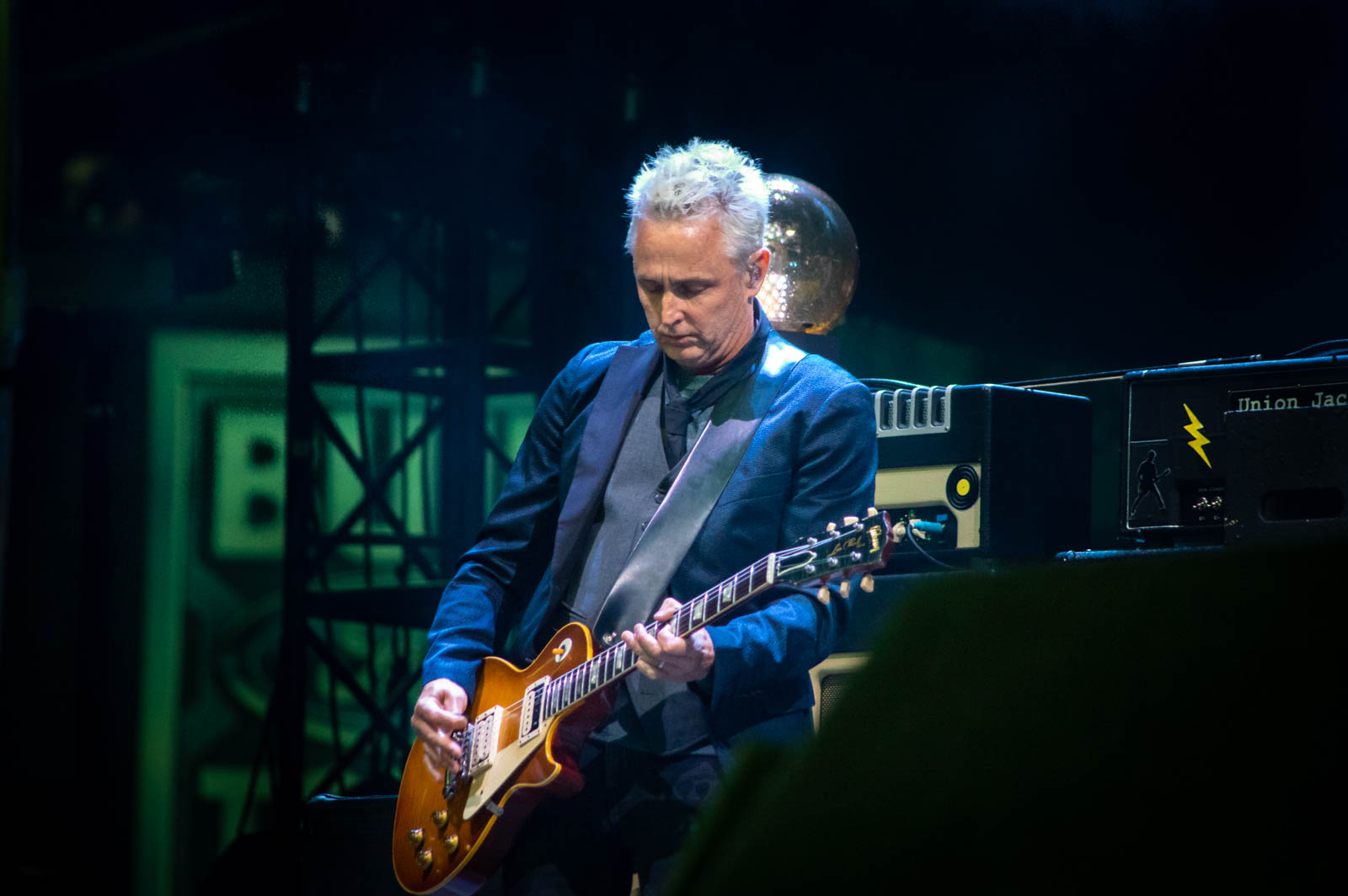 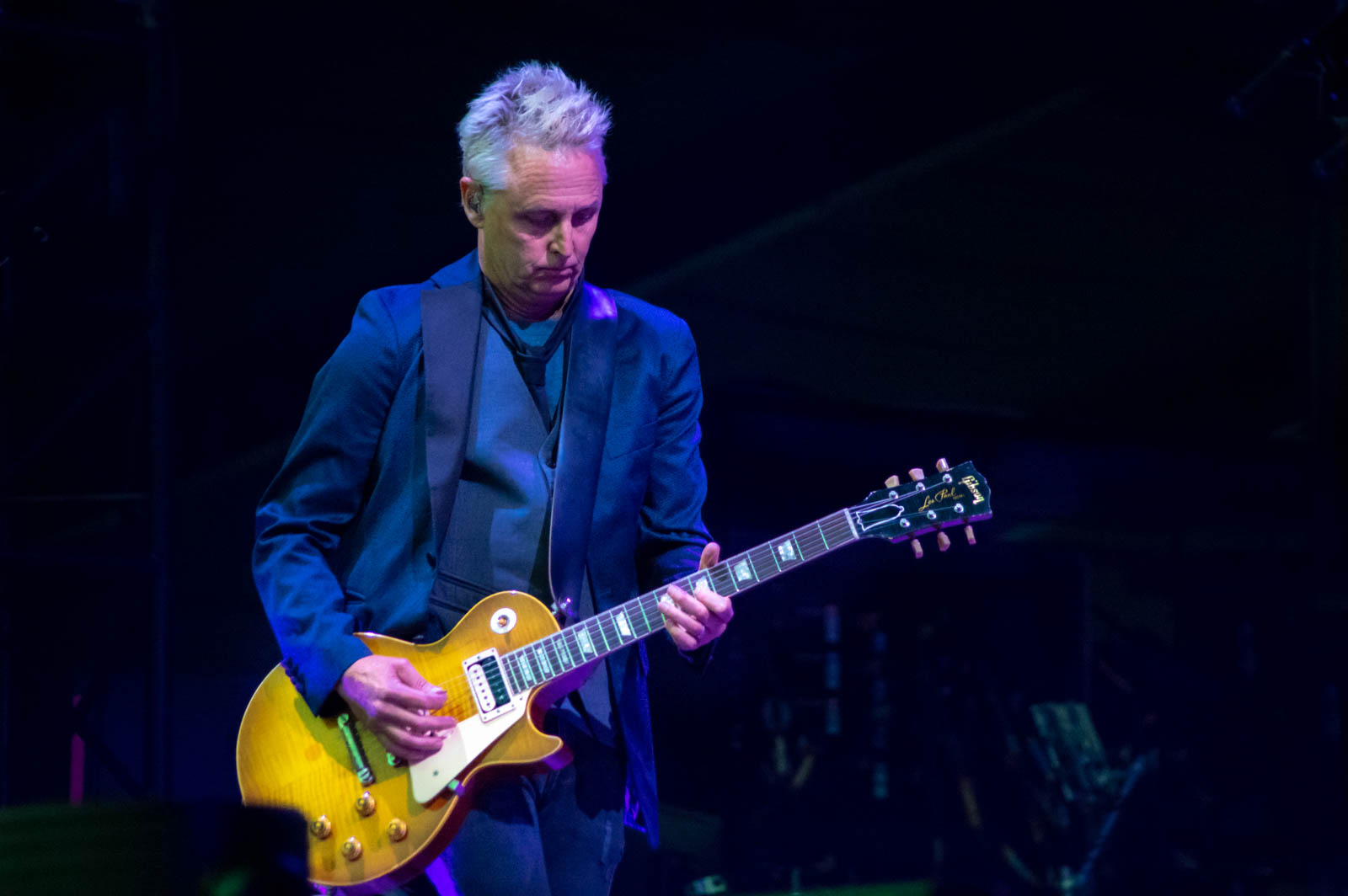 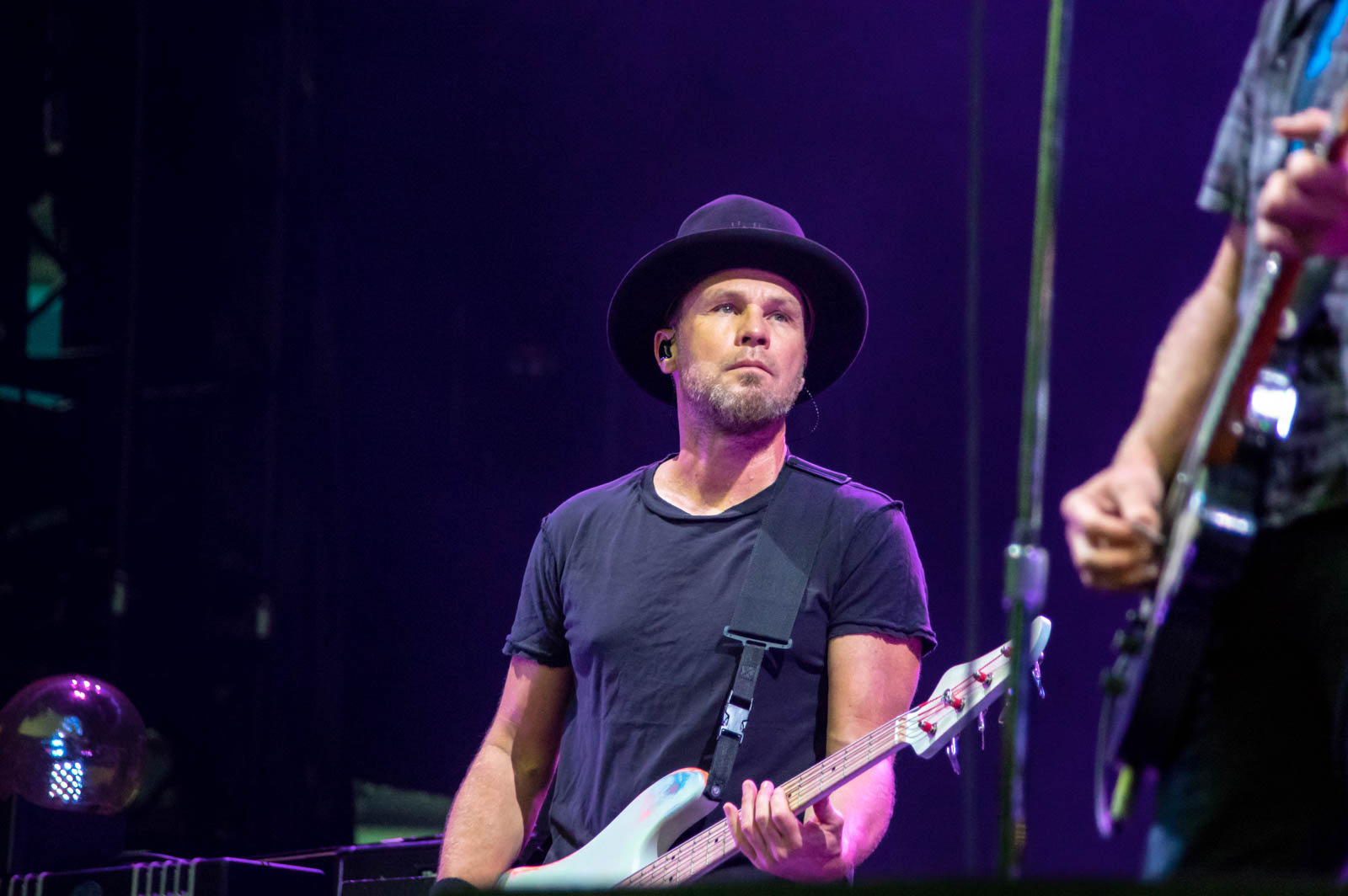 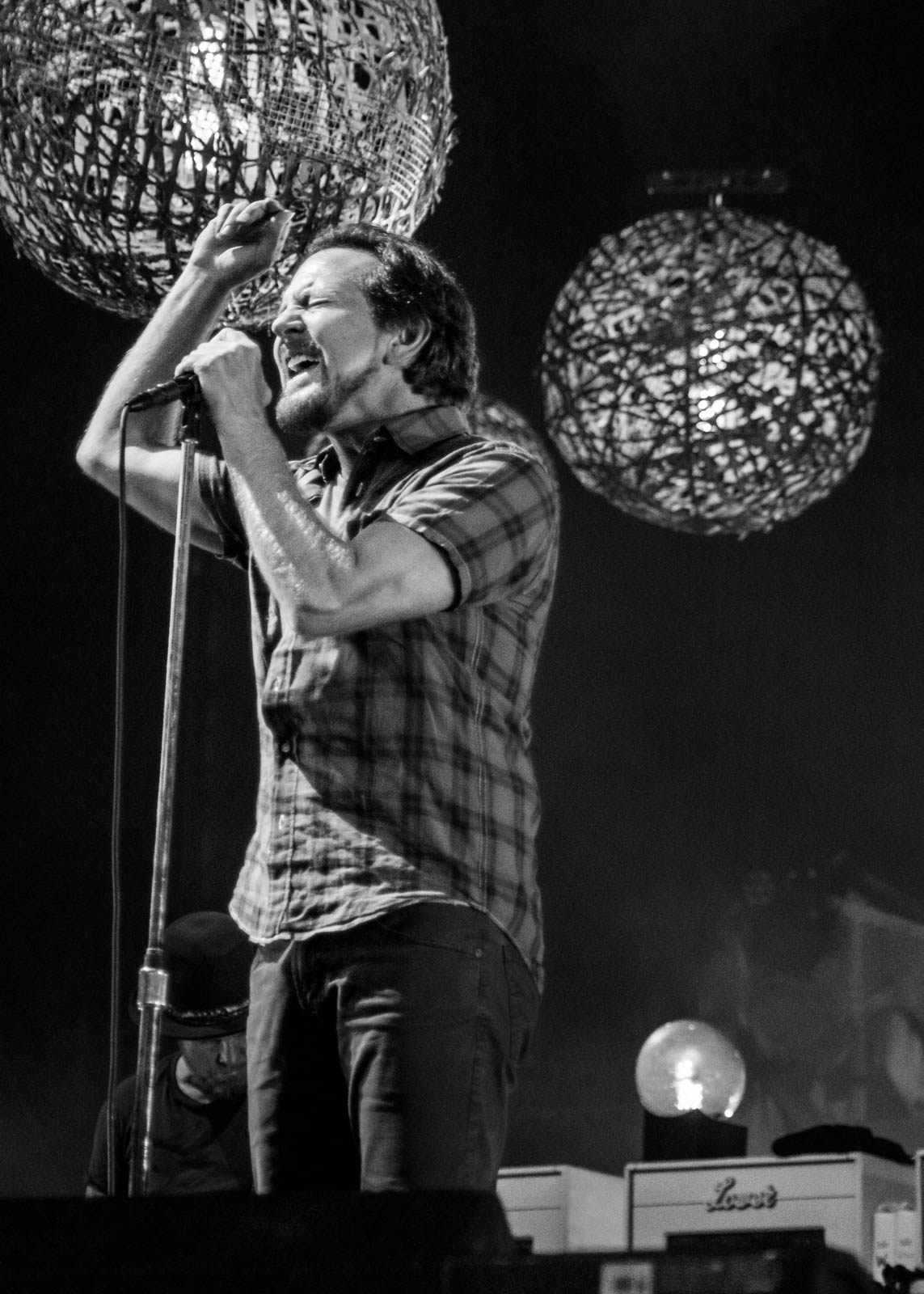 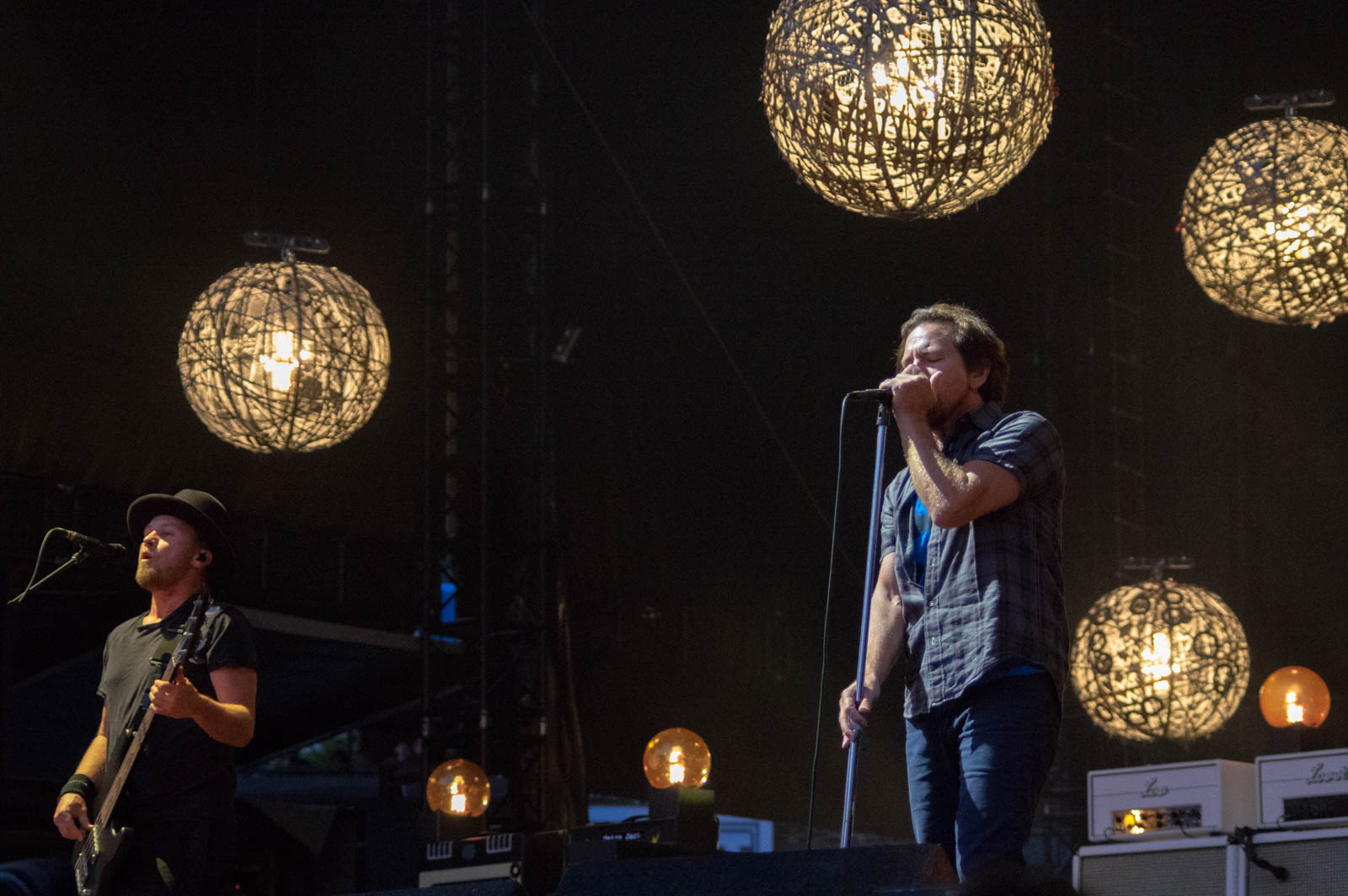 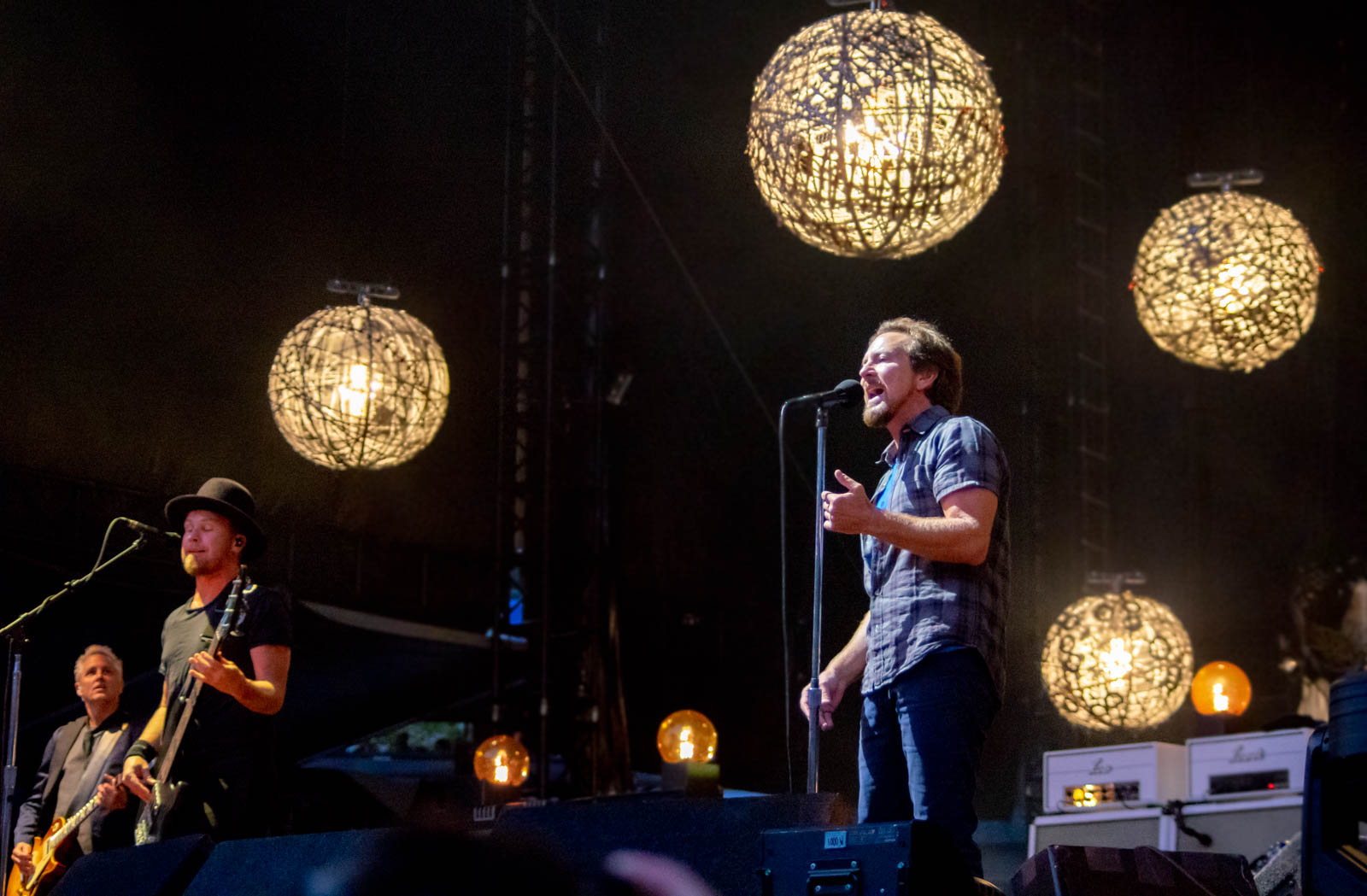 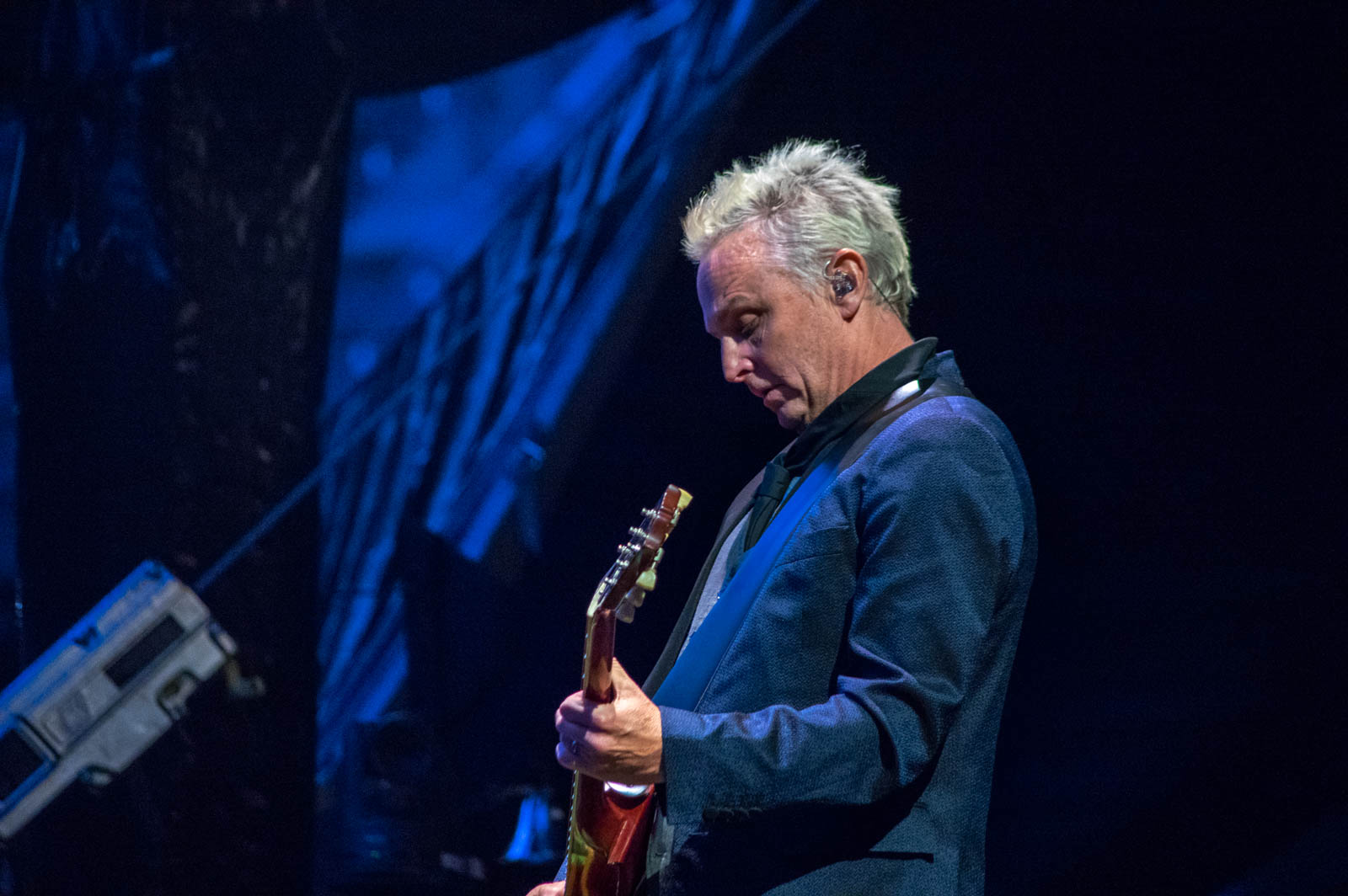 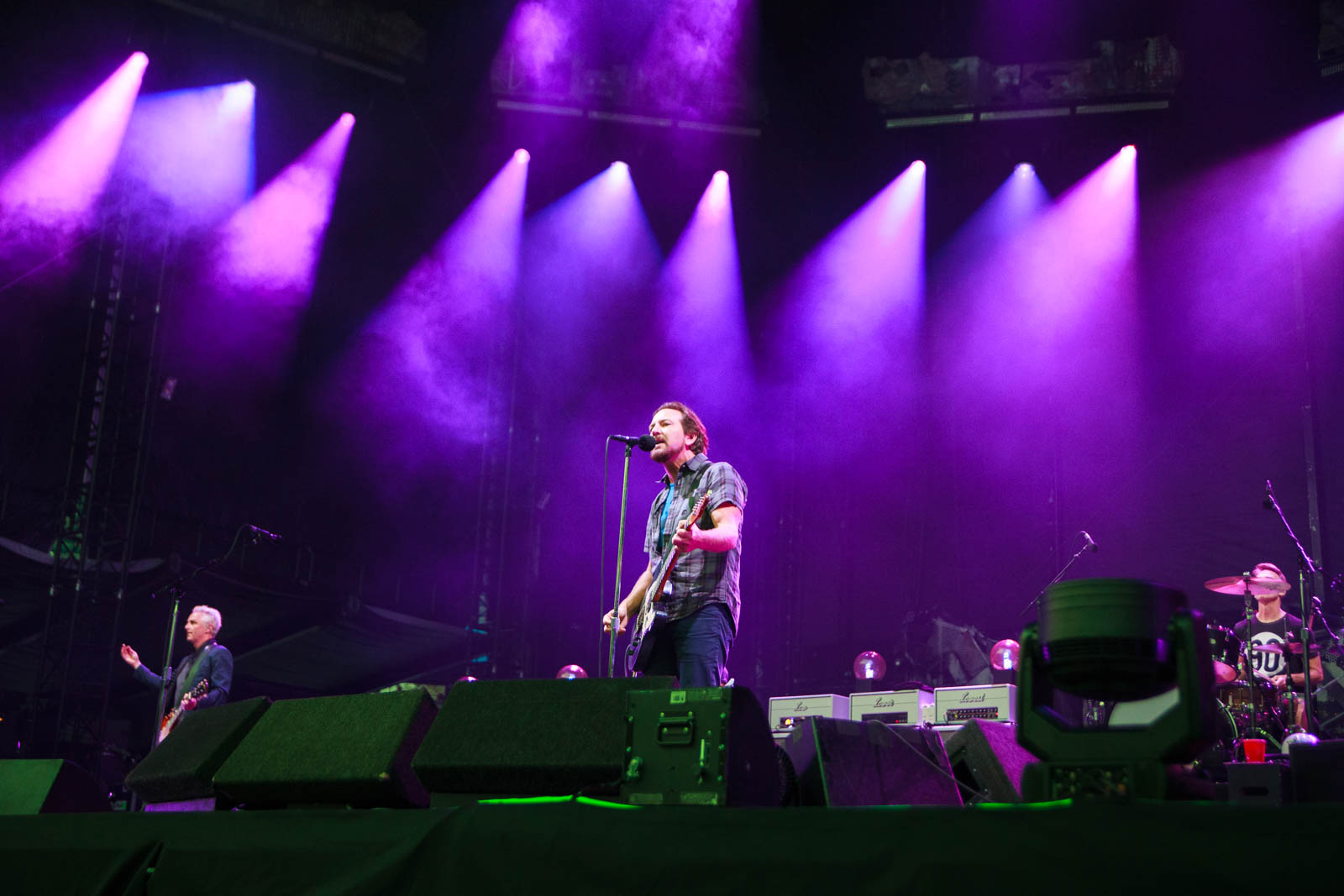 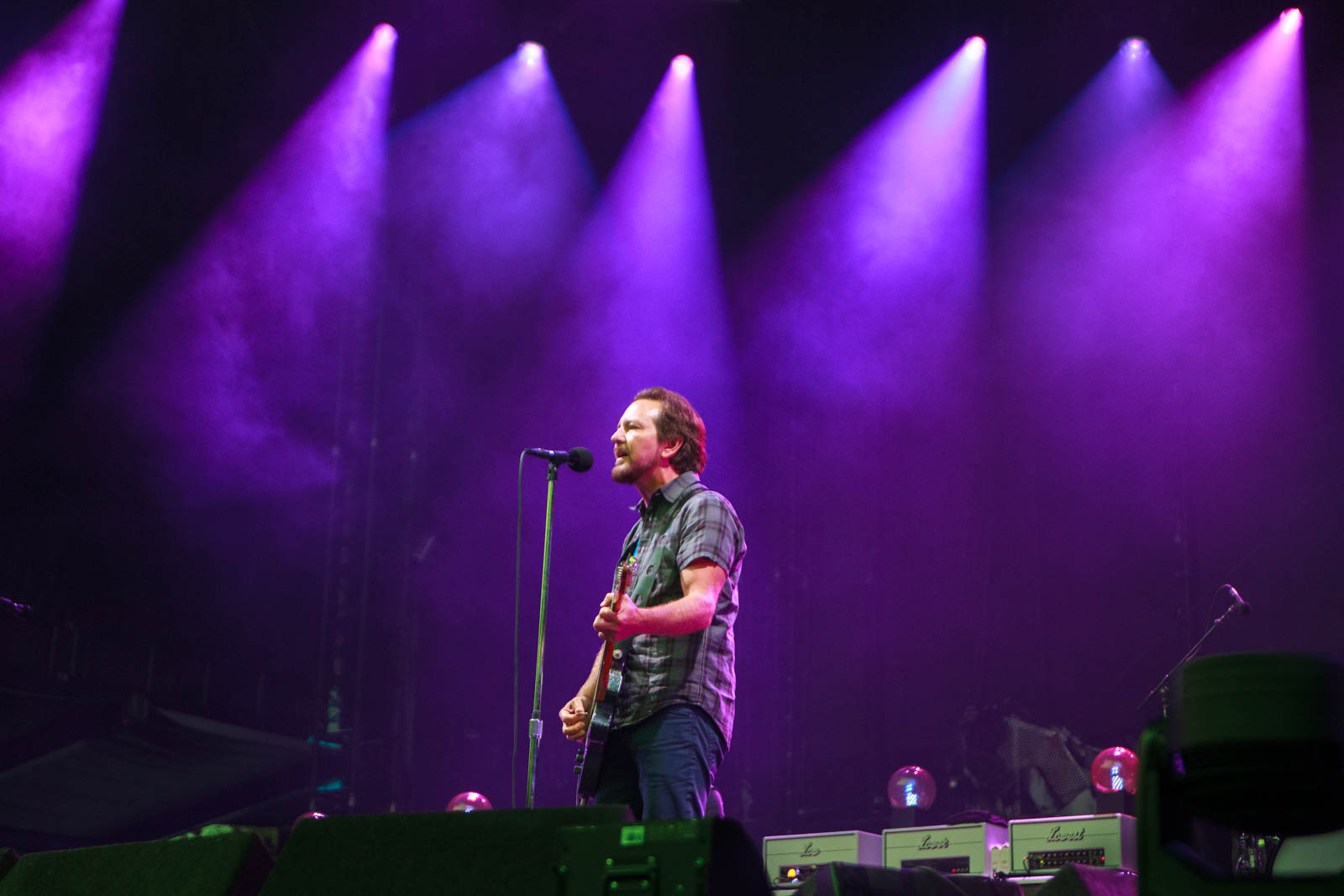 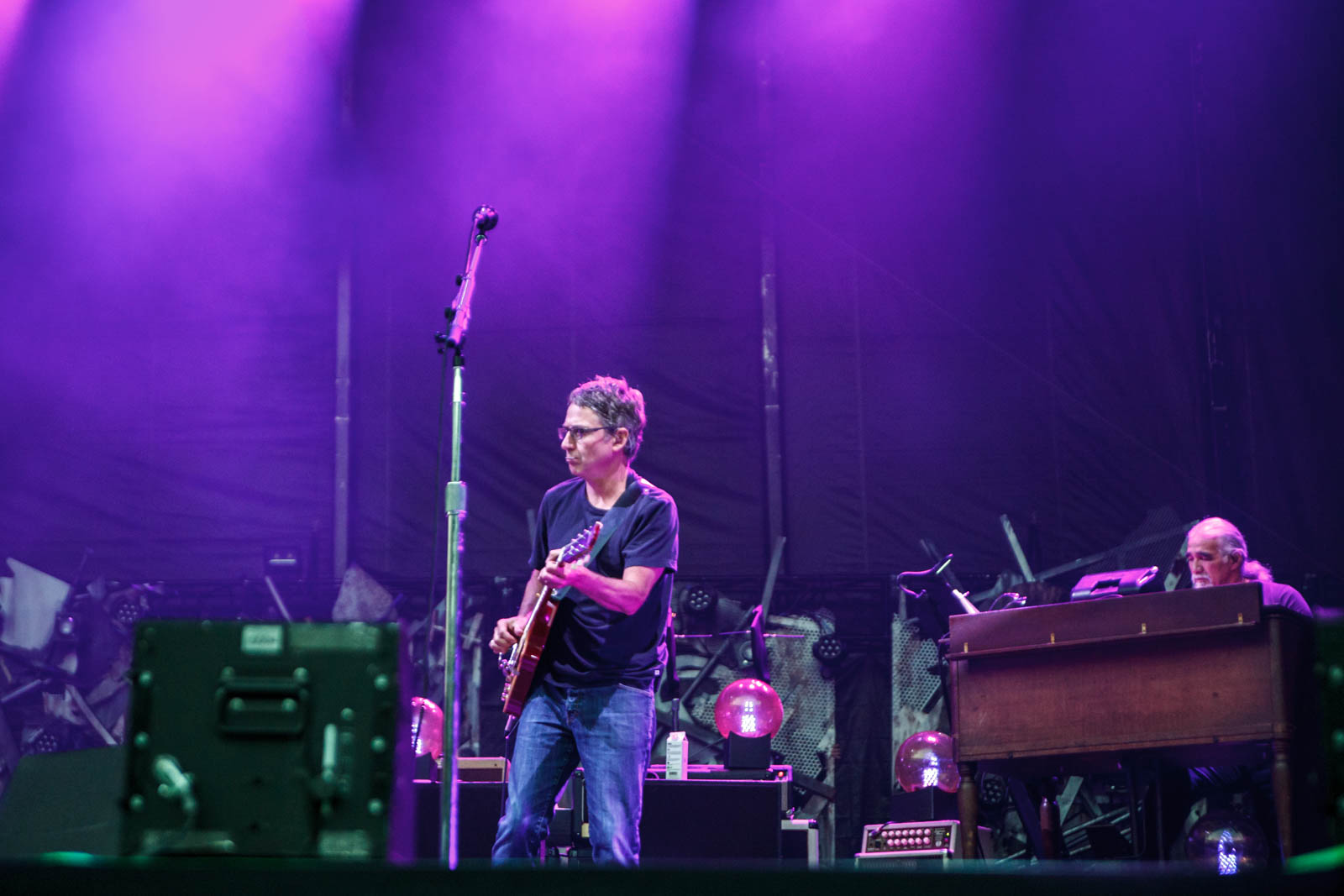