Noah and the Whale @ the Neptune, 11/17
Show Review & photos by Abby Williamson

Noah and the Whale brought me out to the Neptune for the second time in a week, and I am happy to say that I made it there on time. Several obstacles stood in my way, but I wasn’t about to miss this band after only seeing a short bit of their set at the Sasquatch Festival back in May.

I missed the opener, Nikki Lane, sad to say, as I walked in right when her last song was starting.

But Noah and the Whale did not disappoint. The crowd was young, but not too young to have known the band’s first album back in 2008. And I know that’s not that long ago, but with how many bands exist in this world, 2008 is light years away. And I am old.

The impeccably dressed band presented the show in three sections, however we were never actually told what the first section was.

“This next section is the romantic section,” lead singer Charlie Fink announced, before breaking into such songs as “Give a Little Love” and “Our Window.” Except in the middle of the section, Fink had to confess, “You know, I just realized that all of these songs are miserable, but calling it the romantic section was an easier sell, I think.” Then like a good novel, the band broke into the more lighthearted “dance” section as Fink called it, with songs like “Five Years Time” and “Tonight’s the Kind of Night” off their new album The Last Night on Earth, which is tremendously upbeat.

While the new songs are quite different and considerably more synthesizer-heavy, it’s a much happier way to end a show, especially when Fink let loose and took off his blazer and rolled up his sleeves. Another new song with a lot of heart was “L.I.F.E.G.O.E.S.O.N.” which is actually spelled out in the song. Normally I’m against the whole spelling things in songs, but this was incredibly charming.

For the encore, I was nothing short of moved. My favourite Noah and the Whale song is “First Days of Spring,” which is the most heartbreaking song I can think of at this very moment, and their live performance of it gave me goosebumps. After coming off a series of upbeat toe-tappers, to have a finale of the tension-filled ballad like “First Days of Spring,” it was perfect. Tom Hobden is a master of the fiddle, and paired with Fink’s understated delivery, the fiddle in this song made it so much more beautiful than it was on record because of the lovely acoustics of the Neptune Theater.

No wonder Jimi Hendrix played there. 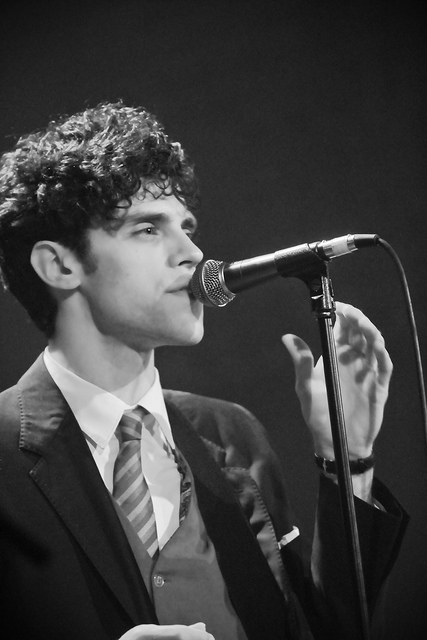 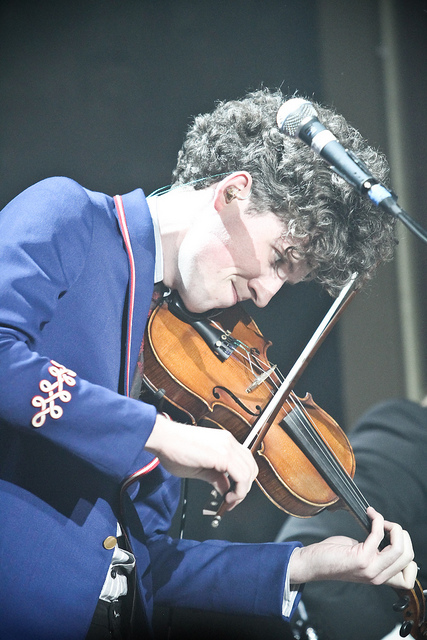 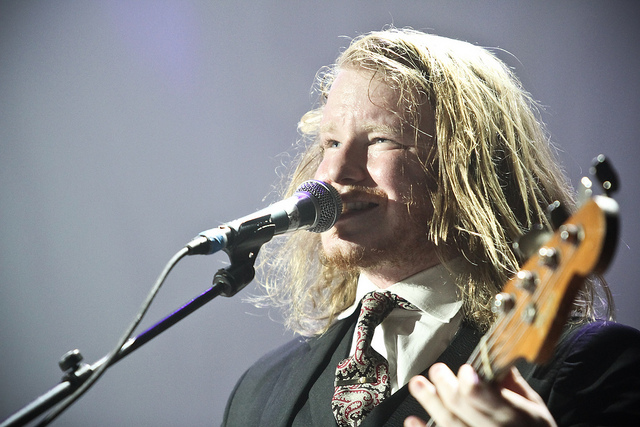 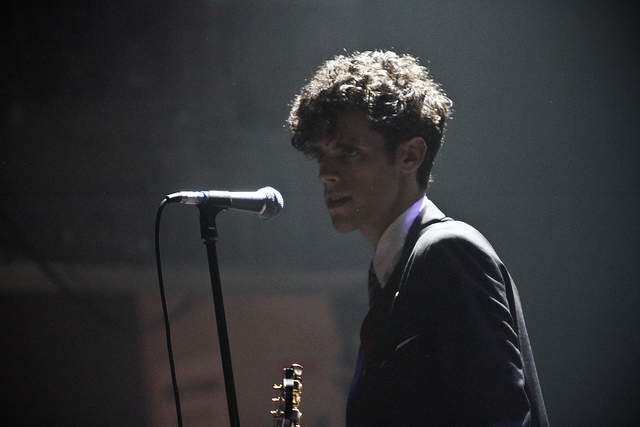 Noah and the Whale