Seminal- adj. 1. Of, relating to, containing, or conveying semen or seed. 2. Of, relating to, or having the power to originate; creative. 3. Highly influential in an original way; constituting or providing a basis for further development. 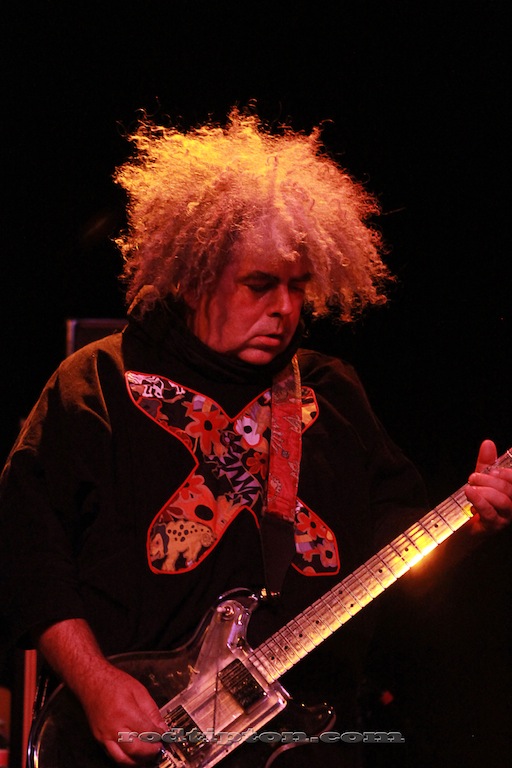 The word “seminal” gets thrown around rather often in rock writing. It’s become an adjective that has lost its impact due to overuse, or incorrect use. So much so that some people glaze over the word getting no more impact from it than if it were referring to a Floridian Indian tribe.

We’re going back to the roots here my friends. The cum, the viscous substance that started our scene that fertilized an egg in the collective imagination of the displaced kids of the Pacific Northwest. There might be no band more seminal to the PNW scene finding its own identity than The Melvins. Of course one could make an argument for The Fastbacks, or dig even further and claim Jimi Hendrix or The Sonics. But the truth of this approach is that the Fastbacks didn’t make much of an impact outside their own burgoeing scene, Hendrix started his career in St. Louis and was never considered a Seattle artist, and The Sonics? Well, that’s Tacoma and a completely different conversation.

And speaking of semen, possibly no other Seattle artist was as knocked up with the idea of The Melvins than Kurt Cobain. In fact, it’s safe to assume that Nirvana, as we all came to know them, wouldn’t have existed had Kurt not met Krist Novoselic while playing in a Melvins side project called “Stiff Woodies.” Those dudes worshipped The Melvins, and after a (so far) 30-year career of making music together, perhaps these idols have earned their tributes.

A personal aside here, if I may. Then back to topic. Grunge, as a genre, has always been seen as the killer of late 1980s hair metal. I do not agree with this supposition. I’ve always viewed grunge as an extension of hair metal as played by guys who had to dress slightly warmer than their LA brethren. Several people talk about how grunge came in and changed the dogmatic bro-code of popular music, but I don’t see it that way. You can’t argue to me that there’s more introspective lyricism happening in Louder Than Love or Nevermind that wasn’t being addressed at the exact same time by Guns N’ Roses in Use Your Illusion or Dogs D’Amour, or any number of so called “dumb metal bands.” I was a kid who loved both hair metal and punk at the time, I was the target demographic, and I certainly drew no distinction then or now between Mother Love Bone’s Apple or The Cult’s Sonic Temple except that I liked Andrew Woods words a lot better, because they weren’t about Indians and such; they were about women, and Early Times, and strippers tying you to the ceiling… Who’s the misogynist now?) and the lyrics on both of those albums are equal in nonsense. All those Seattle bands from the “first golden era” loved punk and metal equally. Those Seattle musicians were metal heads that wore high tops instead of cowboy boots, and funny hats because the constant rain would’ve fucked up their Aqua Net tease. Also, it ain’t easy walking around Seattle in cowboy boots, just trust me.

September 6th, Showbox: a packed house of diehard Melvins fans. I’m caught up in the idea that nothing could be better than this, reviewing the Melvins on their home turf. Federation X take the stage and acknowledge their friends in the crowd. A three-piece band (as all bands on this bill) Federation X play heavy music in the style of… Well, The Melvins. I do notice that there is no bass player, and the guitarist on stage right only has four strings on his guitar. The floor is half full, their friends are all up front. Being a band from Bellingham, they are playing to sympathetic ears. Very large drunk men are becoming increasingly rowdy on my six. I left my earplugs in my jacket at the coat check, It’s obvious I will need them.

It’s going to get loud.

If you know me, then you already understand that I have a certain reverence for the Murder City Devils. I fucking love them. What’s more, is that all the bands that have sprouted out of the Devils’ departure have been good to boot. Pretty Girls Make Graves, Triumph of Lethargy Skinned Alive to Death – both ace. It was shortly after I moved here that I read in The Stranger that Coady Willis, drummer from the Devils, had joined a Melvins off shoot called Big Business. Apparently their new album Here Comes the Waterworks was amazing. I copped it post haste, and truth be told, living in a city where I knew not a soul, the record spoke to me. Titles like “Another Fourth of July… Ruined.” and “Another Sunny Day in the Pacific Northwest” cooed the metalhead in my heart. It was sludge, it was stony, and most important… It was heavy. 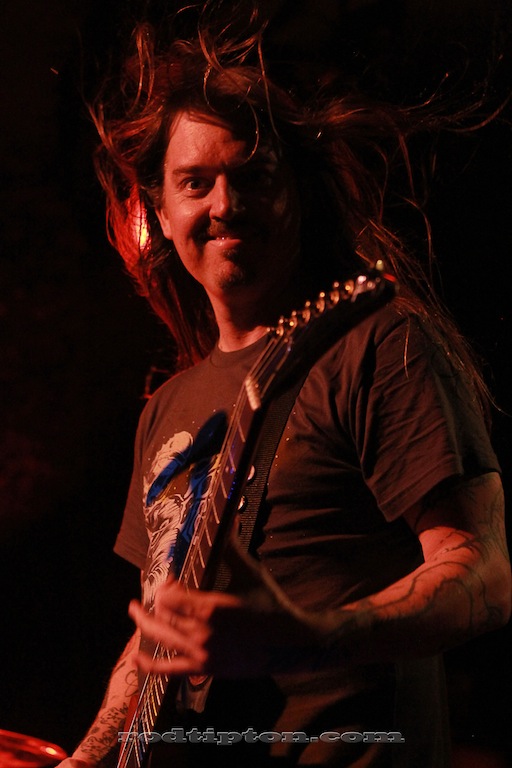 When Big Business took the stage, the crowd got tighter. What could have come off like metal messiah-ism was abated by the goofball attitude of the band. These guys were having fun, and poking fun at themselves in the process. Guitarist Jarred Warren had a fan in his face to blow his hair to Satanic Metal Majesty heights, yet the plastic banana perched atop his microphone took any ferocity out of his delivery. And it was intended. I think it’s important to note that I haven’t seen a band have that much fun on stage, just enjoying playing music to friends, in a long while. In short, they fucking rocked!

The Melvins Lite. What can I even say about a band that formed in 1983 that has put out almost thirty albums? That sort of legacy tends to speak for itself. I’ve lived in many cities over the years, and in every single one of them there are those three or four guys that listen to nothing but The Melvins, and they push the band on you, and judge you if you don’t respond in their intended manner. It was precisely this that made me want to see the show. That, and the fact that they are so seminal to this scene that I love. There I go again, talking about semen.

There had been speculation in the months leading up to the show. What is Melvins Lite? Is that acoustic? A number of fans didn’t seem to even know, although they could reel off the dates and count the times they had seen the band. Everyone seemed to get that glossed over look in their eyes. “Yeah dude, the Melvins show in ‘99…”

Everything Louder Than Everything Else, a Motorhead tagline. A wall of amps, a rack of mirror-plated guitars. The big dudes on my six are drunker now. The floor is filling up. There’s only one drum kit set up on the stage, instead of the usual two. I start to thinking that this is what the “Lite” means, when a guy dressed as a classic Louis Skolnick nerd with taped glasses and pocket protector starts playing an intro on a bass viol. It may have been a stand up bass, but I’ve never seen those played with bows. That’s what he’s using, a bow. and the sound is amazing, it’s like nothing I’ve heard before. It seems out of context with the low gutteral percussion now starting right behind it, as drummer Dale Crover takes the throne behind his kit. Trevor Dunn (Mr. Bungle, Fantomas) is the nerd-man on stand up whatever it is, and this is what incorporates Melvins Lite, a different rhythm section. He of the Hair arrives lastly on stage and greets the audience with three minutes of feedback and fuzzed out chords. Buzz Osborne, King Buzzo, his coif jutting out like a crown.

I may not have listened to The Melvins before this show, but I damned sure do now. Their show kicked ass. Loud, regal, and ethereal, the band owned the stage like Sultans of Sludge that they are. The large drunk men, no longer able to control themselves, run up on the stage. They shake cans of Kokanee and dance a scurrilous jig before being extricated by overwhelmed security. I’m uninitiated, yet quickly being won over. I can’t tell one song from the next yet, but I love how brash the band is.

Seminal. I buy a few of their albums afterward and listen compulsively. 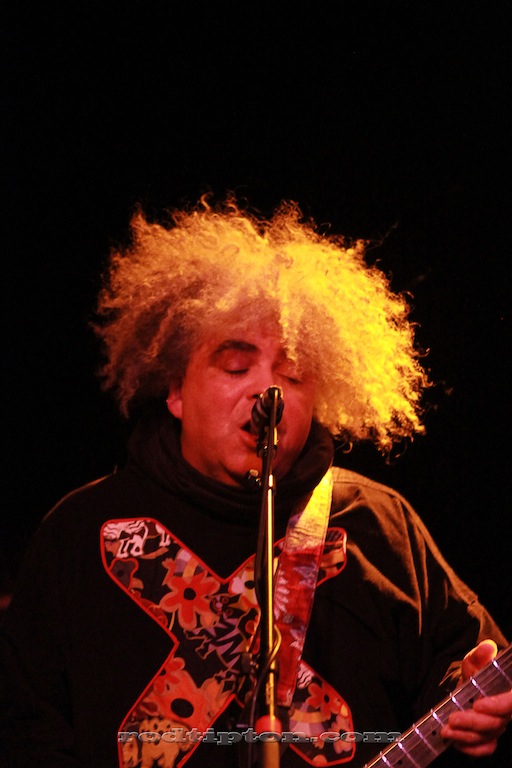 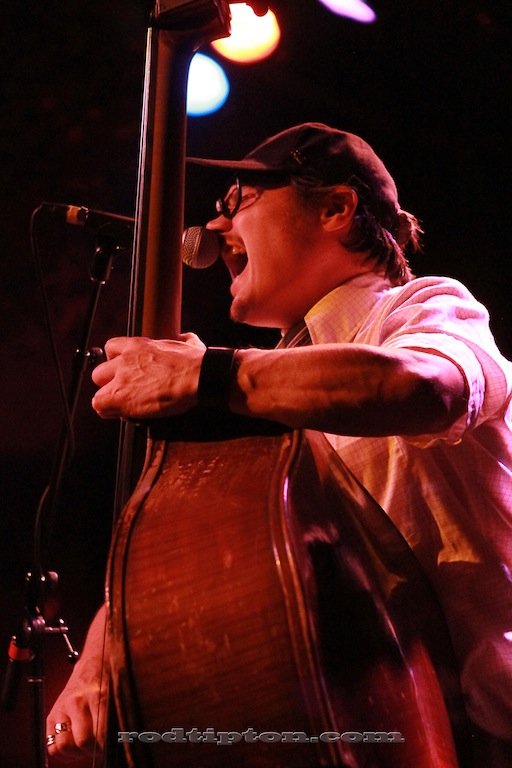 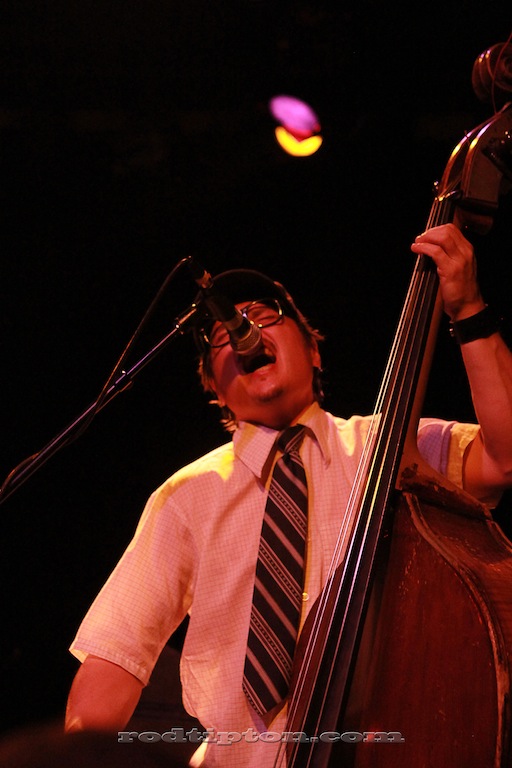 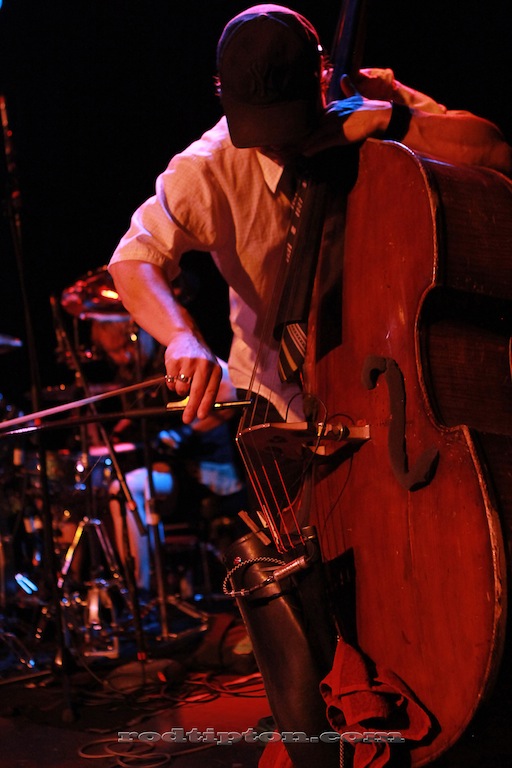 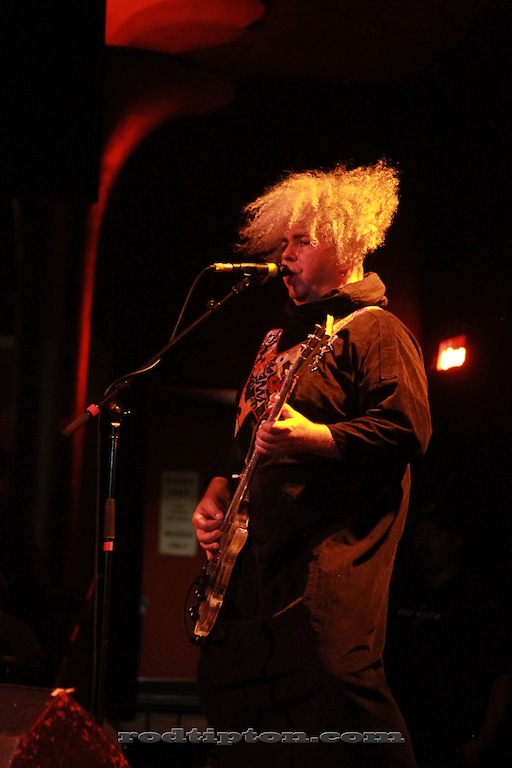 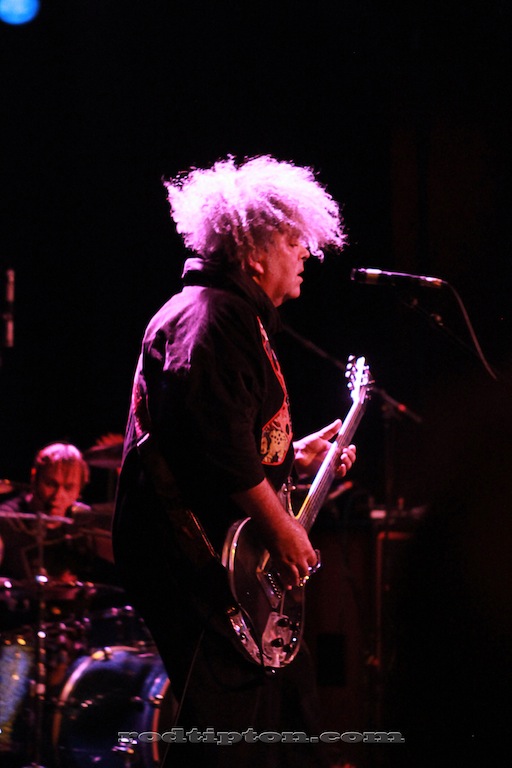 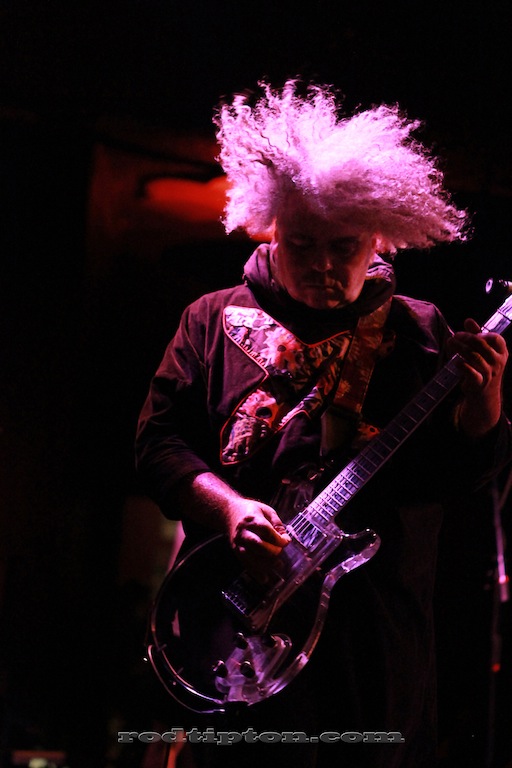 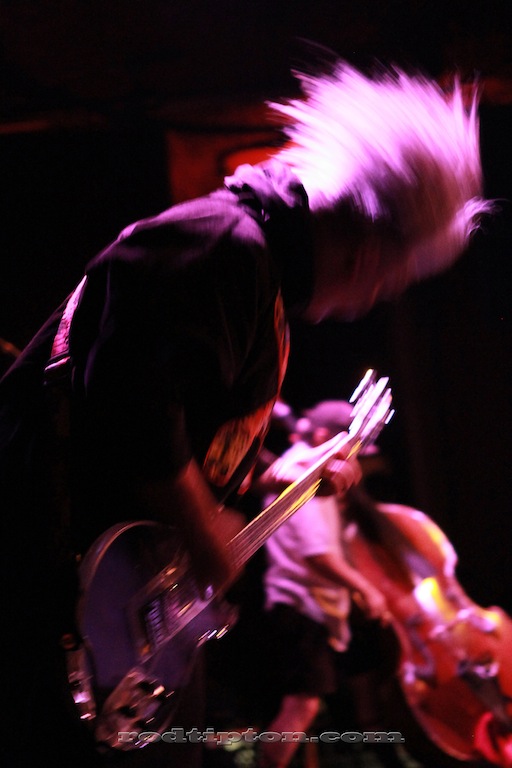 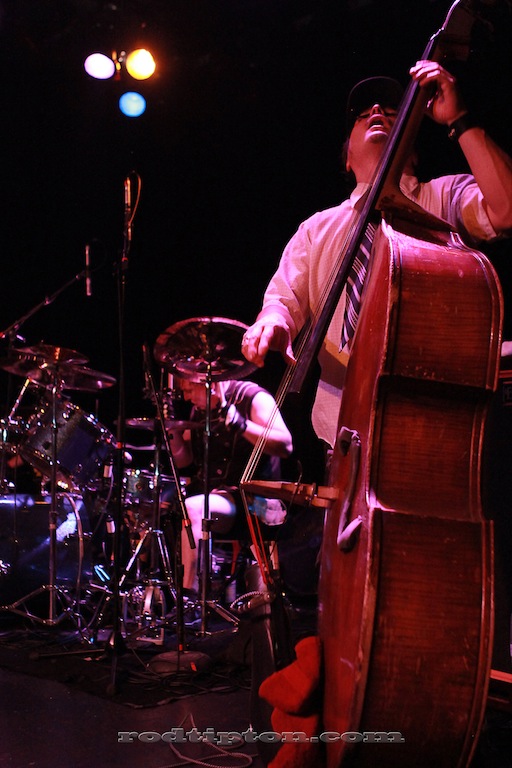 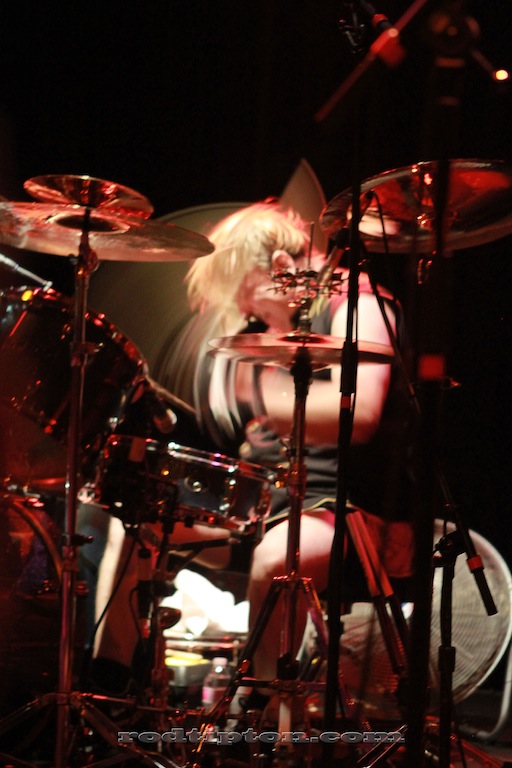 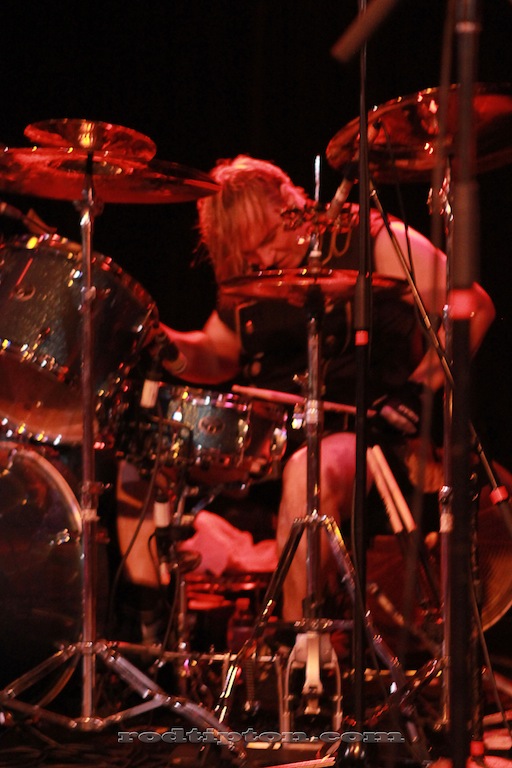 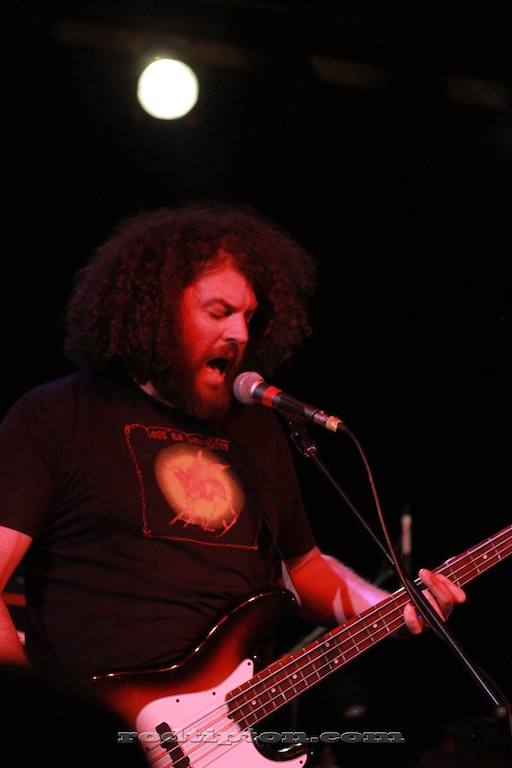 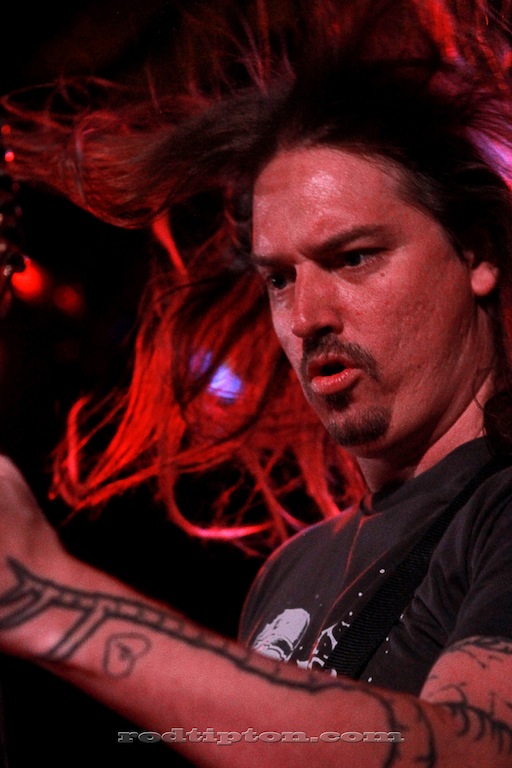 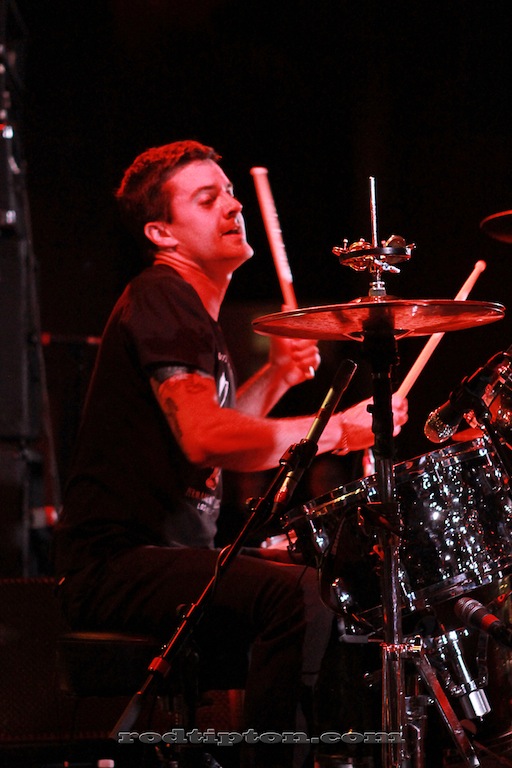 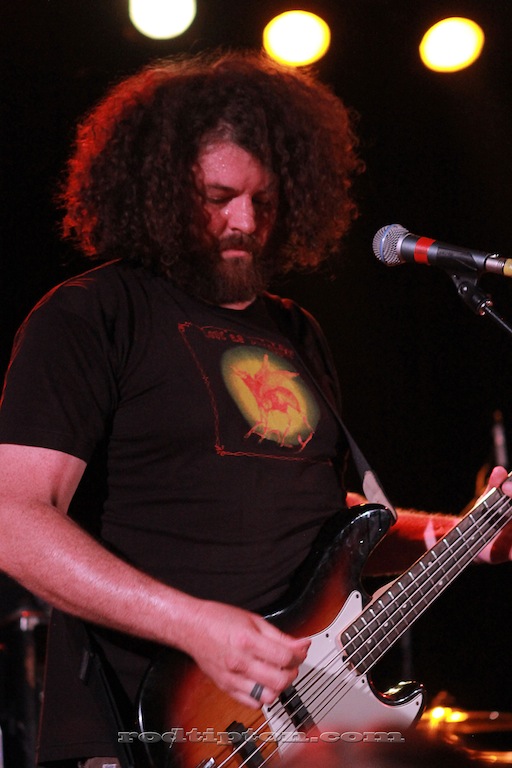 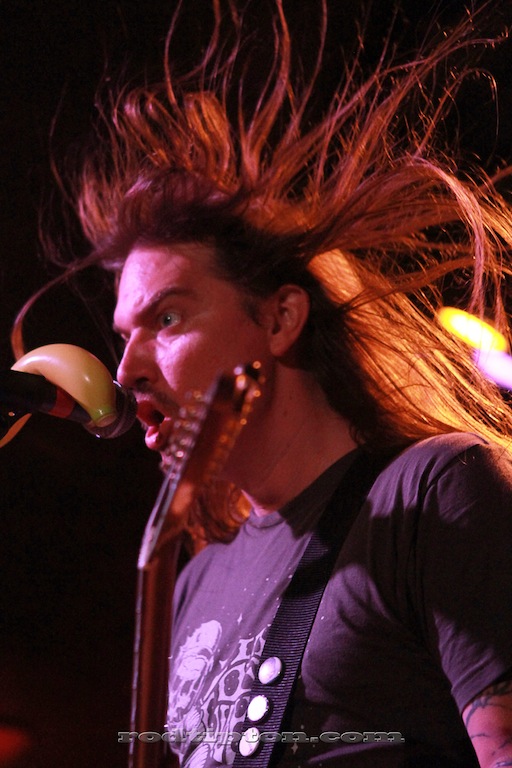 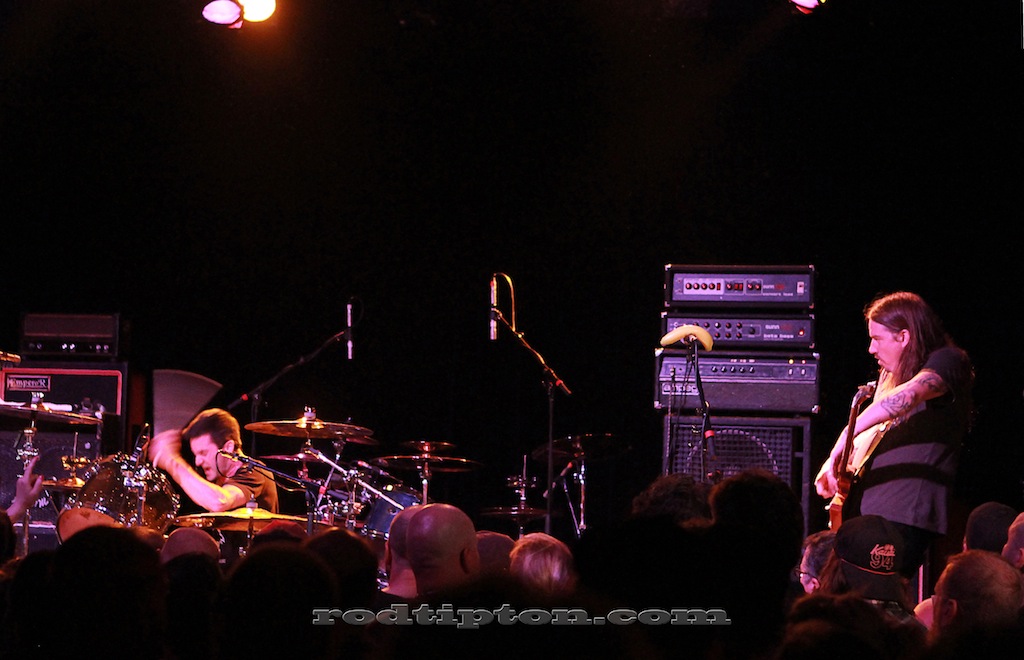 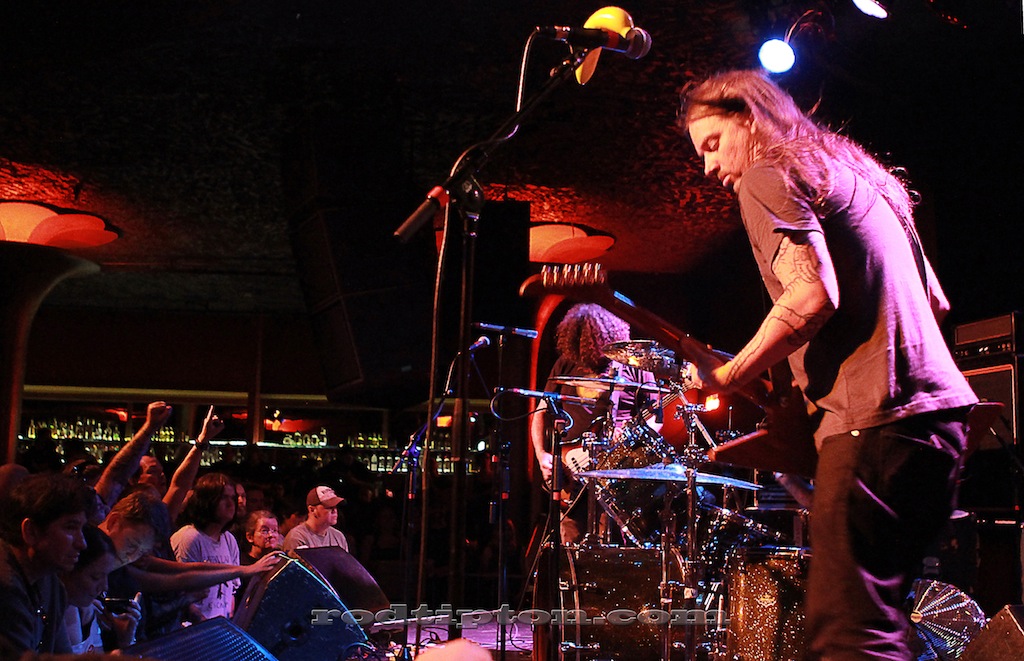 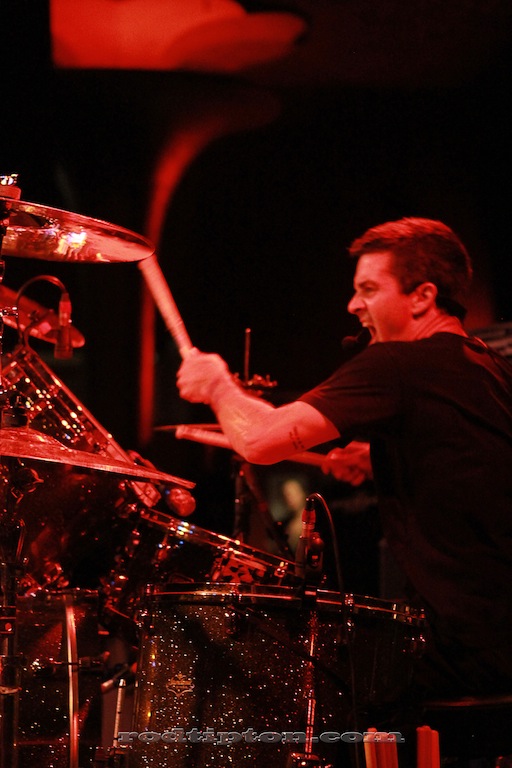