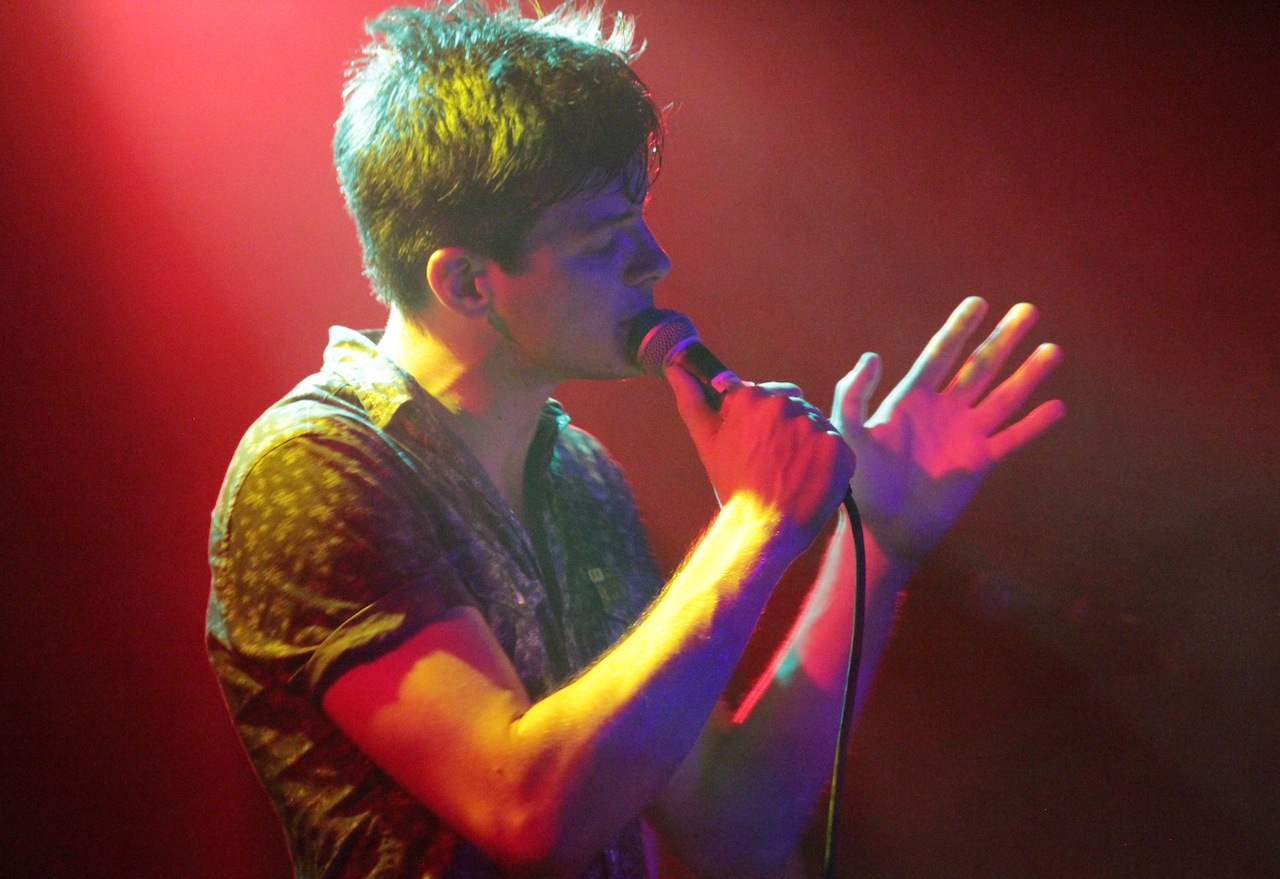 An all-ages show can be a really cool experience. The fans are usually open to new things, and they’ve got an enthusiasm for music adults sometimes lose. The fans are sometimes more expressive. This was definitely the case when fans of Boston’s Magic Man were able to enjoy the band’s first Seattle headlining show at the Crocodile. Magic Man’s very first show in Seattle was opening for New Politics, and they appeared already to have their own fan base.

If all music on earth had to be wiped out except for one genre, I’d most likely plump for any type of music involving a synthesizer to survive. So I’m coming at this band and show with a definite bias. I waited in a sold-out, non-airconditioned room for three and a half hours to see this quintet. I found a perch, and loved every minute of their awesome set. The lighting really only allowed me to get photos of singer Alex Caplow (hey, I will never complain about taking photos of him); forgive me if I show a bias in this article. Caplow’s got a super stage presence and. . . magical voice. He’s made to be a rockstar.

The band’s set list drew from their fresh debut, Before the Waves, an album I’d urge you to get. Songs such as “Paris,” “Texas,” and “Catherine” just soar damn high, on record or live. As part of their encore, Magic Man performed a cover of Bruce Springsteen’s “Dancing in the Dark,” a song I’ve always had mixed feelings about. But when Magic Man did it? Really nice.

Don’t trust me? You can decide for yourself when they open for Smallpools at the Neptune on November 24th. 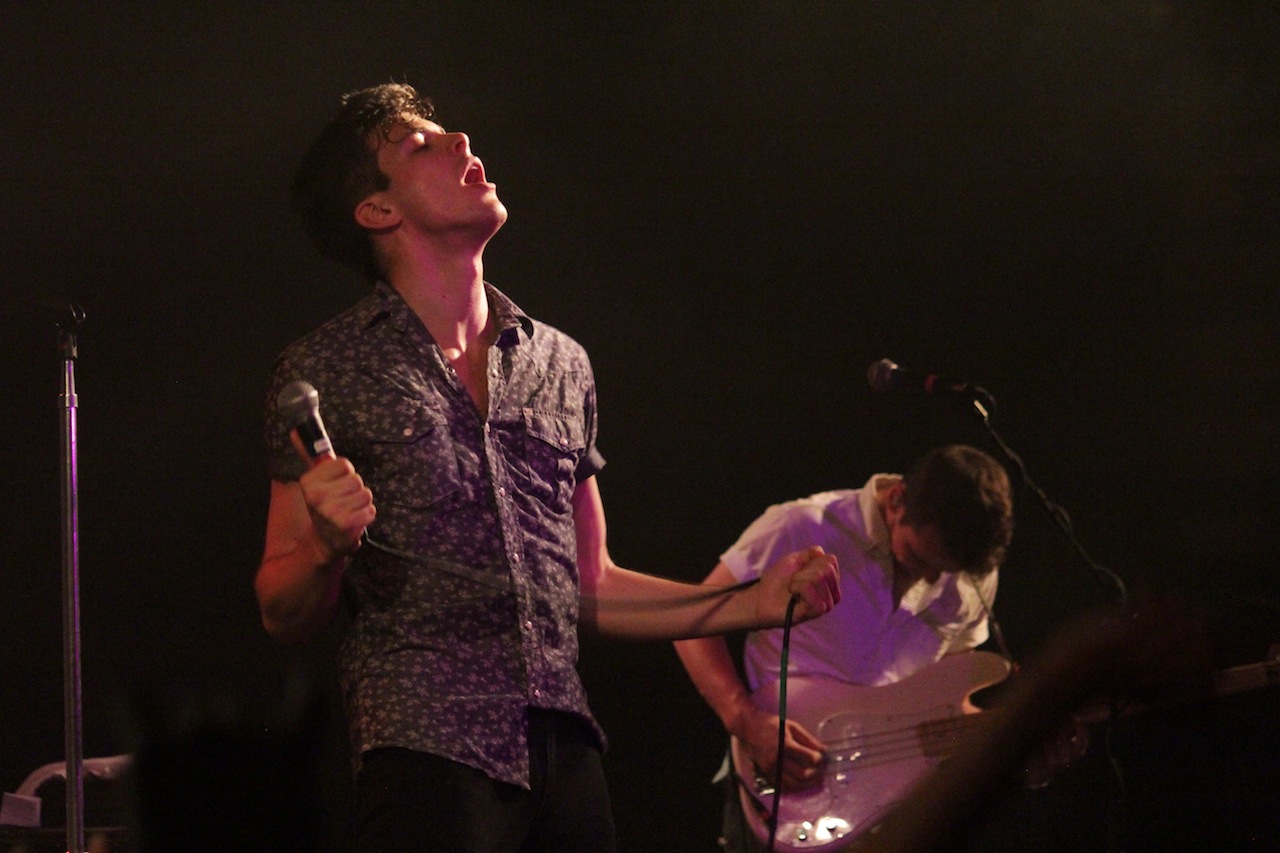 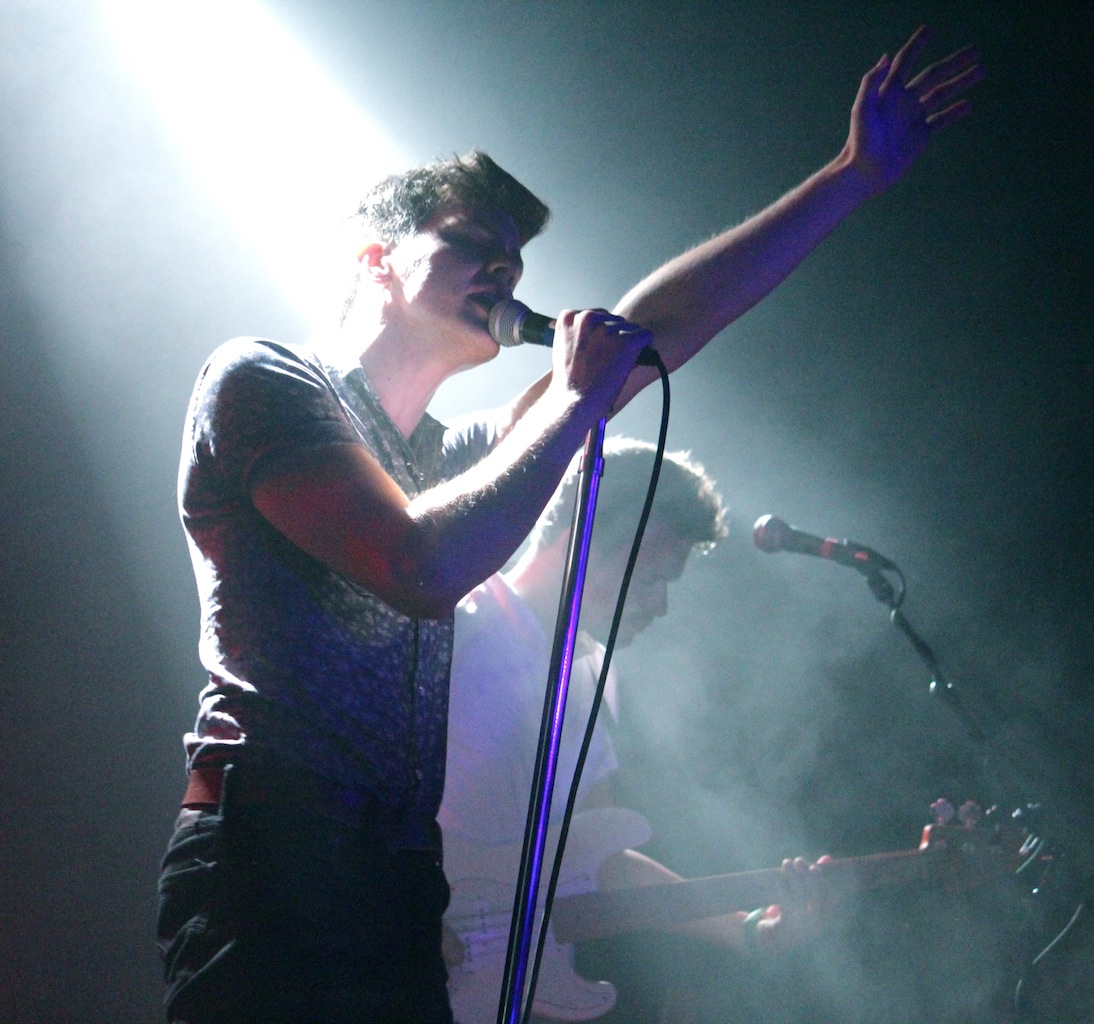 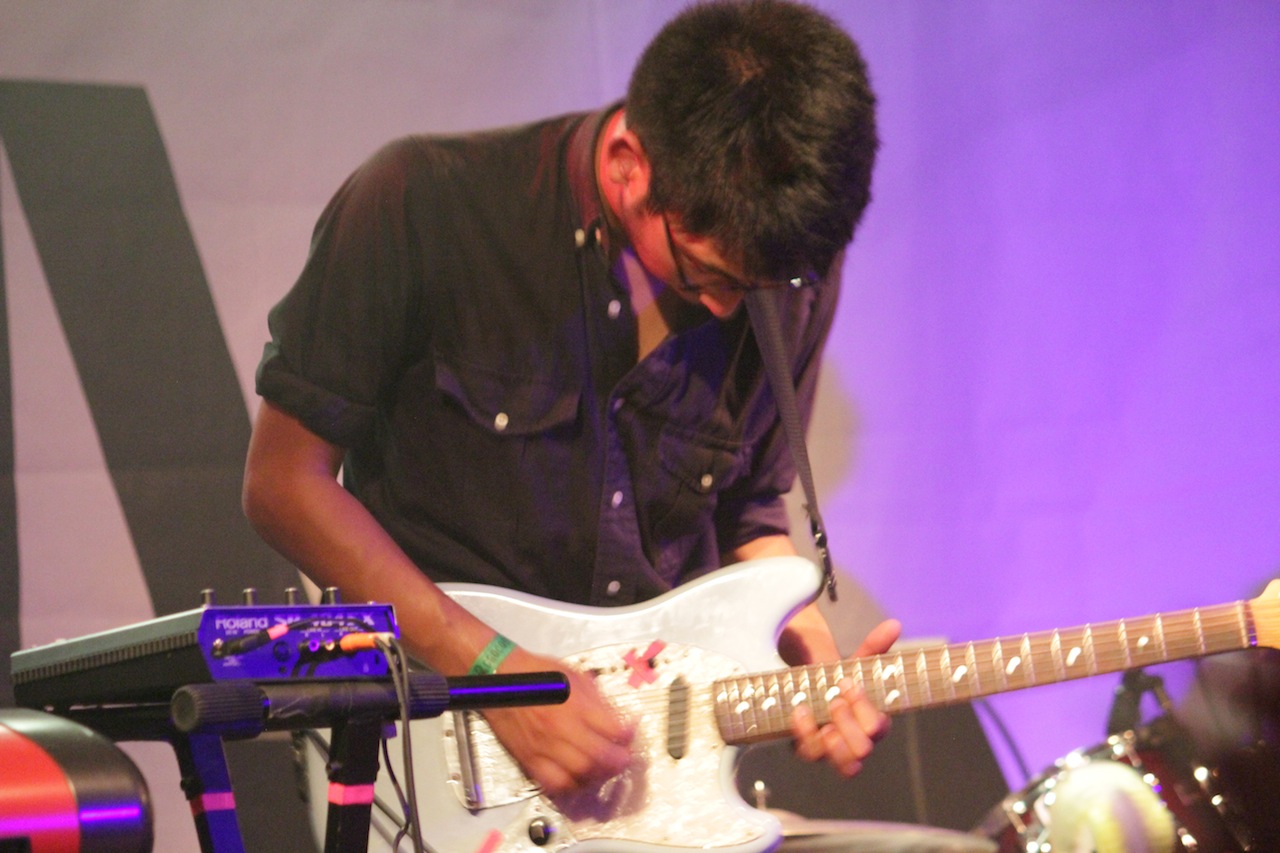 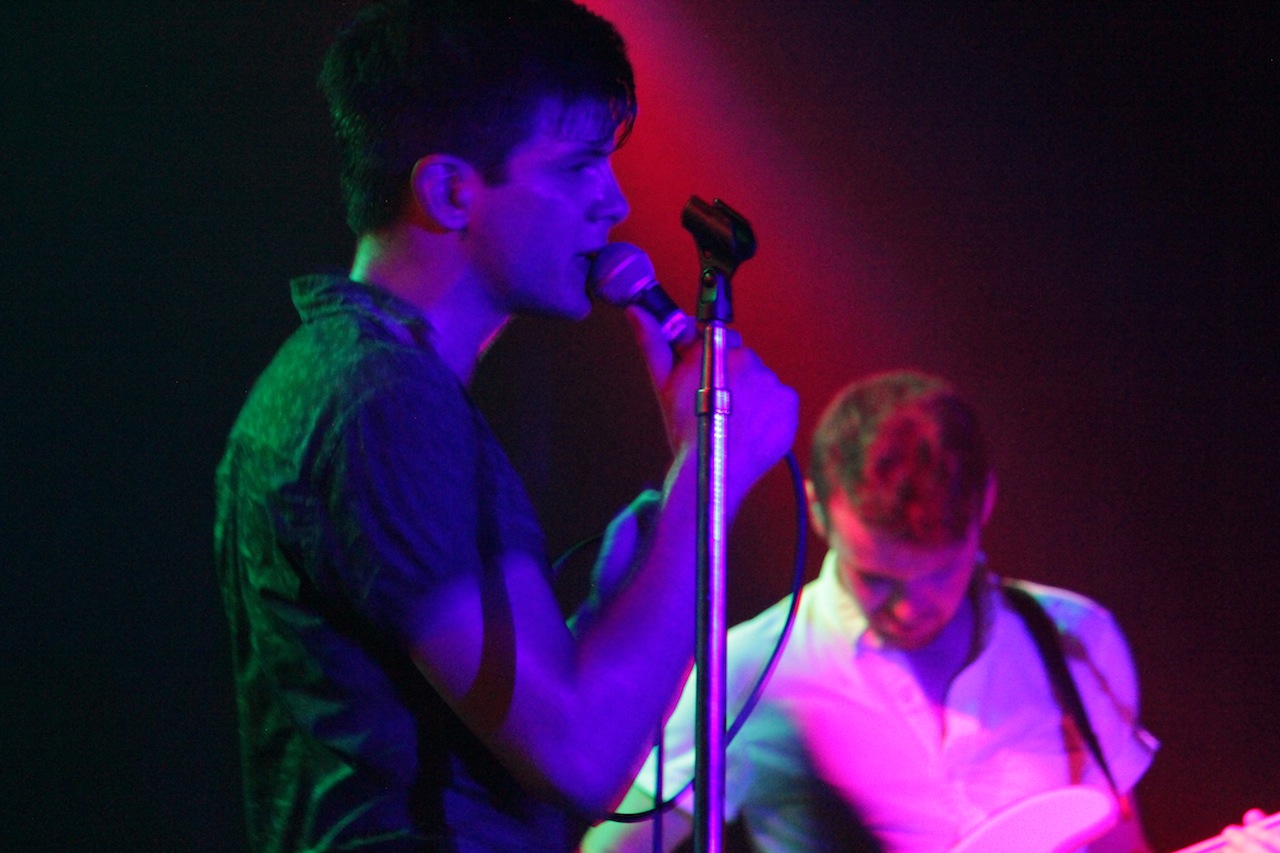 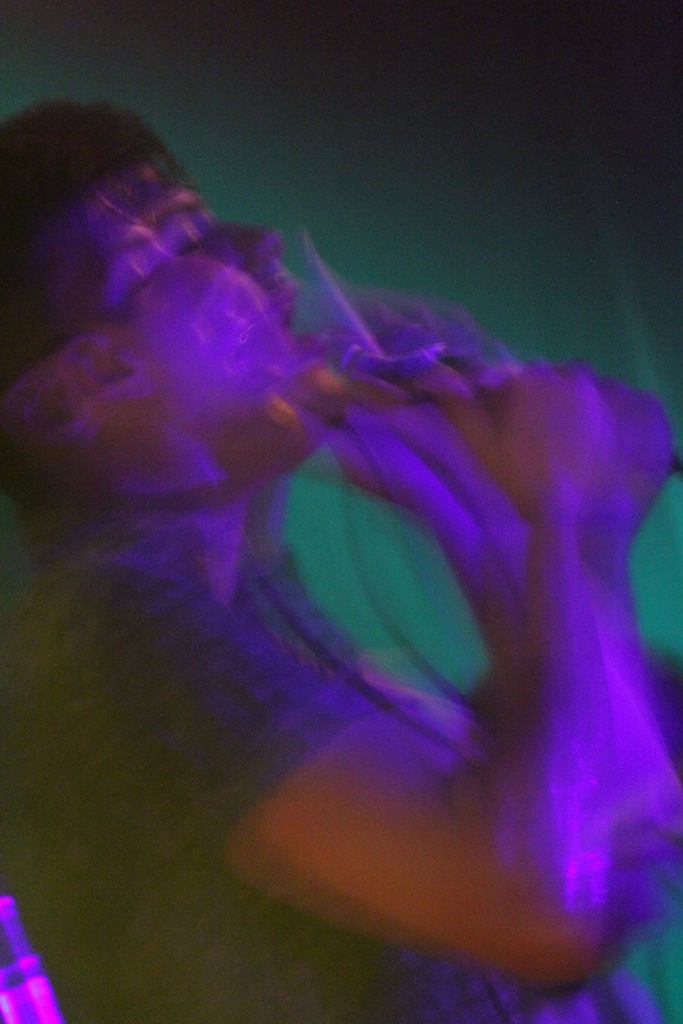 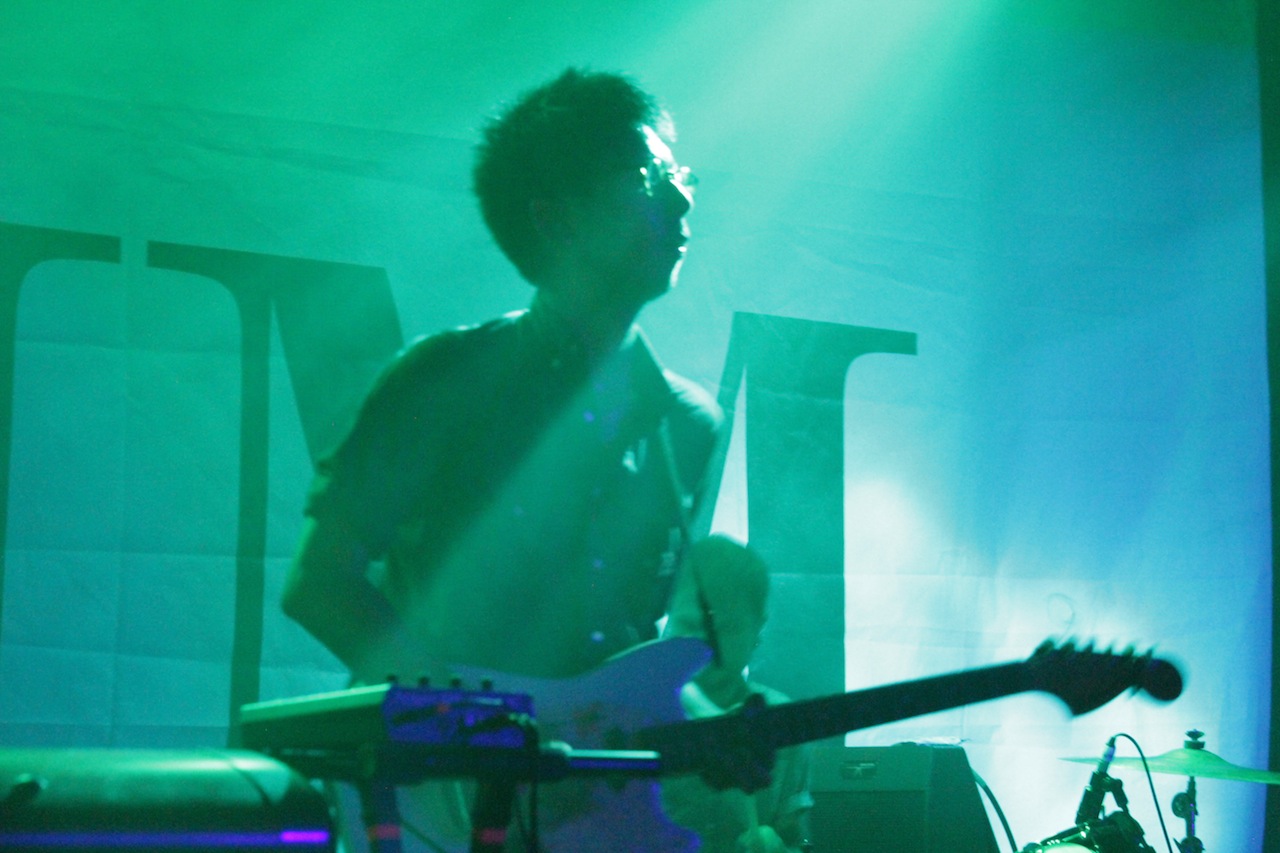 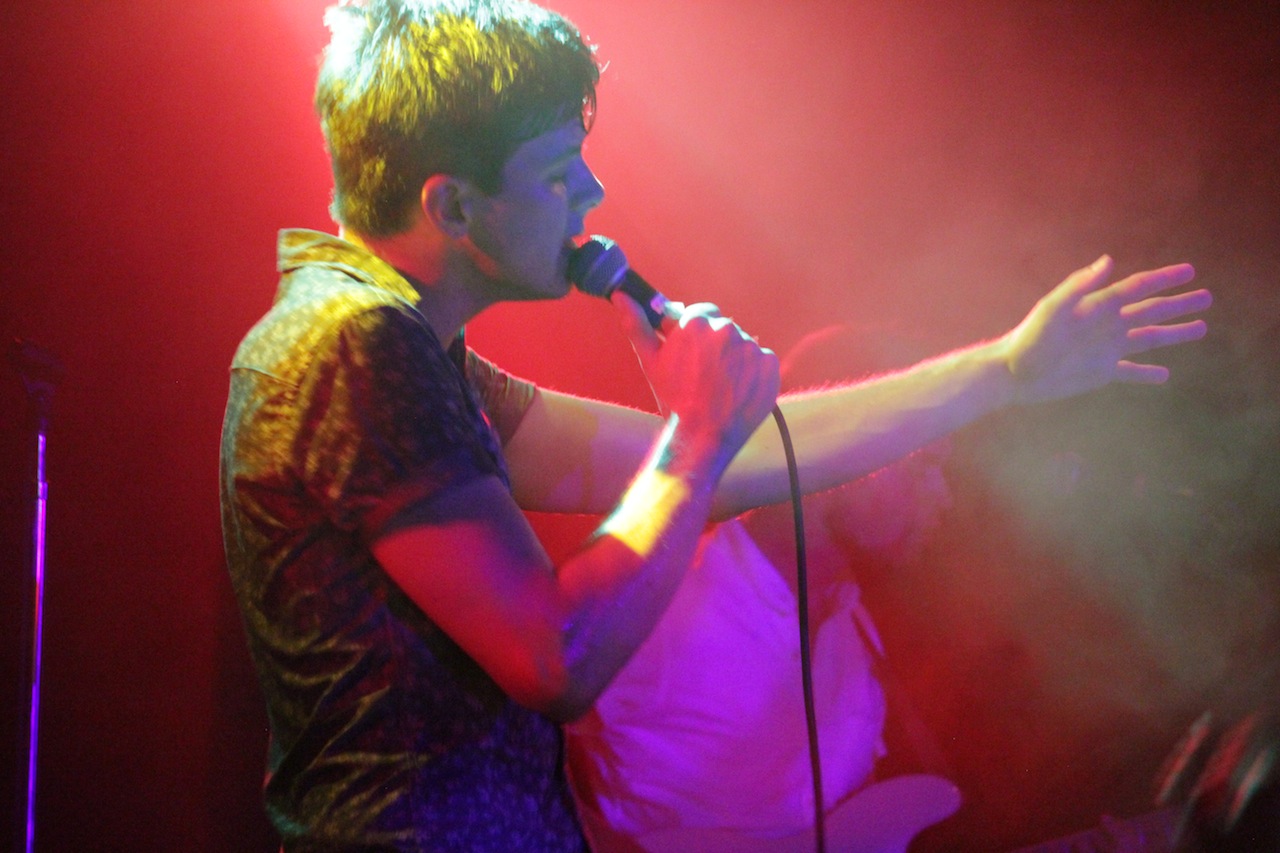 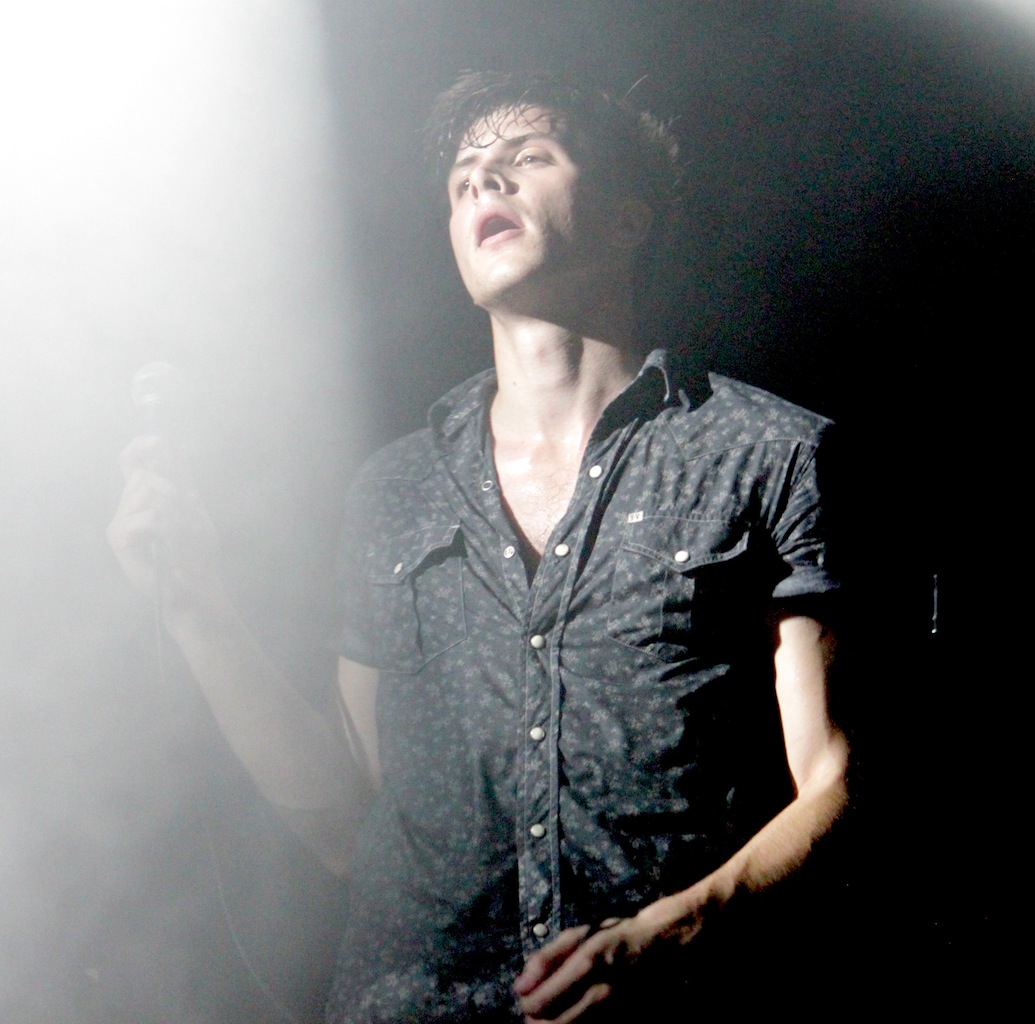 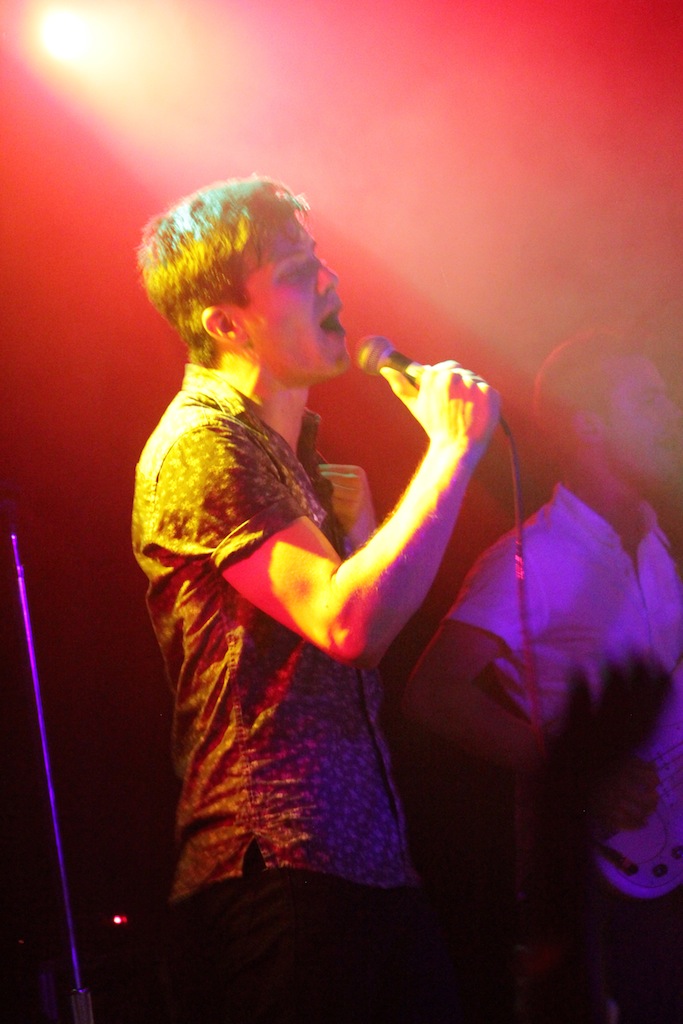 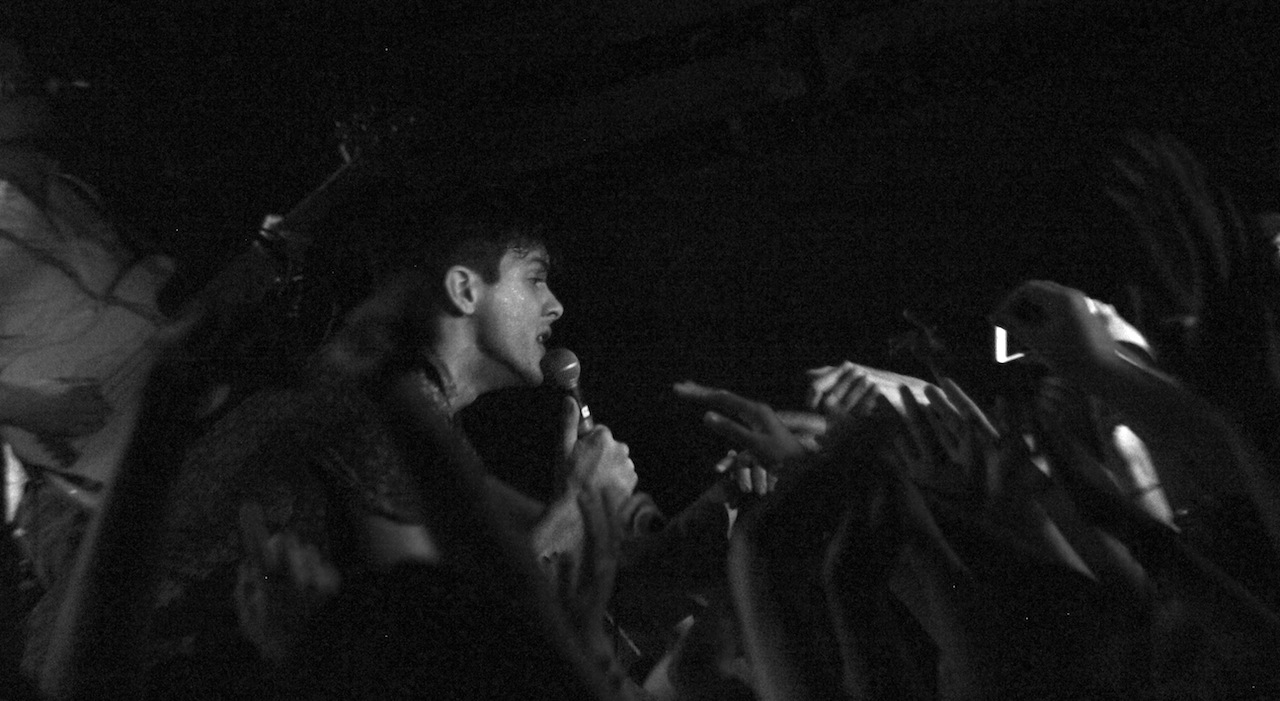 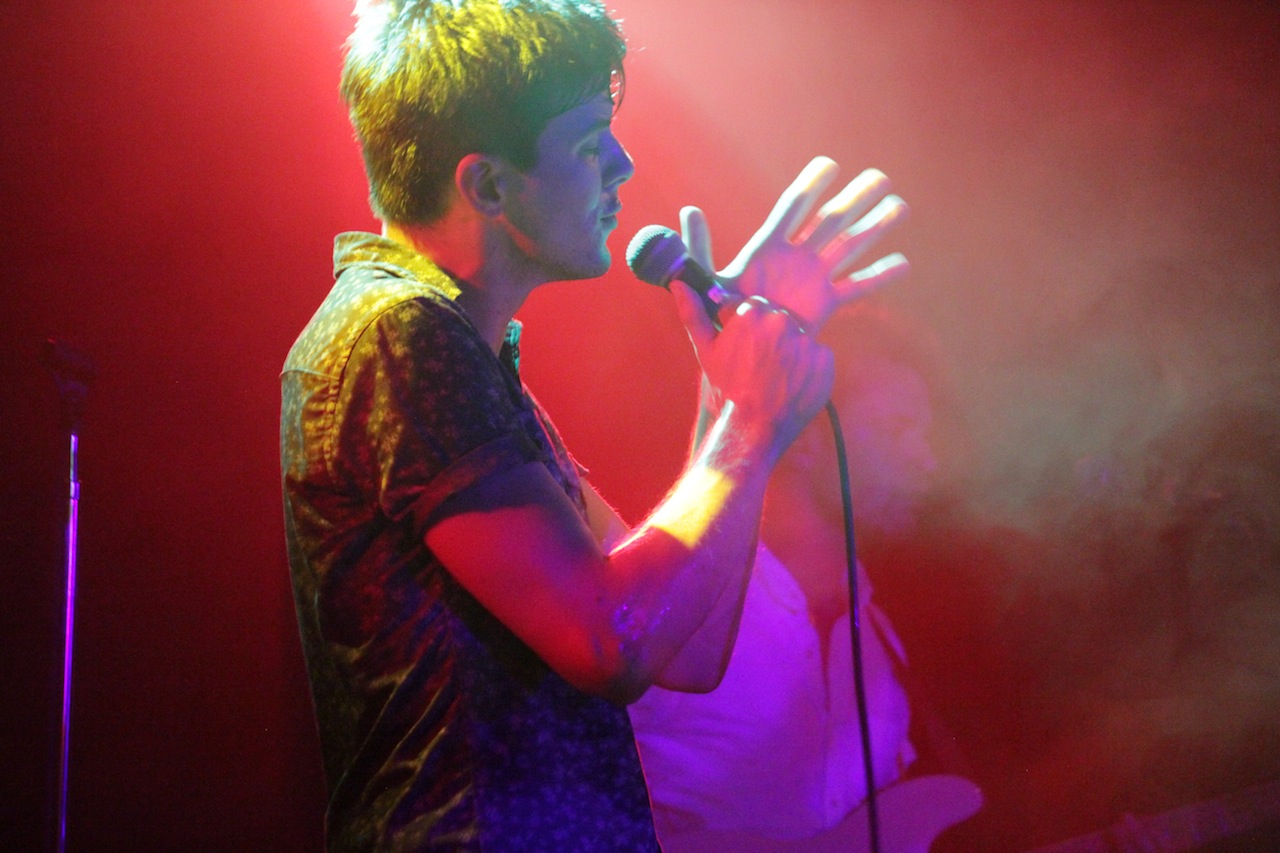