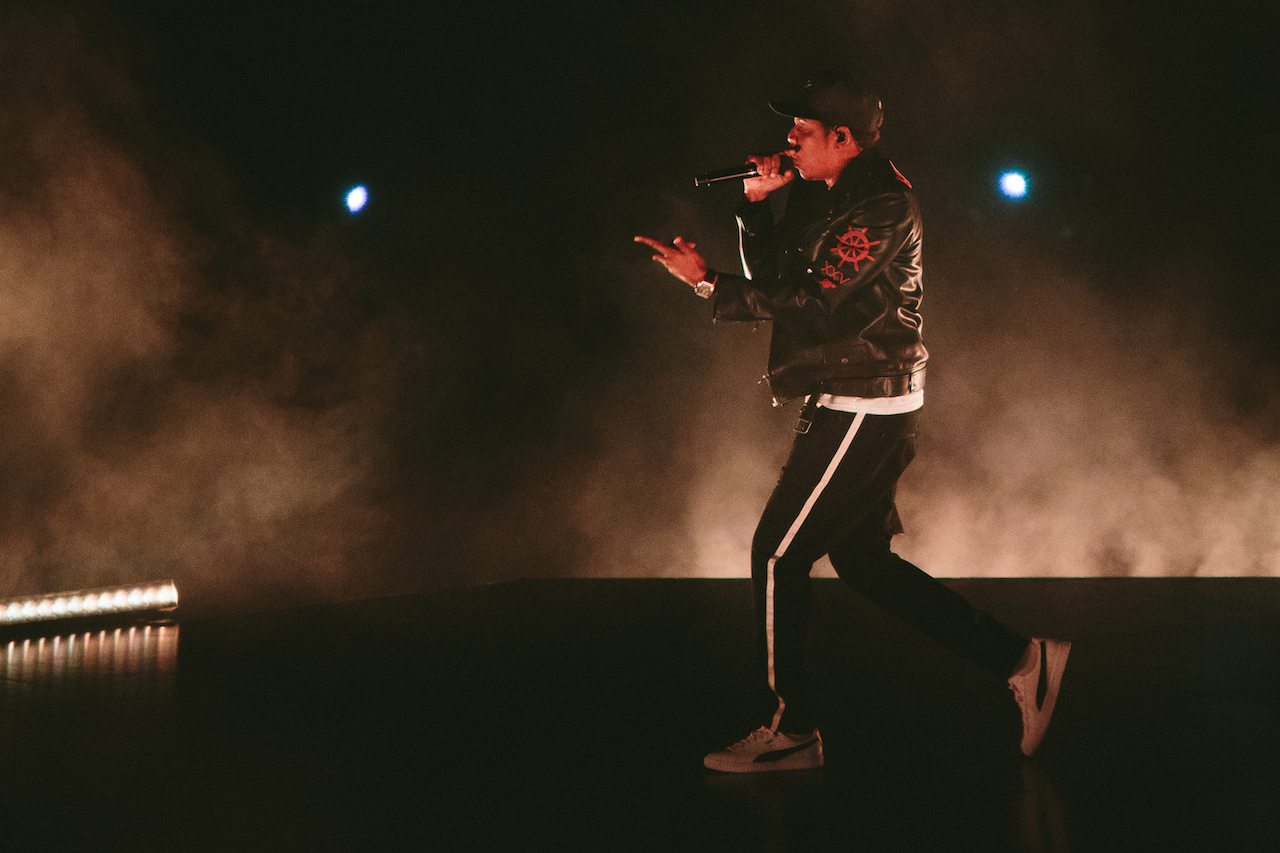 Let’s just get this out of the way now: Jay-Z is the god-damned man. He managed to spend two full hours strutting around the stage like it was the “Big Pimpin'” era, never missing a beat or lyric. In many ways he outshone the next generation of rappers, not bringing a hype man on stage or letting the background track do most of his singing/rapping for him. The only performers in KeyArena that brought a matching level of energy and skill was his insanely talented house band. Partially buried beneath the ever-moving stage in what can only be described as a fairly conventional orchestra pit, the musicians manning drums, percussion, guitars and more, not only kept the energy level at 100% through the entire set but elevated HOV to an even higher standard of performance. In one case, the guitarist (who had no part in the song), jumped up and down swinging a hype towel for the entirety of “Big Pimpin'”. This is worth mentioning not because it was some outstanding moment of the set, but because it was the standard for every second of it. Whether sauntering around the stage or standing at a mic stand in the center of it, Jay-Z kept the energy level high and delivered every beat of his classics perfectly, mixed in with selections from his new album, 4:44.

Speaking of 4:44, the album itself is good. It boasts a ton of acoustic instrumentation and has a very organic feel to it. But good lord, this album was meant to be performed live. Every single track from 4:44 was more compelling in its softer and more honest moments, or energizing in its more upbeat ones, than any recording that Jay-Z and company put to tape and released. If I’ve ever before yearned for a live bootleg of an album, 4:44 takes the cake.

In stark contrast to the energy of the night was the glaring issue of the most effective way to present a solo artist, keeping them interesting and compelling while they, well, walked around stage rapping. Unlike Justin Timberlake or other pop acts, there were no dancers or onstage antics, and unlike Snoop and crew-based rappers, there wasn’t an entourage of hype men jumping around in the background. It was just Jay-Z and the crowd. 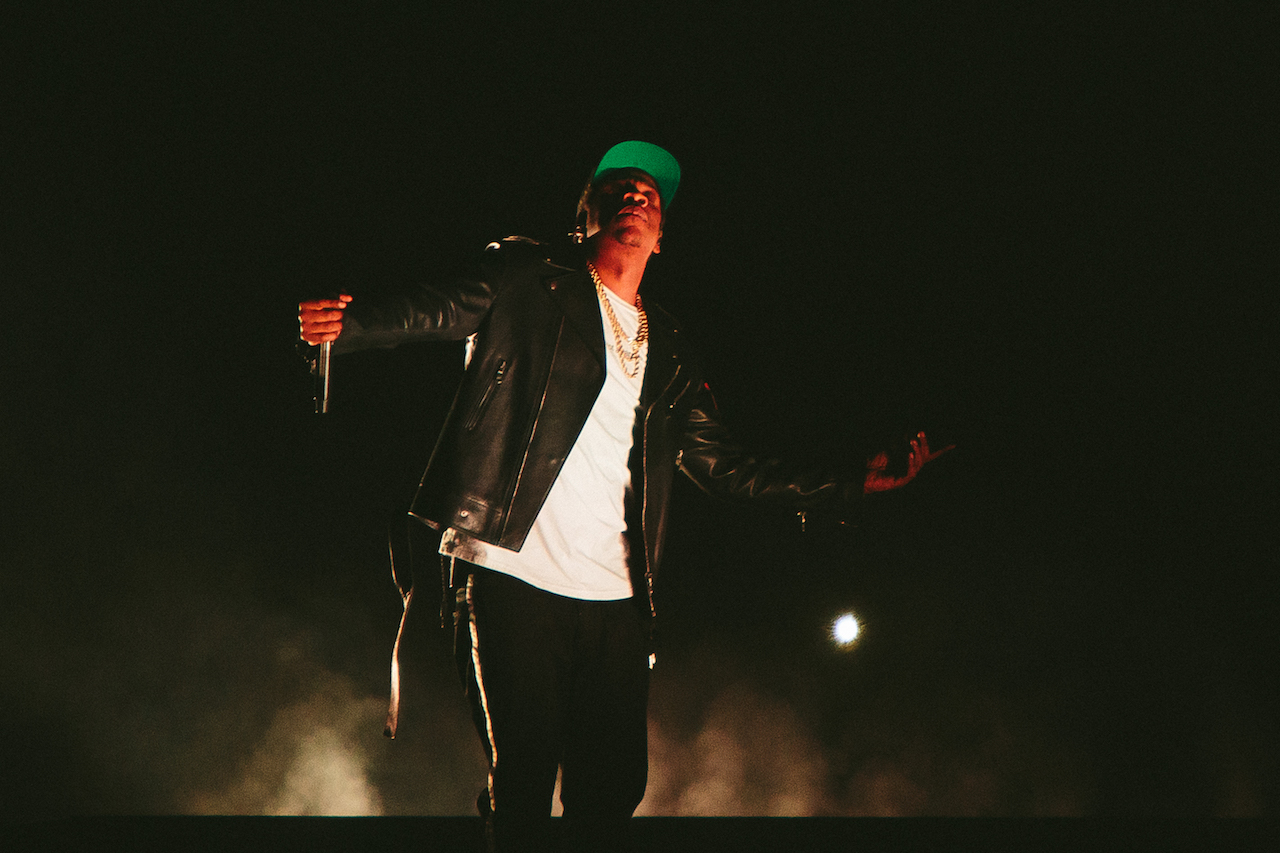 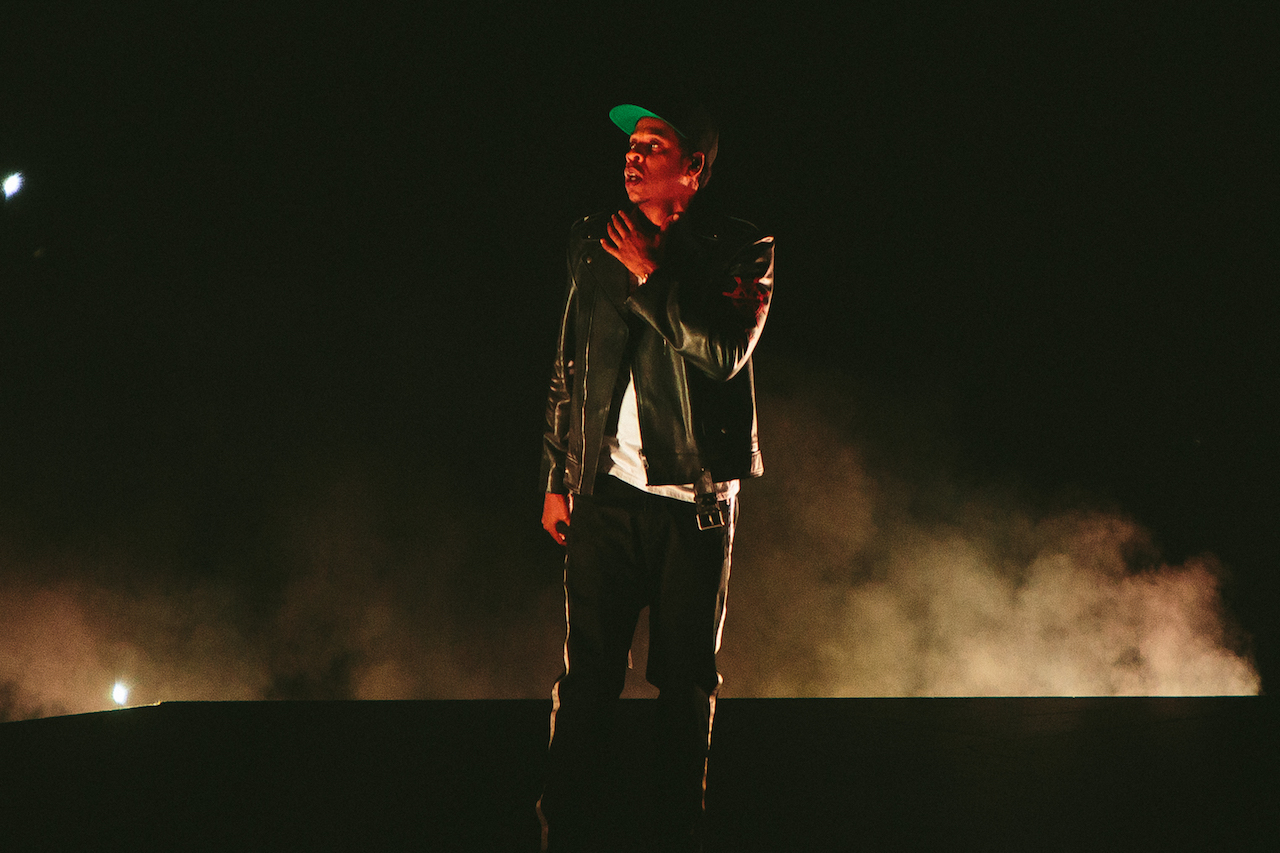 So to elevate his effortlessly exciting performance, his tour crew put together one of the craziest visual presentations I’ve seen in an arena. Eight massive projection screens, bundled in pairs, flanked each of the cardinal directions of the stage itself, and throughout the set they would move silently around the arena, landing just feet over the audiences head at times, while at others completely obscuring the stage from view. On them were projections of the show itself from camera feeds ranging from HD to 10 fps webcams. Sometimes they were layered on top of each other and sometimes they were framed by the kind of overlays you would remember from peering into a VHS camcorder. In between acts, featurettes would play showing looping clips from Jay-Z and Beyonce’s wedding, or close ups of their children, or other more ambiguous scenes. These clips served as a beat to give the crowd a break from the intensity of the show while echoing the context and message of 4:44, as well as a second for Jay to change his hoodie or jacket combo.

All that to say, the effort and energy of Jay-Z, his band and tour crew were exemplary, and an immense amount of fun to watch. 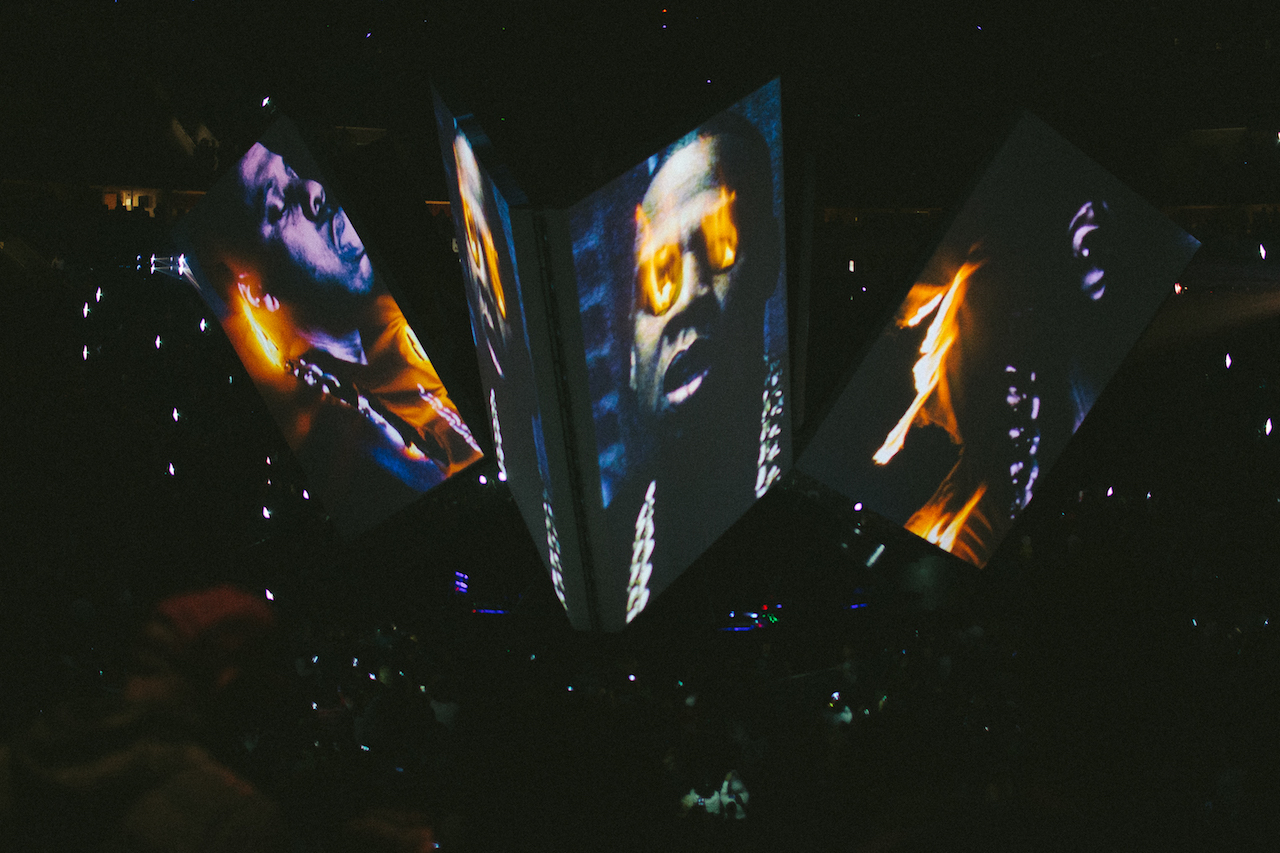 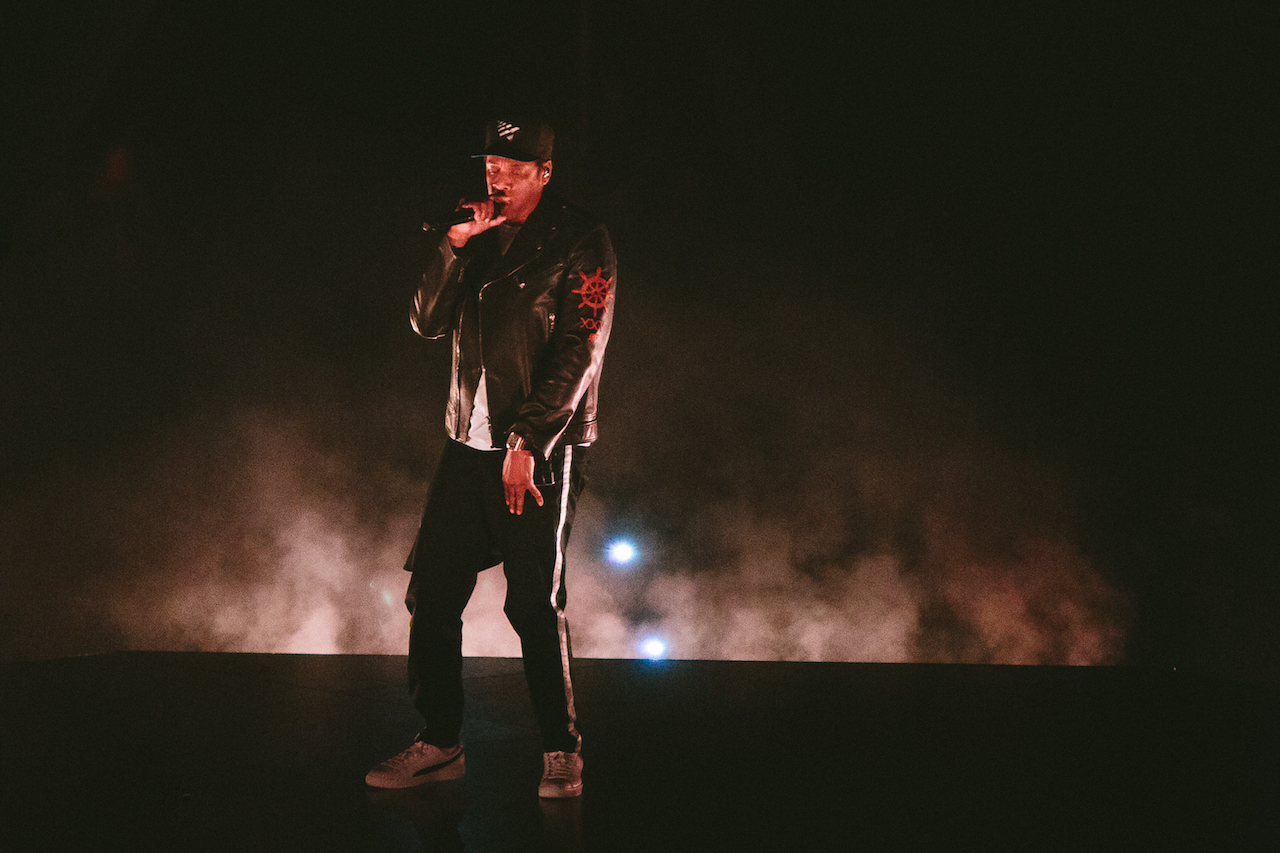 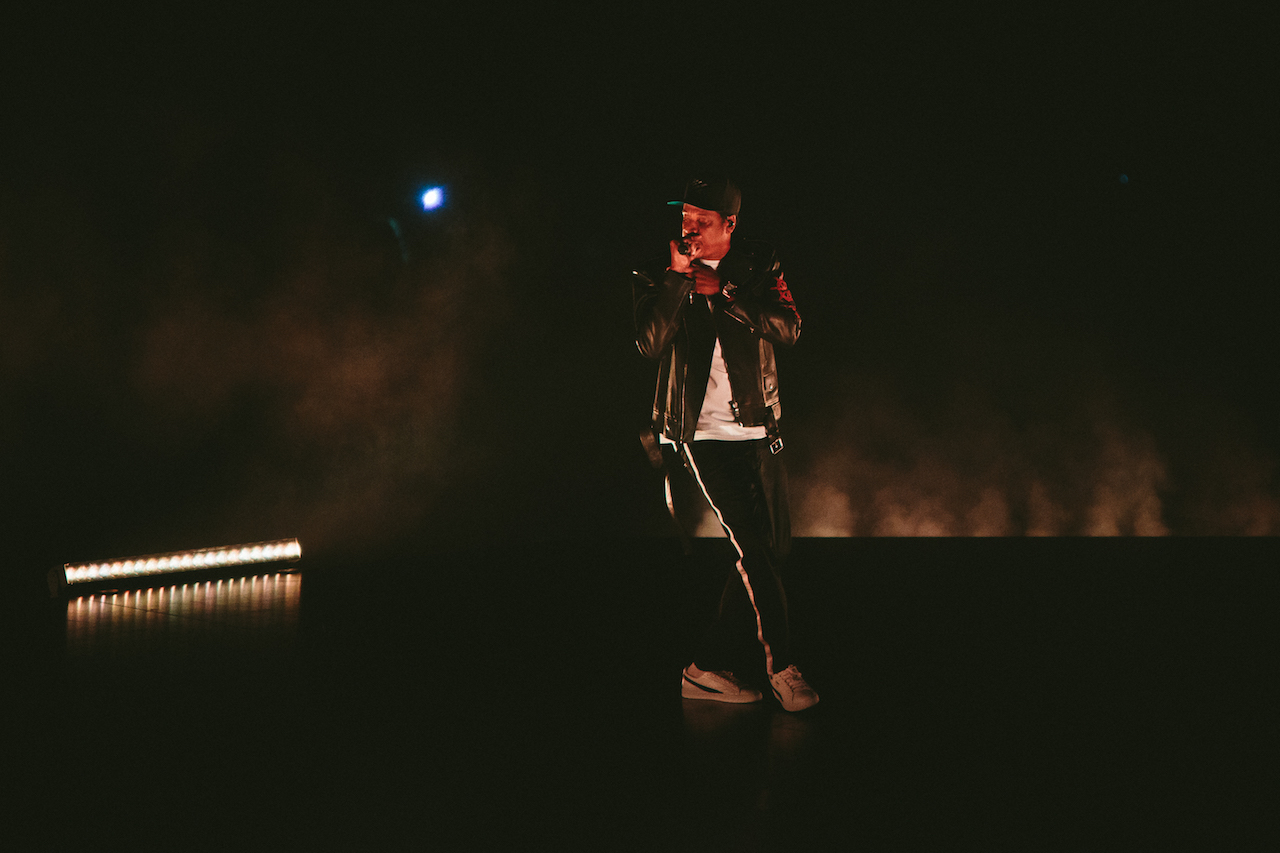 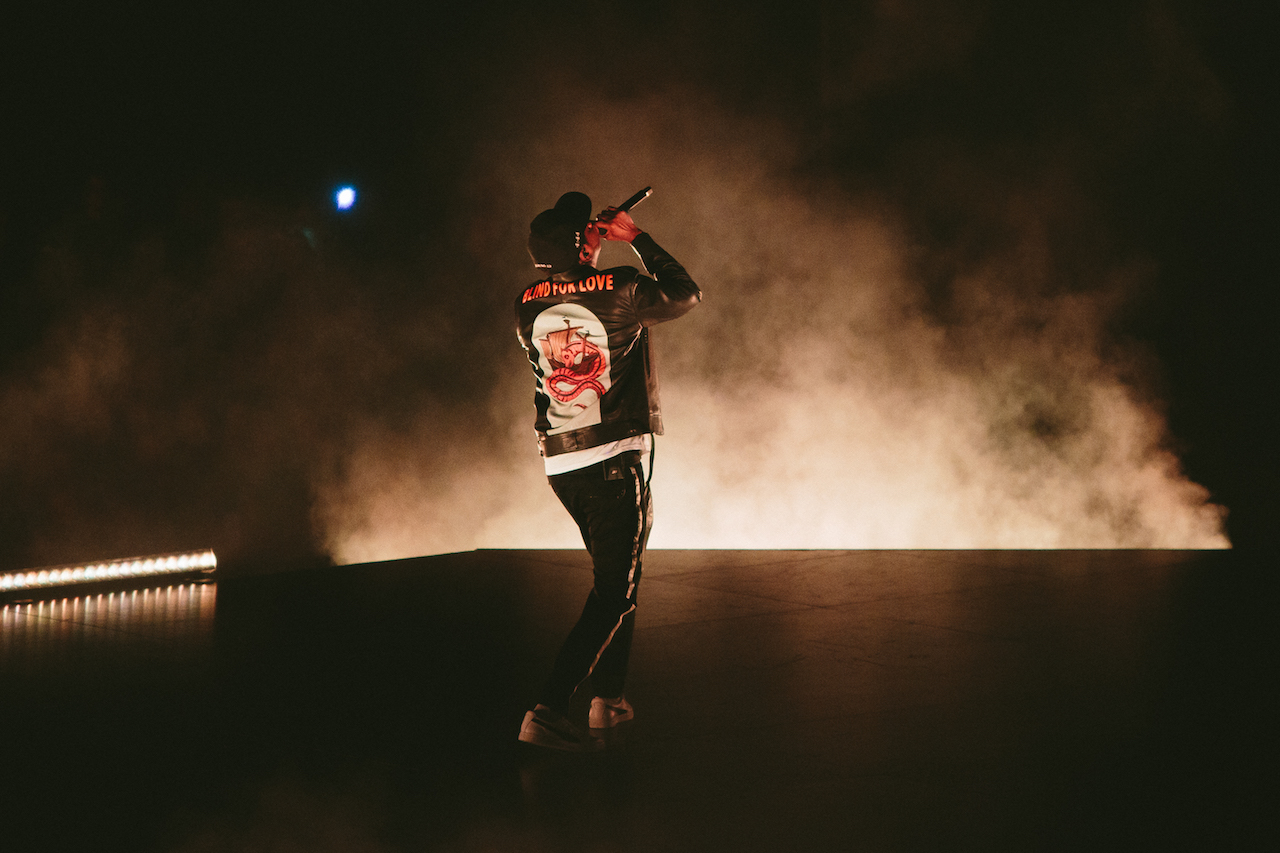 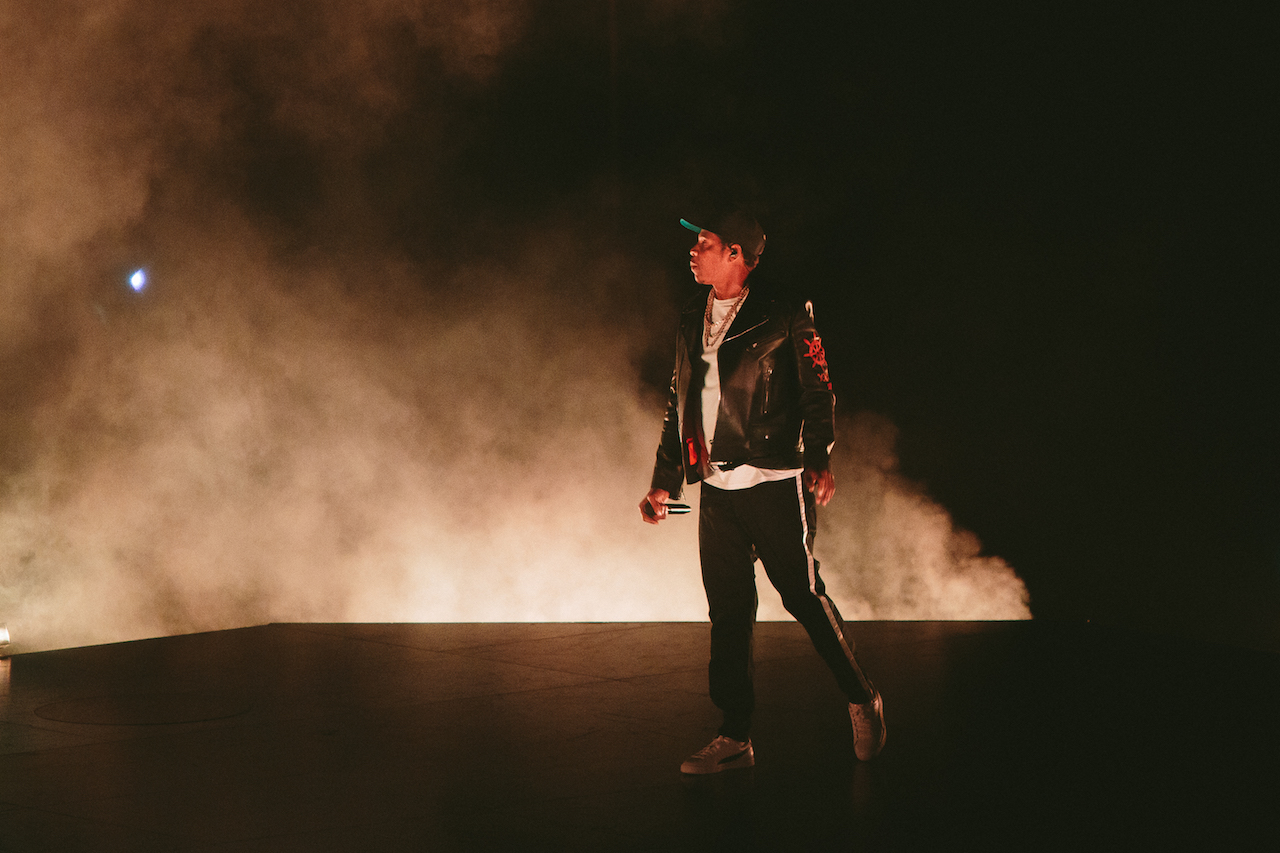 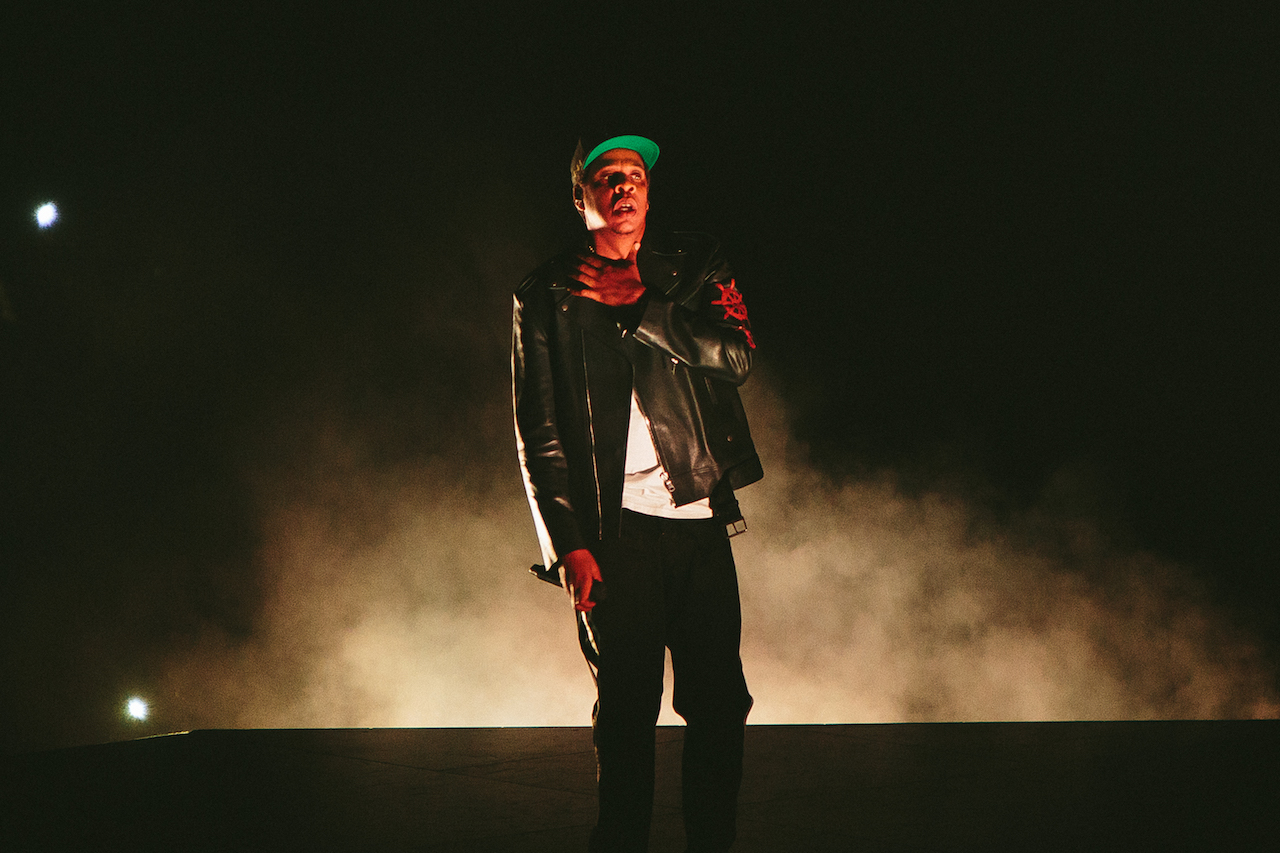 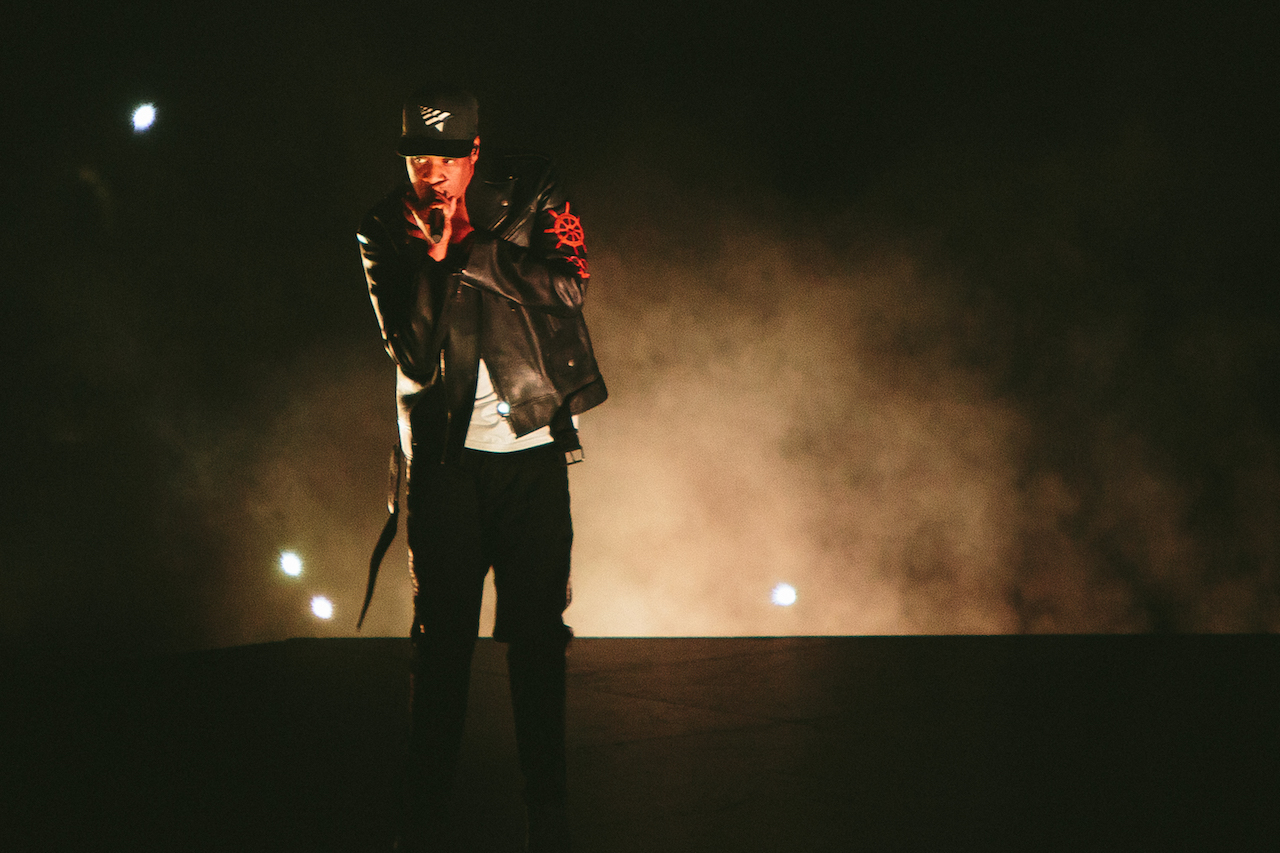 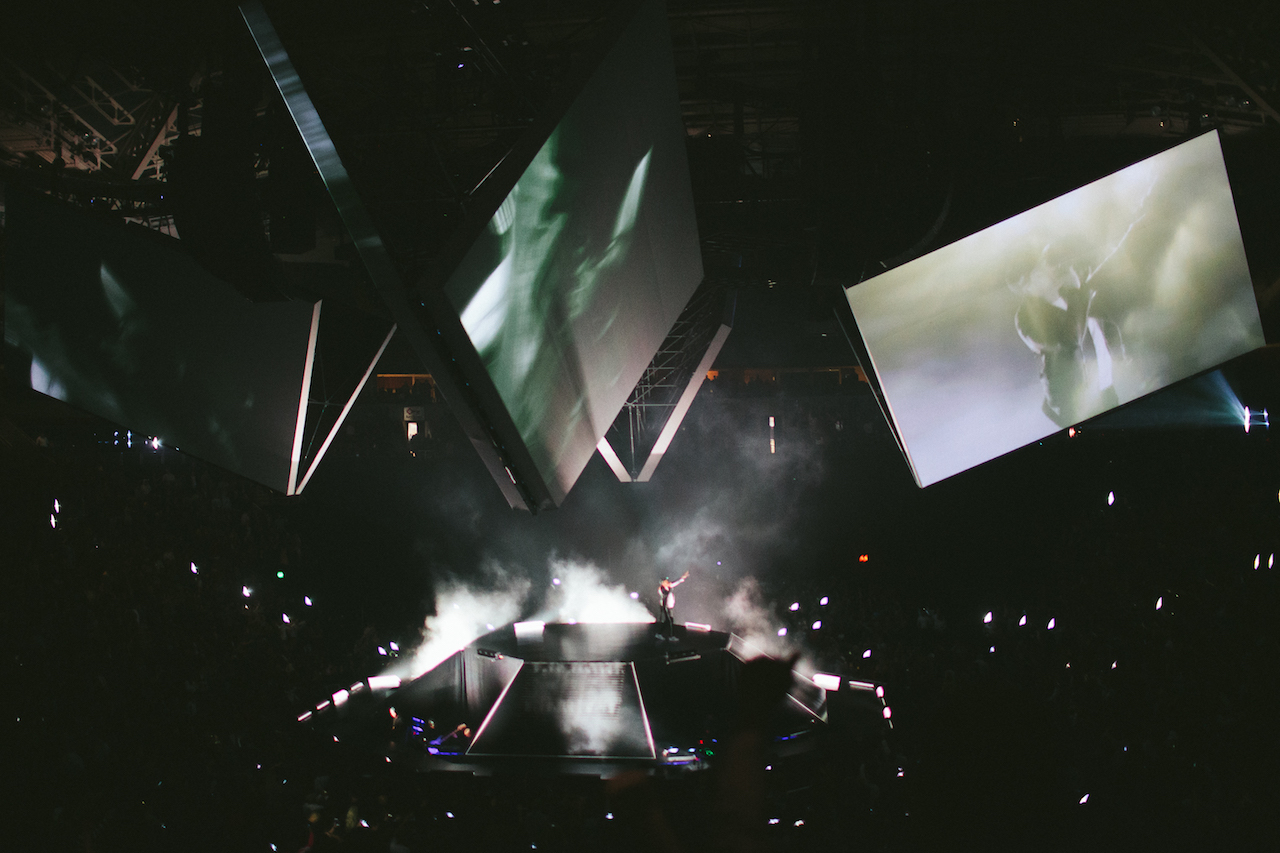 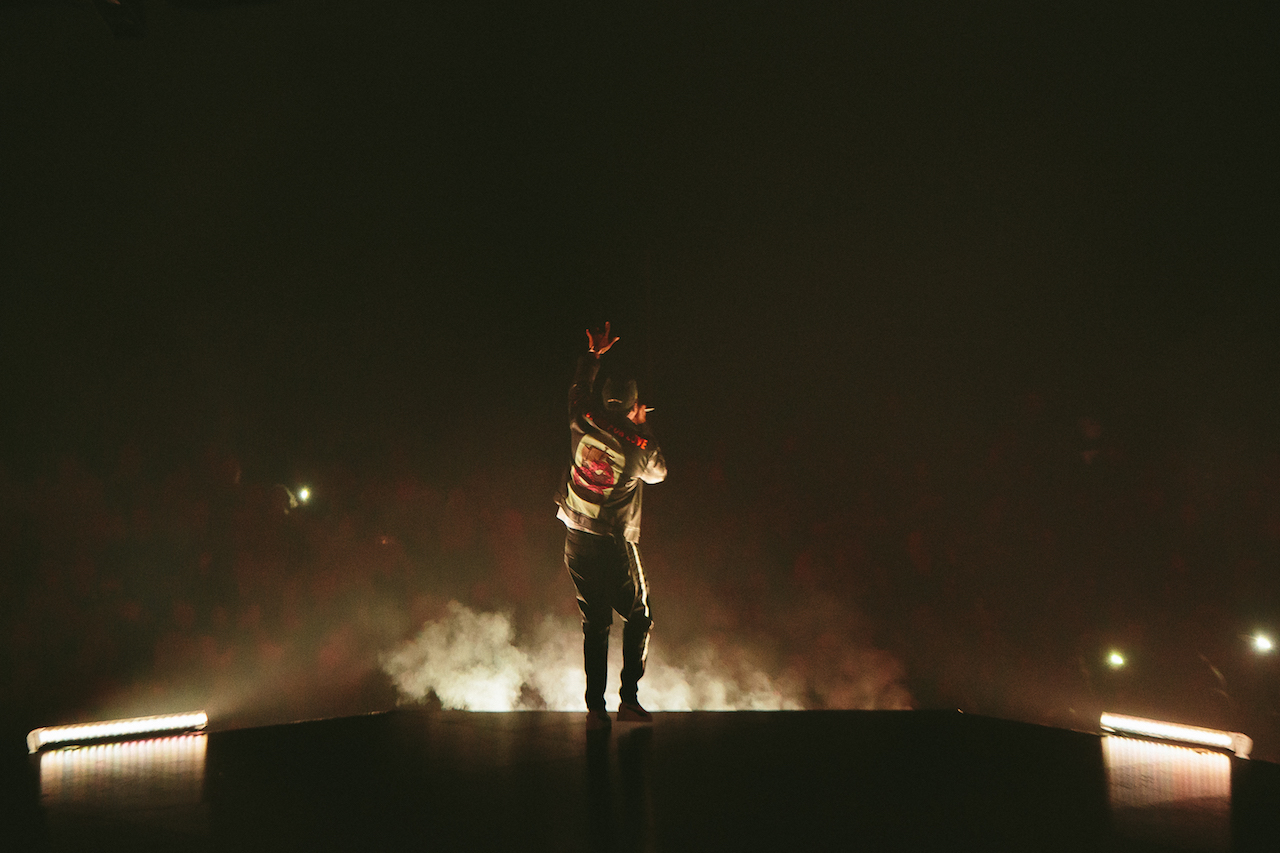 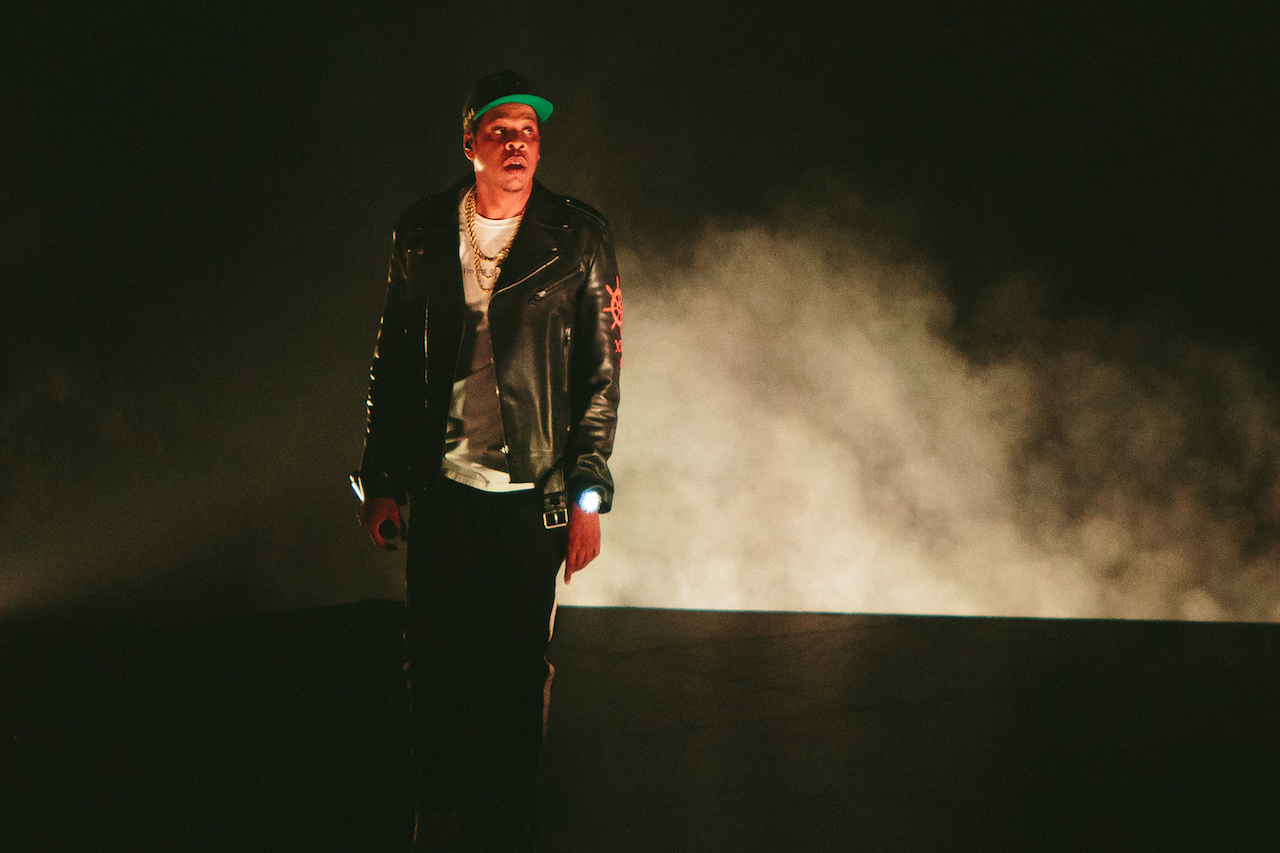 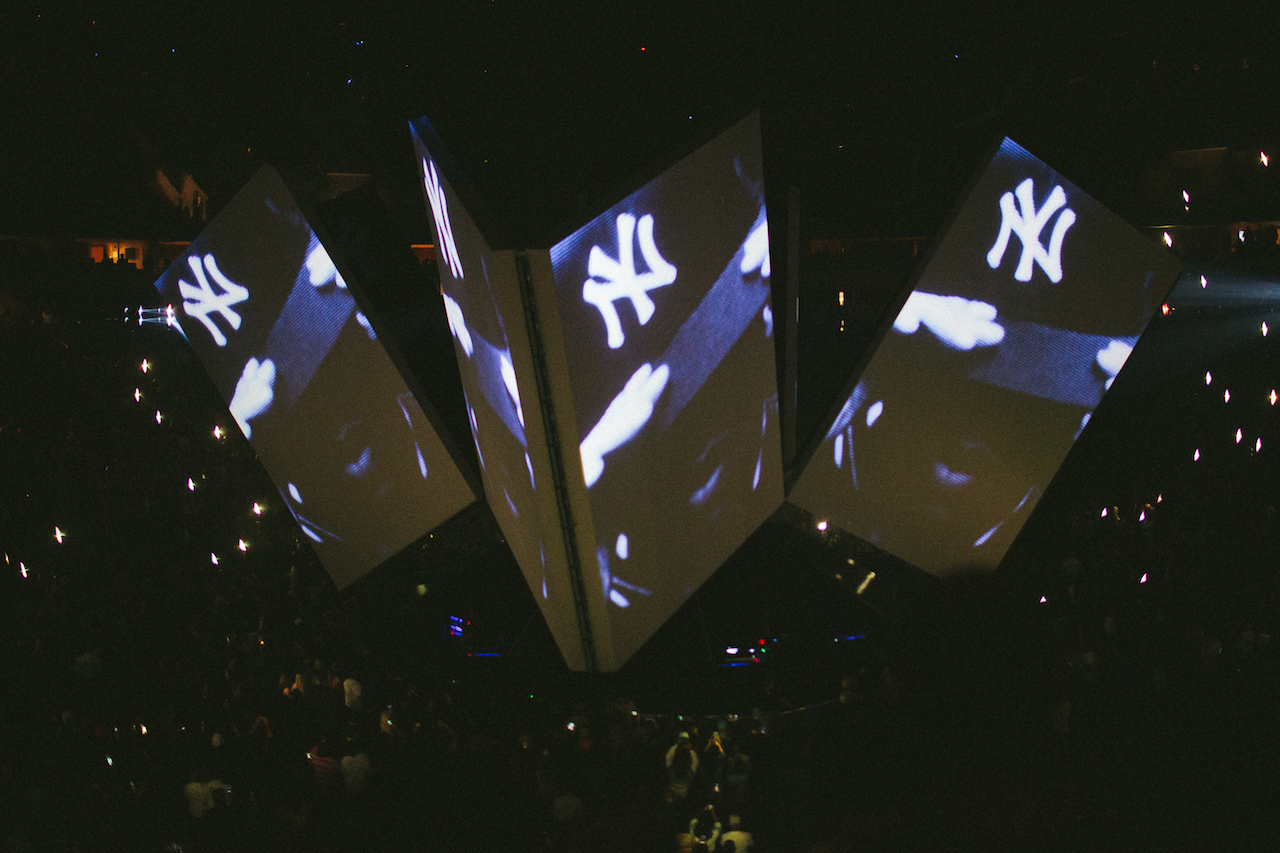 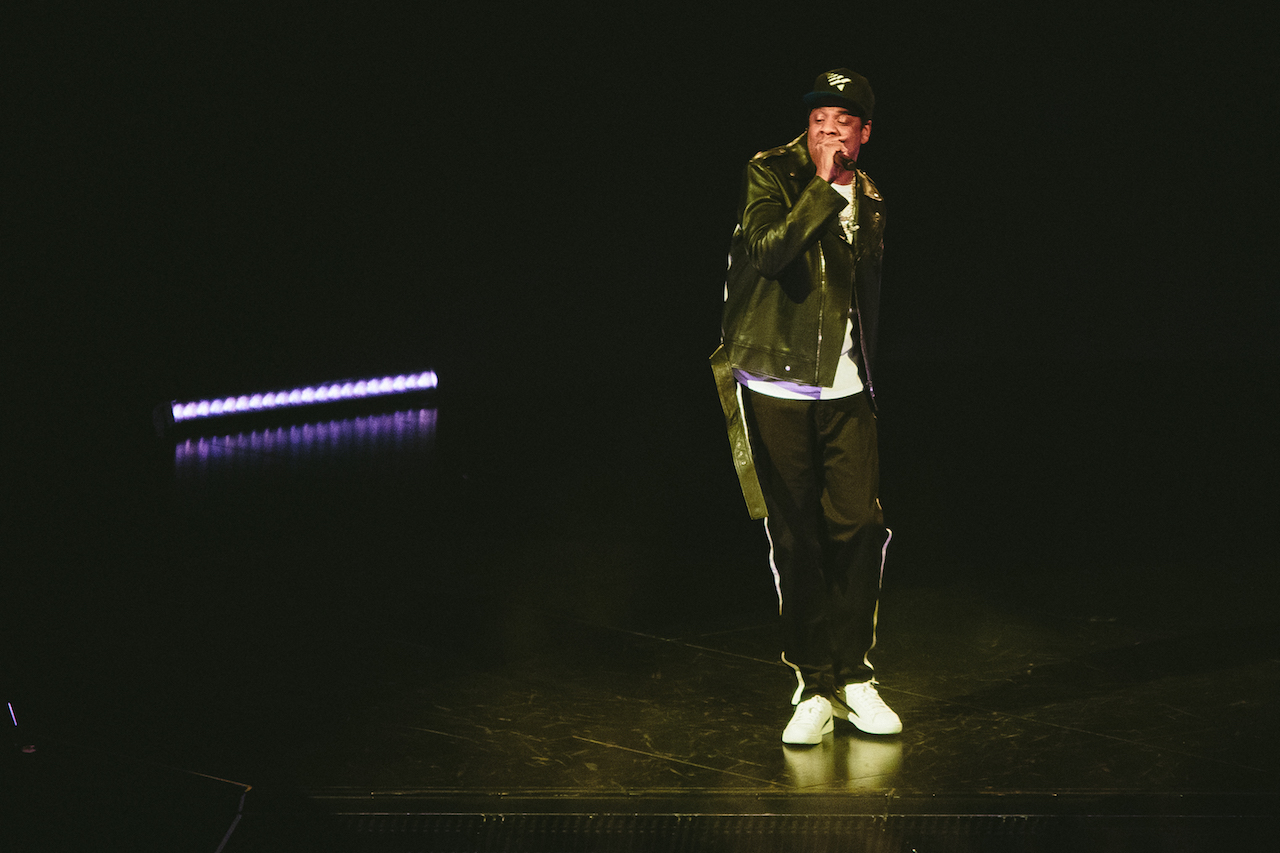 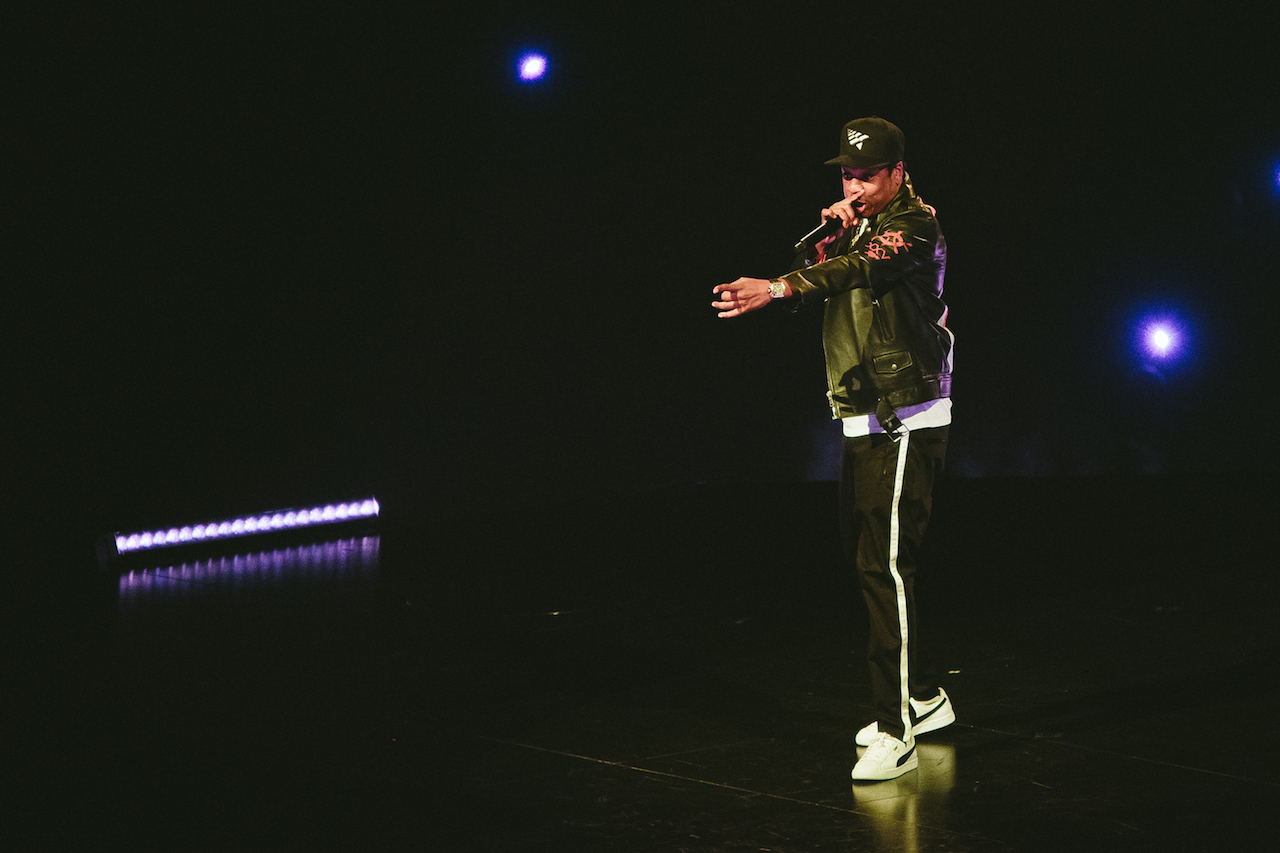 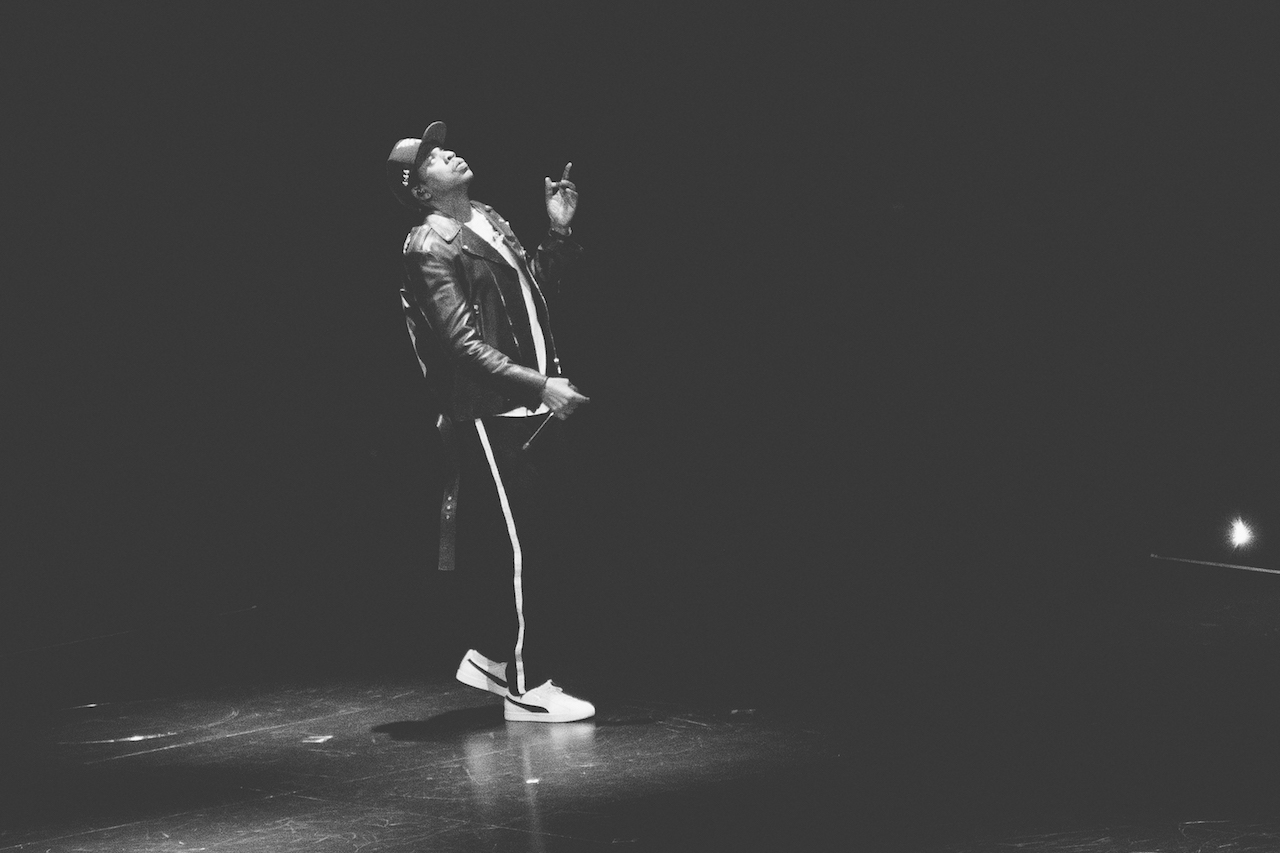 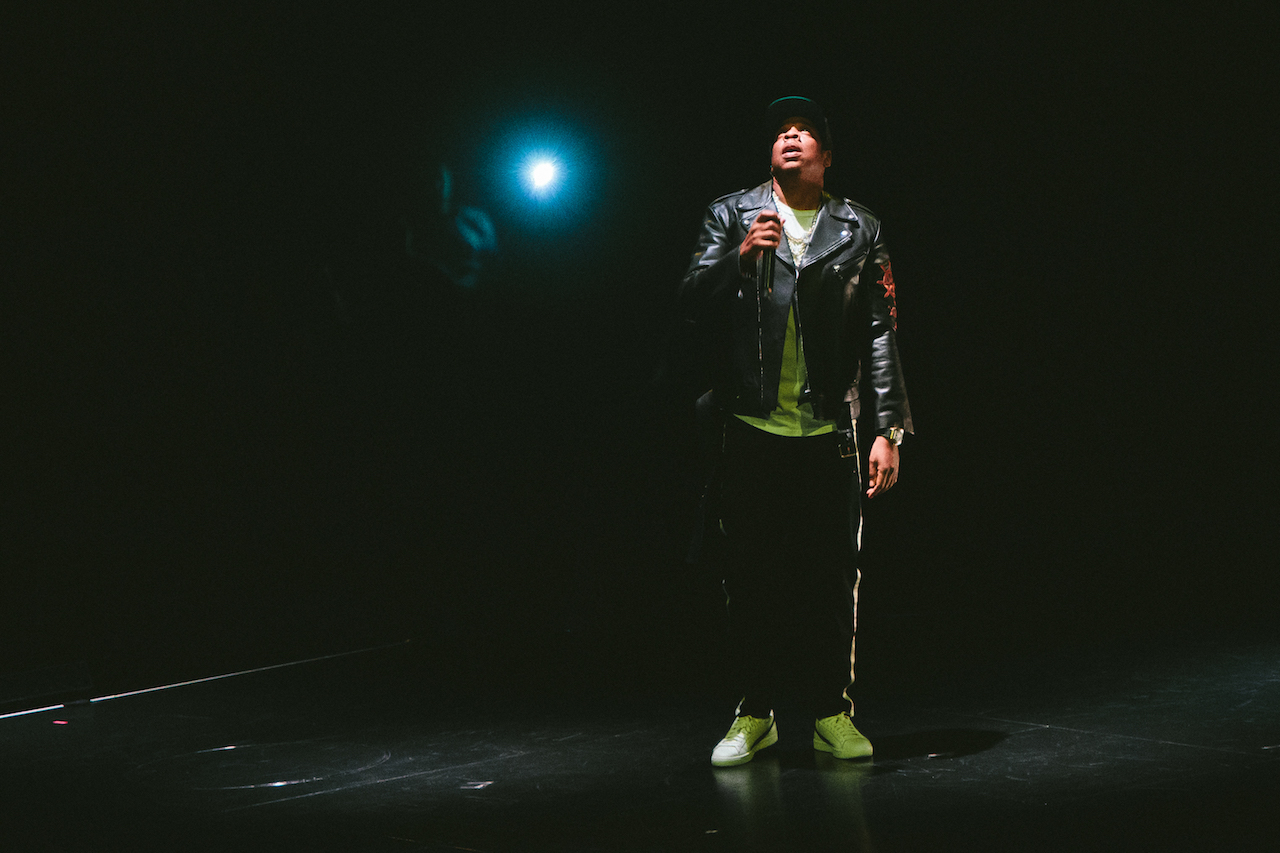 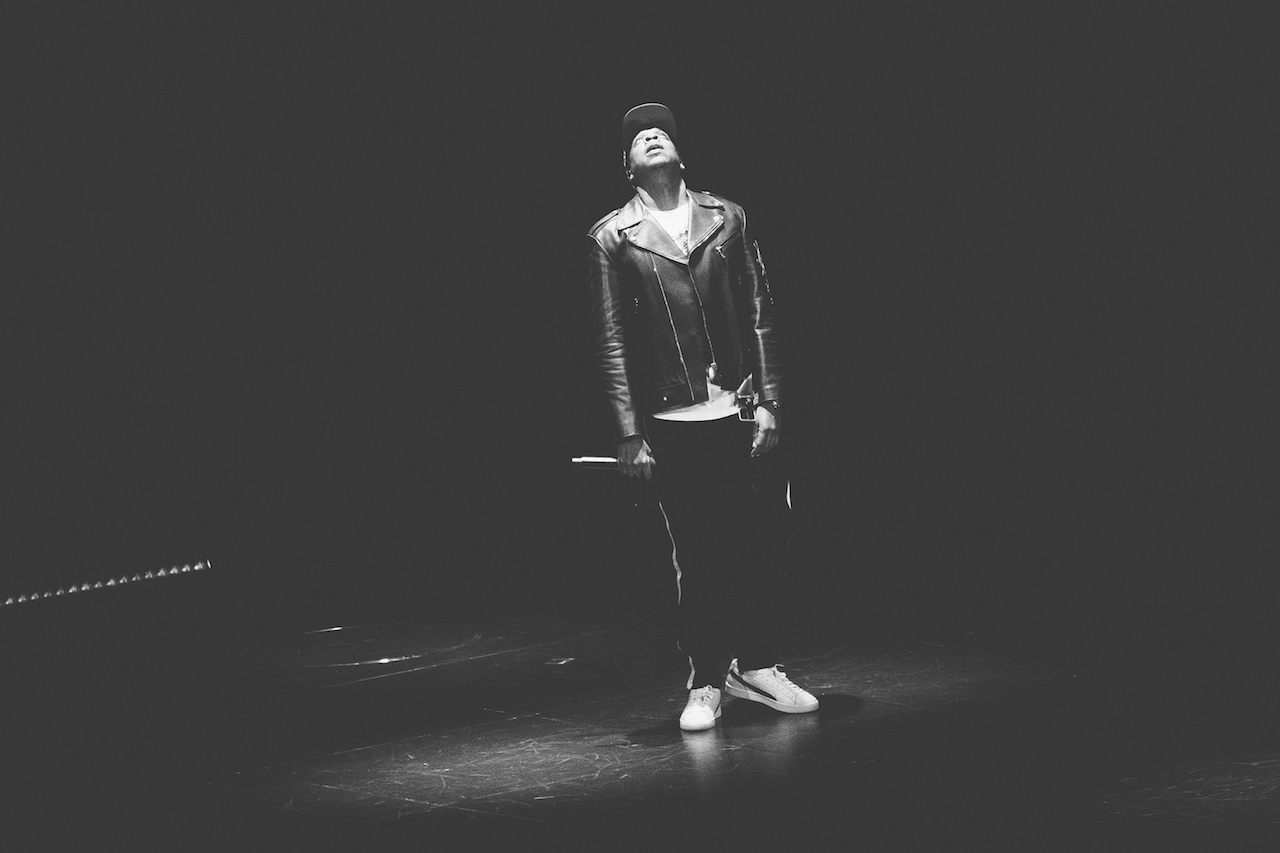 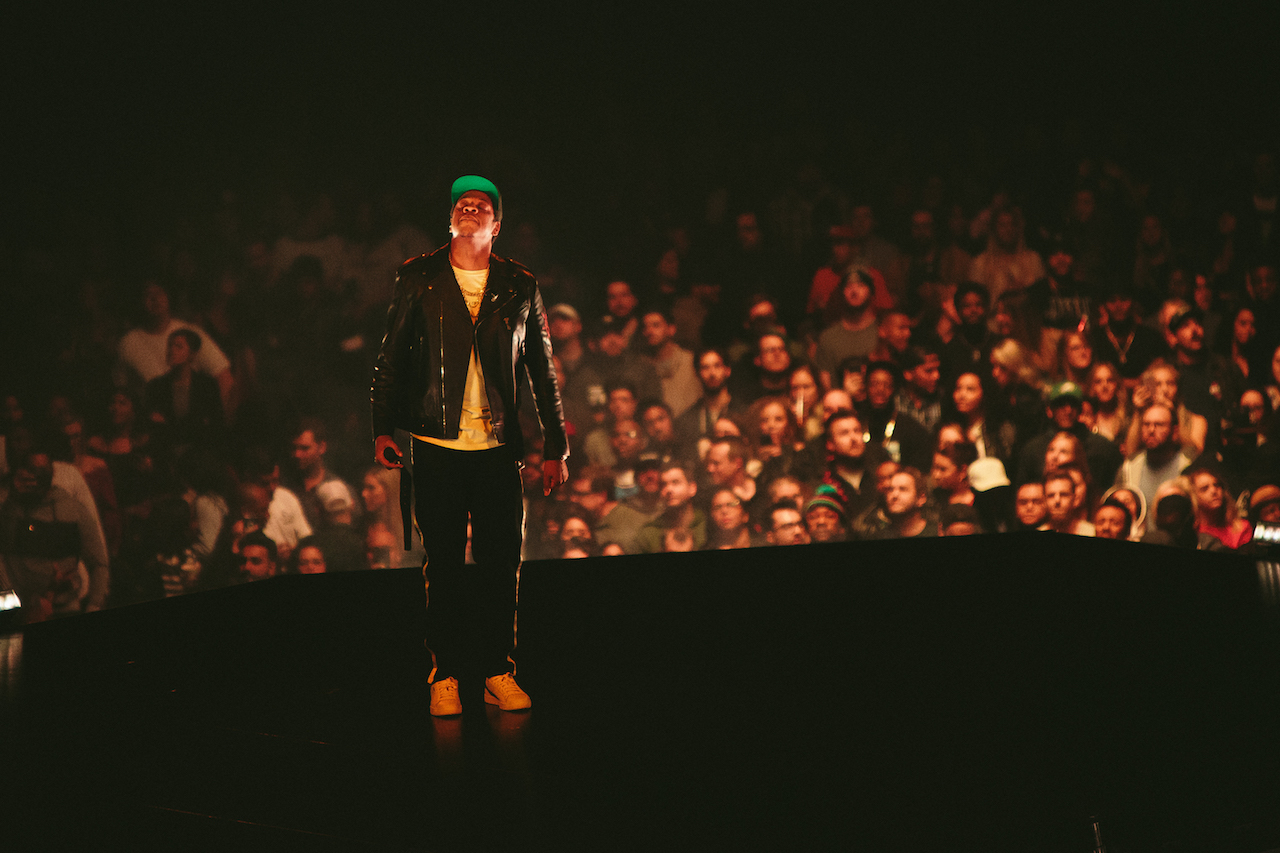