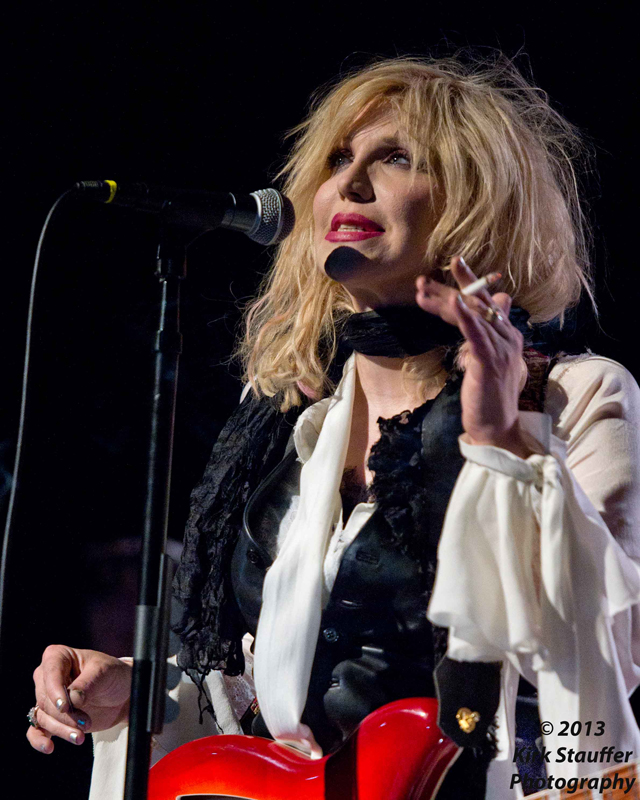 Courtney Love, backed by a four-member band, was the headliner at the Moore Theatre on July 23rd. As soon as Love hit the stage, audience members leaped out of their seats and rushed towards the stage. Main floor attendees remained on their feet during the rest of Love’s set. Some gave Love bouquets flowers; some brought panties, which they threw onto the stage. Love promptly added panties to her mic stand and periodically tossed individual flowers back into the crowd during the rest of her show.

True to form, Love did not disappoint. She frequently dropped the F-bomb and flipped off the crowd. She interacted a lot with the audience, including an incident with a photographer. During her fifth song, Love got angry with a credentialed photographer in the front row, who was continuing to video record even though we were only allowed to shoot the customary first three songs. She got her security guy on stage and nearly confiscated the camera, only to be called off by Love at the last minute. Love remarked that she’s been selling out venues with capacities of 4,000, but was unable to do so in Seattle. Throughout her set she made less than flattering comments about the city. 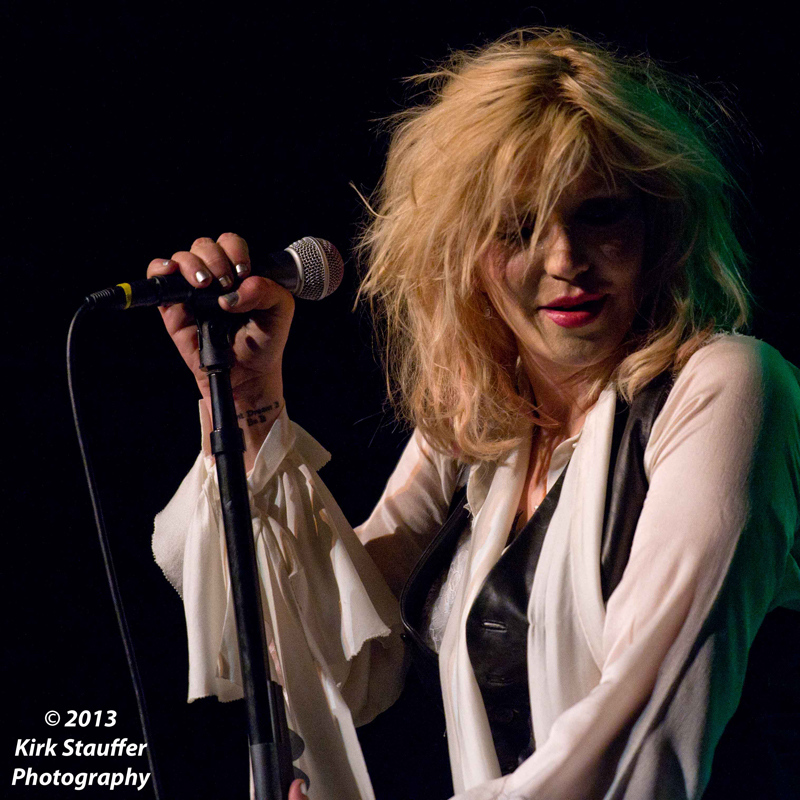 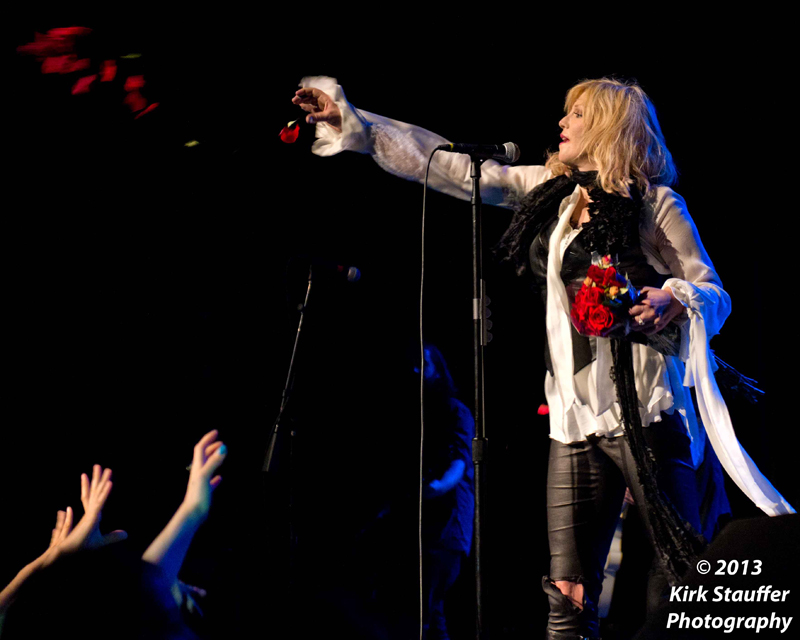 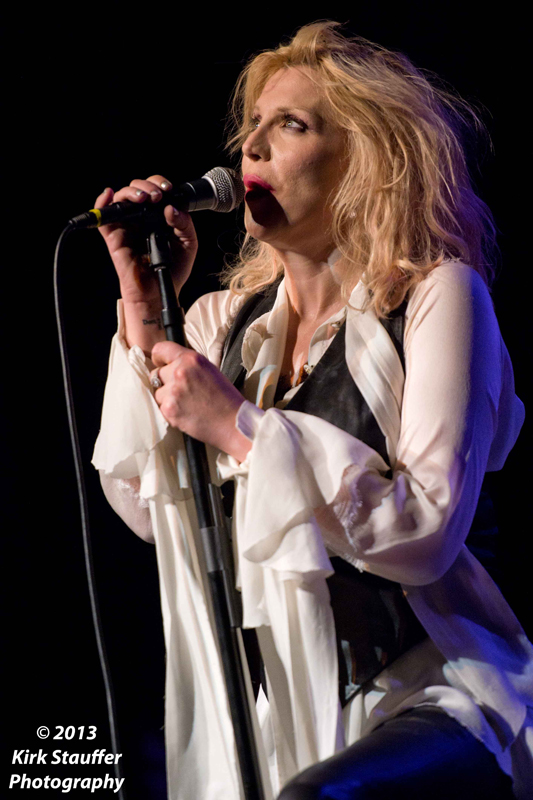 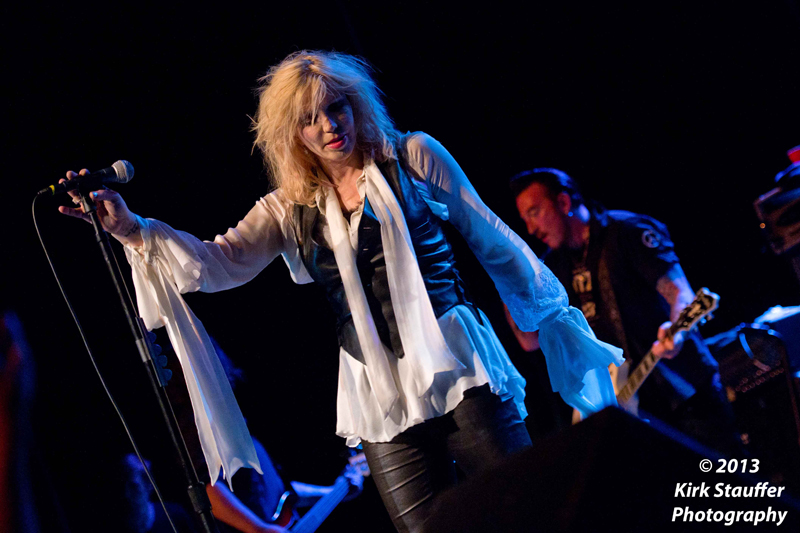 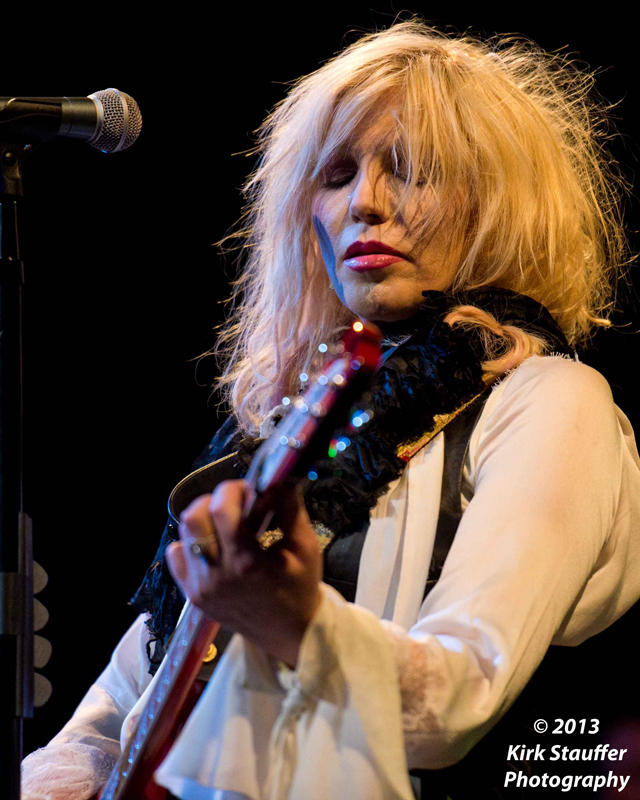 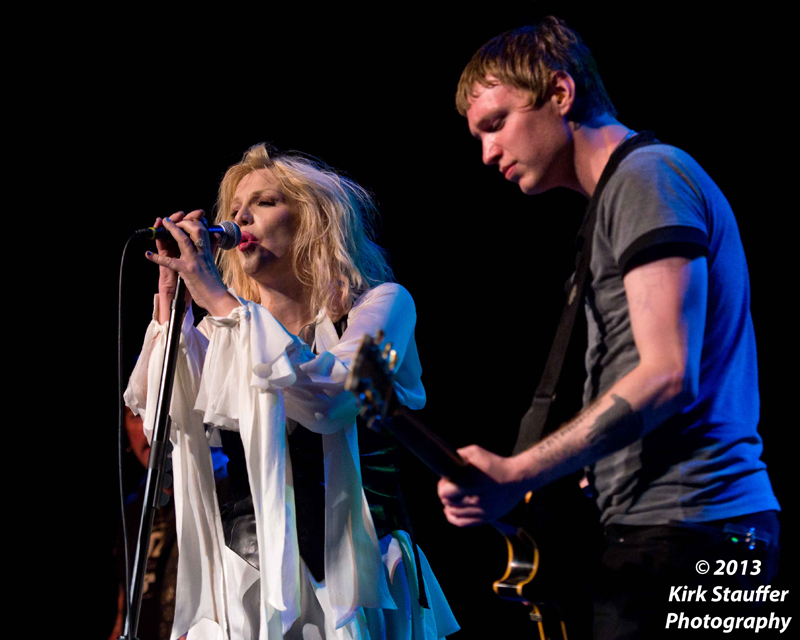 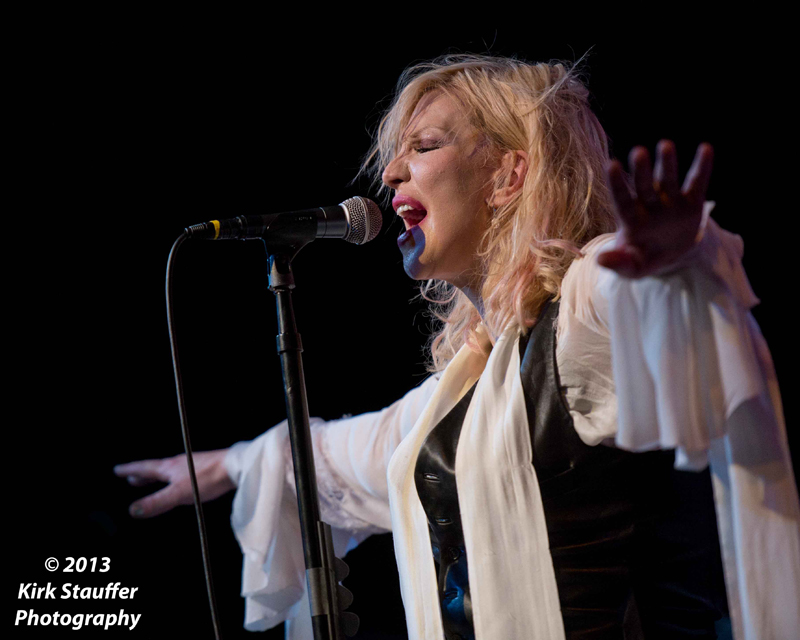 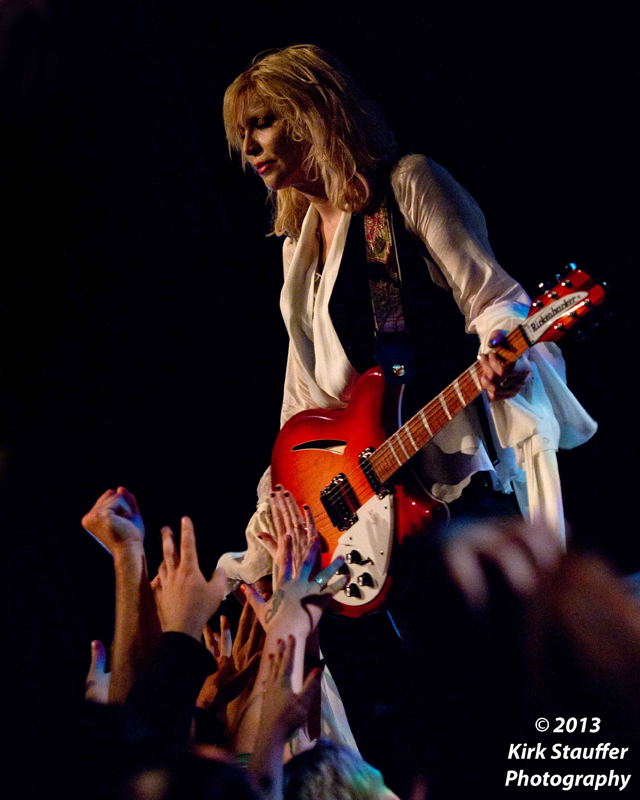 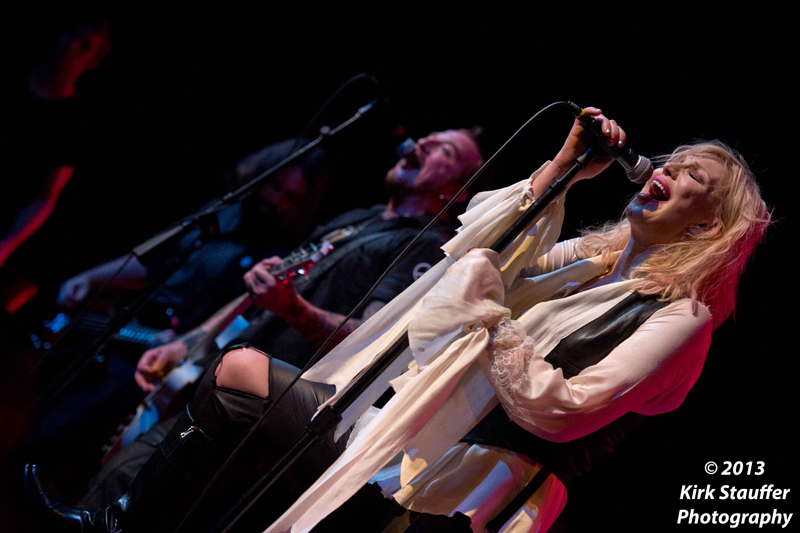 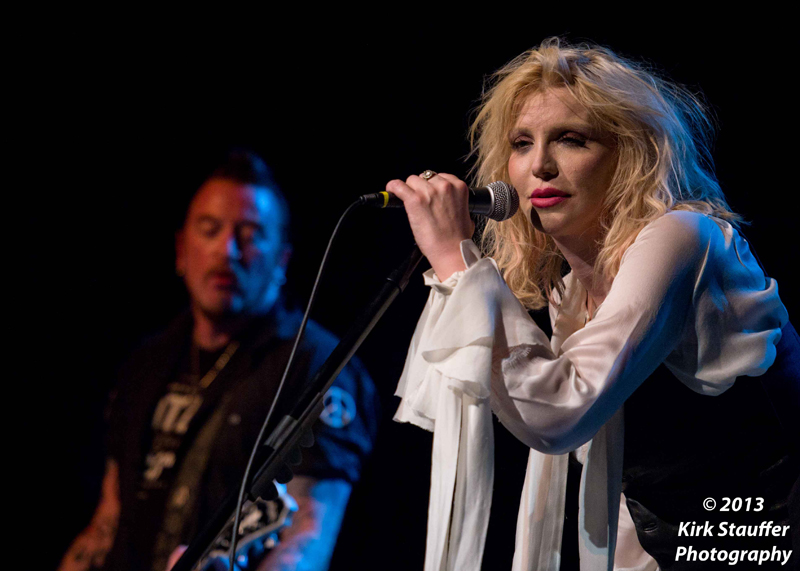 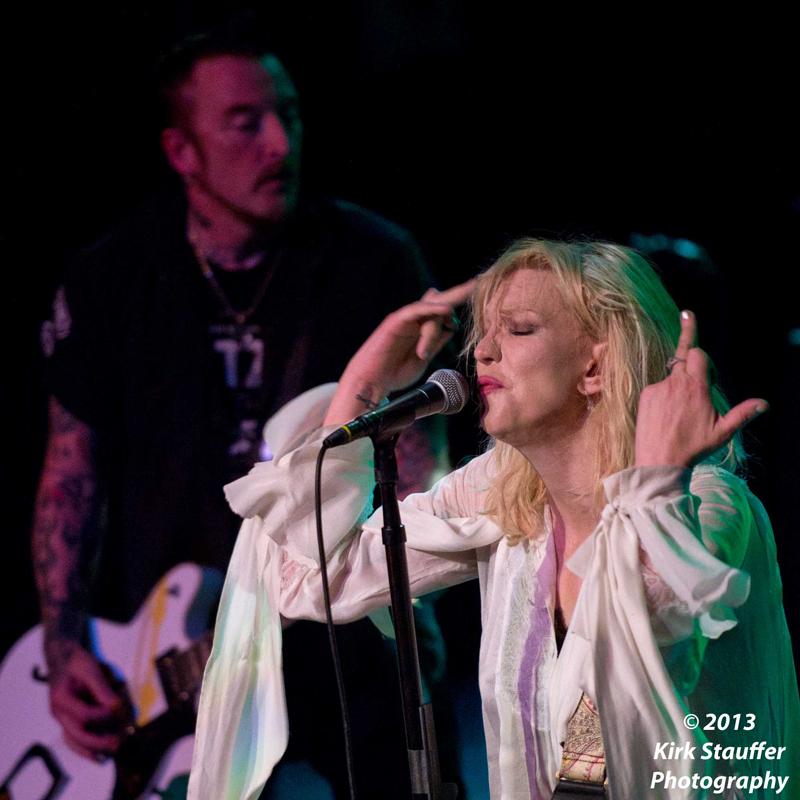 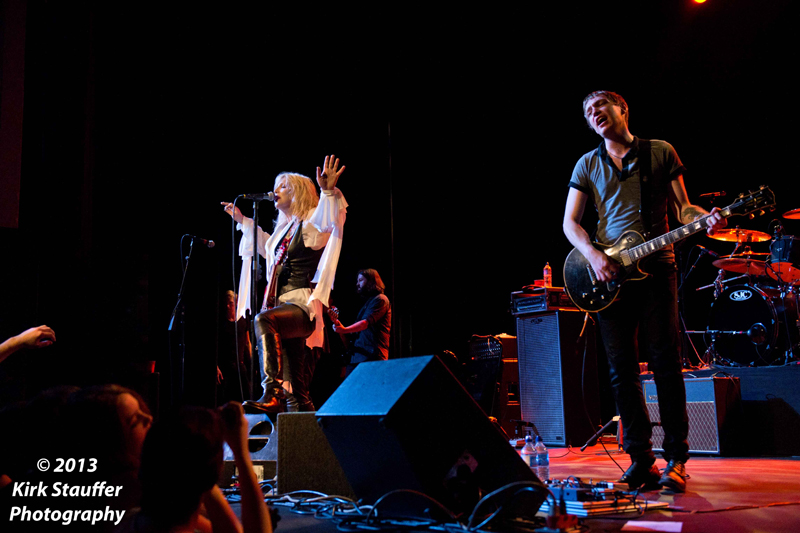 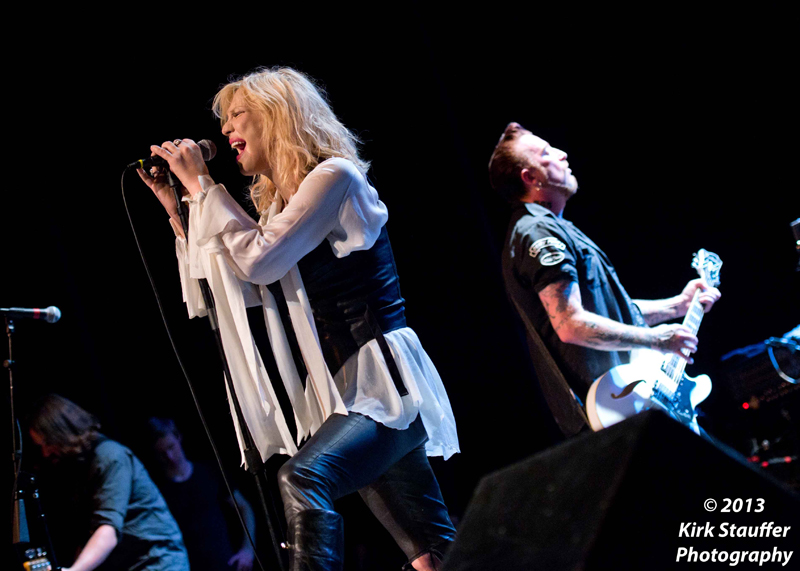 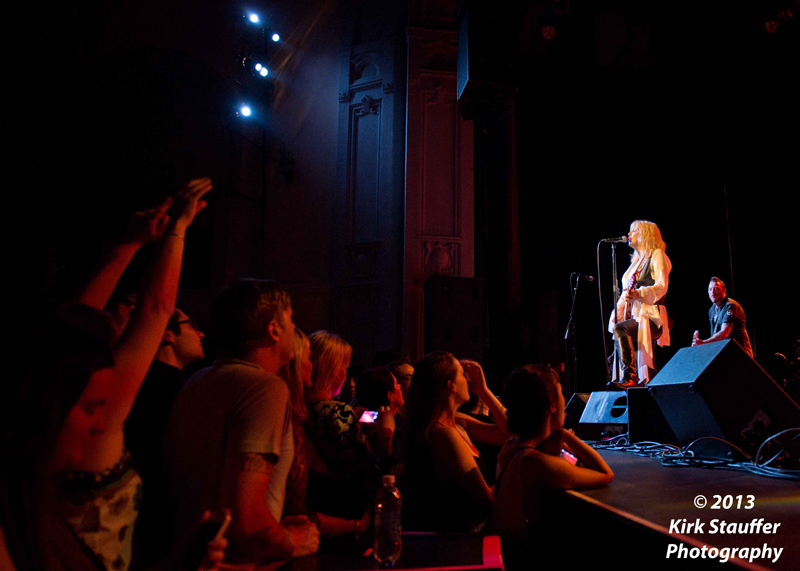 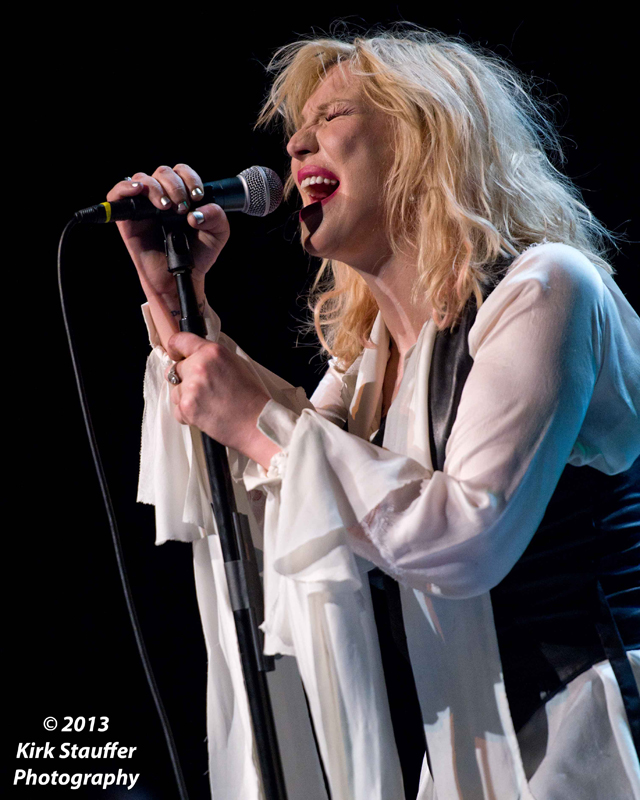 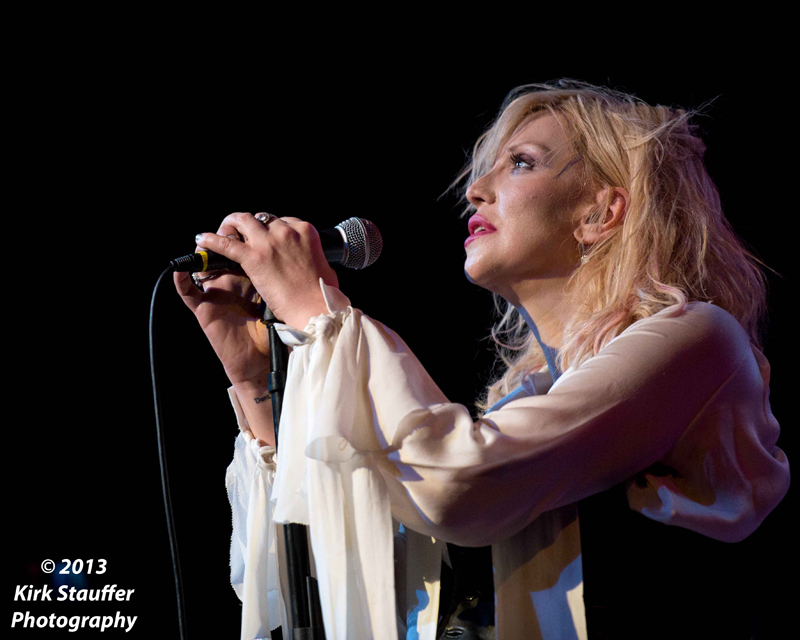 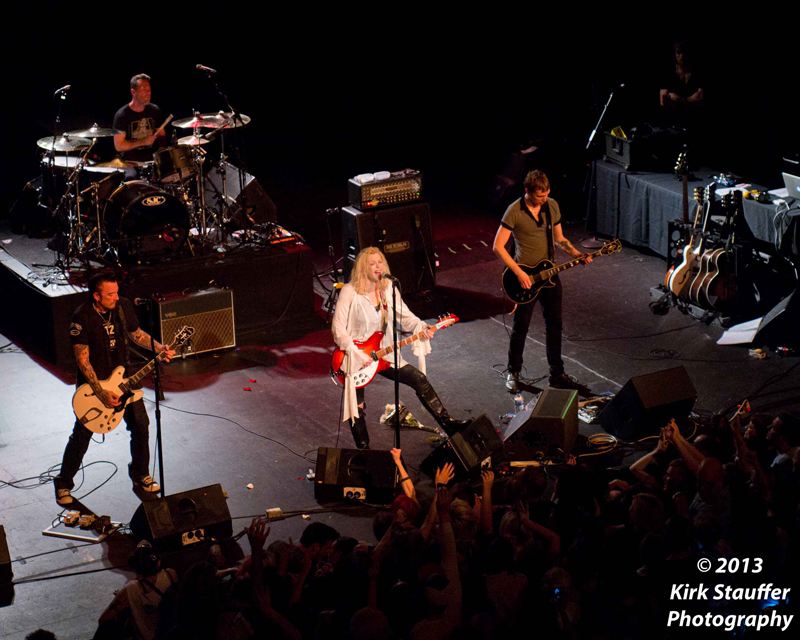 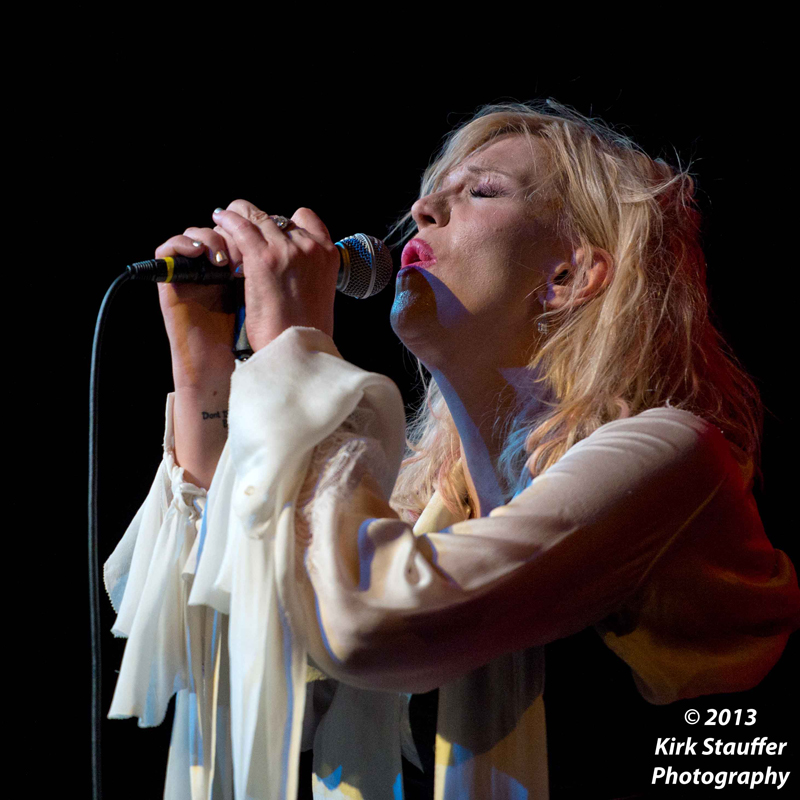 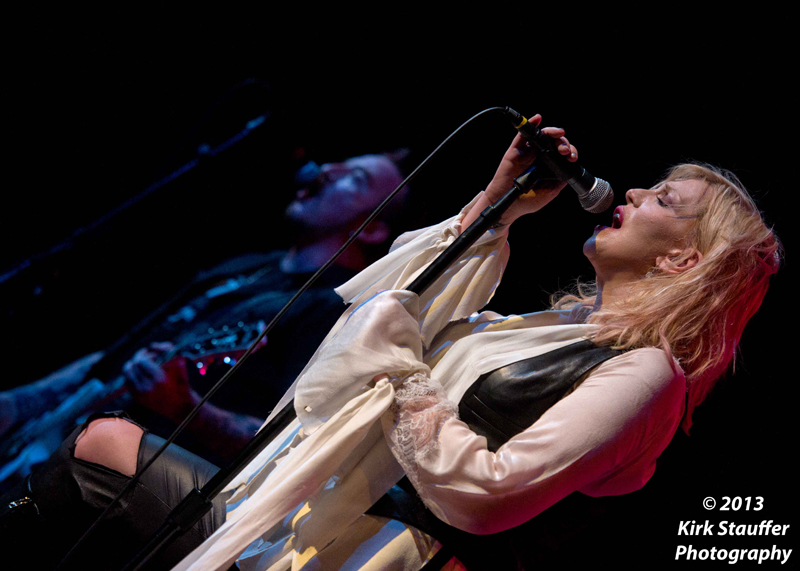 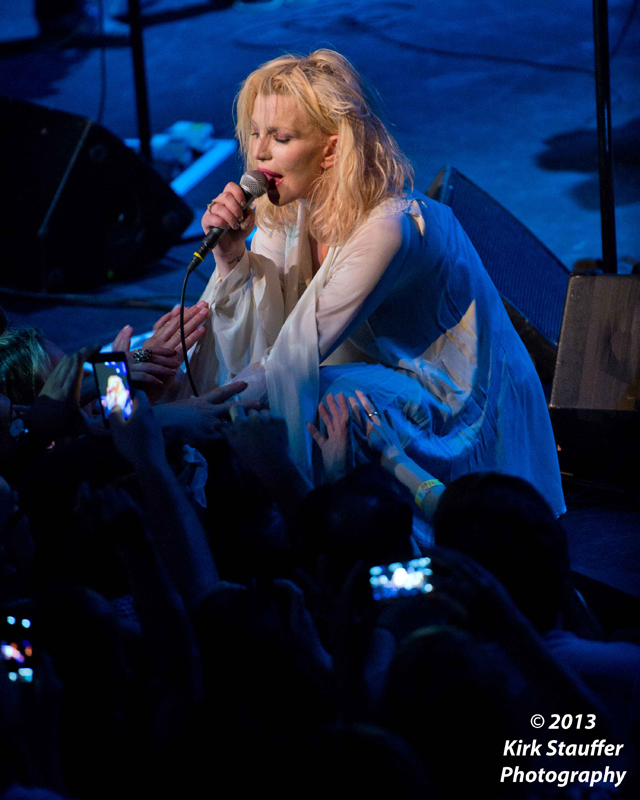 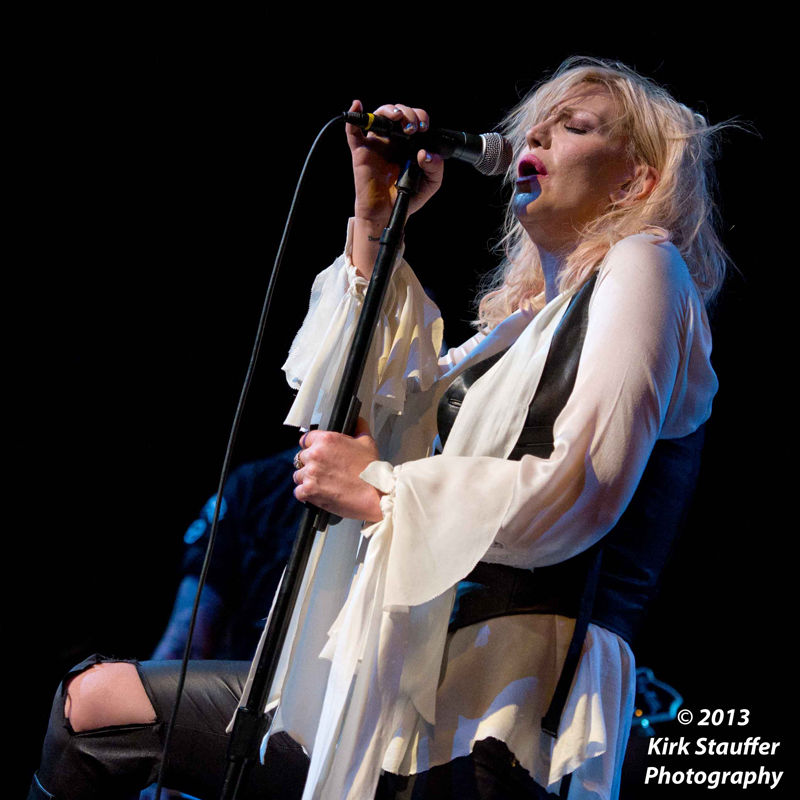 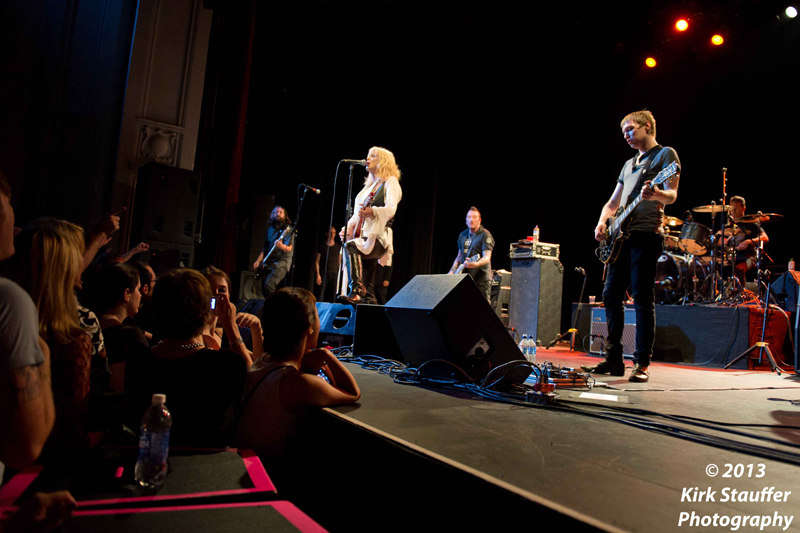 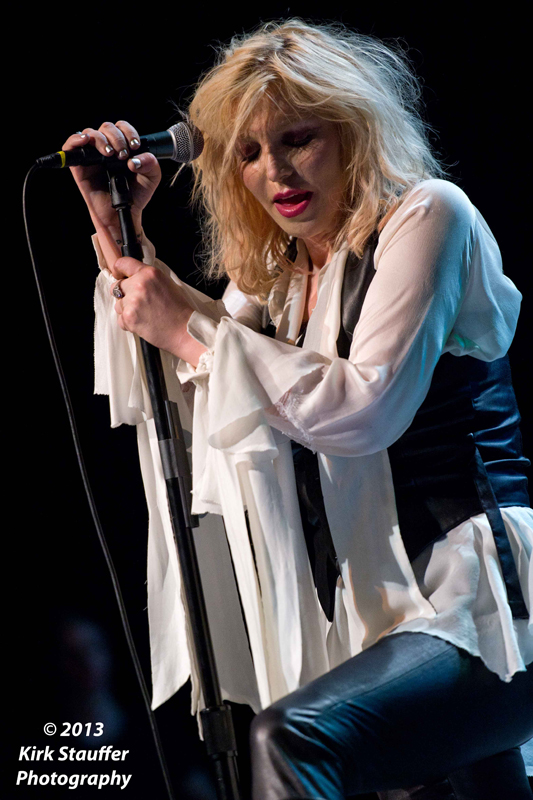 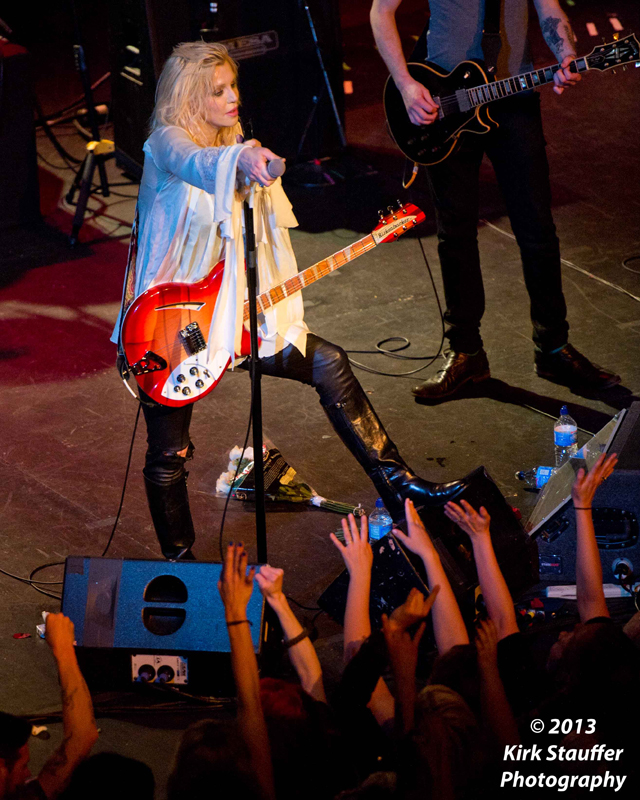 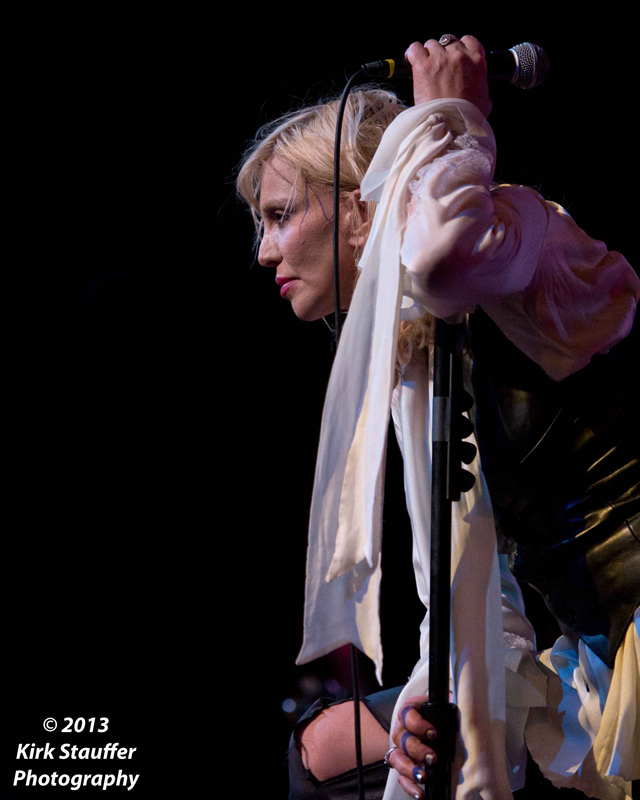