French DJ/producer Martin Solveig – in his characteristic athletic headband – opened for Madonna’s two Seattle dates this week. This was fortunate for us and made sense – Solveig was one of the producers of Madonna’s most recent album, MDNA (several tracks on the album, such as “Turn Up the Radio,” “Give Me All Your Luvin’,” “Beautiful Killer” and “I Don’t Give A” were all co-produced with Madonna). Smash, Solveig’s fifth album and 2011 release brilliantly features Sunday Girl, Dragonette and Kele Okerke. Probably the most recognizable song to audience members unfamiliar to Solveig was “Hello,” one of the collaborations on Smash with Dragonette’s Martina Sorbara. This was the case on Wednesday night while Solveig got everything started for Madonna. “The Night Out,” with vocals by Solveig appeared a close second in recognition by Madonna fans, but Solveig also mixed in songs by other artists, including Lipps Inc.’s “Funkytown,” Gotye’s “Somebody That I Used to Know,” Adele’s “Rolling in the Deep,” Madonna’s “Love Spent” and “Da Funk” by fellow French musicians, Daft Punk. Whether the songs were Solveig’s own or ones by other artists he mixed in, I was hooked.

Solveig’s DJ table swirled with digital colors creating rainbows, bird wings and the name Martin Solveig in giant capital letters. There were random explosions. He also had a boy onstage with him who got to DJ his first show – and that’s quite something to boast of. Years from now the kid can say, “My first DJ appearance was with Martin Solveig, opening for Madonna. What about you?” Solveig’s prepping of Madonna fans was perfect, “Seattle, you want to spend the evening with the Material Girl?” Yes, and yes again, but Seattle loved Solveig as well. 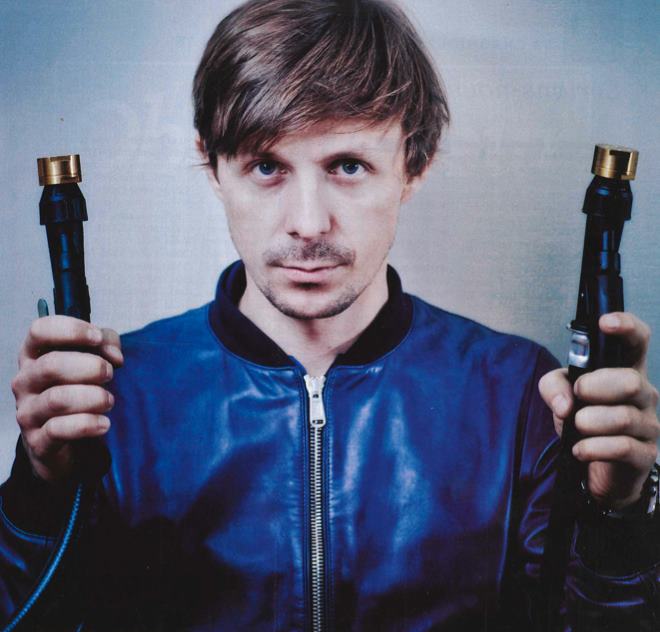