No individual is more ingrained into the fabric of rock and roll than Eric Clapton. His resume includes stints with The Yardbirds, John Mayall and the Bluesbreakers, Cream, Blind Faith, and an amazing solo career including collaborations with many of the finest rock and blues musicians of our time. His legendary guitar skills that, forty-five years ago, led English graffiti artists to declare “Clapton is God”, were on full uninhibited display Saturday night at KeyArena.

Los Lobos opened, revving the audience up with their powerful blend of Chicano blues rock. David Hidalgo and Cesar Rosas expertly traded off guitar solos and lead vocal duties. The highlight, of course, was the hybrid cover of Ritchie Valens’ “La Bamba” with The Rascals’ “Good Lovin’”.

Leading with his baby blue Stratocaster, Clapton took the stage to a standing ovation and thunderous applause. He and his band launched into the standard 12-bar blues of “Key to the Highway” from Riding With the King, his collaboration with B.B. King. A few songs in he pulled out his classic cover of Muddy Waters’ “Hoochie Coochie Man”. This is where the show really started to take off. During the electric portions of the set Clapton attempted to melt the faces off of audience members in the front row with guitar solos of such intensity and complexity no mere mortal could hope to pull them off. Video screens to the left and right of the stage aided Clapton in blowing minds by showcasing his intricate fret work up close and personal. 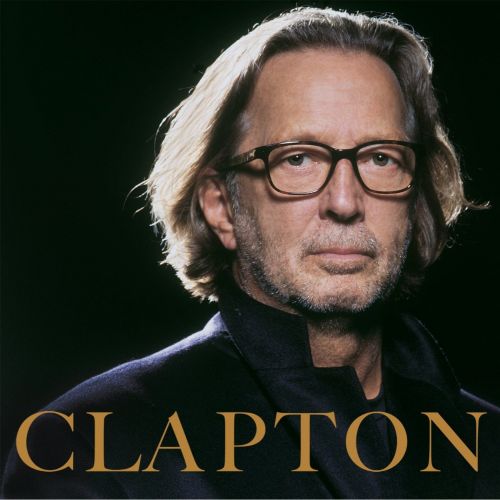 A musician such as Eric Clapton only surrounds himself with the best. His current touring band certainly fits that description, matching him note for note and solo for solo. His rhythm section ably laid down the foundation over which his guitar spoke. His two keyboardists showed off their amazing talents with multiple solos.

Clapton drew out “Old Love” into a fifteen minute guitar solo of epic proportions, a certified aural orgasm. He followed this up with the feel good reggae groove of Bob Marley’s “I Shot the Sheriff”. The audience joined, singing along to the chorus and surprisingly the air stayed smoke-free.

After this Clapton took a seat with a four-stringed acoustic guitar to churn out some unplugged numbers. “Nobody Knows You When You’re Down and Out” is a favorite from his Unplugged album and was received warmly. A pair of tracks from his new album, “River Runs Deep” and “When Somebody Thinks You’re Wonderful” were both solid but a little too slow and quiet for an arena crowd wanting Clapton to shred through his classics with his amp up to eleven.

An acoustic, shortened version of “Layla” led to another spirited audience sing-along. After this, Clapton plugged back in to finish the show.

The only Cream cover of the night came in the form of a high energy rendition of “Badge” that sent the baby boomers wild. “Wonderful Tonight,” one of the greatest love songs of all time, followed. Clapton finished strong and left the near capacity audience wanting more. Closing out the set was the loud and rambunctious “Cocaine”. The audience gave a standing ovation – and with their hooting and hollering, they demanded an encore.

Clapton and the band returned for the one song encore, “Crossroads”. With Clapton’s guitar fast and furious, the show ended on an adrenaline-laced high note. Clapton and his band took a collective bow. Then they exited stage left.

After this concert I believe the only way one could possibly understand the guitar virtuosity Eric Clapton possesses is to see him play live. Even though the energy waned in the middle of the set, his musicianship was spot on all night. He closed out the set stronger than he opened it. I think those graffiti artists in the Sixties may have been correct.

I have seen God. I have heard his power. His name is Eric and he plays a Stratocaster.