They say that a sea change of growth happens for most humans every 7 or so years. We last heard from Emily Haines & The Soft Skeleton just about 10 years ago with the release of the gorgeous sleeper hit Knives Don’t Have Your Back. The hushed yet powerful album hit home deeply for many who came of age listening to the bands that made Emily famous – Metric and Broken Social Scene – when they themselves were at an age where life was changing: relationships or marriages collapsing, loved ones lost. Emily herself lost her father, and the album conveyed a sharp sense of the dual feelings of shock and sadness that an unexpected collapse can bring.

Since that time, Emily kept busy with multiple Metric releases and tours as well as briefly reuniting with Toronto mega-band Broken Social Scene. Last fall news circulated that ten years on, Emily Haines was following up her debut with a second release called Choir of The Mind. Not only that, she was hitting the road backed with The Soft Skeleton and playing intimate halls for a short trek before the holidays, landing at Benaroya’s Nordstrom Recital Hall December 8. 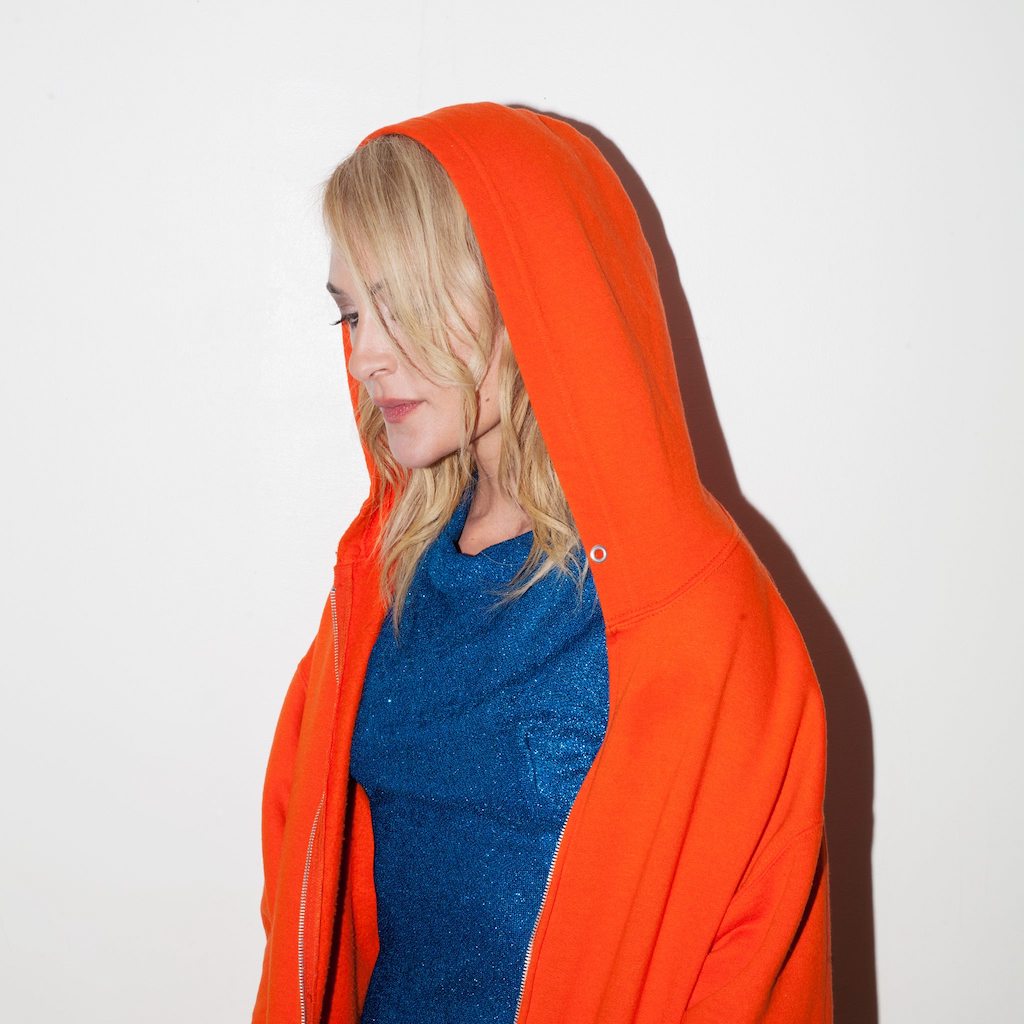 The first half of the show began as a semi-theatrical, one-woman autobiographical enactment of a day in the life of Emily’s mind. The title Choir of the Mind came into sharper focus as Emily strode onstage, emptying her suitcase and laying on an impromptu “bed” made of a sheet draped over an instrument case. Pre-recorded interior conversations and self-criticisms in Emily’s voice played as she woke, brushed her teeth, and steeled herself against her harsh inner dialogue in time to realize she was on tour.

Taking her place at the piano, she delivered an absolutely breathtaking suite of songs both old and new including “Wounded,” “Crowd Surf Off A Cliff,” “Nihilist Abyss” and “Our Hell,” a song which many suspected they’d never hear performed again. Each keystroke resonated beautifully with the Recital Hall’s pristine acoustics and Emily’s vocals shifted easily from a whisper to a crystalline call. The mood was respectfully restrained as the audience processed the personal themes of the show’s first half. Then the singer turned to address the audience and broke the spell, graciously acknowledging everyone for being there and sharing some fleeting magical moments of song with her. It was unlike any stage banter I’d seen before – unhurried, unrehearsed, trying to articulate as best she could the wider themes of Choir of The Mind and the “musical fossils” she calls songs. She acknowledged how many times over the years people had expressed what Knives Don’t Have Your Back meant to them, perhaps divorced from the meaning it had when she wrote it and all the subsequent times and places she’d performed those songs since. In hindsight, what may have sounded sad became a beautiful imprint of the shared experiences of many: Emily’s voice and the song a momentary vessel of feeling.

And this is the essence of Emily Haines’ solo work. Fragile, powerful, fleeting, fossilized.The second half of the set returned to a more traditional form, the band (including members of Metric and Broken Social Scene) playing off each other so comfortably it was apparent they’d been at it since they were all bright, shiny indie kids. “The Maid Needs A Maid,” “Statuette,” “Minefield of Memory,” “Legend of the Wild Horse” and “Doctor Blind” were high points, closing with “Fatal Gift” and an incredible bare bones encore of “Strangle All Romance” and “Choir of the Mind” (taken from Savitri, a poem by Sri Aurobindo from which Emily’s mother chose her middle name). It was an astonishing night with an astonishingly talented performer and woman that I would happily wait to meet once every decade, only to see what experiences we’d shared in our time apart, growing up.
-J.Price