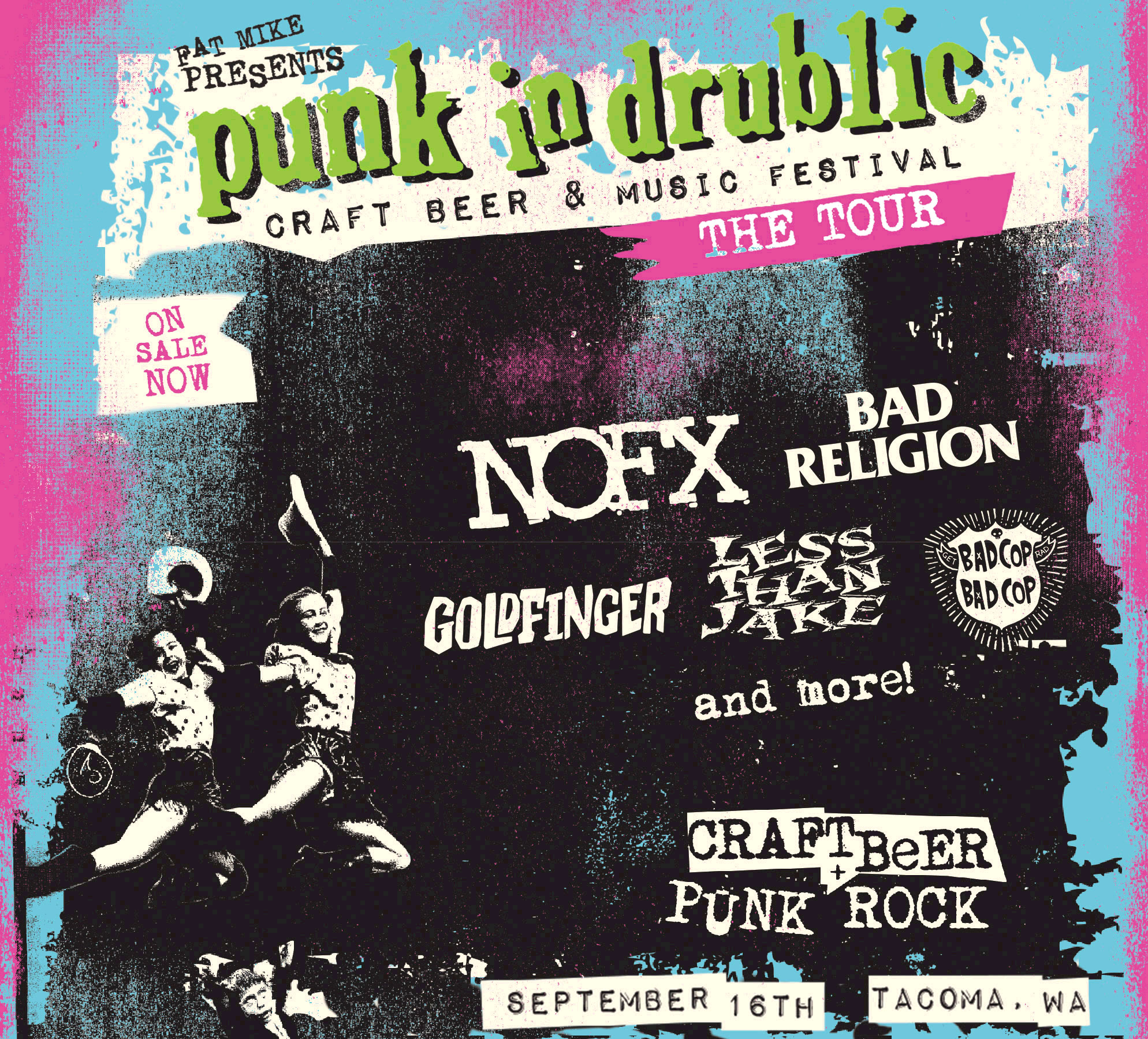 Do you like punk music? Do you like beer? Bigger question is, do you like great punk music and great beer? Then head over to Tacoma this Saturday, September 16th for Punk in Drublic, a festival featuring punk rock stars such as NOFX, Bad Religion and Less Than Jake. Taking place at America’s Car Museum (it’s an actual museum right in the same area as Tacoma Dome, you can find it easily), Punk in Drublic comes courtesy of NOFX’s Fat Mike. Thank you, Fat Mike. This is the first show on the festival’s tour, and it’s selling out fast. If you want to go, get on that!

And, many craft beers will be available, including Punk in Drublic Hoppy Lager! What’s that, you ask?

Created from the mind and liver of NOFX’s frontman Fat Mike and named for NOFX’s classic Punk In Drublic album, which has sold over one million copies. . . To celebrate Punk In Drublic, Fat Mike teamed up with craft beer pioneers Stone Brewing to brew their very own Stone & NOFX Punk in Drublic Hoppy Lager, which will be available in cans only in the festival markets. This collaboration is a huge show of support by Stone, as it marks the first time ever that Stone has worked with a musician for a can release. 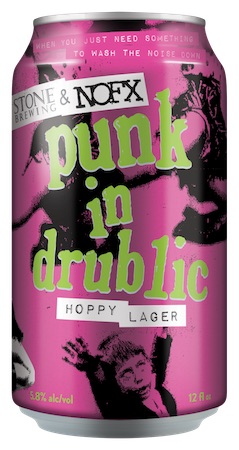 There it is!!! – When You Just Need Something to Wash the Noise Down – Nice!