British musician Charli XCX, though steadily increasing her visibility over the last six years, may be an entirely new artist to American audiences. Born Charlotte Aitchison, Charli XCX is a 20-year-old singer and songwriter of lovely electronic dance songs which just scream to be deserved hits. With one EP behind her, debut album, the tremendous True Romance hits stores in the States on Tuesday, April 16th. Tracks from the EP “You’re the One,” “Nuclear Seasons” and the single “So Far Away” along with mixtape Heartbreaks and Earthquakes’ “Grins” and “How Can I” made their way on to the album, along with new songs such as “What I Like” and “Black Roses.” What’s exciting about Charli XCX is not only her songwriting skill but also her voice and presence. She has an excellently placed singing register – it’s always right where it should be, it’s always cool. After seeing her at Chop Suey last year I was amazed by her strong and unequivocal message: a woman can look gorgeous, sexy and not be dressed like, well, like nearly every other female clone singer out there. 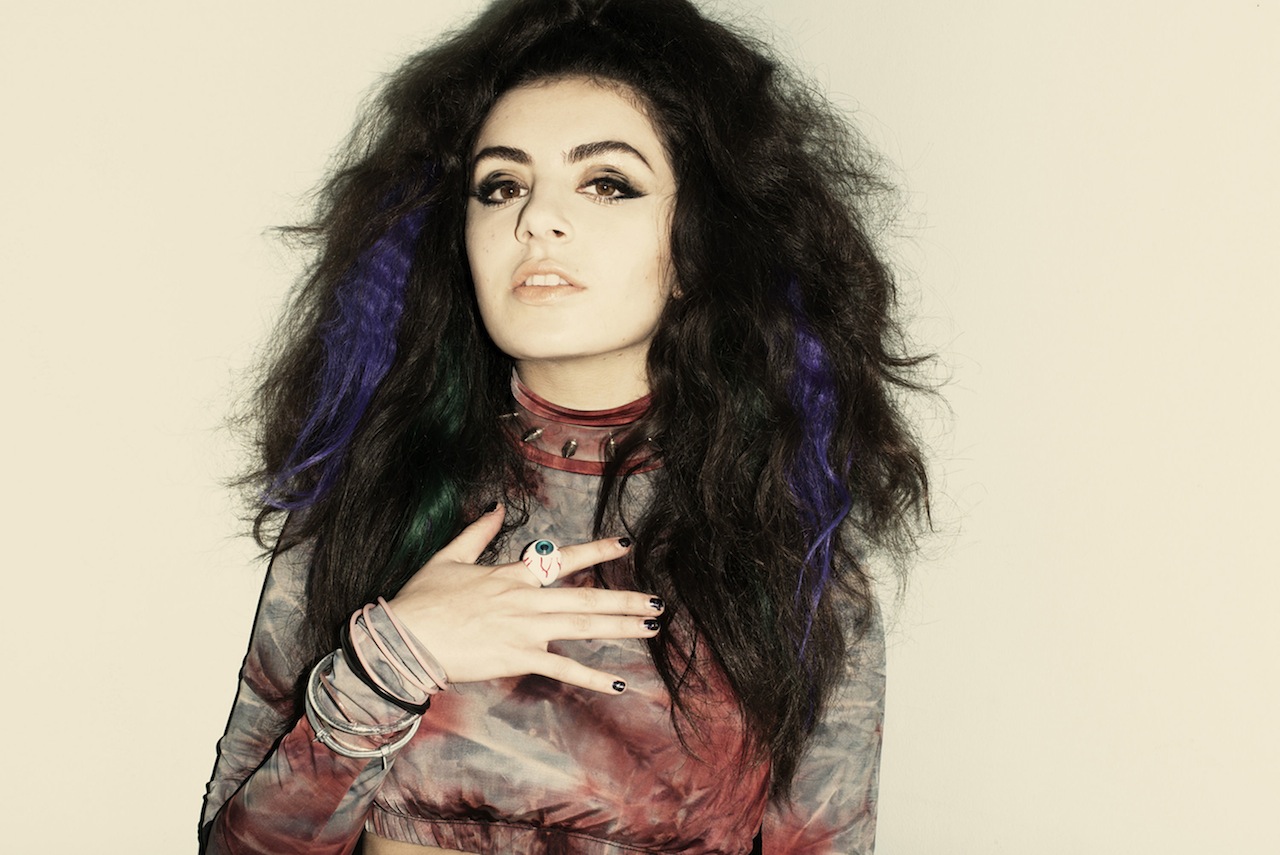 Charli XCX is a seasoned entertainer -she began playing raves at the age of 14. I asked her if she was initially frightened at the prospect of performing at a rave. She explained that “it was really fun. I was doing it because I really wanted to do it. I wasn’t being forced or anything like that. It was really exciting. It was very much a new world.” After some time it sounds as if Charli XCX was entertained by the parties: “I was playing these raves and warehouse parties, and I was from outside London, a countryside town called Bedfordshire, and I’d never been to a rave. I didn’t know anything about rave culture or club kids. So I was kind of going in blind.”

That kind of fearlessness was called for during her latest video shoot for the song “What I Like.” The video’s concept came about kind of late in the process: “We were at SXSW for the week before the video and we were meant to plan it. We didn’t really get around to planning the video.” When the decision was made to rent a hotel room and an underwater pool, Charli XCX realized “I’m going to have to go underwater – this is really terrifying. I’m just such a bad swimmer.” In the end the video turned out beautifully. She doesn’t look scared, but she said she was “hyperventilating a little bit.”

For her eclectic look Charli XCX might be described as sporty goth. For the Seattle show she wore a cropped black top, trousers, a black cross necklace and Buffalo shoes as worn by Spice Girls. She’s since broken the necklace (“It was from some dollar store in New York). She remembers the Seattle show: “Before I went on there were these people performing in yellow capes.” (That was opening band, Seattle’s Glitterbang.) She enjoys vintage clothes shopping, especially “at Portobello Road in London, which is a quite famous vintage market. Fashion is massively important to me, so I’m always shopping.” Charli XCX recently appeared on the cover of V Magazine with Grimes and Sky Ferreira – and some mice. Were the mice well behaved? “Not at all. They kind of wet all over us. It was fun though –it was a really good shoot.”

A former art school student, Charli XCX is generally drawn to the visual rather than sonic when it comes to music writing. “During the writing process I’ll always look to my favorite movies for inspiration, like Carrie, True Romance or The Craft. Not in terms of following the storyline, but in terms of the aesthetics. And my favorite artists, such as David LaChapelle.” Though she left art school, some of her work revealed a cheeky side: “I was painting. I was also making installations and some videos. I would do performance pieces as well. I would dress as Britney Spears and cover a wall with posters of Justin Bieber and then I’d sing “…Baby One More Time,” with a toy dog.”

The process of completing True Romance was lengthy (nearly three years), though the final result is Charli XCX’s commitment to “make the best record possible.” Selecting which songs would appear on the album was based on her own plan. ”I’ve always wanted to make a pop album. I wanted to make a super, emotional pop album, so I had to choose songs with the theme romance and love, and my experiences of romance.” Love and romance are definitely the themes: “I feel like, on the album, there’s different angles of my views on romance. I really feel like I’ve been writing this album as I’ve been growing up – and me fantasizing about what if I was obsessed to an unhealthy point with someone?” I asked her about “Stay Away,” and if she had memories associated with the writing of that song. “I’d been on this long writing trip to LA. I wasn’t really happy with any of the work I’d done out there. I was about to get on the plane and go home and I met this guy, Ariel [Rechtshaid]. We had a two-hour writing session before I had to fly out, and we wrote “Stay Away.” On the way home, I felt like that was the song that changed things for me and made me discover who I was as a writer and as a musician. It made me excited to be doing music again. I felt like I’d lost faith, and when I wrote that song, I was totally back in love with music again.” Right now her favorite track from True Romance is “Black Roses.” “And also Grins, which is my favorite to play live. I lose my mind completely.”

Somewhere in other interviews sharks come up in conversation with Charli XCX. I asked if a shark is her favorite animal. “I do find sharks interesting. I love shark movies. My favorite animal is a tiger, or probably a lion. I’m a Leo.” For her top three female musicians she sees as inspirations, Charli XCX lists: Number one is probably Björk, number two Kate Bush, number three Uffie. Björk is amazing – her videos are so amazing. I think Chris Cunningham is an amazing director. Kate Bush’s album, The Sensual World is one of my favorite records.” The young Charli XCX says that Uffie was one of her first loves in music. “I thought she was so cool and weird. She was a white girl rapper, and I wanted to be a white girl rapper.” And she gives a surprising inspiration: “Number four would be Britney Spears, because I think she’s the best pop star of all time. “
~interview by Dagmar

Charli XCX will perform at Showbox SoDo on May 2nd. 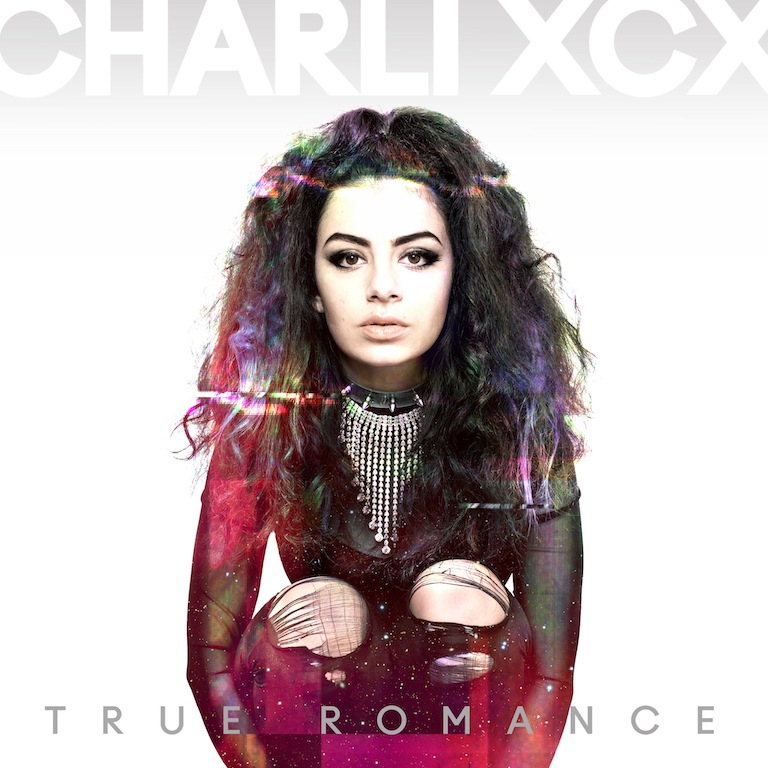