Californian duo El Ten Eleven (Kristian Dunn and Tim Fogarty) headline Neumos tomorrow, Thursday, October 8th. There’s always this talk or that talk about a band creating musical landscapes, or dreamscapes, or whatever, with their music, and though I hate to wobble into that cliche, these guys really do just that. For some reason I’m able to see their music in a way I can’t with many others. I can’t imagine listening to their albums separated into a set list; when I listen to their albums, I want to listen to the entire album at once. But Dunn and Fogarty know what they are doing. I am sure they’ll put together their tunes in a set list that makes sense. Another effective trick the pair excels at is making an instrument not even sound like itself. I’m listening to 2013’s Every Direction is North right now, and it’s made a bass not a bass. Pretty cool. They’ve gone a bit New Order-esque with new album, Fast Forward. My response to that is, “Yes! Awesome!” 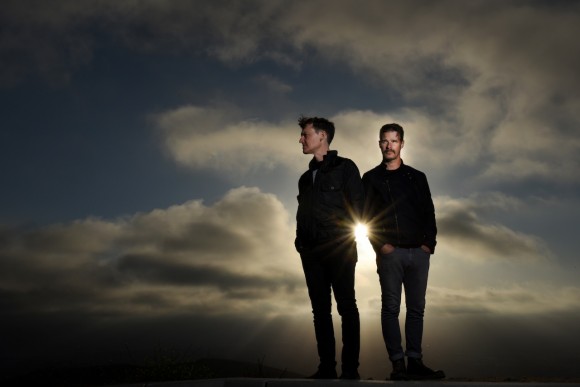