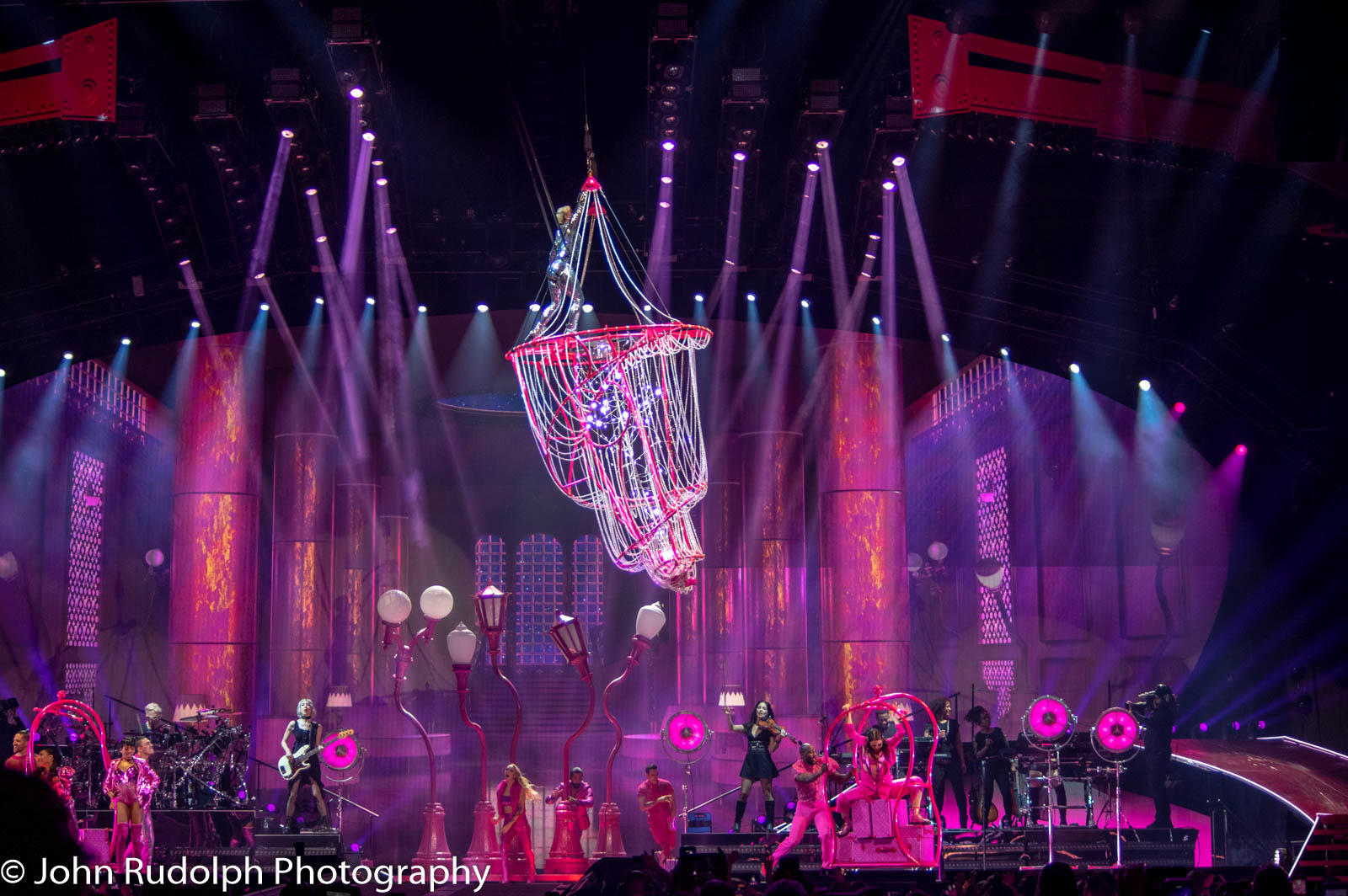 So, let me begin and end this review by saying that P!nk killed at her amazing concert, full stop.

The production was amazing, the choreography was stunning, and P!nk’s voice was so pure and powerful. P!nk isn’t some silly popstar, she is a true entertainer who can write good songs, fill an arena with her lovely voice, and dance with the best of them. 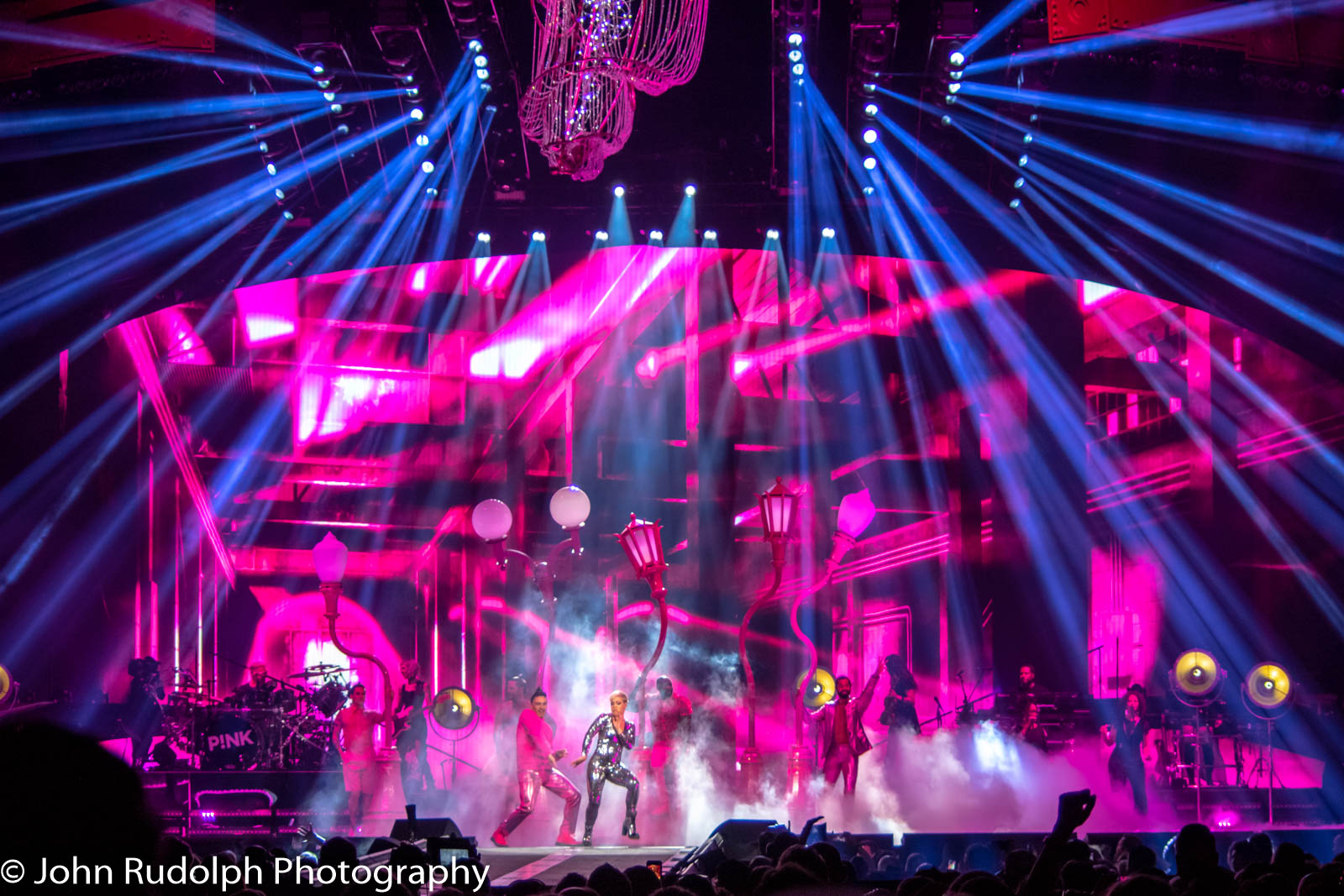 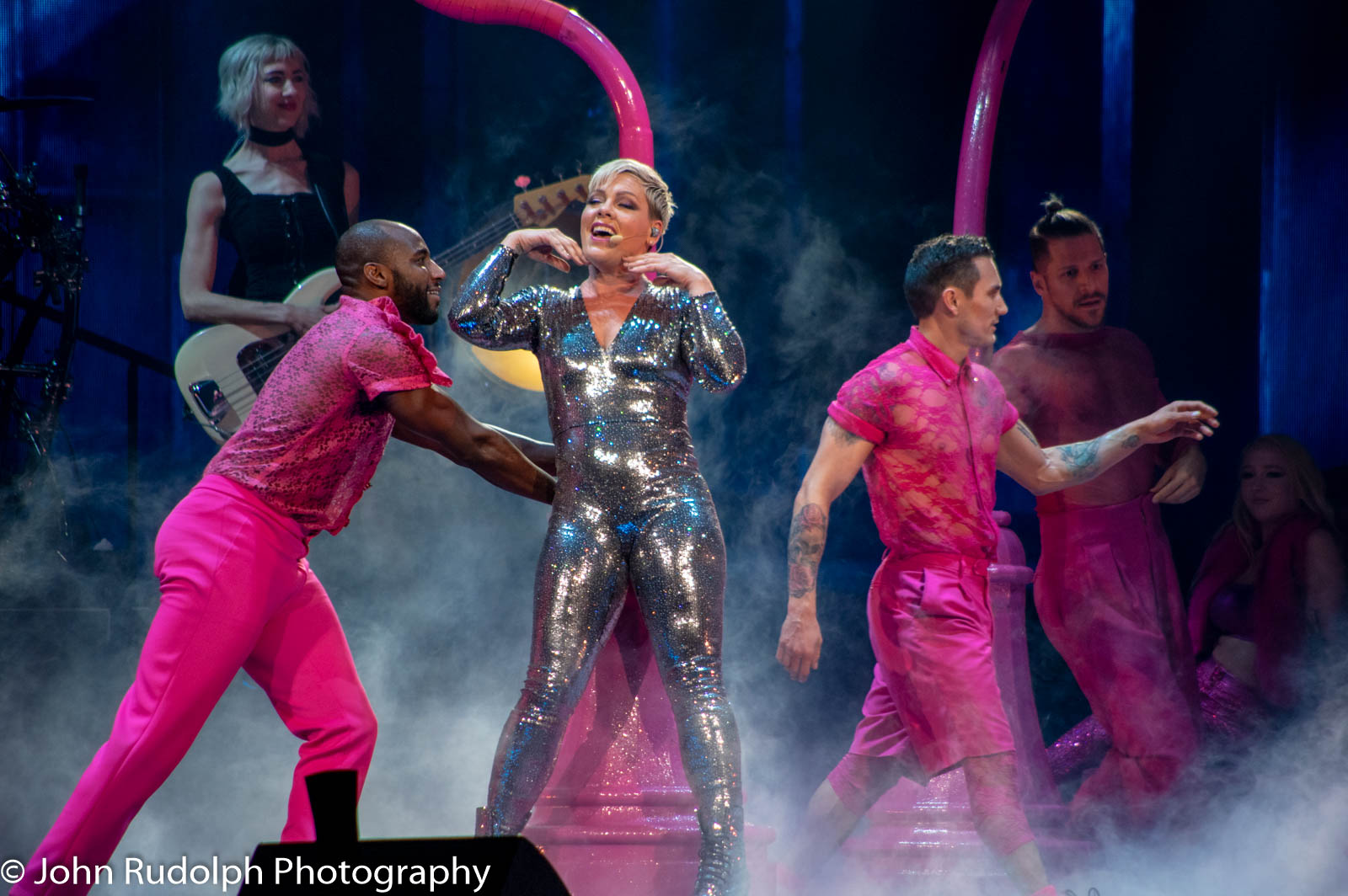 P!nk grabbed the stage, enveloped in her silver bodysuit, surrounded by pink-clad dancers singing “Get the Party Started.” She quickly took to the air with the grace of a Cirque du Soleil artist. The set had P!nk street lamps and a P!nk building façade, which reminded me of a hotel. Not too far into the concert, P!nk took flight while clutching the chandelier with beads and lights draped over it. She then came back down to earth, and she and the dancers glided all over the hotel lobby. 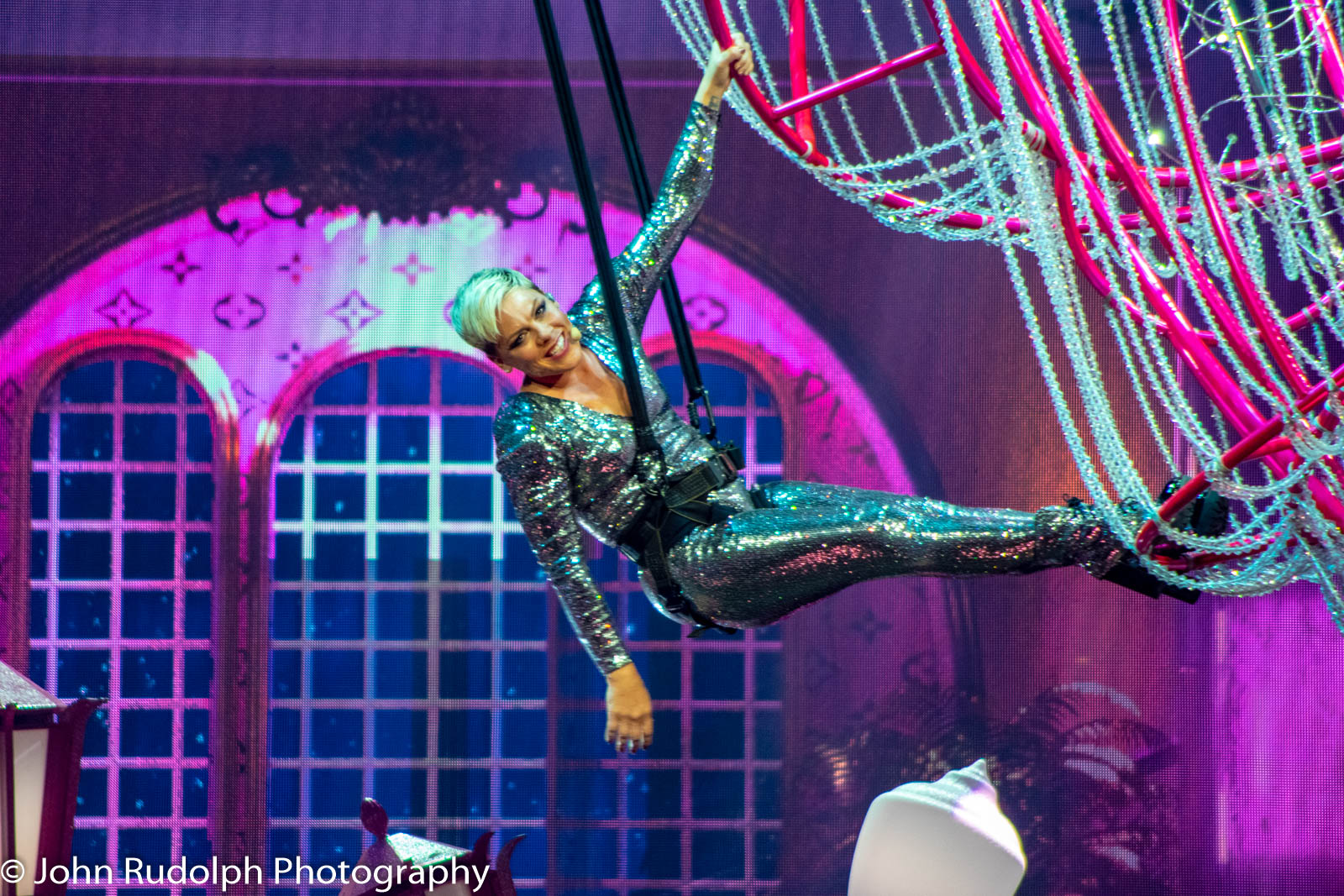 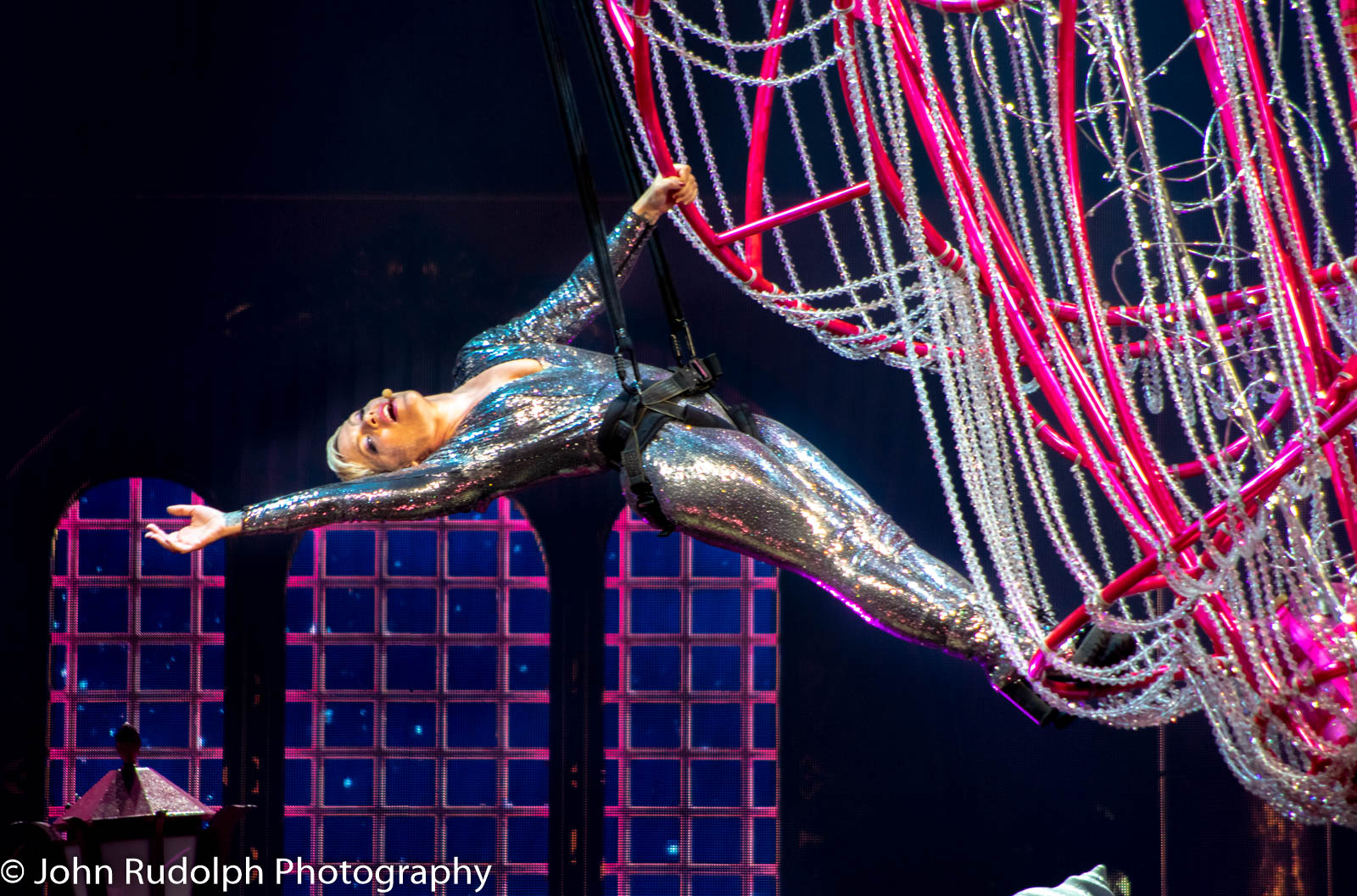 P!nk changed things up a little with “Just Like a Pill.” She brought the lights down, and everyone changed to black or dark grey outfits. The tempo of the music became a little more rock and roll. The dancing matched the tempo and became a powerful modern dance. Dancers appeared and disappeared into and out of the darkness.

P!nk transitioned her stage and she went immediately into Funk House and Nirvana’s “Smells Like Teen Spirit.” It was clear to me that P!nk’s concert wasn’t just a series of songs like most concerts. She was telling a story through song and performance art. Her stage went dark again; it was like we were in a dark and gloomy, fantasy-type forest. For this transition, she sang “Try” and “Give Me a Reason.” 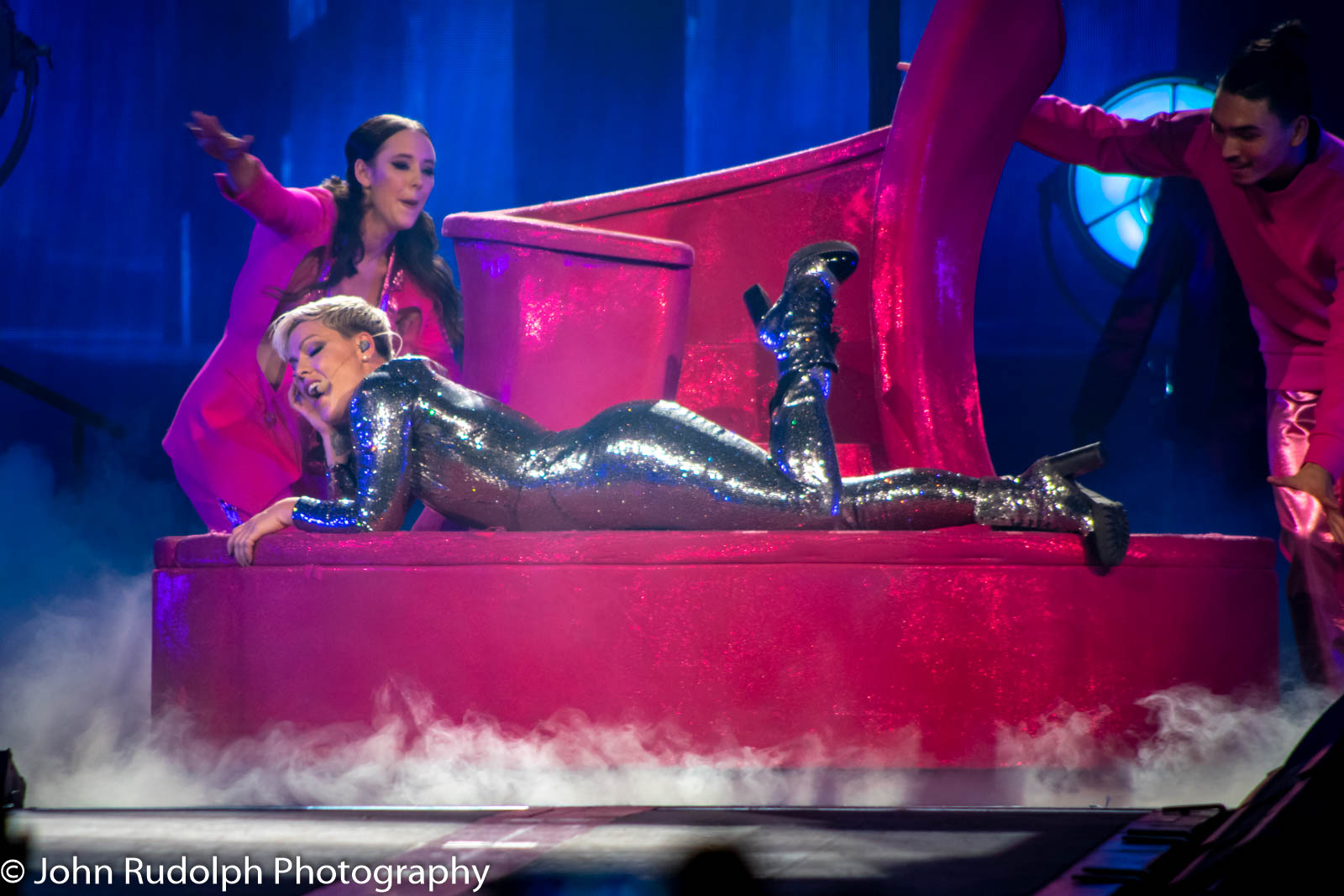 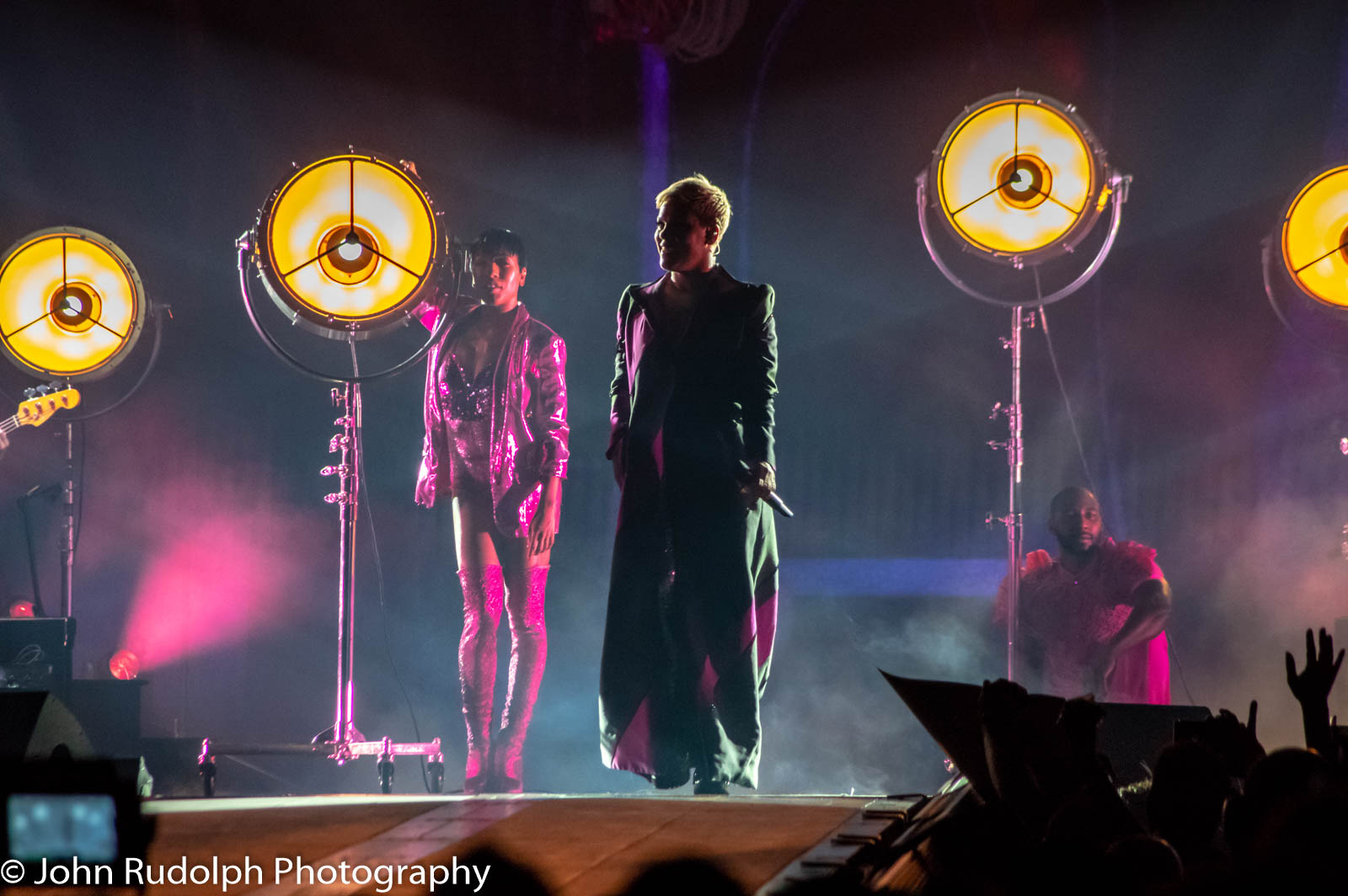 During this part of the show, she flew around the arena in a four-poster bed with a dancer flying with a red umbrella. I was reminded of a dark Peter Pan scene. Right when I thought the show couldn’t get any better, the intensity kicked up again and she broke out with “Just Like Fire.” At this point, the dark and foreboding forest burst into flames and she and her band rocked out. It was like she was bursting out of a dark and gloomy place and she was taking control of her life, leading her journey to the positive. 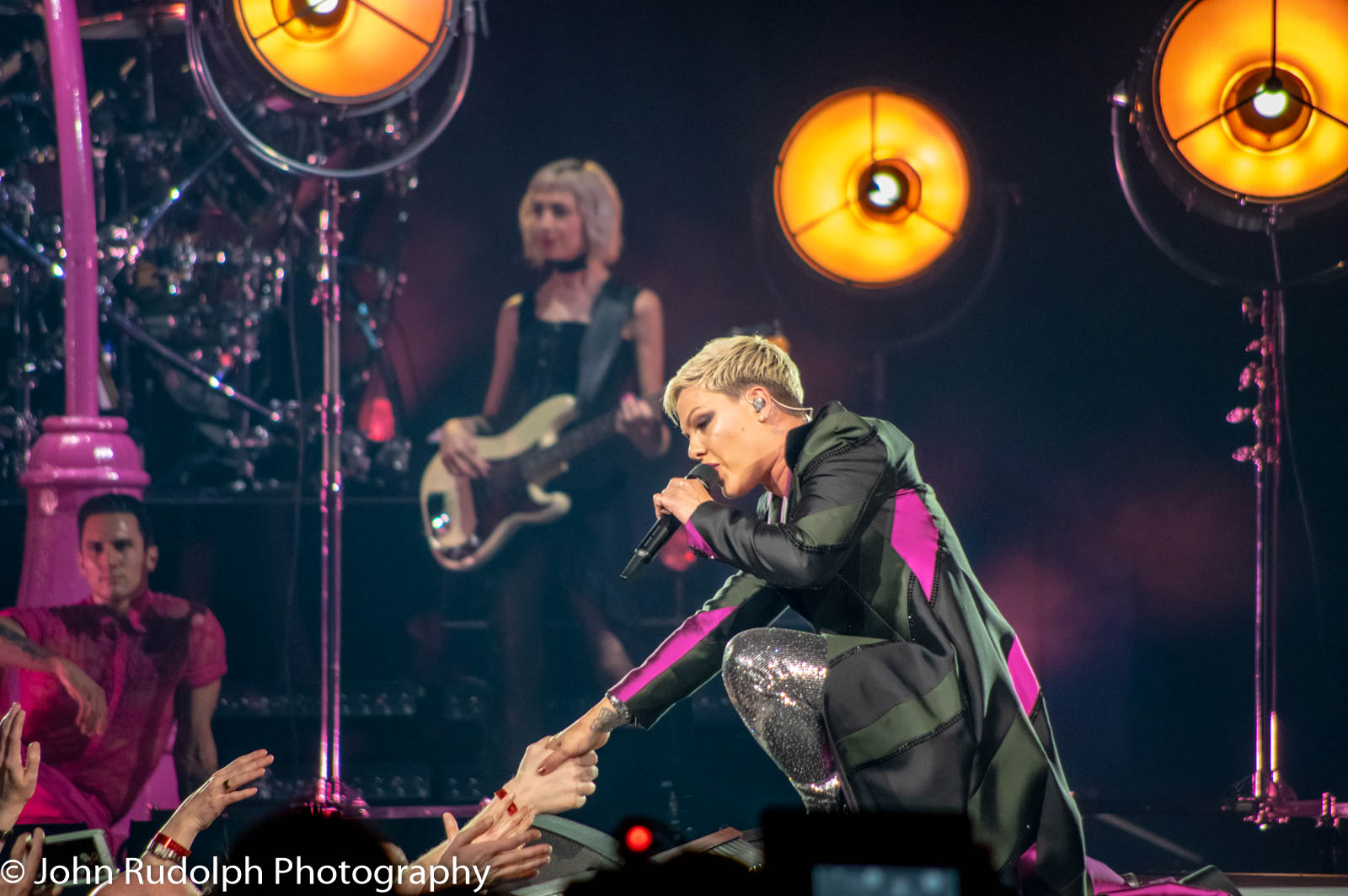 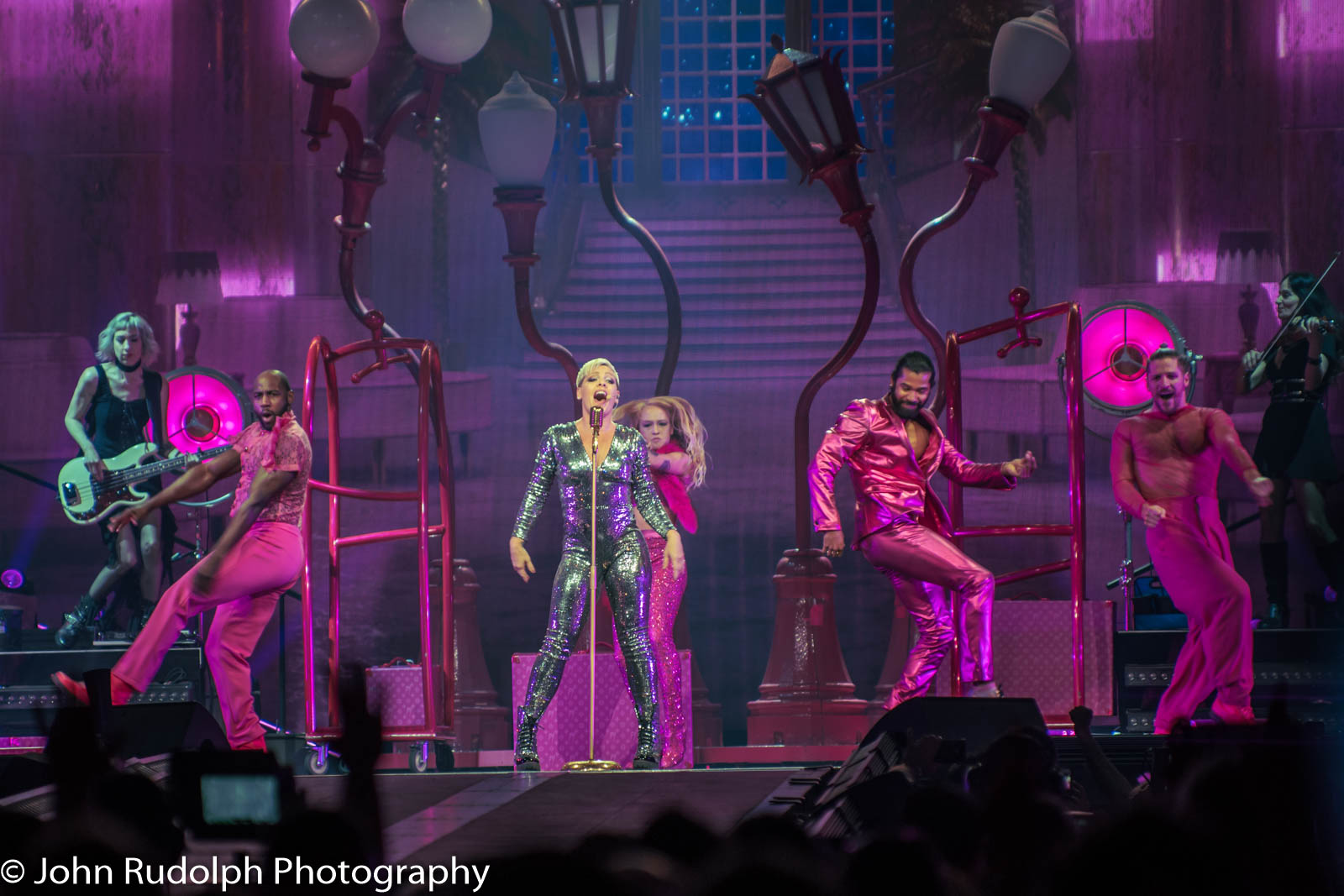 Feminism and women’s empowerment led the next set. Even as a man, I felt what she was saying. It made me feel great and not lectured to.

For me, the message of her show was: reject negativity, embrace positivity and accept people for their individuality. In this age of Charlottesville and other craziness, we need to be reminded from time to time that the world is a good place and that we all have a role to play.

Thank you P!nk for spending your Mother’s Day with us and for one of the best shows that I have ever seen. 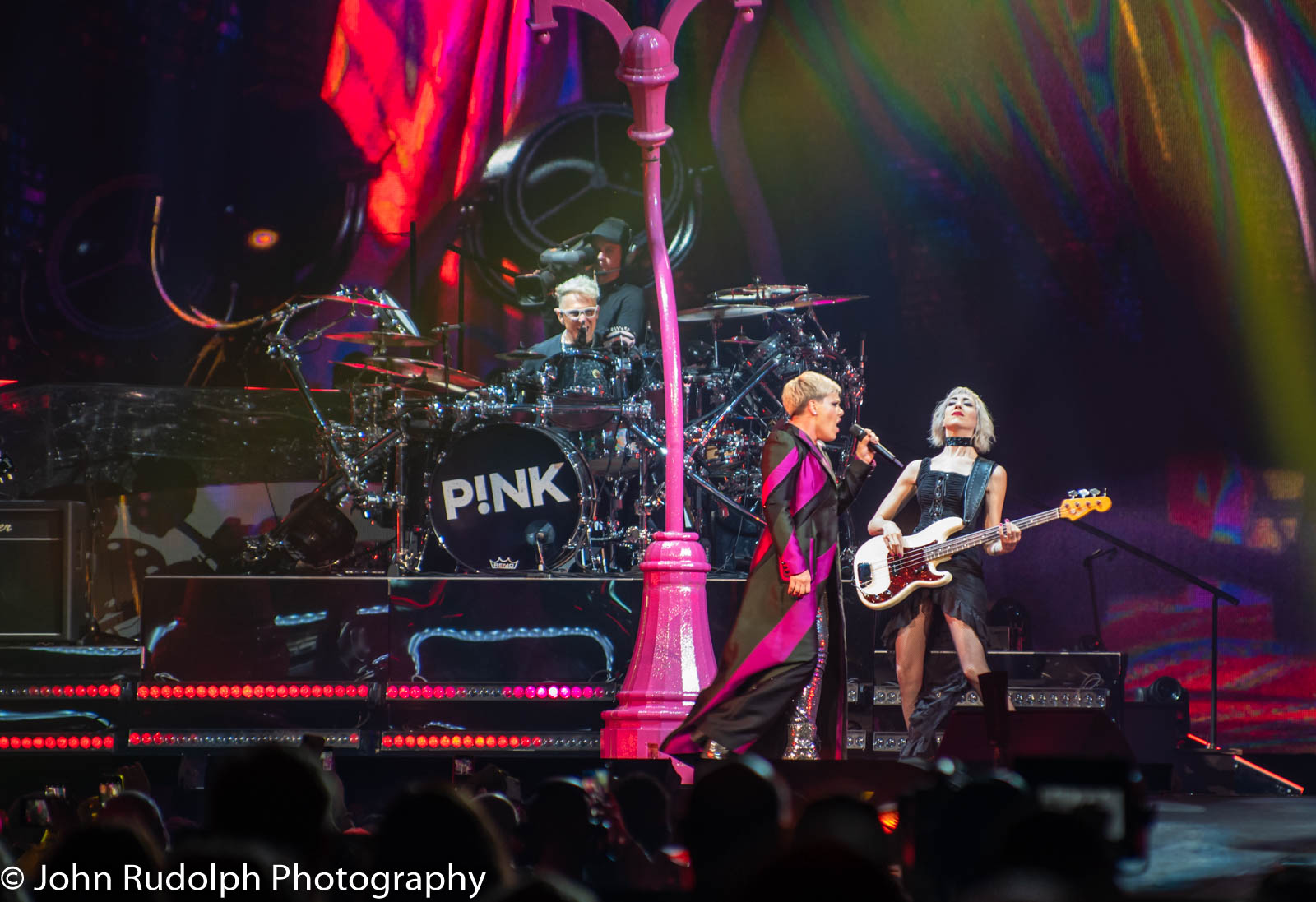 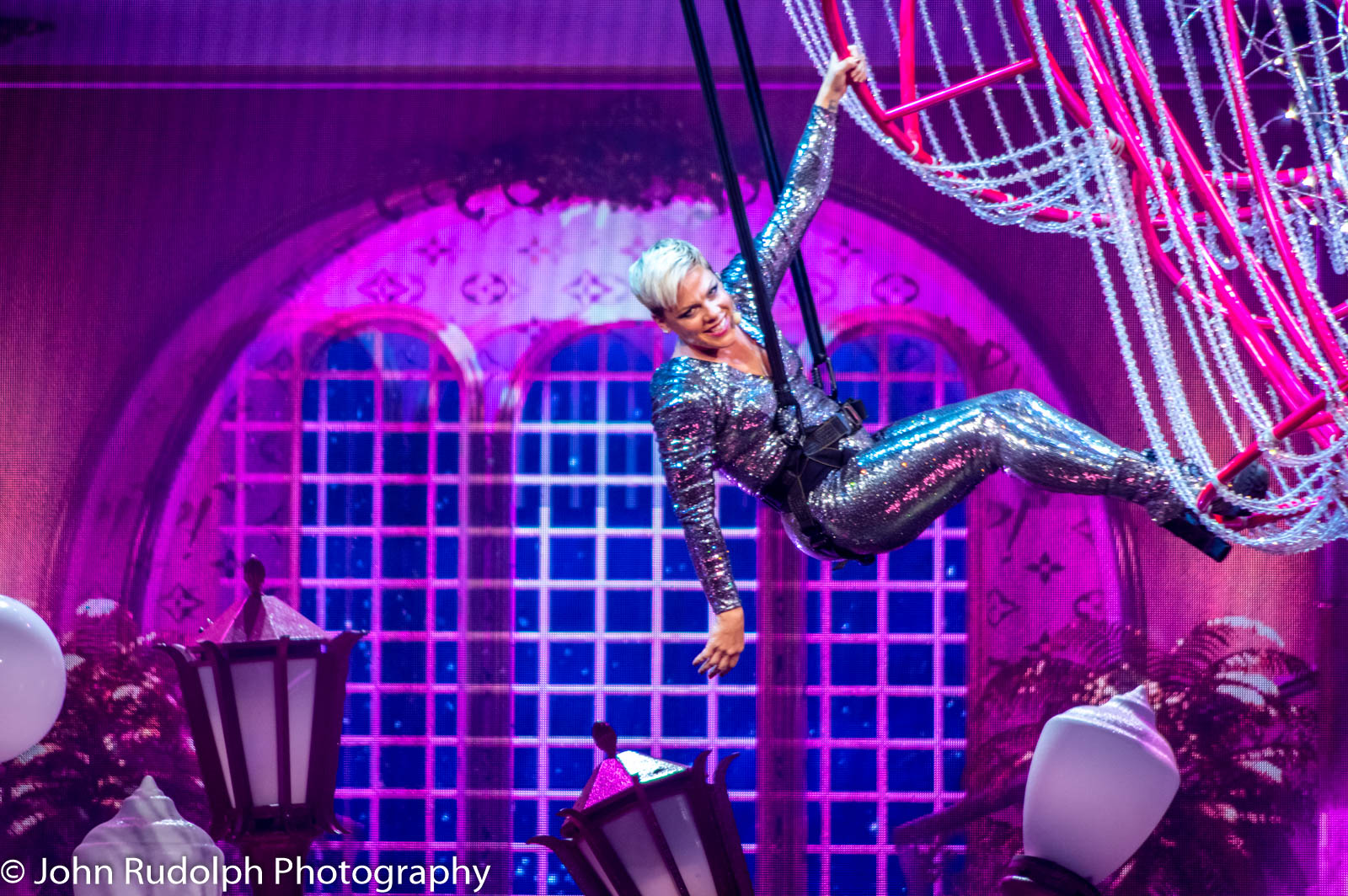 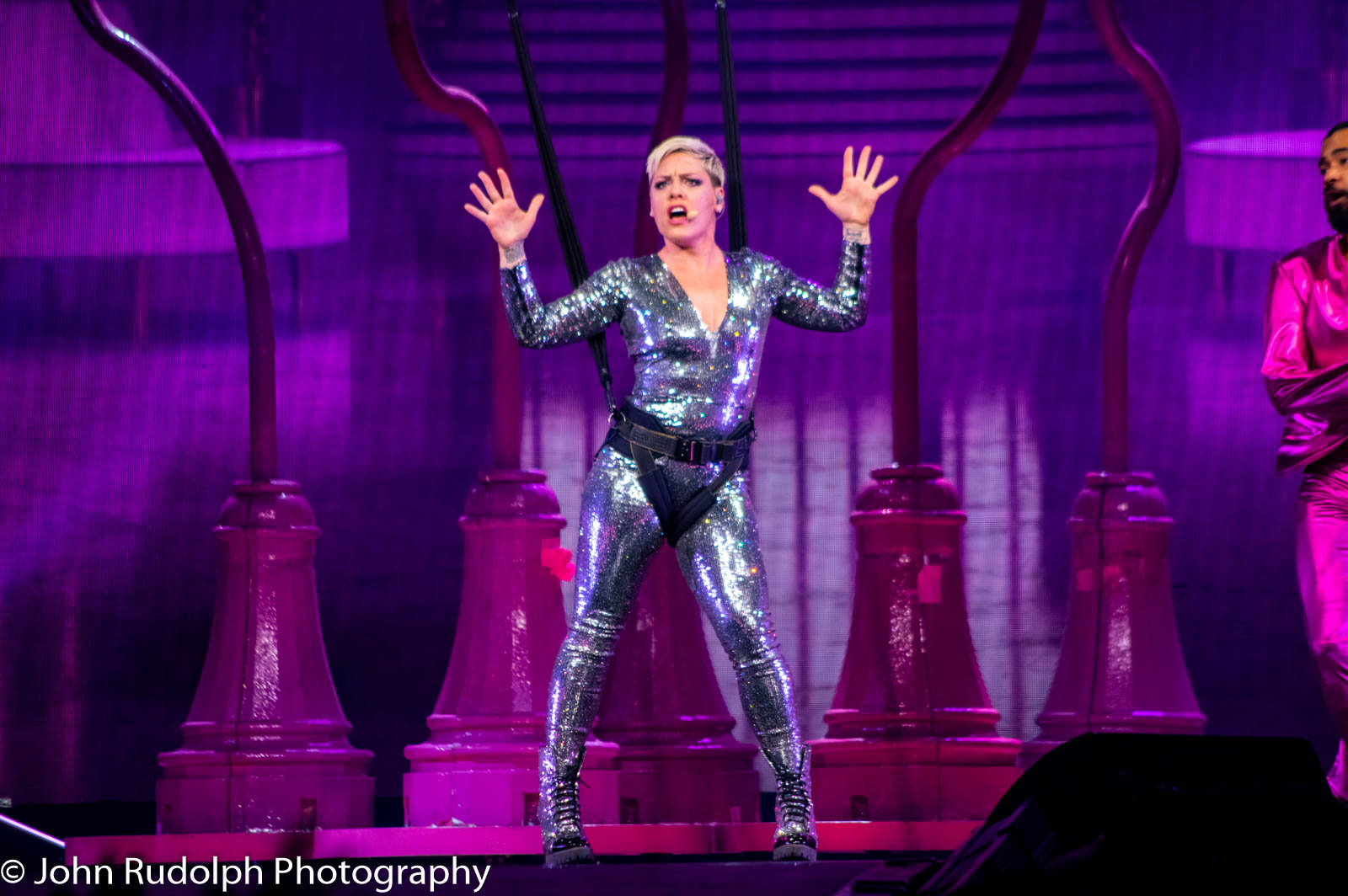 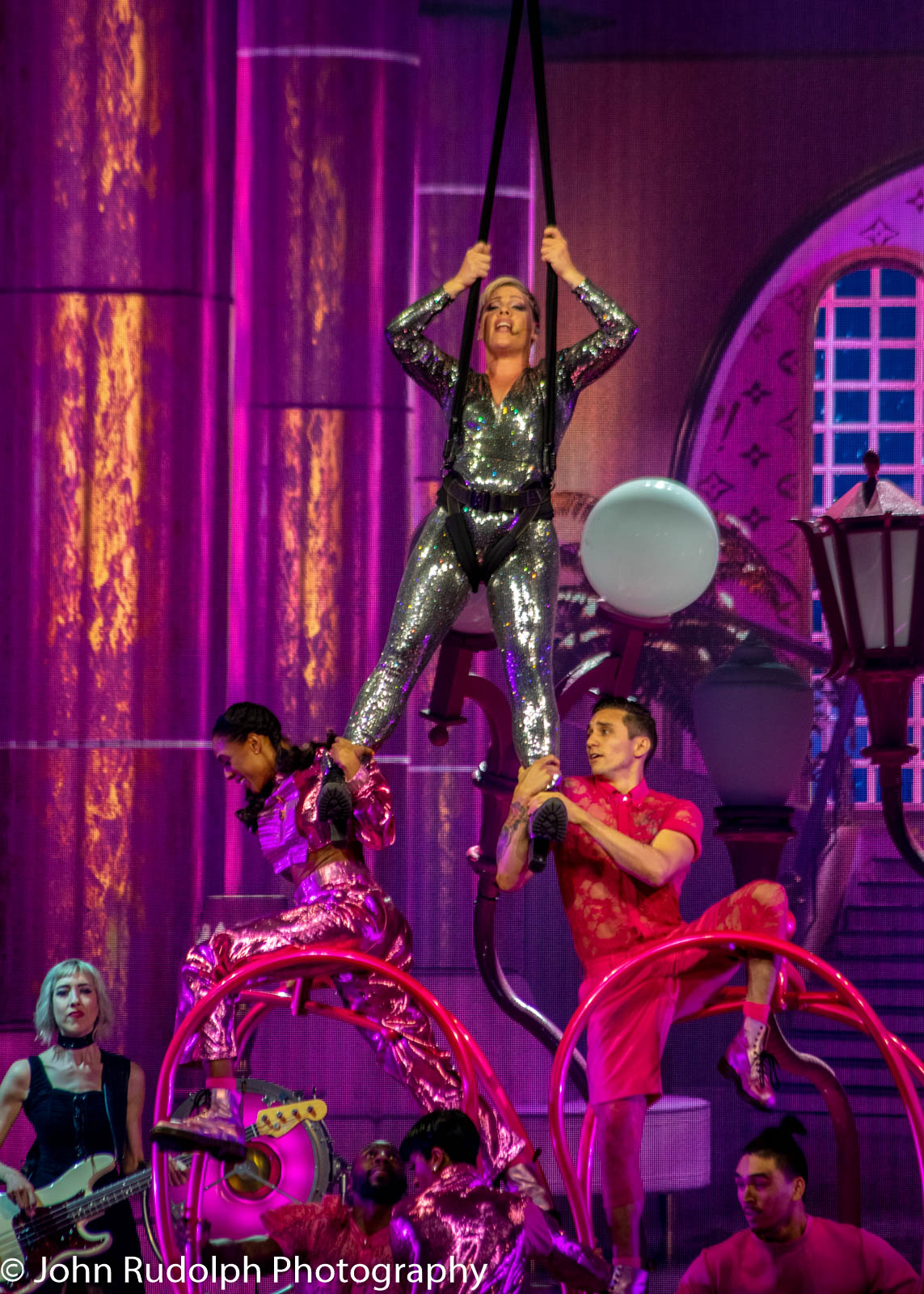 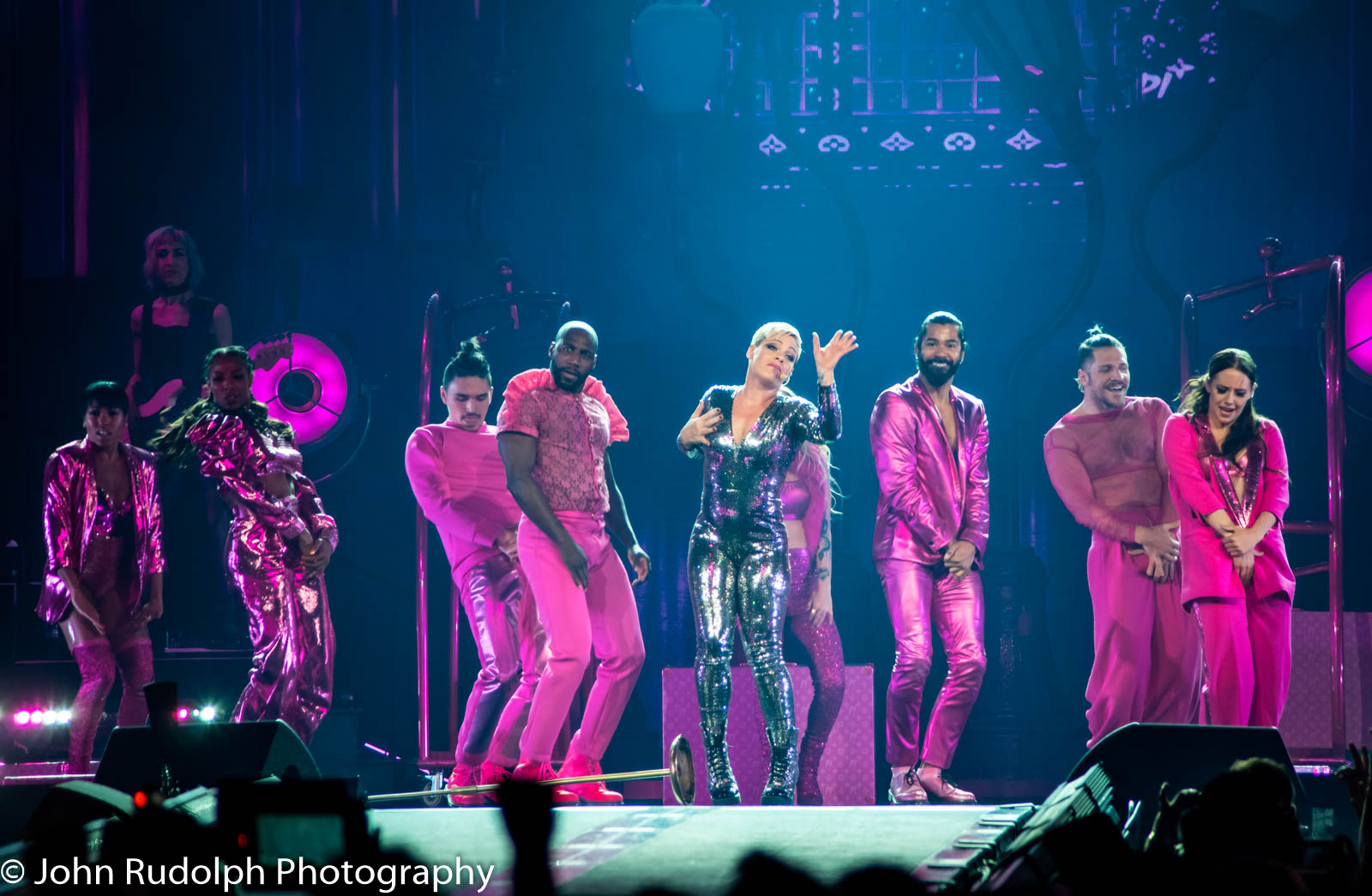 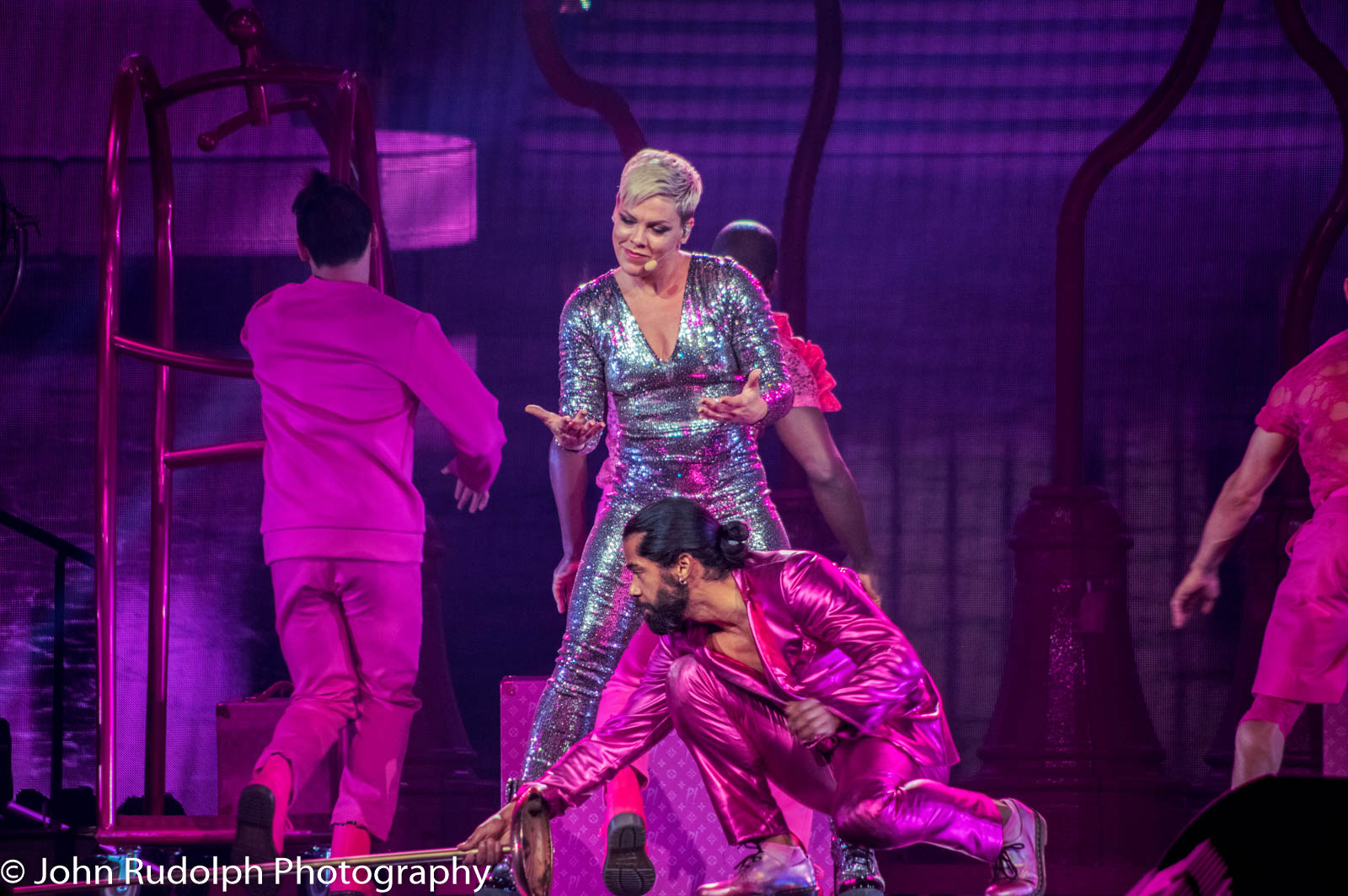 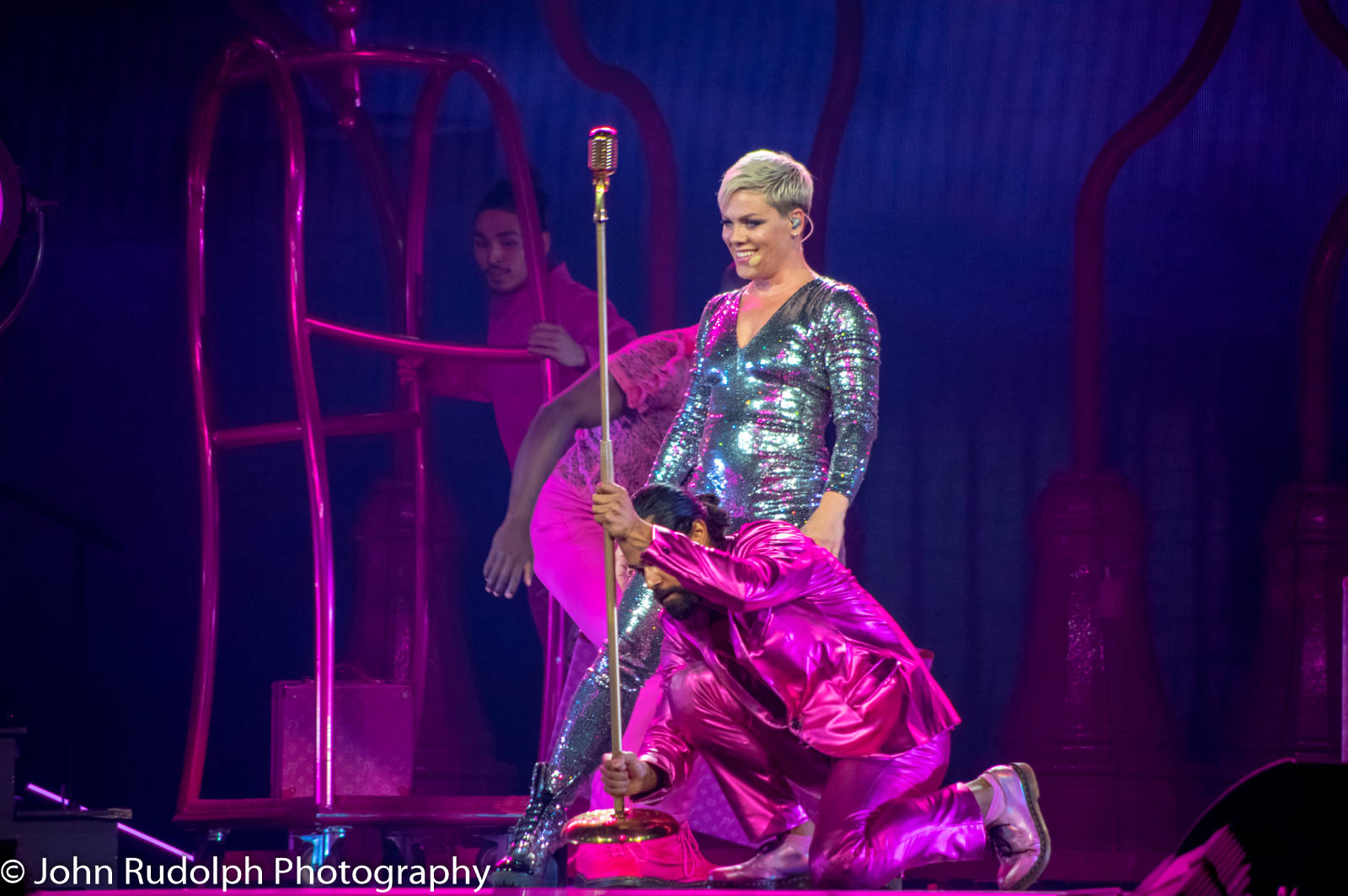 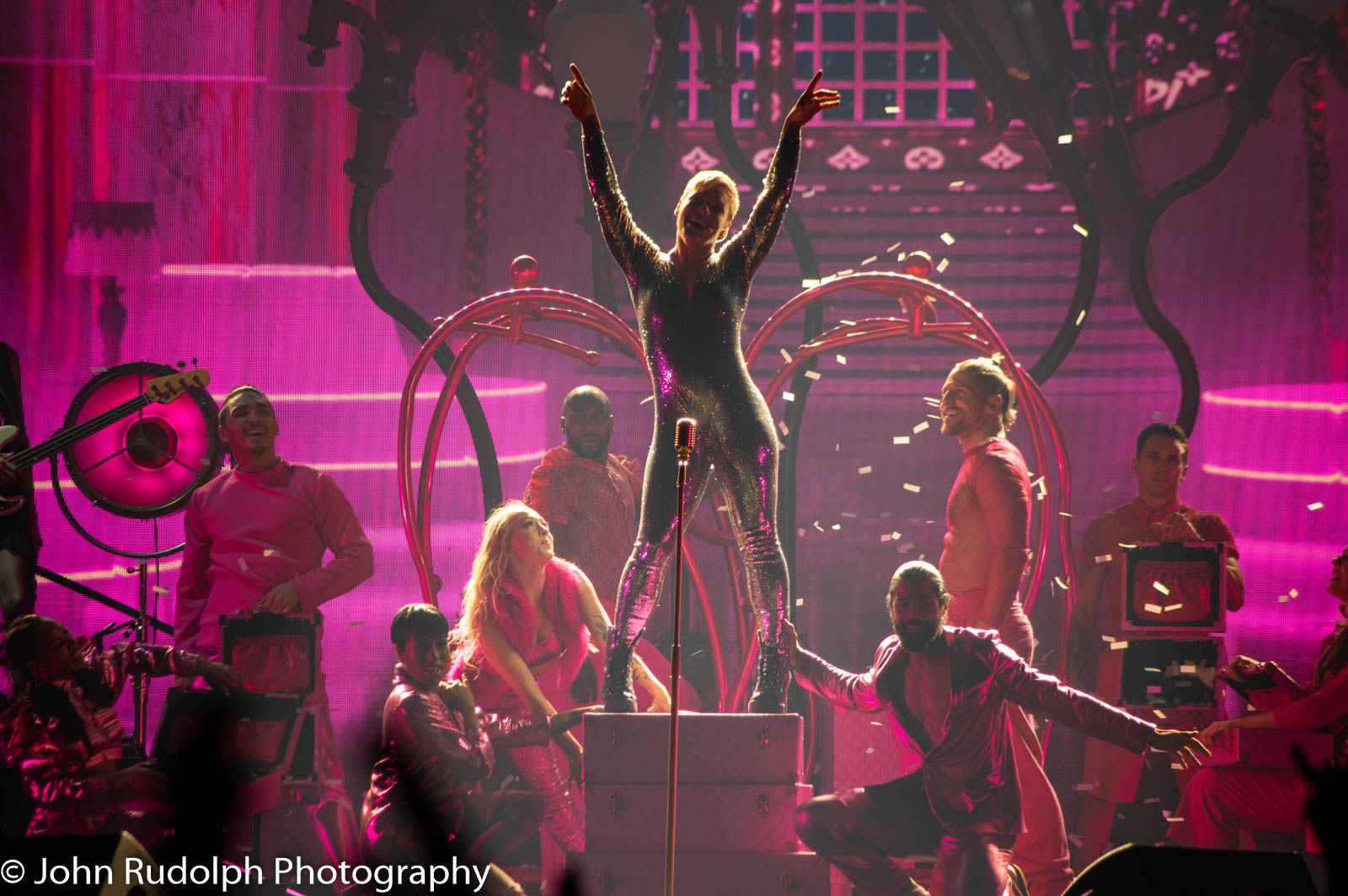 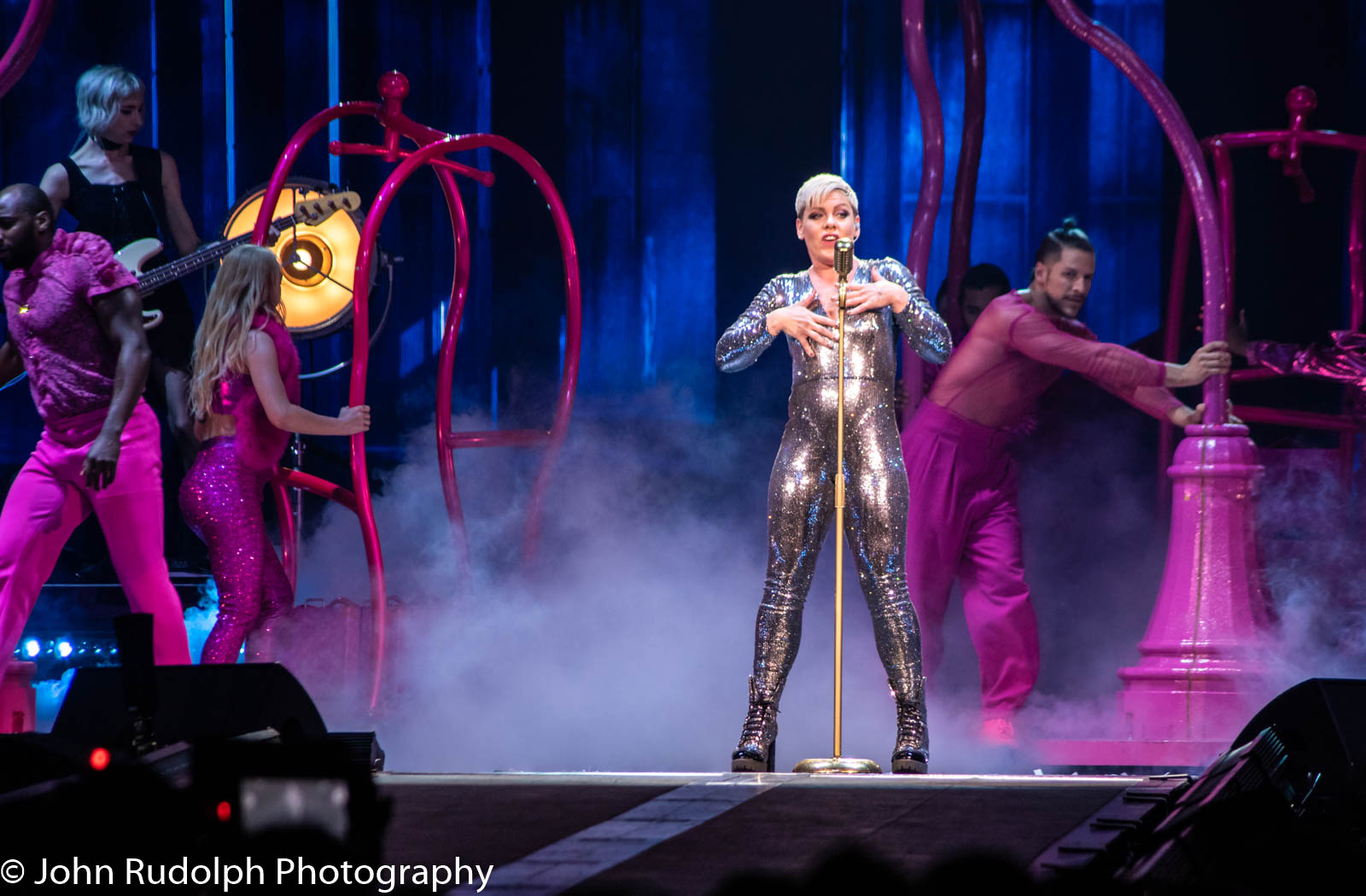 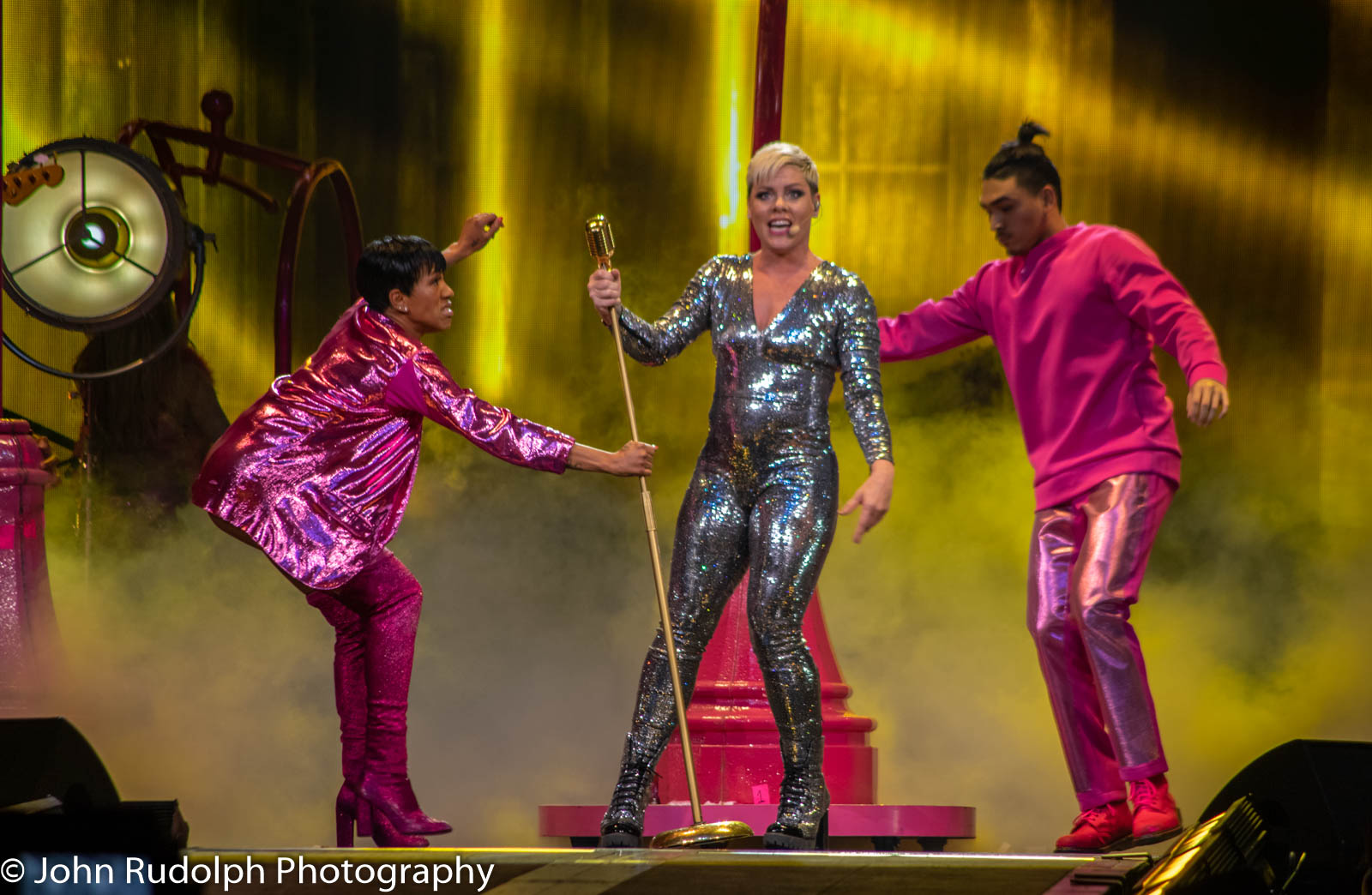