It’s a Wednesday evening, and HH and I have just been seated at Seattle’s Triple Door.  The venue is in the middle of downtown Seattle, and with its courteous staff, luxurious seating and glowing candles, feels almost like a spa resort compared to the usual amped-up, smacked-in-the-head, beer-spilt-on-shoes experience provided by most alt. music venues.  It’s nice to sit down, but the flipside, of course, is that even if your high school guitar hero happens to be playing, showing excessive excitement will be frowned upon – this is the place for a nice night out, not a hipster moshpit.  I couldn’t help feeling more than a little decadent when our waiter asked if we would like to order any drinks.  I settled on a mainstage, and HH opted for a mango daiquiri.  Brought to us by a waiter I refered to as Dave Grohl for the rest of the night, the daiquiri was the consistency and taste of slightly soft sorbet, while my cocktail was so potent it left my husband wincing from across the table.  Wuss.

It is not usual for an act to start on time, and even less so for there to be no support act.  Despite the lack of filler, it was still an unbearable wait, so HH and I played “Fran’s Outfit Bingo” to pass the time after answering the question “I wonder if I can get wireless internet in here?”.  He puts his money on converse, and “a stupid hat”, while I’m willing to bet on a vest, stripey shirt, blazer, turnup jeans, and that he’ll shamelessly plug his mailing list.  We didn’t do very well, but all was forgotten in the excitement of Fran emerging on stage – I’d been a Travis fan since my teens, but had never managed to see them live until last year. 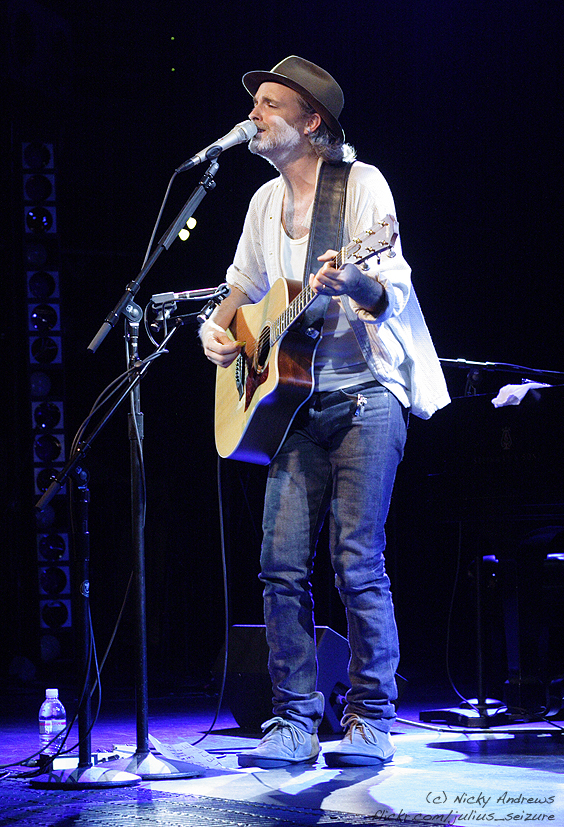 The sad sack of britpop’s tail-end delivers two hours of witty banter, chronicling the rise of the band from art-school obscurity to TOTP regulars.  Despite the reputation, Healy had the audience in hysterics for most of the evening, with his self-depricating wit making him completely relatable. Scottish band Travis played Showbox at the Market last year, but tonight sees Healy on the US leg of his first solo tour, with a deadpan “let’s keep this just between us” in reference to his absent band members. 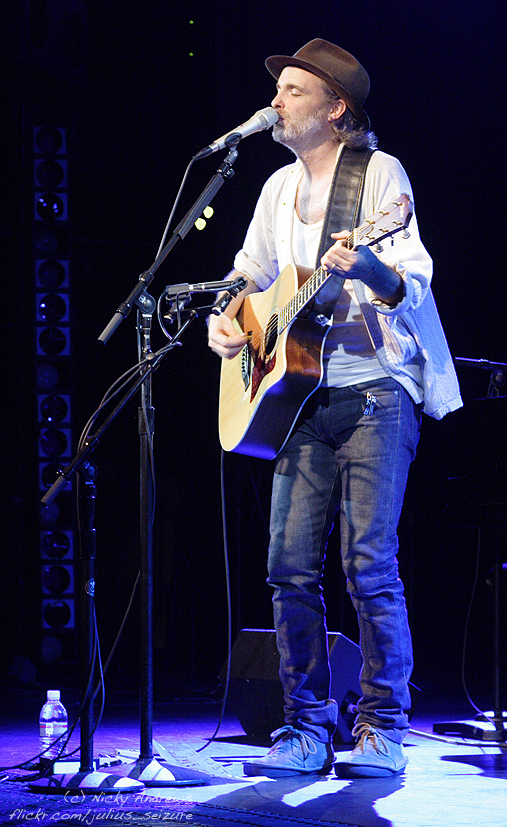 The setlist spanned over two hours and covered material from the entire six-album Travis discography, as well as some choice offerings from Healy’s upcoming solo album, Wreckorder.  Healy collaborated with a number of musicians for the release, including Andy Dunlop, Neko Case, and Paul McCartney.  Fran may have grown up since his first record, but still has his moments of hero worship like the rest of us, with more stories to tell that will surely become the stuff of legend.  After asking McCartney to play bass on ‘Fly in the Ointment’, he convinced his family to become vegetarians in favour of a material thank-you gift, saying “He’s probably still opening stuff from the 60s”.  McCartney’s response?  “He was stunned…like thinking ‘this guy’s mental!'”.  A few days later, Healy opened a FedEx package to discover three Linda McCartney cookbooks, topped with a post-it note reading “Hope this is enough to get you started – Love, Paul” – which now takes pride of place on the family’s fridge door – not bad for a guy whose first band was called Glass Onion. 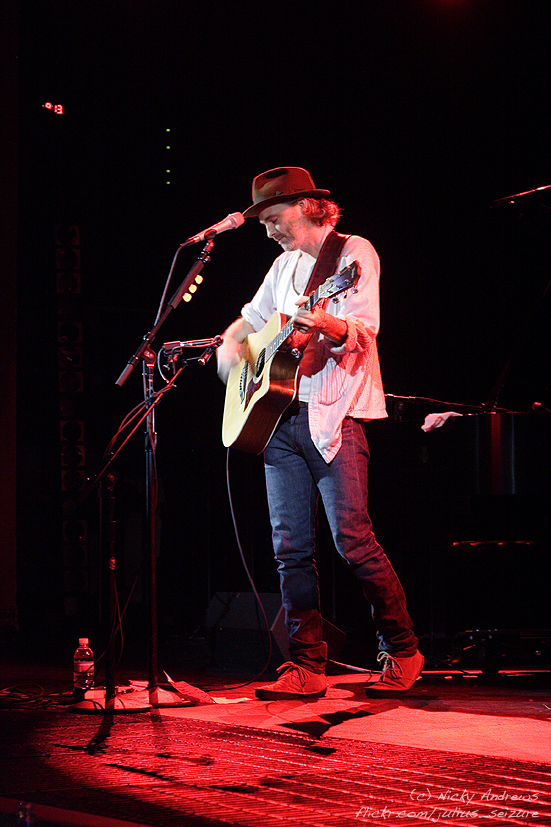 Gone were the amps and electric guitars that were prominent in Healy’s last show here – instead the audience was treated to an acoustic set with just Healy’s guitar and a piano (“Forgive my banana fingers”), in some cases forgoing even the microphone.  The new material is promising, with ‘Sing Me To Sleep’ (feat. Neko Case) proving lovely to listen to, despite Healy’s claims that “you can’t tell the difference between the man and the lady”.  Another favourite is ‘Rocking Chair’, a ballad of dementia inspired by British newsreader John Suchet dealing with his wife Bonnie’s slide into Alzheimer’s disease.  Healy’s music still sounds full and heartfelt minus all the trappings, no matter what his wry disclaimer may be. 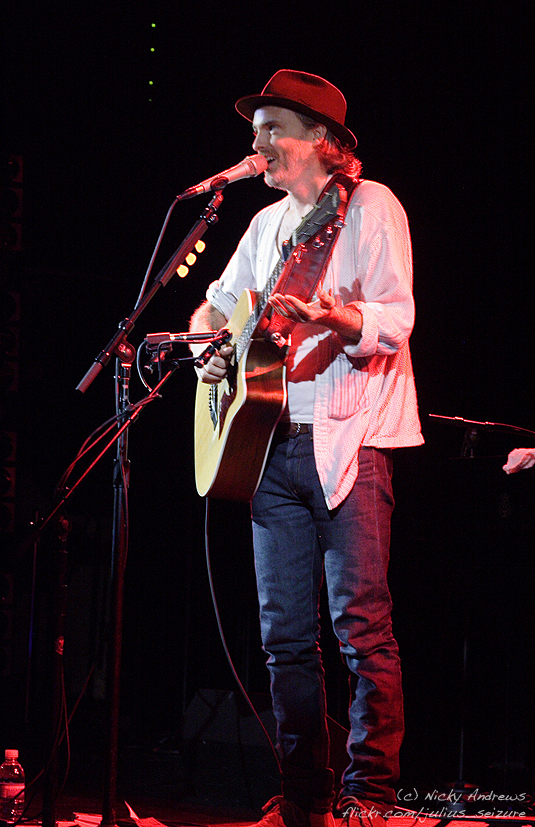 Setlist:
20
Writing To Reach You
More Than Us
Anything
Sing Me To Sleep
Side
My Eyes
Rocking Chair
In The Morning
As It Comes
Indefinitely
Buttercups

You can view more photos from the night here.  Wreckorder is released October 5th and can be pre-ordered here.