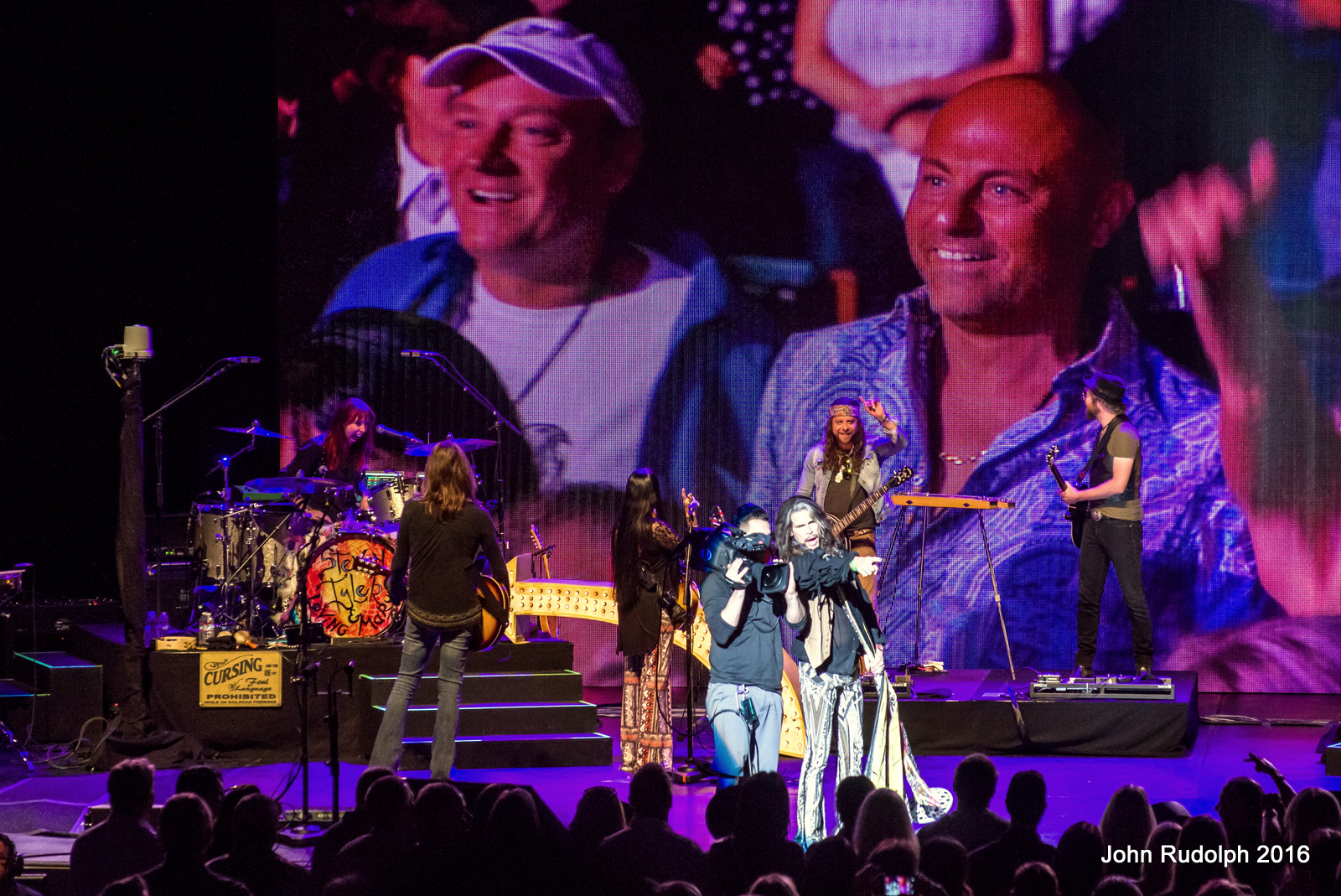 On his 19-city “Out On a Limb” tour, Steven Tyler is dipping his toe into the country music world. Tyler’s new song “Red, White, and You” has a country sound, however do country fans take him seriously? For this show at least, the audience ate it up while dancing enthusiastically and waving homemade American flags.

Tyler’s stage set had a very distinctive ‘70s theme with a somewhat psychedelic back screen. Yes, there was some country flair but it was mostly vintage Tyler. 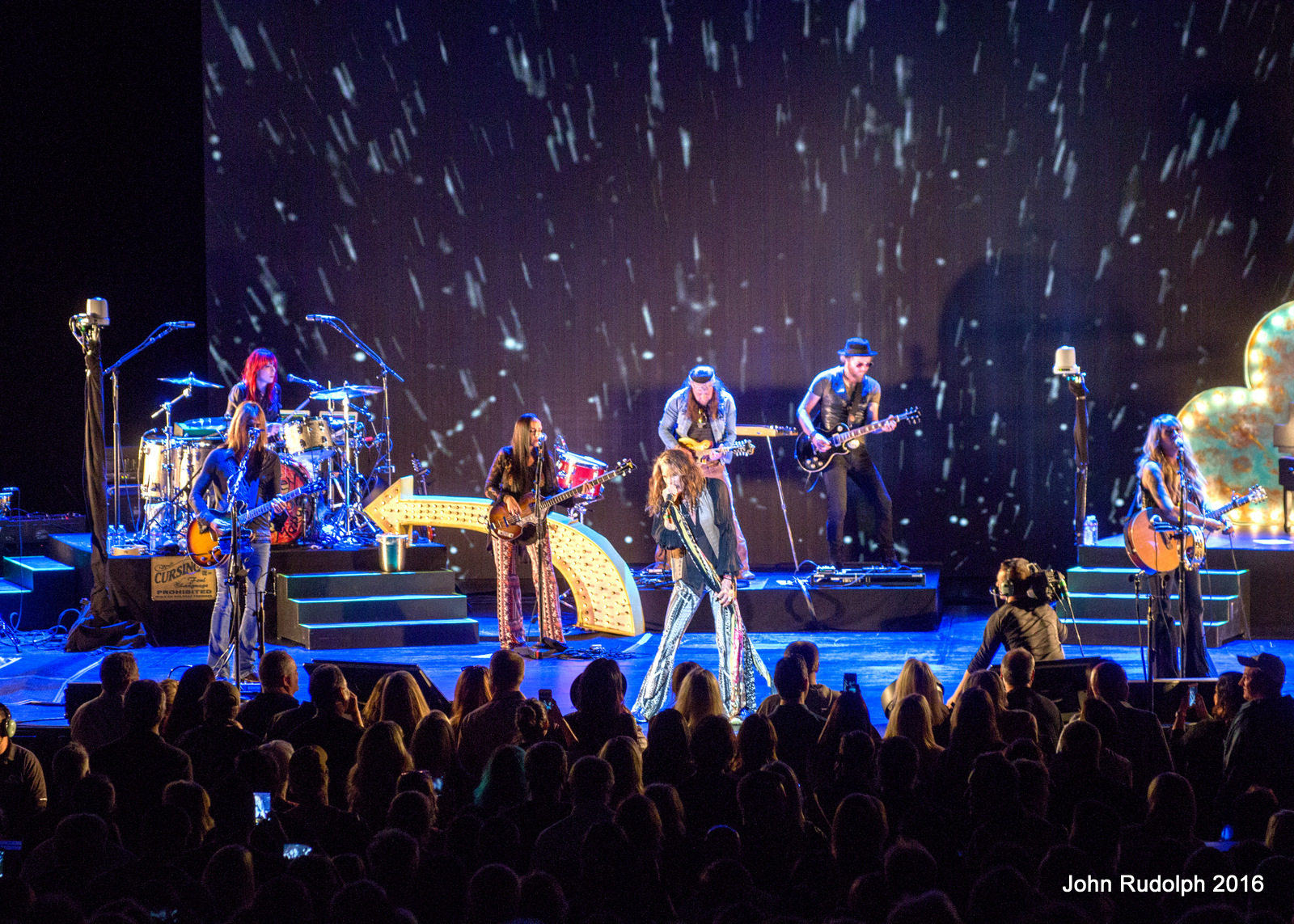 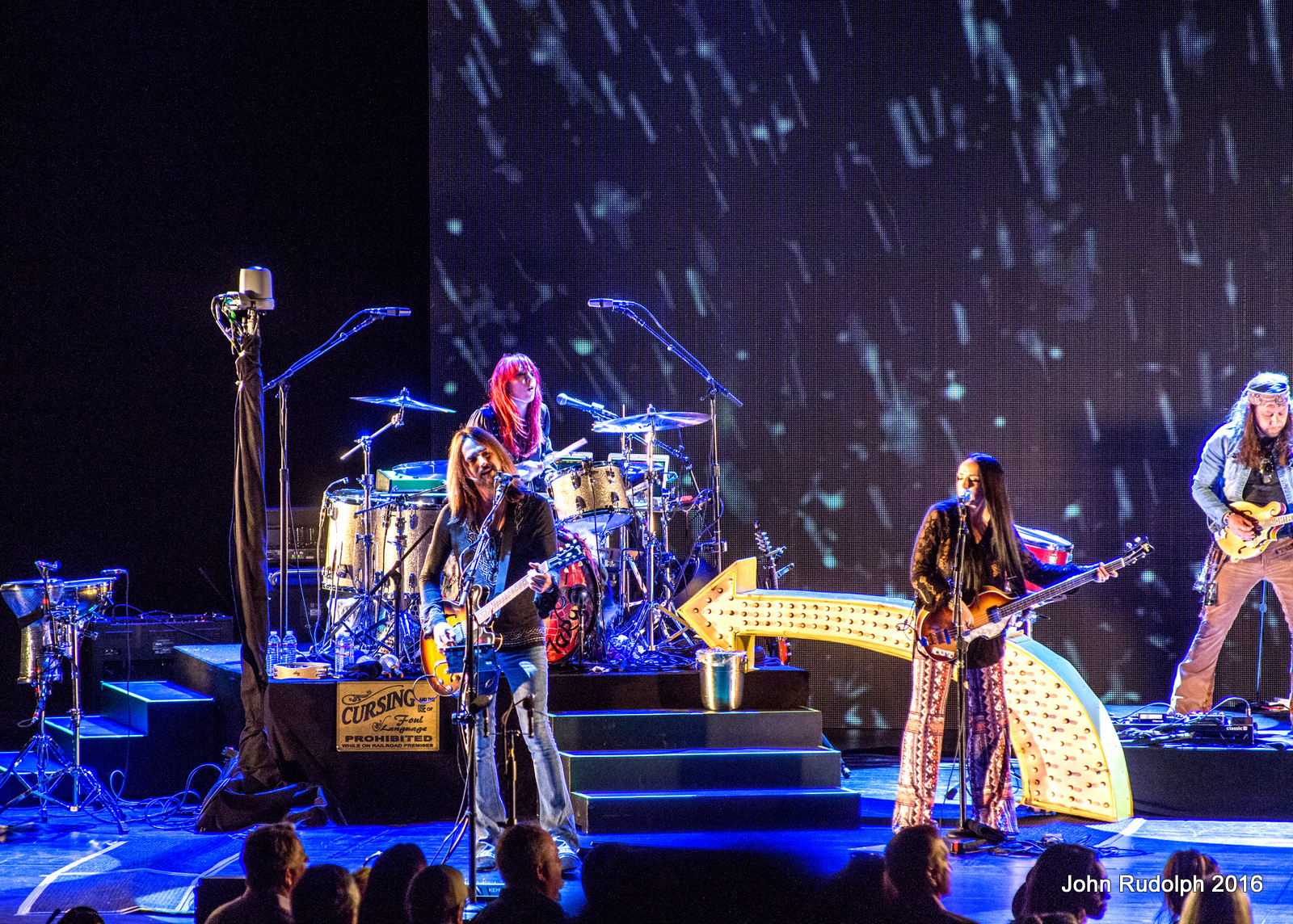 Working in Nashville with Jaren Johnston from the Cadillac Three, Steven Tyler produced his new album, We’re All Somebody from Somewhere. I have to admit, hearing the singer who brought the world “Toys in The Attic,” it took some getting used to. In saying that, this seems to be the path for many classic rockers to follow.

As the night progressed, we got a variety of songs from various influential artists. I liked Tyler’s mix of songs from the Beatles, Fleetwood Mac, and Erma Franklin (Franklin’s “Piece of My Heart” was sung famously by Janis Joplin). 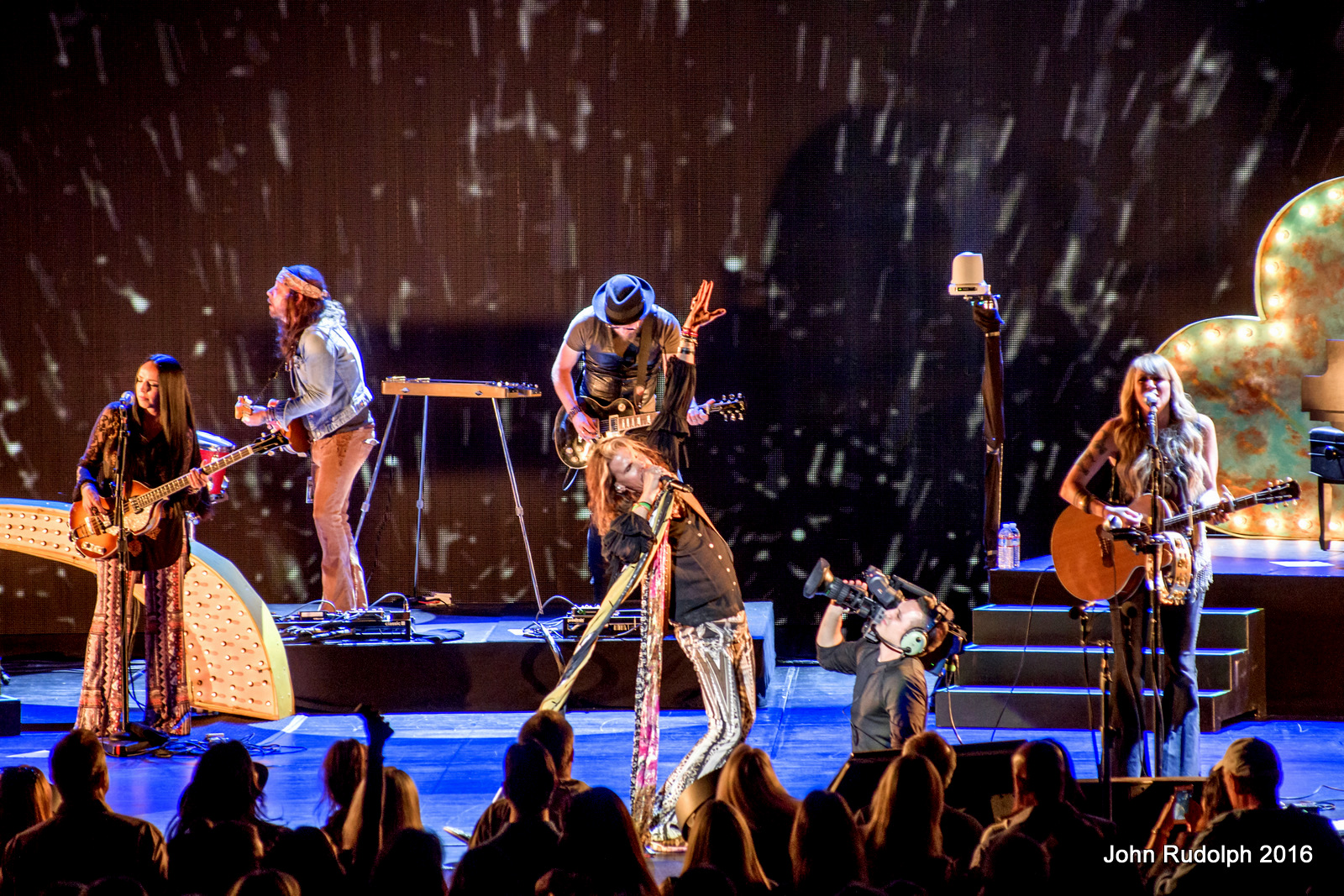 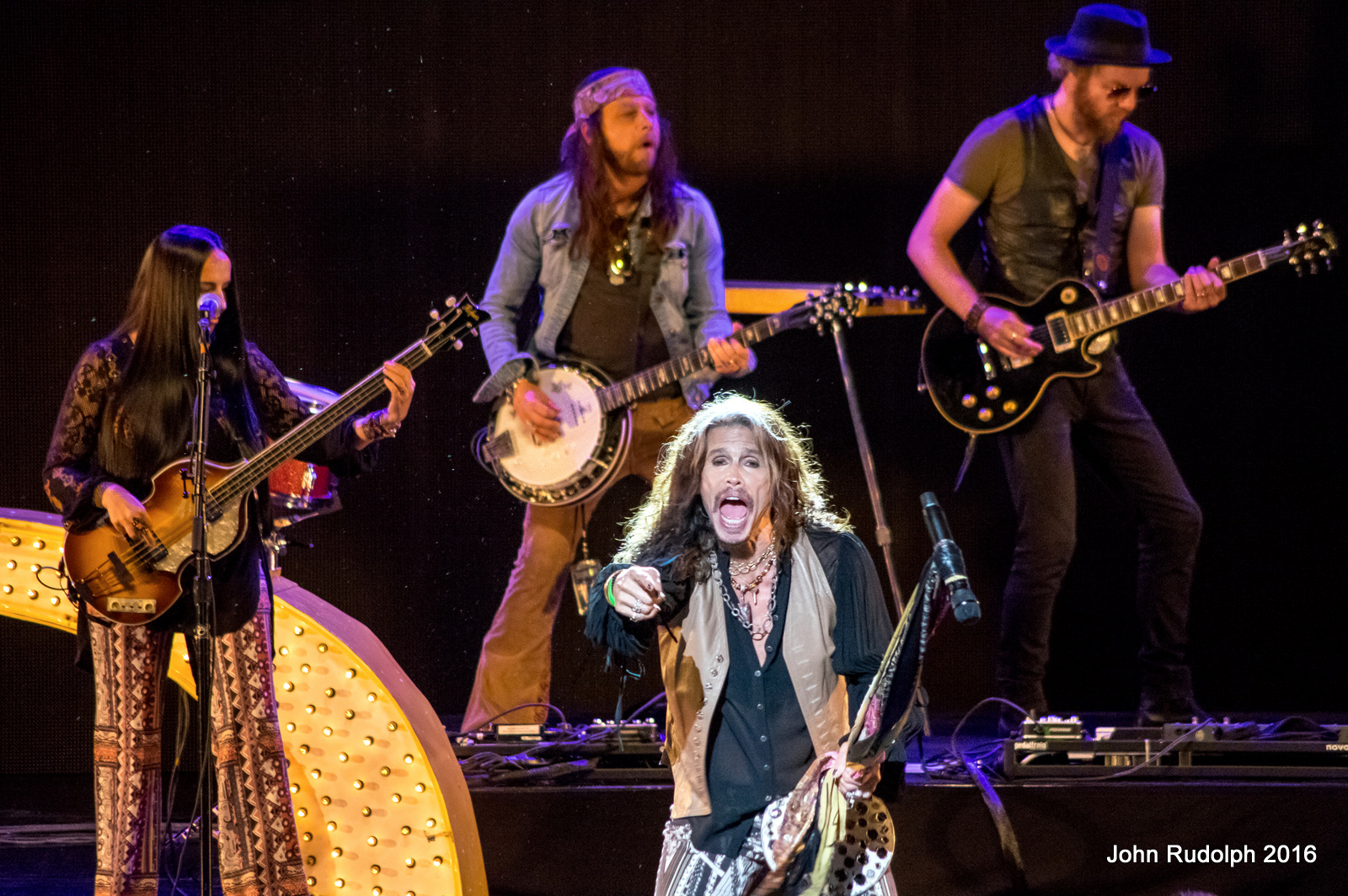 Steven Tyler peppered his older selections with his newer ones. His longtime fans seemed to be fine with his new journey. To accommodate his new sound, Tyler slowed the tempo of his older songs to match his new-found country flair.

An element of the show many classic musicians are doing now is reminiscing about the past. I find the storytelling-drive down memory lane interesting. We all have moments in time that influence our lives and Steven shared moments that helped start his 45-year musical career. One moment that seemed particularly poignant was when he talked about hearing “Rattlesnake Shake” by Fleetwood Mac. It became the catalyst for the foundation of Aerosmith. Tyler said, “Without that song Aerosmith would not have been founded.” 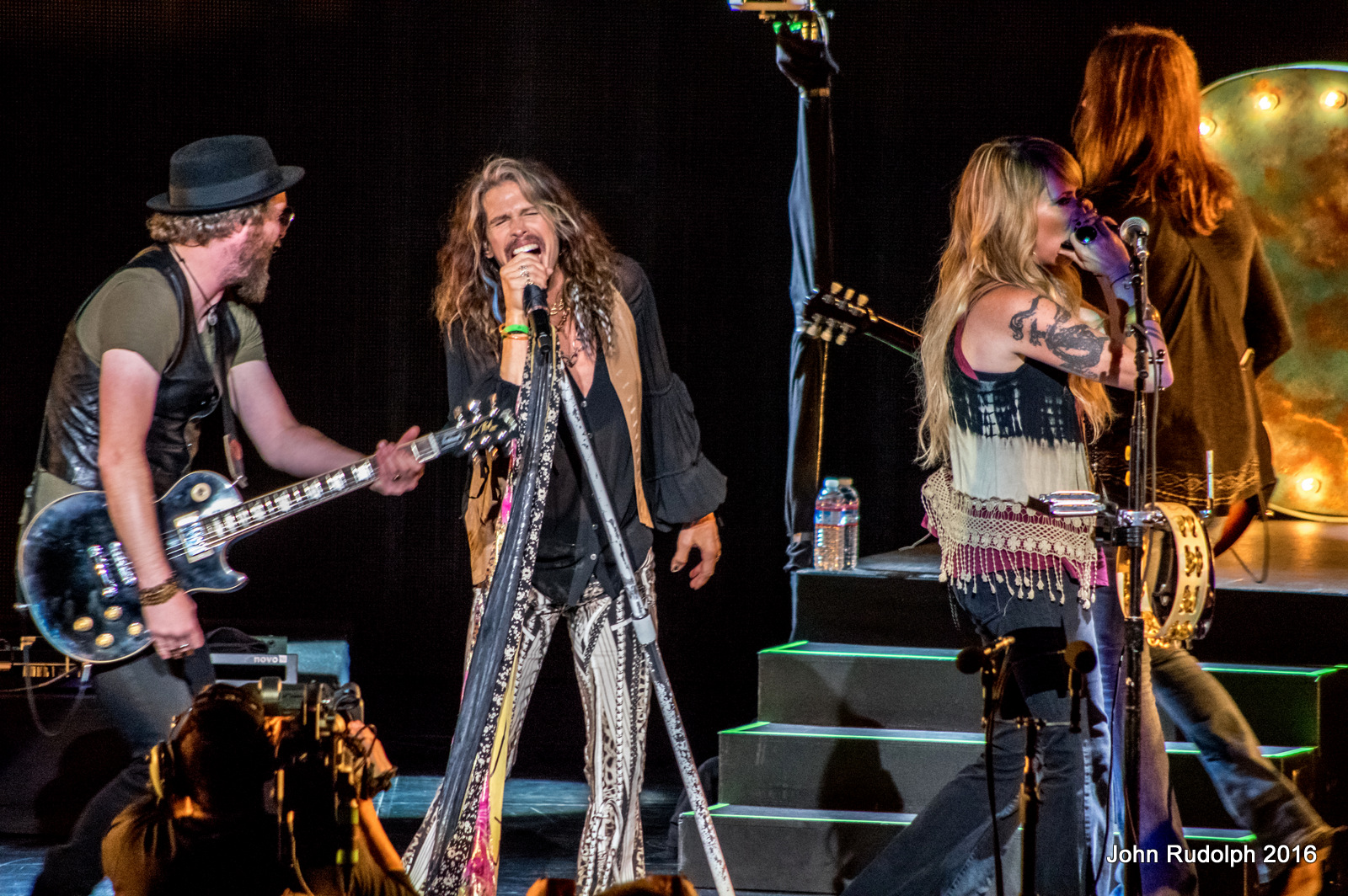 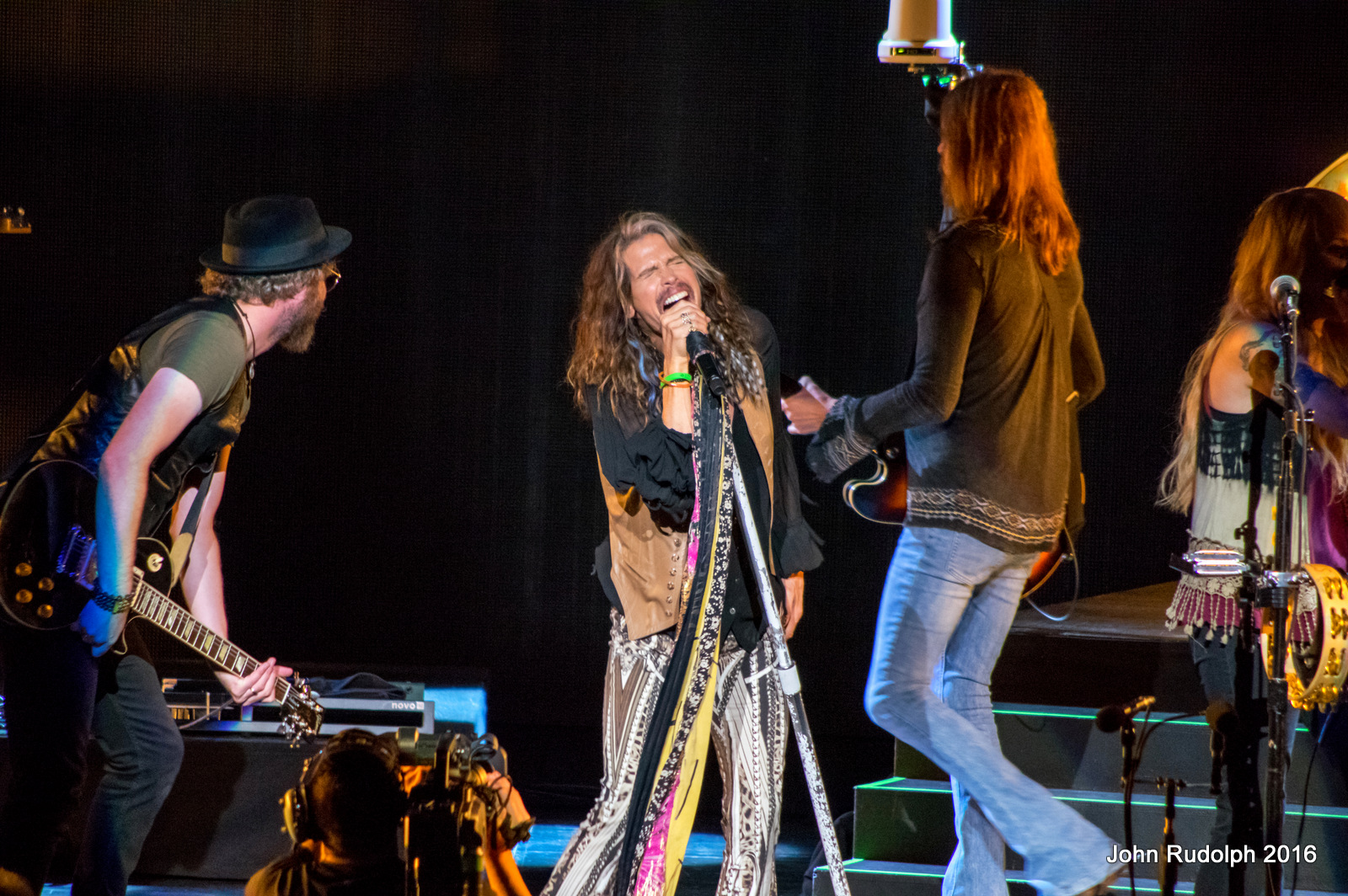 So is Tyler a country singer? As a longtime fan of Aerosmith, hearing “y’all” fall from his lips was unexpected. Time will tell if country fans believe his sincerity. At the end of the day, music is about art and stretching one’s boundaries, and it will be interesting to see where Tyler’s new path takes him. 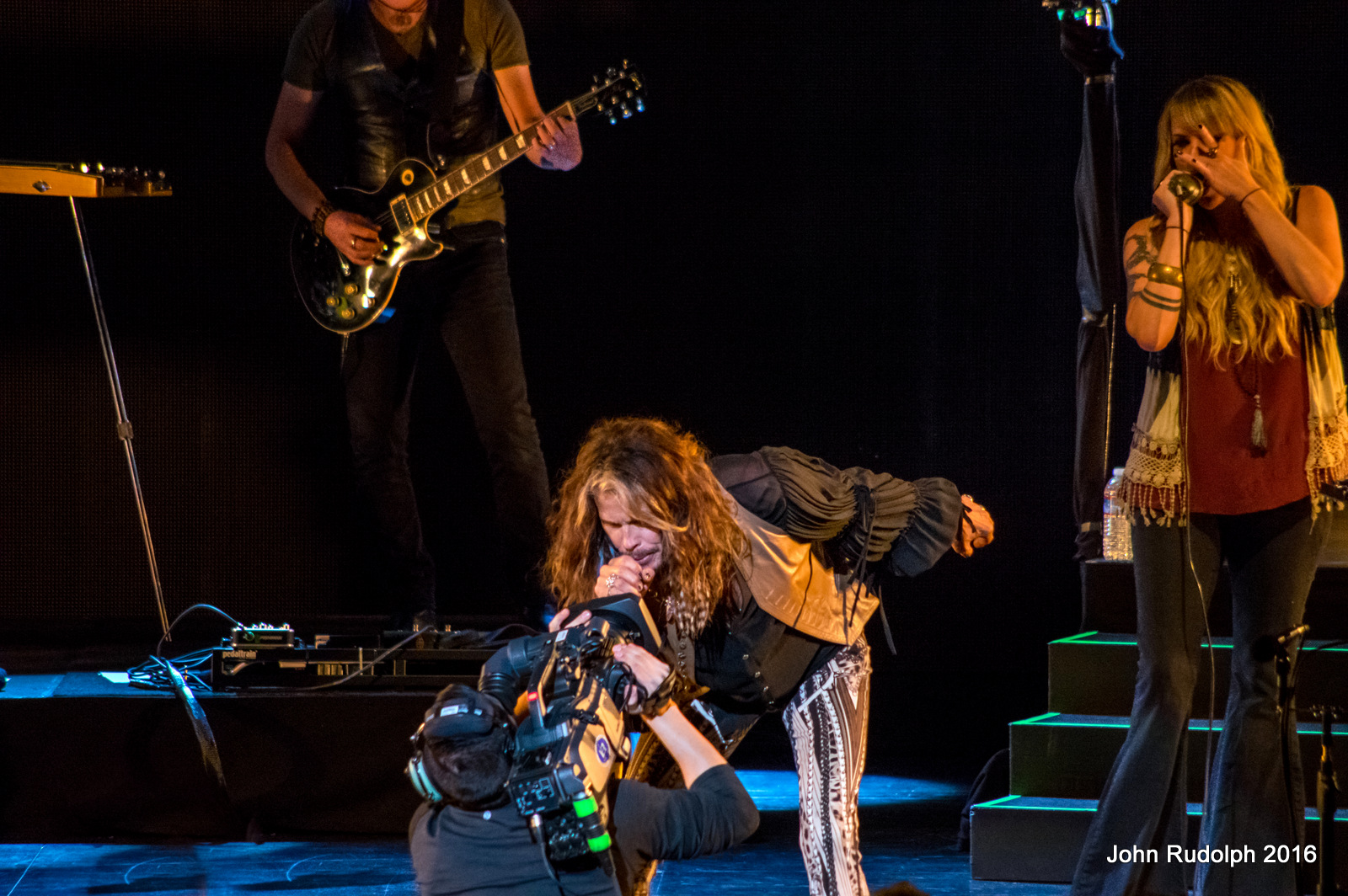 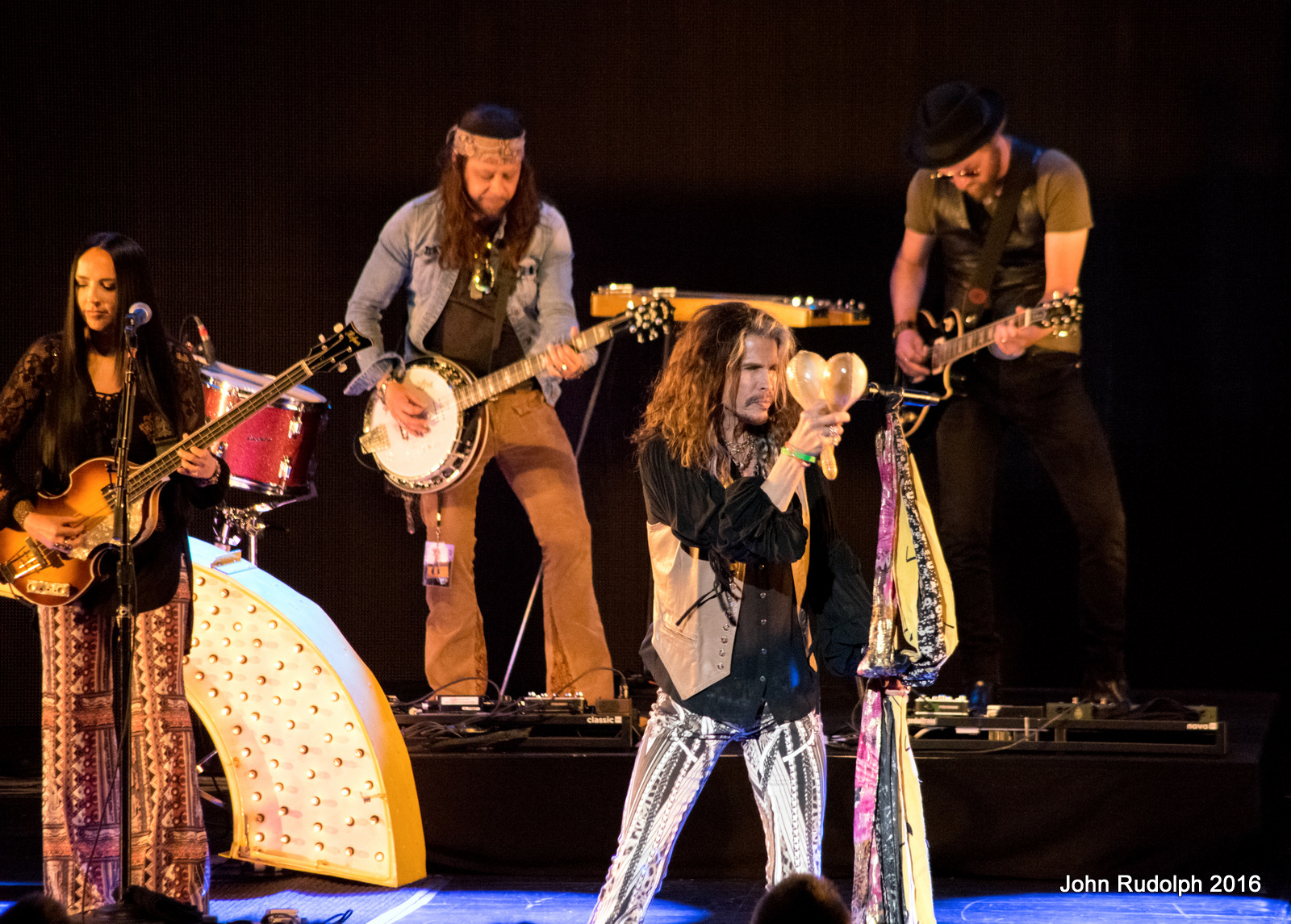 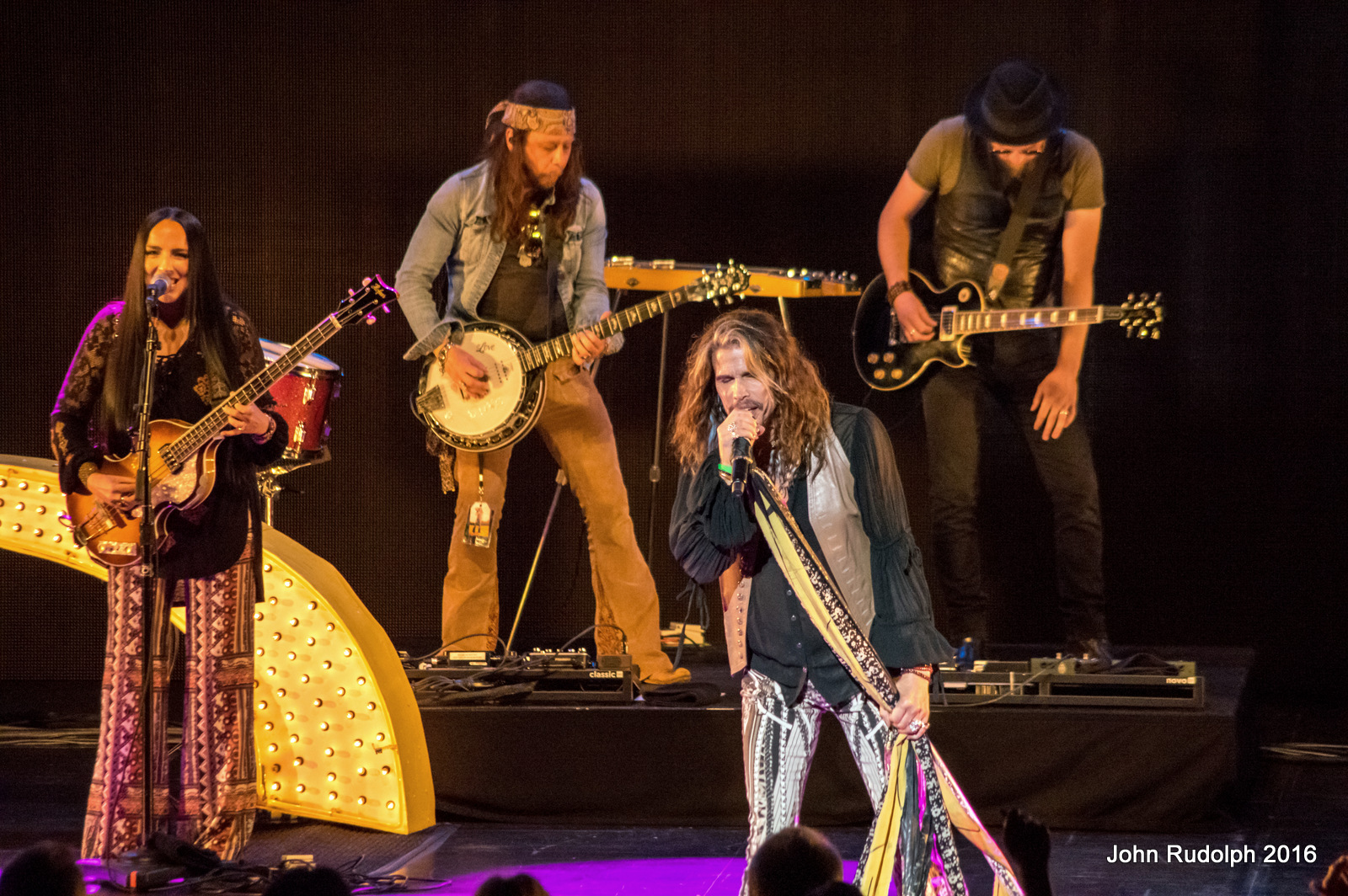 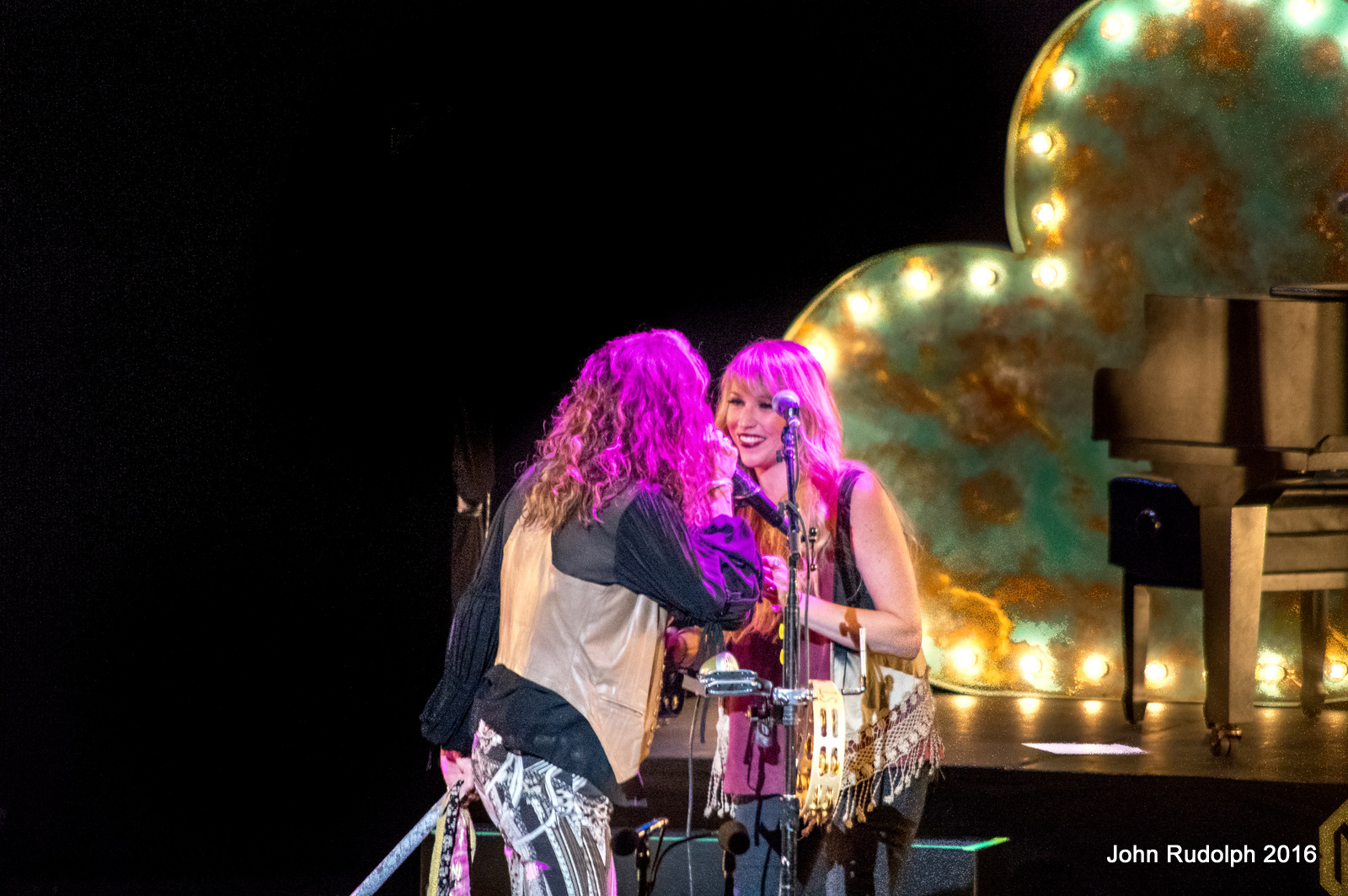 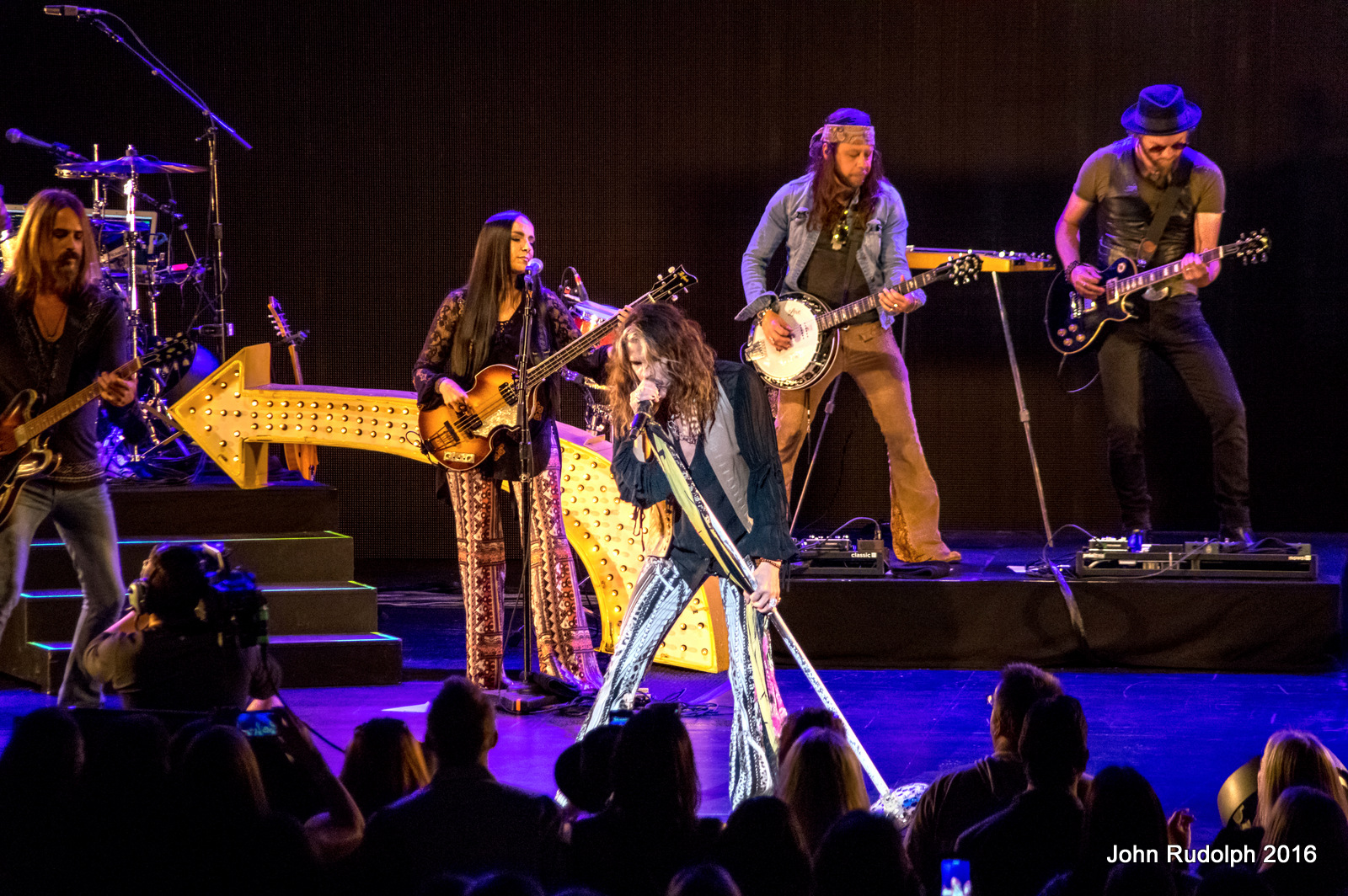 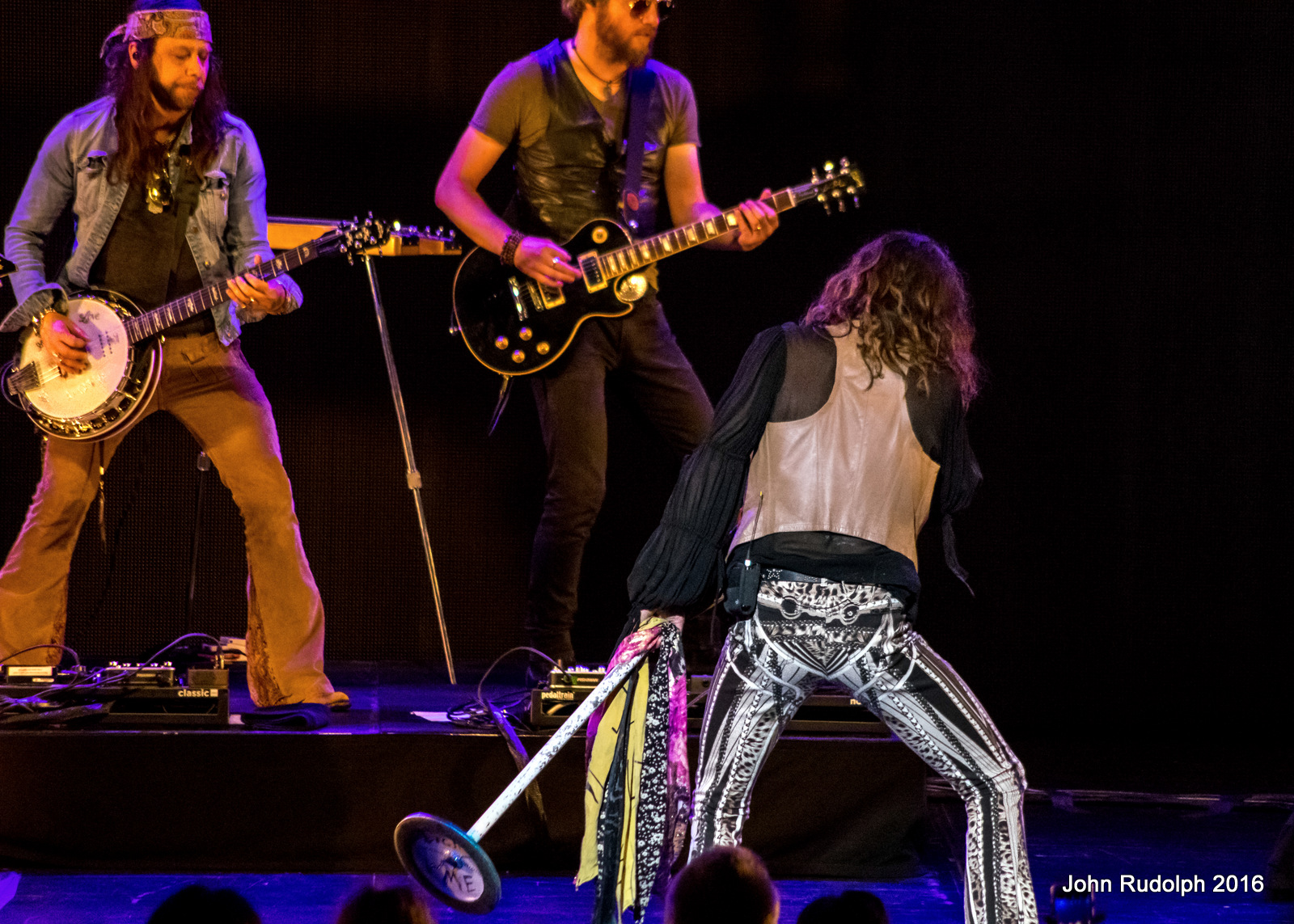 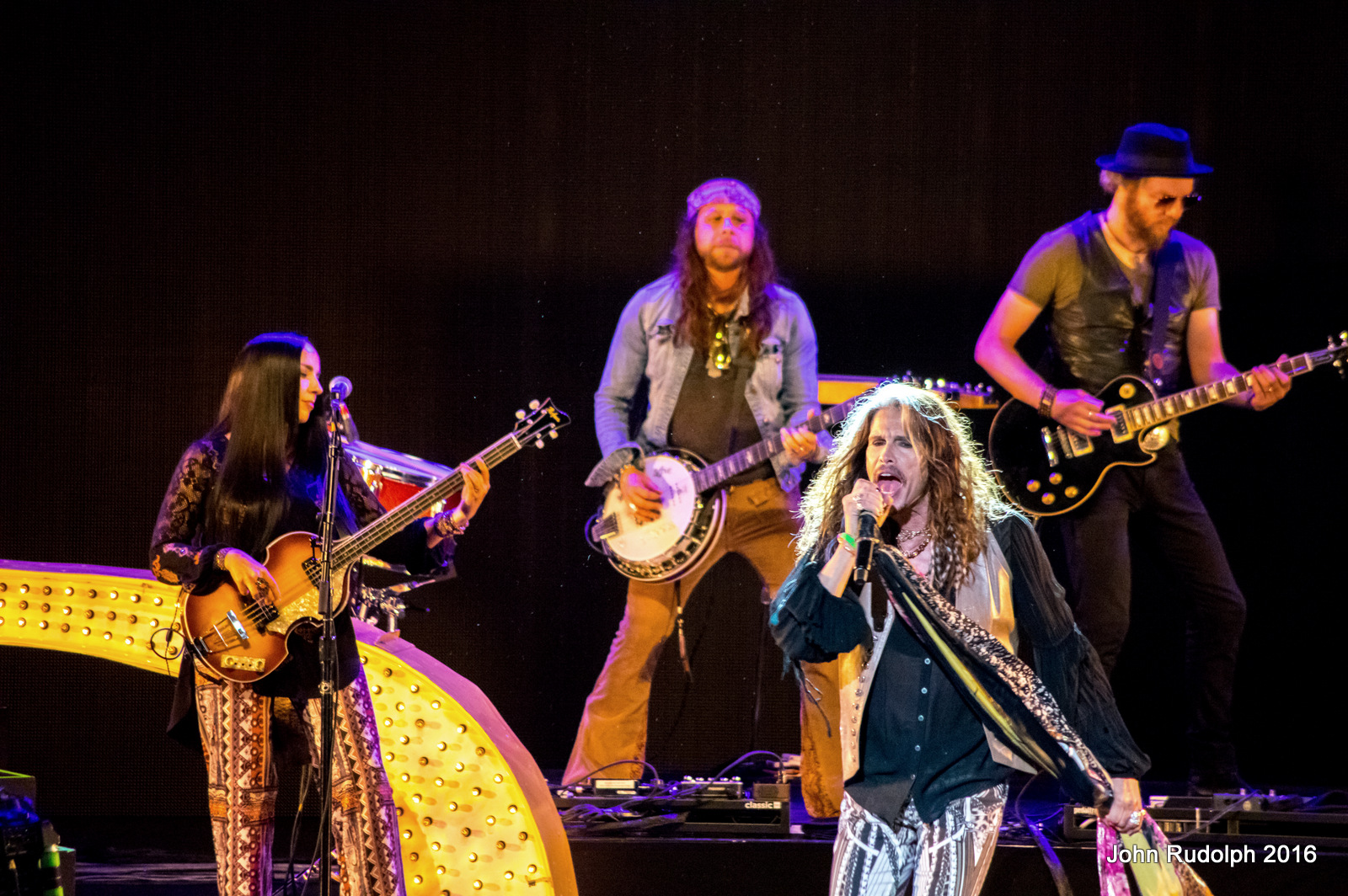 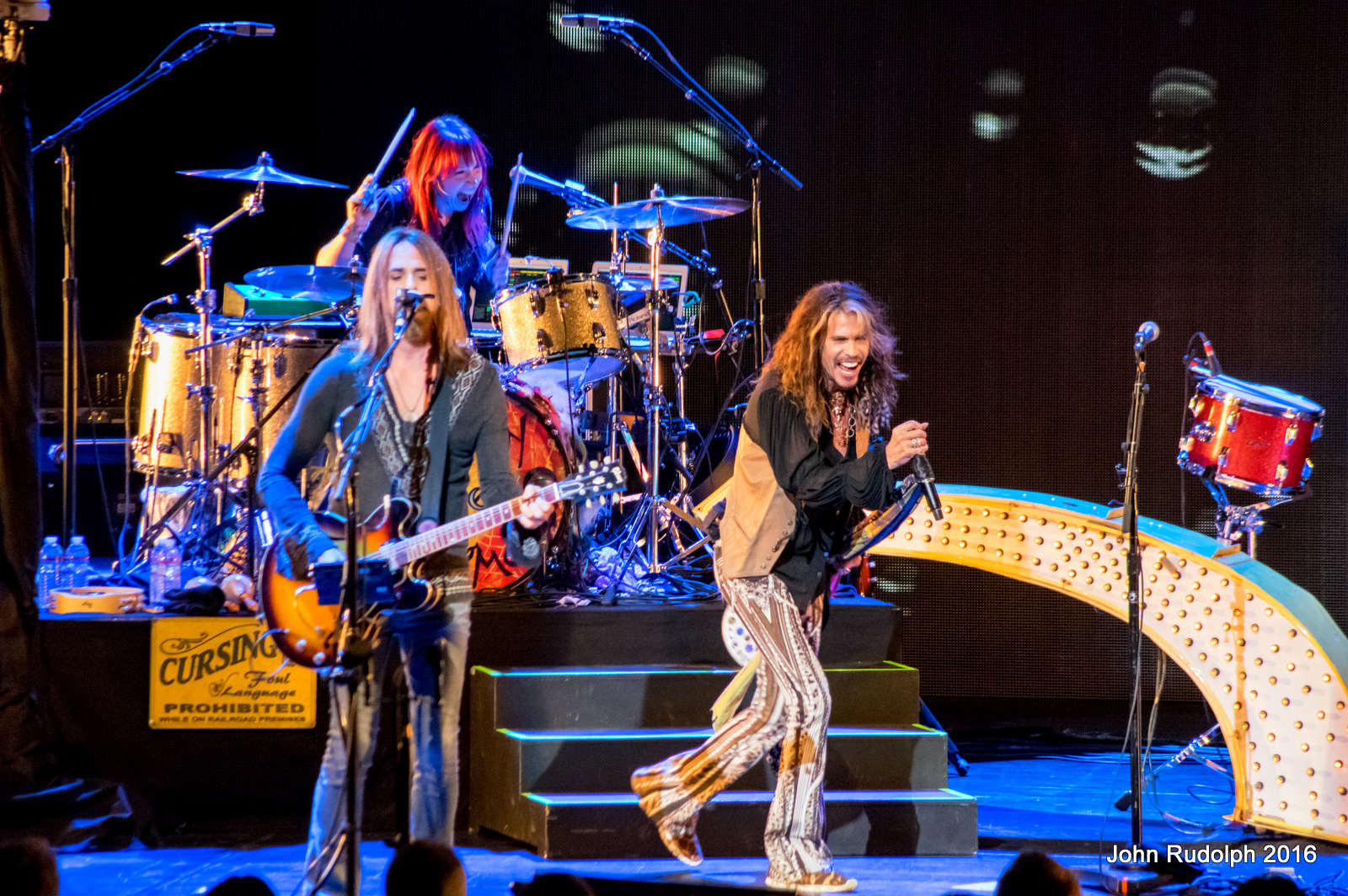