A belated happy St. Patrick’s Day to you! Staind’s Aaron Lewis played a show at Snoqualmie on St. Patty’s as part of his solo tour. Lewis’ voice actually really suits country music – check out “Country Boy” (but a war is known to change a man, and the whiskey’s known to change a man/but that’s not me/I rarely drink from the bottle/but I’ll smoke a little weed). His debut solo CD, Town Line, is out now. Matthew Lamb checked out the show and got some beauties featuring the American Flag: 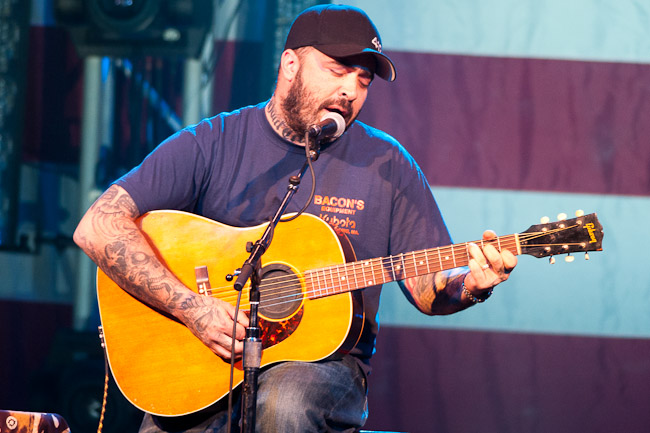 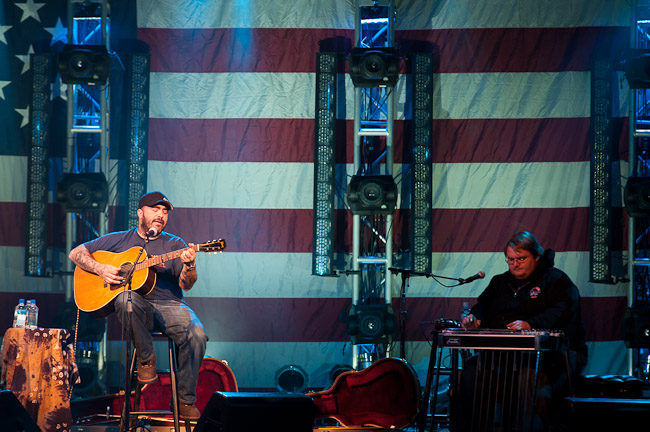 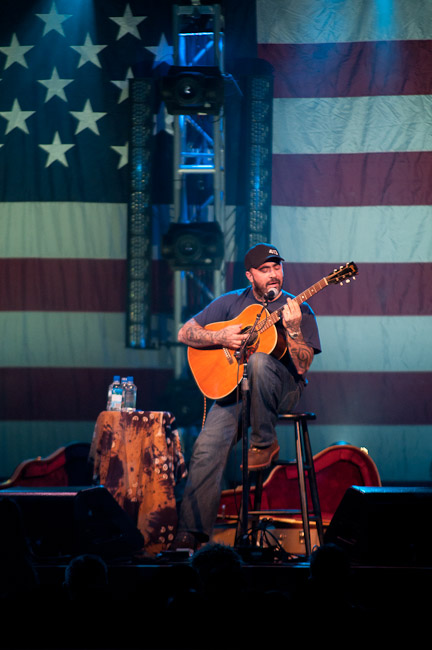 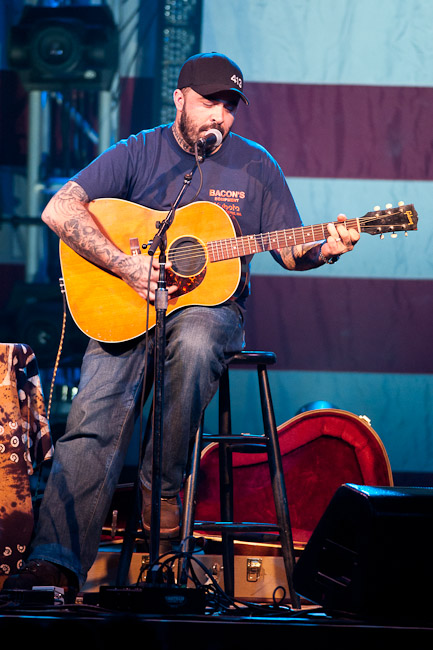 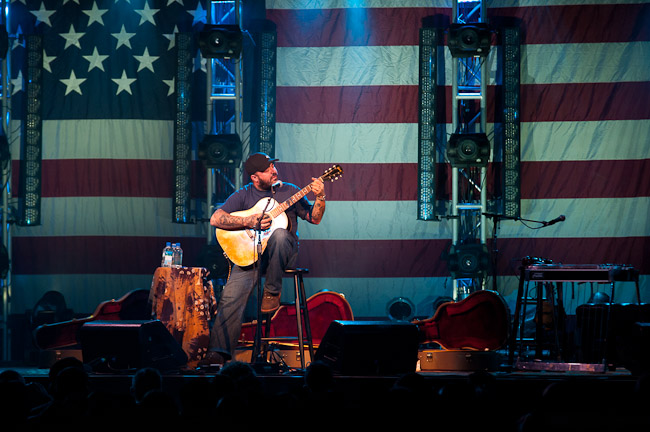 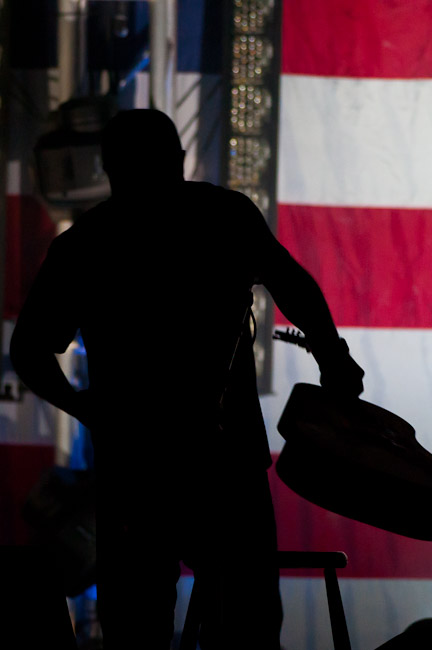 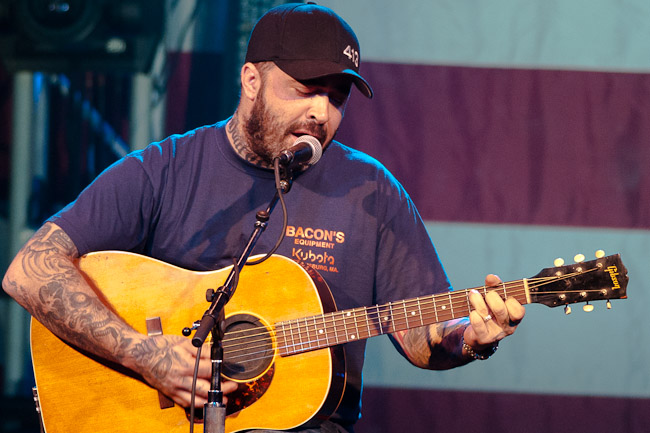 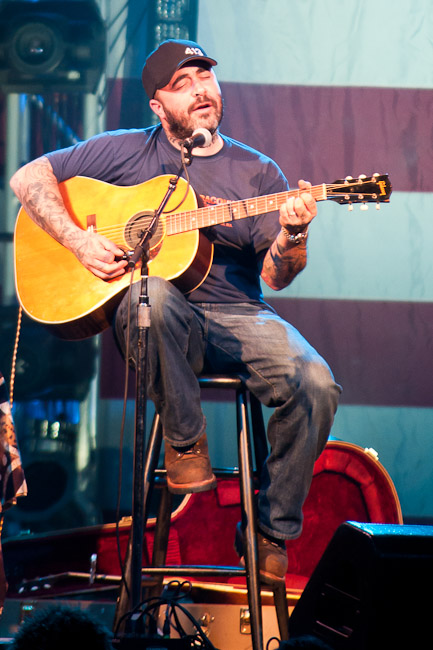 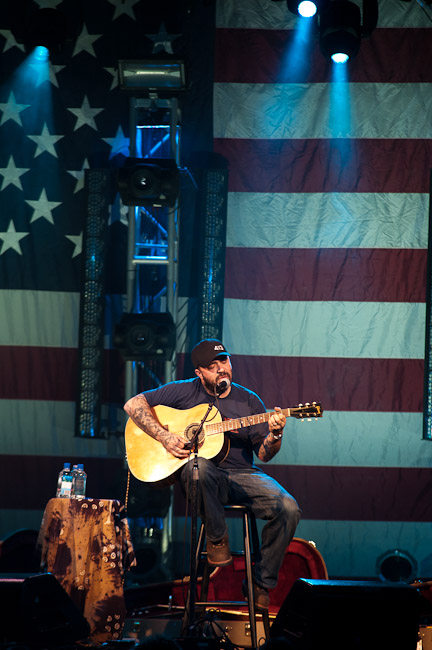 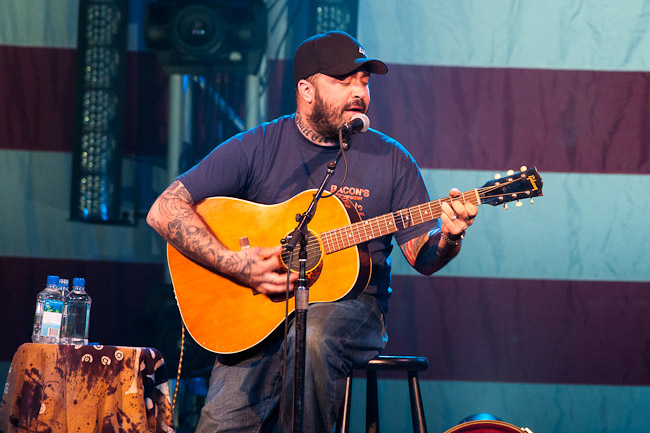