I recently talked with Strify, vocalist and Kiro, bassist of Cinema Bizarre before their opening show for the Fame Tour with Lady Gaga. They were in Seattle for the first time and don’t hate these guys because they’re beautiful – instead love them for their dramatic music and striking stage presence. I haven’t seen a band quite like them and I really enjoyed how they bring so many elements along with their great songs – they’ve got a cool vibe and they are really gripping to watch. Their first US album, BANG!, is set for an August 25th release.
—
Dagmar: You met in Berlin?

Strify: Not in Berlin, in Koblenz. It was a convention on manga/anime and Japanese culture.

Kiro: The style, the music was why we were there. We were all people who came there from Europe to this convention and share interests.

Strify: Basically I was always interested in androgyny, people like David Bowie, Adam Ant and Grace Jones, for example. I found out about Visual Kei, a Japanese youth culture – an underground youth culture – which found its origin in the 80s, and because there wasn’t any hard rock in Japan at the time, there was one band called X Japan and they really started to dress up. Their look was very Mötley Crüe inspired. I found out about it and really loved the look. It broadened my style, my development of style. It’s pretty androgynous. 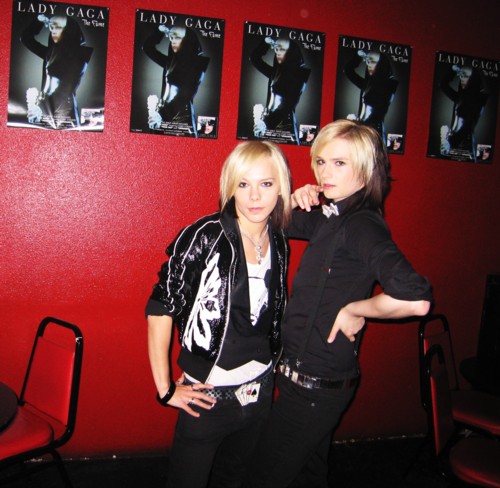 Strify: I am not but Kiro really is.

Kiro: I love horror movies. I’m a fan of Twilight – I really loved the movie.

Strify: When it comes to movies I’m a fan of Tim Burton. I love the worlds he creates. I like the fact that he’s always working together with the same team – never change a winning team. I am looking forward to his Alice in Wonderland. I’m also a big fan of The Rocky Horror Picture Show – that’s one of my favorite movies. I also love A Clockwork Orange. Movies that show a completely different world – and that’s what we want also in the band. That’s why we called ourselves Cinema Bizarre – we want to create a world, a universe.

D: I think you’ve done a great job of that.

D: What’s it like living in Berlin? Did any of you grow up there?

Strify: We moved to Berlin two years ago. We come from different cities. I come from the south of Germany and we’ve got people coming from the north of Germany. We decided to get together in Berlin. Berlin really has got a cool vibe. There’s a lot of musicians and the area we live in has a lot of actors. In Berlin, when there are people doing something which they are famous for, people aren’t really interested. It’s not like when you come to LA and there are paparazzi everywhere. I really love Berlin. You could describe it as glamorous and trashy. And that’s what I like because I would also describe our band as glamorous and trashy. 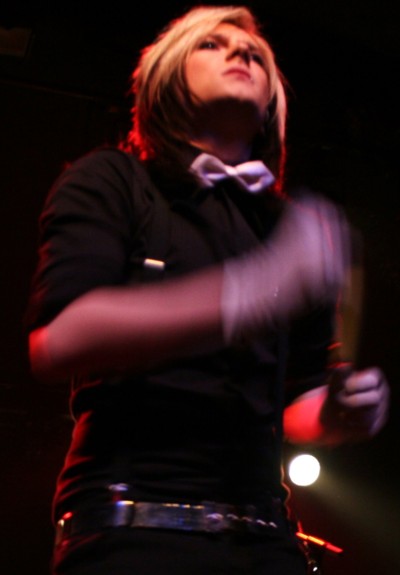 Strify: Yes, for sure. I would love to shoot even more videos.

D: I saw a video on YouTube of you doing a video shoot and you had a giant bird. Was it heavy?

Strify: It was. But it was such a beautiful animal. I’ve never seen a hawk so close. It had beautiful feathers and those eyes were so impressive. It’s such a proud animal. I wasn’t afraid of the animal but I had a lot of respect [for the animal]. It was called Friday.

D: How did you two get involved in music?

Strify: Music has always been a passion. When you have a passion for something so strong you want to get involved in it. I tried choirs but it never worked for me. I really got started when I met the other guys [in Cinema Bizarre].

D: You, did you start learning bass as a teenager?

Kiro: It was, I think five years ago. A good friend [taught me] – she plays bass in a band. I come from a small village in Germany and there were not many musicians I could identify with. She showed me a bit and then I went to a professional teacher. 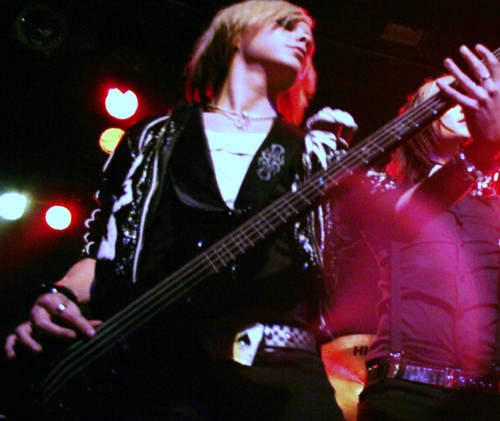 D: You mentioned David Bowie, what other bands do you like, for example from the 80s?

Strify: Dead or alive. I love Kim Wilde. I really like the voice of Kim Wilde. Grace Jones. I am also a big Madonna fan. I’m also a big fan of Adam Ant and David Bowie, but that’s before the 80s.

D: I noticed Depeche Mode let you sample them (Everything Counts in Escape to the Stars).

Strify: Musically they were a big influence. My father was always listening to Depeche Mode when I was little. When you’re small you usually hate your parents’ music. Then there’s the day you find out that it’s good stuff your father listens to. It was Depeche Mode, David Bowie and Queen . . . electronic/Depeche Mode vibe was a big influence on our music.

D: Who came up with the name Cinema Bizarre?

Strify: I found the word Bizarre. People look at us and say, “You’re so bizarre, why are you so strange, what is up with you guys?” We wanted to give bizarre a positive background. The Rocky Horror Picture Show is also bizarre – positively bizarre. It’s the same for us. But just Bizarre wasn’t a good band name. We found out about a new movie category called Bizarre Cinema, which features really strange movies from the 70s. It was quite fitting.

Kiro: It was perfect.

D: How did you get on the tour with Lady Gaga?

Strify: We met in Berlin. She was the opening act for Pussycat Dolls. We wanted to meet her. I have followed her career from the very beginning. She really liked us. We went backstage after her show and I think the first thing she said to us was, “You look like all my ex boyfriends, you’re so cute.” It was so great. It was such a nice compliment. We met her crew and her dancers. Two days later she called and asked if we wanted to open the show.

Kiro: We couldn’t believe it at first.

Strify: France, Russia, Scandinavia, Italy . . . I’m always happy to come back to Paris because it’s one of my favorite cities.

Strify: [Saint Petersburg] is impressive. They have so many big buildings. It’s the same kind of architecture you can find in Berlin and Moscow. Stalin-inspired architecture.
—
See more photos of Cinema Bizarre’s show here.