Liverpool, England’s The Wombats [Dan Haggis – drums/vocals, Matthew Murphy – guitar/vocals/keys, Tord Øverland-Knudsen – bass, vocals] tore my little world apart and then fixed it all up again with their 2007 and 2008 releases, The Wombats Proudly Present: A Guide to Love, Loss & Desperation and The Wombats EP. The songs were catchy, crafty and punched up with brilliant – at times melancholic and at other times hilarious – lyrics. “Kill the Director,” “Backfire at the Disco,” “Let’s Dance to Joy Division,” among others, have stood up over the last few years. Their B-sides triumphed too – “Summer Hit” and “Derail and Crash” are smashing. The Wombats returned this year with The Wombats Proudly Present: This Modern Glitch, an album that was definitely worth waiting for. Every song on this beast is fantastic. “Tokyo (Vampires & Wolves)” captures the essence of a perfect pop rock song and I’m thrilled the band will be here tomorrow at the Crocodile. Dan Haggis took some time and answered several questions I had for him about animals, videos and his studies at The Liverpool Institute for Performing Arts.

You recorded the new album in Los Angeles? Why? What were some of your impressions and experiences there?

Dan Haggis: That was where all the producers we worked with on this album were based. The studios we worked in were incredible and we learnt so much from the people working there. We spent at least 12 hours a day recording so we didn’t have much free time but when we did we had some great meals, played golf and went to the beach for a swim. They’ve got some good waves down there!

Did the space between the two records give you time to recuperate after all the touring? How did you spend your time?

DH: We toured a lot for the first album, A LOT! When we finished we were pretty burnt out so we took a much needed month off before we started work on the 2nd album. 2009 and 2010 were spent almost entirely writing, recording and mixing. We only did a few shows in 2009 so we did recuperate physically even if mentally the challenges of the 2nd album were pretty draining. Hopefully we’ve learnt not to over tour this time round but it’s so hard to say no to shows when that’s the highlight of everyday for us.

I saw an interview where one of you collects bracelets from cities you visit – what else would/do you collect?

DH: Yeah, during our first album touring cycle I would try to collect bracelets from people, places or festivals. It was like having a memory bank on my arm. I have not started any new collections recently although I do own 3 ukuleles, the most recent one I bought was from Stavanger in Norway. Tord used to collect stones but I guess living out of a suitcase and given how much the extra weight costs on flights these days, this is not the most economical and sensible hobby to pursue!!

You’ve got people wearing animal masks/heads/outfits in at least two videos [“Techno Fan” & “Tokyo (Vampires & Wolves)”]. It’s a great theme – what do you think it is about this that’s so appealing?

DH: I think many of our songs have themes of escapism, whether it’s wanting to find your way back to a place when you felt happy or a time when the world seemed to make more sense. Both videos are fairly hedonistic affairs and I think when people wear masks they let loose a little more. As an image I think some people find it playful, others will have more sinister thoughts along the Eyes Wide Shut masked balls vibe but it just adds a touch of surrealism in to the videos which we are big fans of.

What was filming the video for “Tokyo (Vampires & Wolves)” like? What were the inspirations for the song?

DH: The song came about during a difficult time in the writing process. We’d just had a lukewarm response to 6 songs we’d worked on for over 6 weeks and were feeling deflated. The pressure from having a successful first album was starting to mount up and fortunately this song tried to chase those demons away and kick started a 6 month period of creativity that helped us finish the album. The bar mentioned in the song was a real bar that we had an amazing night in the first time we went to Tokyo. We were carefree and having the time of our lives. 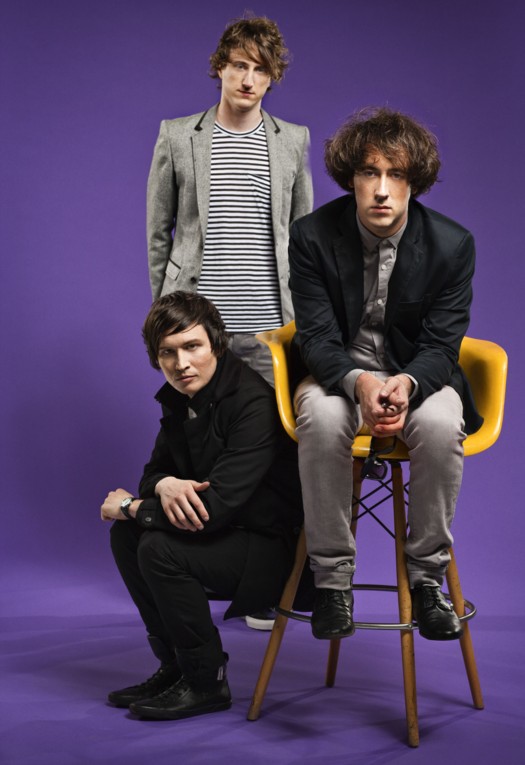 Did Tord really get banned from the Cavern? Why?

DH: Kind of- his old band played in a ‘Battle of the Bands’ and came second. I think he’d drank a few too many and thought the competition was rigged (which a lot of these things are!) and so he threw the small amp they won on the floor in front of everyone!! We’ve played in there several times since so there were no lasting hard feelings. He felt like an idiot the day after!

How do you approach balancing humor and darker sides in your lyrics?

DH: The humour often comes through whilst trying to laugh at the darker side of life. As Murph says, you can’t self- deprecate for 40 mins without throwing a few winks in there. It’s not all doom and gloom.

Any plans to do more “Backfire at the Disco” type performances in random places? Would you use another song? Where would you like to hit next?

DH: We try not to plan these things to much as spontaneity is often the key. We could definitely end up doing something like that again, we did actually do 3 songs with cello, piano and guitar on a roof in Berlin this winter past. It was so cold our fingers would stop working by the end of each song and we’d run over to this little heater they had to defrost our digits!

What other jobs have you had?

DH: I’ve worked as a drum teacher, a billing clerk in a solicitors firm, playing in a covers band and a being a waiter. Only ever part-time though. 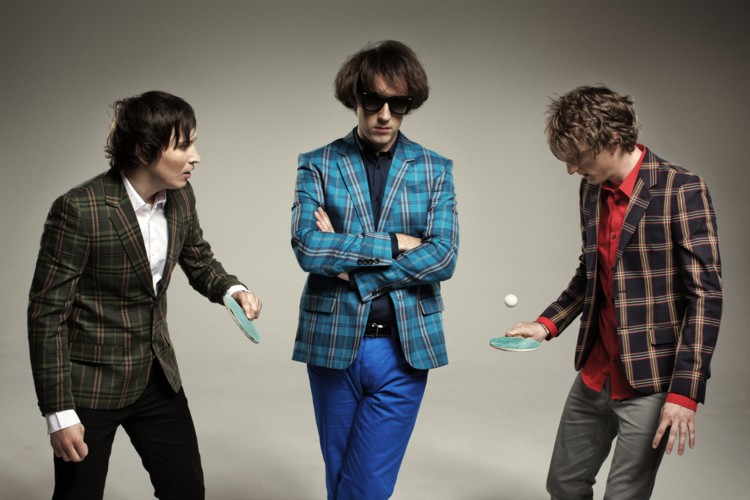 The new Storm Thorgerson T-shirt is great, as is the album cover. How did you arrange working with him?

DH: We’d had several ideas through from the same guys who did our 1st album but something just didn’t feel right so we asked our label if Storm was available and fortunately he was. He got the train up to Liverpool, had a cup of tea and an in-depth chat about the themes on the album with Murph then came back a week later with 15 incredible ideas. We then chose the final idea, refined it and he went to South Africa to shoot it. The T-shirt design was one the potential album covers that we loved.

What is your favorite Joy Division song and why?

DH: It’s too obvious but my personal favourite is “Love Will Tear Us Apart” and that’s not because we have a song inspired by dancing to this song!! I think the sentiment of the song brings the listener comfort in a way. You know that other people are in the same rocky boat that more often that not ends up sinking. Accepting this makes you live for the moment which is why it’s so fun to dance to.

How difficult was making the video for “Anti-D”? Was it done all in one take?

DH: It was done in 1 take. We did 17 takes in one day. Towards the end of the day the shadows were making it difficult to film. Choreographing all the extras to be in the right place at the right time with the song being played at double speed to give the video a slight ‘slow motion’ feel was no easy task. I got pretty bad sunburn on my neck from standing around all day, Murph had bruises all over him from the slightly over zealous beating he took from the ‘doctors’ (one of whom claimed he had sparred with Sugar Ray Leonard back in his youth!) and Tord was finding it hard to stand up all day after his hip and knee replacement operations.

I love the song “Dear Hamburg.” Have you read Dracula, and what did you think? What else brought this song about?

DH: Murph was reading Dracula at the airport in Hamburg I remember when we did a festival there in summer 2009. You’d be best asking him for the inner workings of his brain during that trip…

What types of music were you studying at The Liverpool Institute for Performing Arts?

DH: I only studied there for a year and it was very much a crash course in sound technology, production, song writing and performing. There was no real focus on any one type of music, the idea was just to become a more well rounded musician as well as having the time to devote yourself to your craft without having to work 9-5.