fun., a super trio of former band members from The Format, Steel Train and Anathallo, began in 2008 as an inspiration from singer/songwriter Nate Ruess. Ruess moved from Arizona to New York, and contacted musicians Jack Antonoff and Andrew Dost. They got to work on album one, Aim and Ignite, an immediately appealing and stirring CD. Since its 2009 release they’ve toured as openers for bands Jack’s Mannequin, Paramore and Weezer. Now they’re back on tour after nearly completing album two (plus releasing a deluxe edition of Aim and Ignite), and on Friday, June 24th they’ll be in Seattle with Panic! At the Disco. I can’t wait! Nate Ruess talked with me last week about movies, musicals and the great vocals in fun..

Is your follow-up to Aim and Ignite completed?

Nate Ruess: Almost finished and hoping to be out in late summer. It’s 90 percent done.

Have you made any changes in sound for this CD?

NR: I think so. Nothing that wasn’t natural as far as us progressing. As a songwriter I always want to look for something different but I never want to force the issue. I want it to be as natural as possible. I think we made some big changes but there’s still a naturalness to who we are.

How was making the video for “Walking the Dog”? It must have taken a long time to do all that painting.

NR: It was horrible. I was in the worst mood I think I’ve ever been in. We had 24 hours to do it and then we had to fly straight to England. It was one of those moments, like touring with bigger bands, when I see them get carted around so much I always feel so bad for them. That was my one moment to be carted around, doing 90 different things. Usually we space things out so that we have a moment to catch our breath. That wasn’t the case and I think I was just in a really bad mood so you can imagine taking 4 hours to paint my entire body. 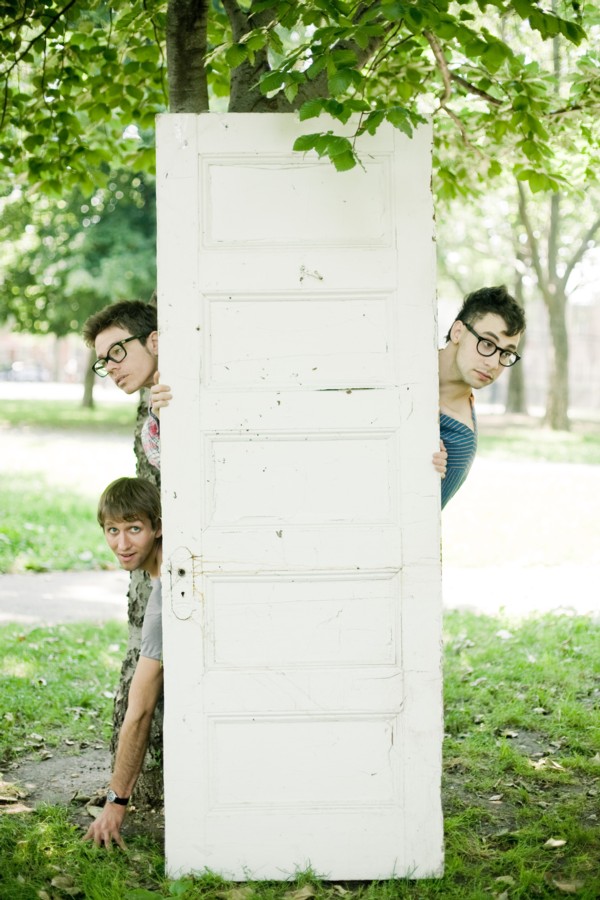 There’s an adorable Pomeranian in the video. Are you a dog person?

NR: I’m a huge dog person, but I moved to New York so my aunt has my dog. (Ruess has a blue tattoo of his dog on his right arm).

NR: I go back for holidays – that was the last time I was there, which is kind of a drag. We’re usually touring enough so that I can get in a few visits a year without going on holidays. It’s rough.

Has touring with so many types of bands changed your live show?

NR: We’re pretty squared away as far as what we want. It’s something we’re hyper-aware of and hyper-focused on, our live show and what we want to do as a band. Not necessarily to set ourselves apart because we just act naturally.

You’re a fan of Weezer. What do you like about them?

NR: Pinkerton is one of my favorite albums of all time.

You opened for them recently?

NR: Just a month ago. It was pretty surreal. It was such a crazy thing for us. I saw them in New York – they played Pinkerton from front to back. I brought my friend who I knew would be screaming. It was exciting to feel like a kid again, a fan of music and not some jaded person.

Were you trained in singing?

NR: I never really learned. I had an uncle who was on Broadway so I felt like if I sounded good it was because of him. My dad likes to take credit and say he’s a good singer. I never had any lessons or anything like that.

You’re also a fan of musicals. What are some of your favorites?

NR: It’s no longer on Broadway, but Xanadu. Xanadu is phenomenal. We saw that four times when we were writing the last album. We saw so many. I’ve seen Wicked a few times. I really want to see The Book of Mormon.

The vocals on “All the Pretty Girls” are amazing. How did you think of that?

NR: That was after watching Xanadu and then listening to the original ELO versions because Xanadu is based on a bunch of songs by ELO. I just loved how they did those crazy harmony stacks. I remember when Andrew and I were in a mad dash to finish the album we had to have that giant vocal stack harmony. It took a day or two – it took forever.

NR: I love Otis Redding, Freddie Mercury. Van Morrison is my favorite singer of all time. Guys that really sing it out and emote so much – not even in their words but just the way they sing. But I don’t think someone has to be a super flashy singer in order for me to be a fan or them to be a good singer. 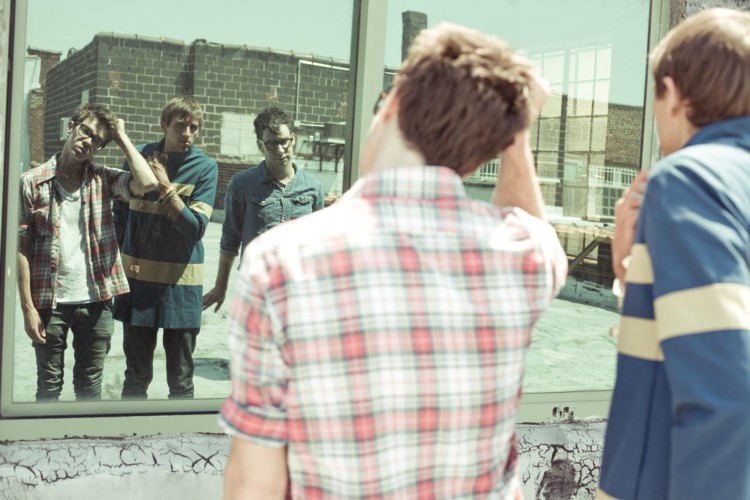 “Walking the Dog Version II” is cool. Where did it come from?

NR: I really like it. Andrew likes to mess with chords sometimes and we thought about reimagining the song. He came up with this whole different chord progression for the song and he sang a little bit of a different melody from what I originally wrote. We just went with it.

I came across an interview where you mention you were bitten by a horse once.

NR: They’re evil. People talk about how cats are evil but horses are. They’re not to be trusted. I remember when my parents would go away, and I’d be stuck with the horses and I’d have to feed them, they would want to bite. I had a horse accidentally kick and kill one of my dogs. I grew up as much on a farm in Phoenix as you possibly could without it being a farm.

Also you had a job in a law firm?

NR: I was a document clerk. It was straight out of high school and right before my band got signed. I just got on the Internet all the time. I would act like I was busy but I didn’t realize there were IT guys who monitored everything. I had a pretty stern talking to about my use of the Internet.

What movies have really moved you?

NR: Plenty of movies. The Wilco movie, I Am Trying to Break Your Heart. – the documentary about them. It came out, I think 8 years ago. That movie – through any trouble of being in a band or a songwriter or anything like that I’d always put that on. I found it to be the most comforting thing ever. It’s amazing. Cameras catching such a special moment in time.

The song “The Gambler” is just beautiful. How did you create the theme?

NR: I wrote it 6 or 7 years ago. I had written the lyrics and usually for me the sign of a great song is something that just writes itself. In my old band I was trying to write a song and I wanted to write a song about my parents. It came out really quickly. I was on a personal retreat to write. Usually I don’t get things done – I usually lounge around. That one was right before I went to bed. Right before I go to bed my brain loses focus of anything except for songs. That one I wrote in 15 minutes and I remember crying with every line that I was writing. It meant a lot to me.

interview by Dagmar – check out the interview with Jack Antonoff here and photos from fun.’s 2009 Chop Suey show here.