Canadian rock band Art of Dying was formed in 2004, signed to Intoxication Records in 2009, and released their first major label debut CD Vices And Virtues in May 2011. Heather Fitzpatrick not only captured the band rocking out on stage when the Uproar Festival played at White River Amphitheatre, she also took on the role of interviewer, chatting it up on a tour bus with their guitarist, Tavis Stanley.

Your band has stated that you are known for being the last people out of a venue at the end of a concert because you are so busy talking to the fans. You’re now starting to play larger shows such as Uproar, are you finding it less or more difficult to connect with your fans after every show?

Tavis Stanley: It’s never really difficult, because we enjoy it. There’s just more people to meet. We get more & more people coming up to us saying how this song or that song got them through a particular situation, and we’re getting more of that. It gives us more energy, and we love it. We want to meet everybody and connect with as many people that we can. That’s why we’re out here. We’re all in this together and we couldn’t do it without the fans. I see it as one big family.

If you could play on stage with any other musician, living or deceased, who would it be & why?

Tavis Stanley: Oh, I’d have to get up and jam with Jimmy Page one day. He’s still alive, so it could happen. We’re all pretty big Zeppelin fans in this band. He’s the one guy that if I could get up and play some riffs with him, that would be amazing.

When not playing music, what other things do you guys like to do?

Tavis Stanley: We like to play poker. . . a lot. On our days off, we usually set up the table right here (on the tour bus) and everyone sits around, we have a few beers and play a bunch of cards. We also like to hit the Casinos here and there. But yeah, we love to gamble and play poker, and that’s kind of our thing. That’s a fun thing we all do.

What has been your most memorable show or venue and why?

Tavis Stanley: That’s a tough call. There are so many good ones. You know what? Earlier this year we played Rock On The Range in Columbus, and that was a pretty big turning point, I think. We noticed our single, “Die Trying” was in the TOP TEN and for the first time when we played in Columbus the crowd just sang every word so loudly. It’s when we kind of all went like, “Holy Cow”, we’re getting played. People are noticing the song. It was a pretty cool moment.

Who were your biggest musical influences growing up?

Tavis Stanley: Well, Led Zeppelin honestly. Mostly the classic rock stuff, is what I was weaned on. You know, Aerosmith, The Doors, The Beatles, Hendrix, and I got into a lot of the old “Blues” guys like Muddy Waters, Howlin’ Wolfe, B.B. King. Right through to you know, the grunge stuff. We’re all big STP (Stone Temple Pilots) fans. . . Alice in Chains. 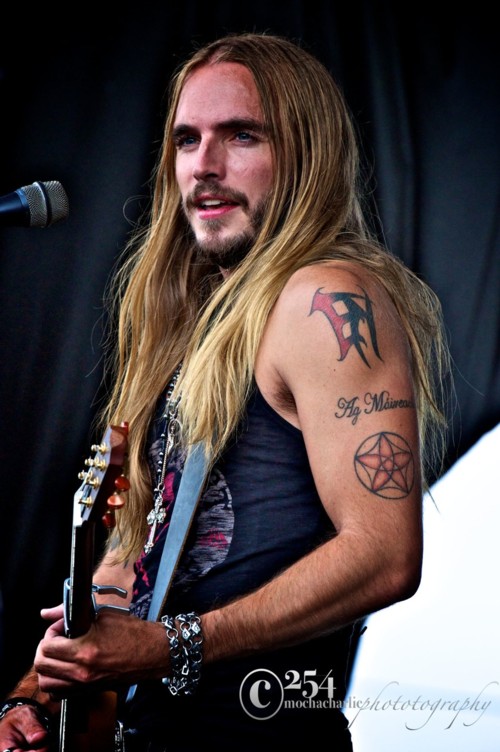 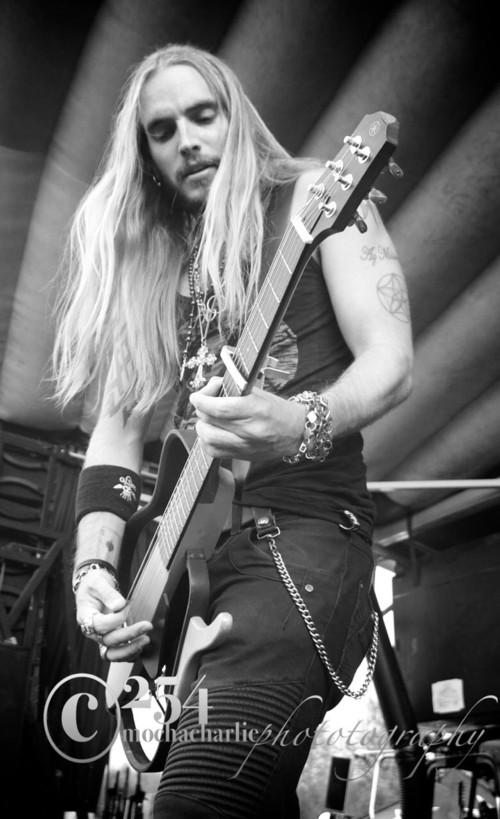 I’ve read that Jonny [Hetherington, singer] never really had a back-up plan, because he’s stated that he was putting his positive energy into his dream of singing in a band, but what about you? Did you have a back-up plan? Was music always your dream?

Tavis Stanley: No. I don’t think you can. I think if you start thinking about something else, it just takes away from achieving your goals. None of us ever really thought we could do much else. I think we’ve all had different jobs over the years, you know to make some sort of ends meet, but it was always about music. It was always about getting the opportunity to do music and just pay the bills. But yeah, I don’t think I could ever do anything else. I’ve never had a 40-hour a week job, just a couple of part-time jobs. That just seems like the hardest thing to me.

When was the first time you picked up a musical instrument? How old were you?

Tavis Stanley: I started playing a bit of piano when I was like 10. And then I picked up the guitar when I was 14.

I read that one of your hopes with touring with the new record might bring you to some hole in the wall places so that you could break out some acoustic guitars and do some surprise show. Have you had a chance to do that yet?

Tavis Stanley: We have, actually, a couple of times. Actually it was pretty funny. A few months ago, we were in Fargo, and we had a show that got cancelled, so we ended up having a couple of days off. We booked our own show, and then the day before that we booked an acoustic show at a little hole in the wall bar, and it was great. We just went down to this little place, and met with the owners and started having some drinks, and before we knew it they were like, “Hey you should bring in your guitars down, and play and have free drinks all night.” So we went out, grabbed our guitars and ended up playing three sets all night. We just had a blast at a little bar. Yeah, we love doing stuff like that when we can.

What one word or phrase would you use to describe how you feel about social media and the effect it’s having on the music scene?

Tavis Stanley: I think it’s pretty important. It’s just something that you gotta do. It seems like the whole musical world right now is pretty much on line. Half of album sales are all digital, and the whole networking thing is really important. So, you want to get people to see you’re on iTunes, and go on your website. I think it’s a must have now.

Tavis Stanley: Oh yeah, we do all our own updates on Facebook and Twitter. We put as much stuff up as we can and little fun videos and we do lots of behind the scenes stuff. . . cut together little videos here and there. It’s usually us laughing and drinking beers, saying, “Here we are, on the road. Check us out.”

Tavis Stanley: I hope I have more virtues than vices. I don’t really consider it a vice, but drinking cold Bud Light in the early afternoon is pretty good. I guess it can also be a virtue too, because it’s pretty fun.

Any plans for a next album?

Tavis Stanley: Not yet. We’re only on our 2nd single and we’re talking about going 4 or 5 singles deep, so we’ve got a good two years probably to go before we get back into the studio.

Is there anything you’d like to add about the rest of the tour or tell your fans?

Tavis Stanley: Yeah, we have a few shows left on Uproar, come out and see us. If you miss us here, we’re going to be touring straight through the end of the year. We’ll be doing clubs with Adelitas Way up until mid-December. Make sure to come and see us, we’d love to meet you guys. 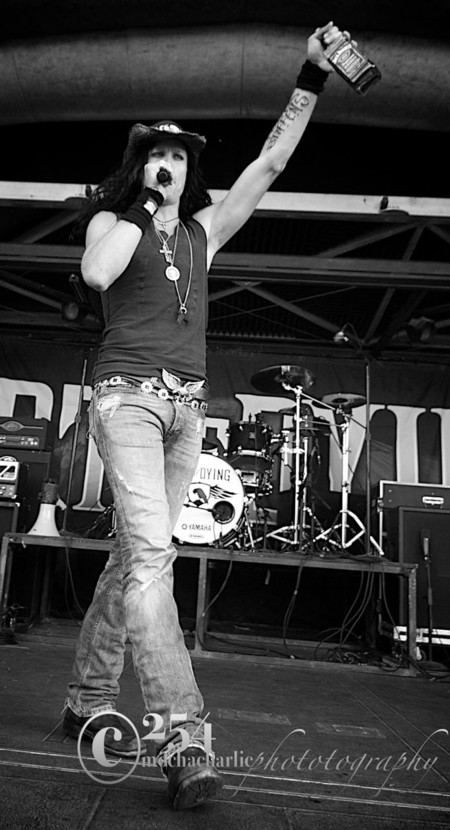 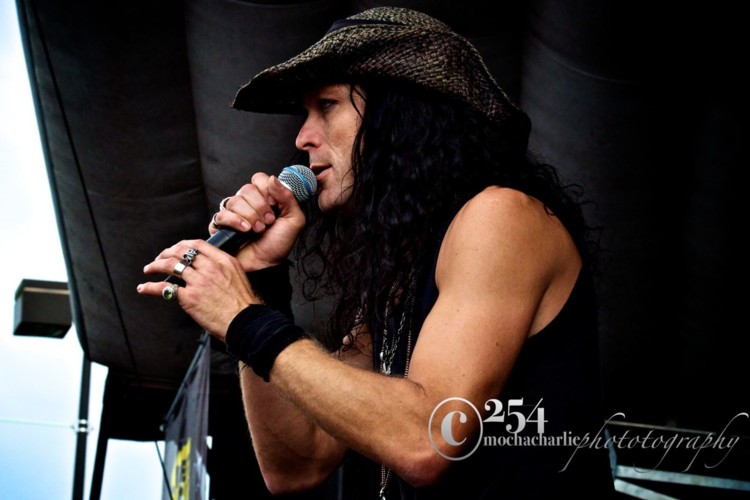 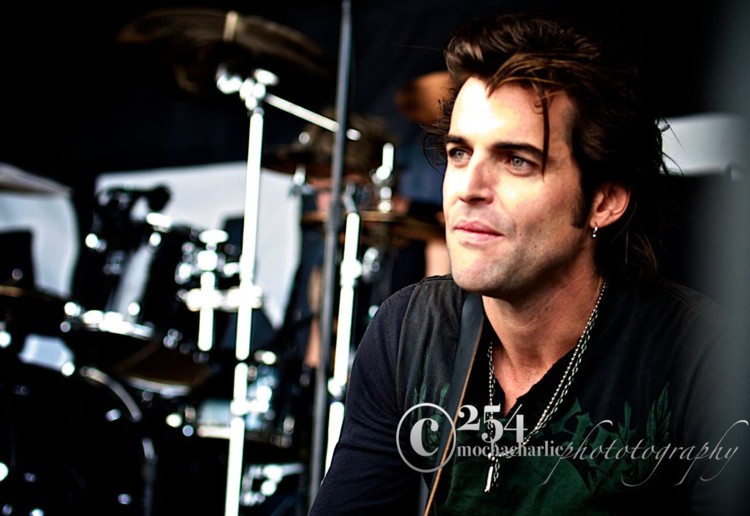 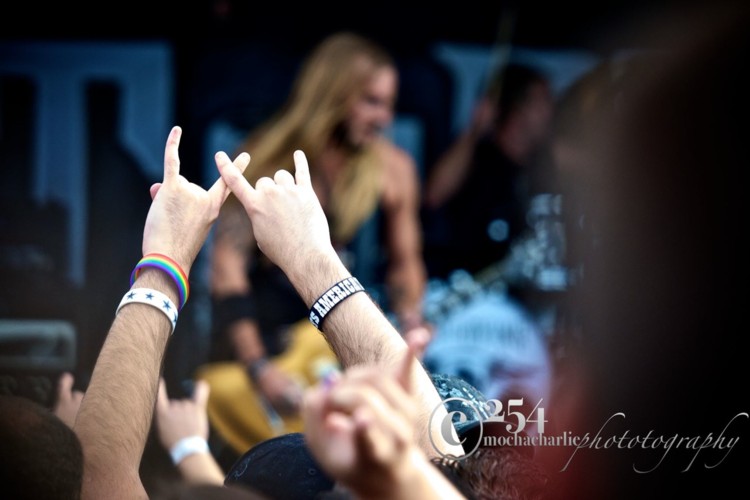 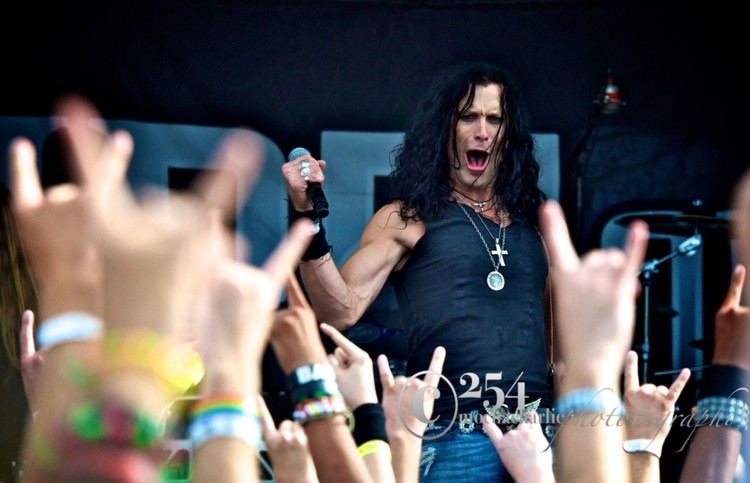 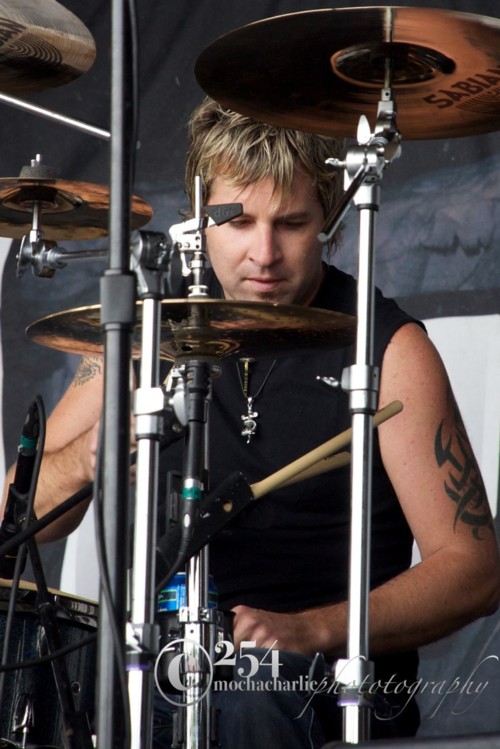 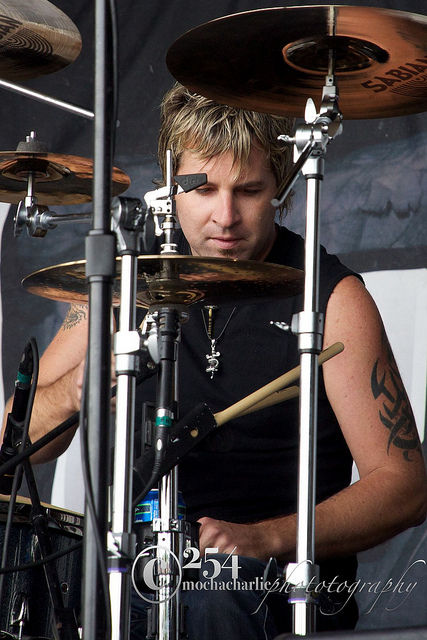 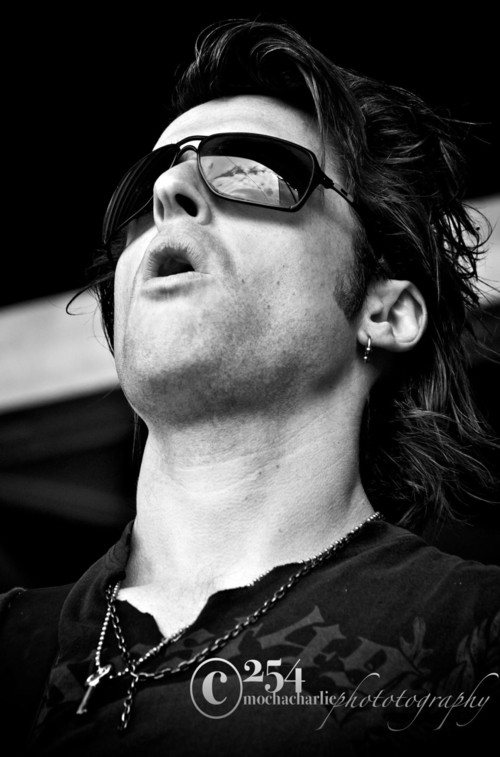 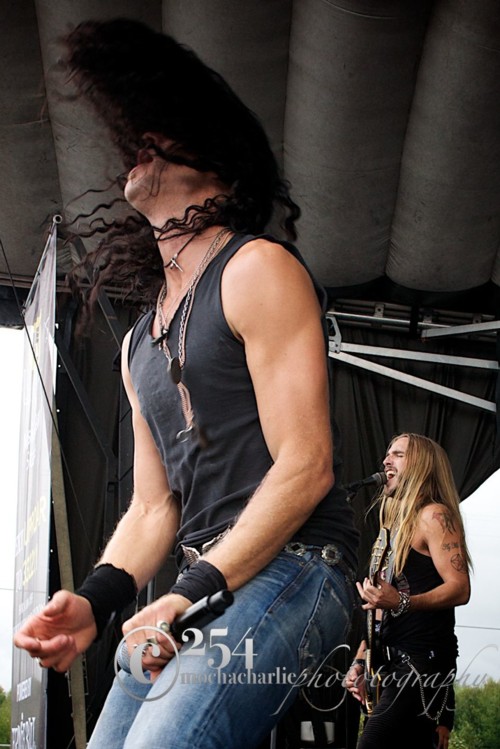 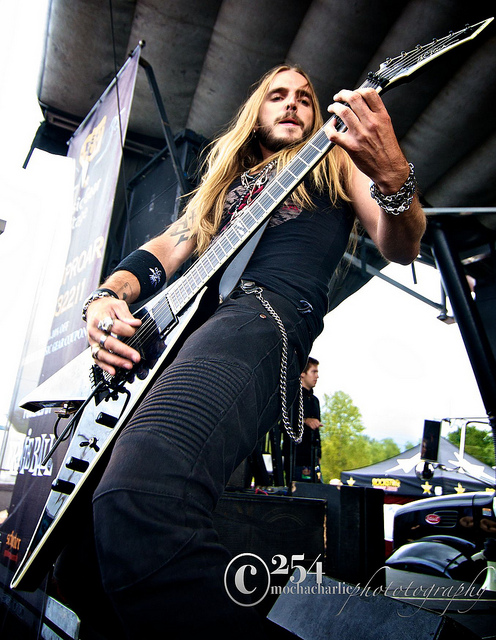 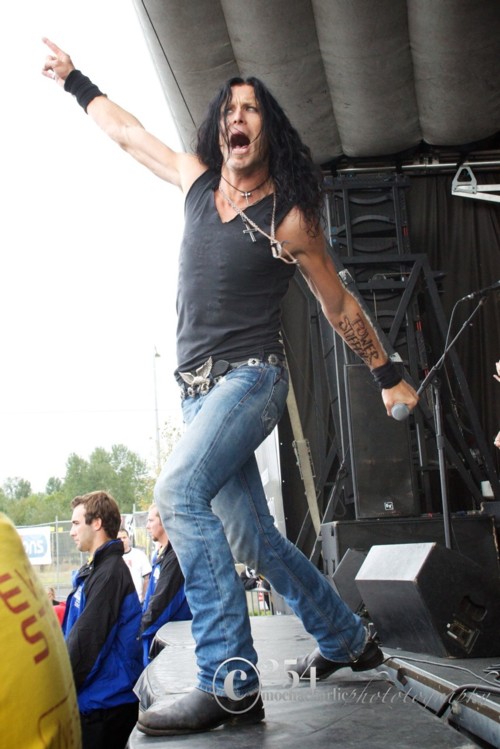 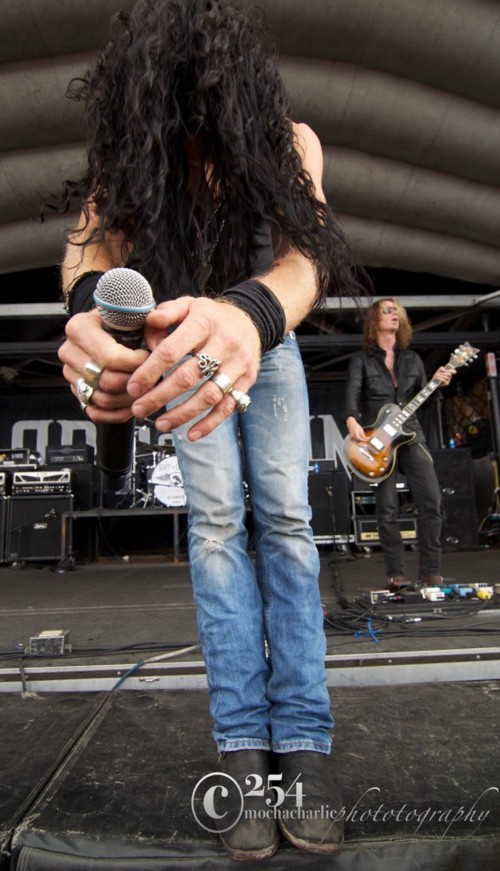 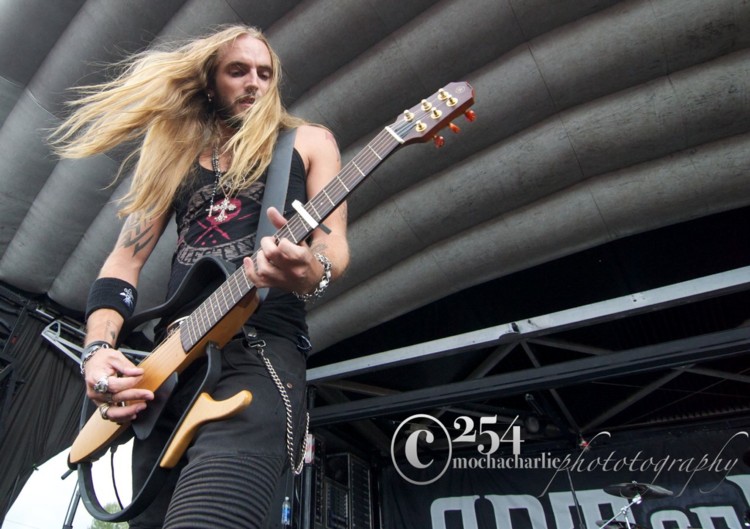 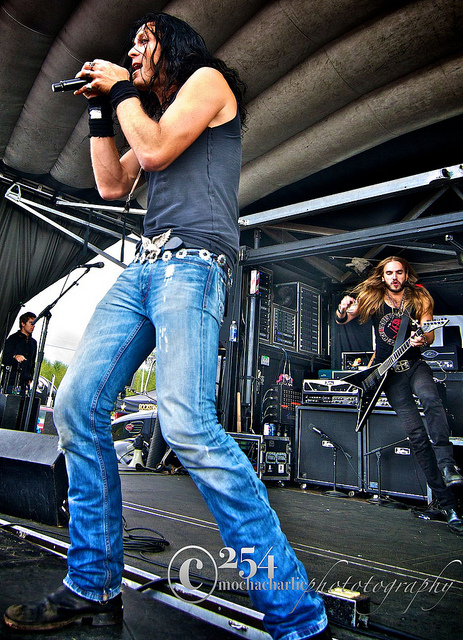 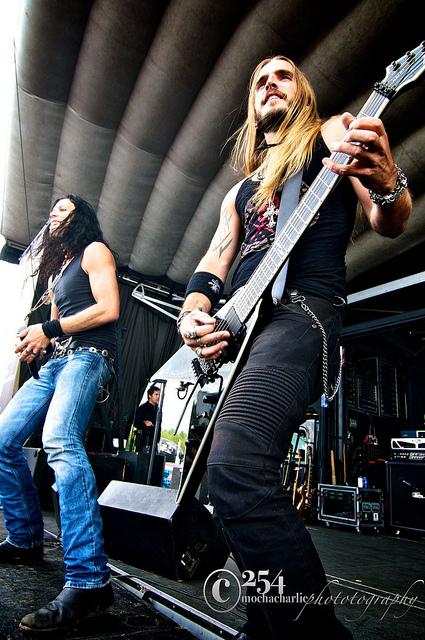 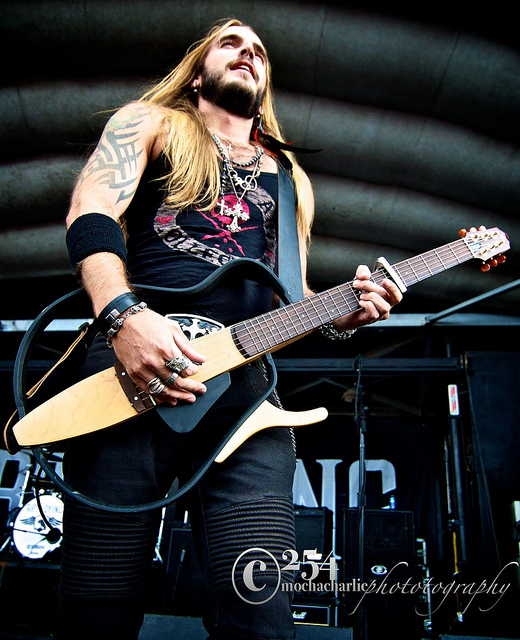 Art of Dying is:

Their debut CD, “Vices and Virtues” was released in May 2011.