Mike Bartlett’s King Charles III debuted in Seattle on November 16th, 2016, and I was so lucky to be there. I’d been eager for quite some time to see the play, which imagines a constitutional crisis when the Prince of Wales takes the throne. It’s a dramatic political piece that maintains a suspenseful pace with subtle scheming by several characters, and poses serious questions about contemporary media. Could all of that be a bit stodgy to some? Perhaps. But Bartlett’s blank verse language – and understanding of modern dilemmas the royal family faces – makes this topic compelling. When King Charles III ascends the throne, he’s faced with a disconnect between him and his subjects on the very basics of free speech in the always encroaching British press. 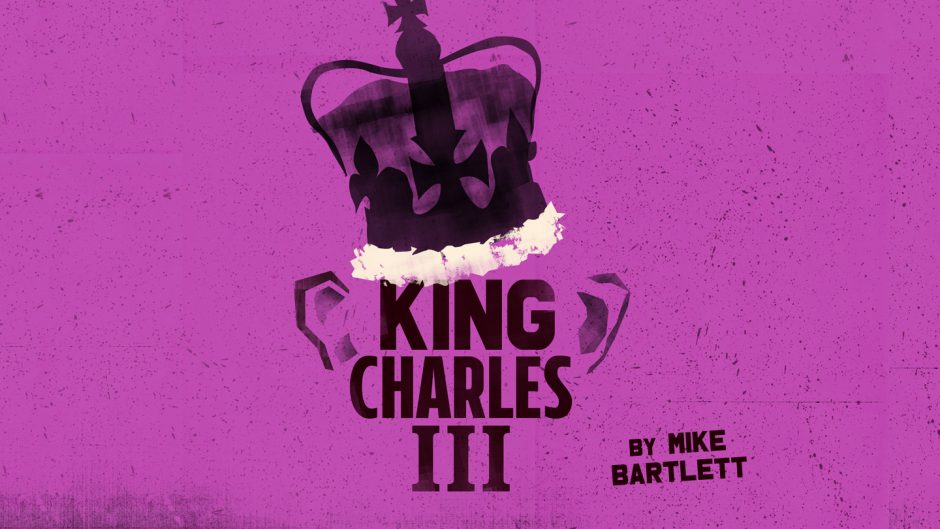 I’m a big fan of the British royal family; they’re fine representatives of their country and call attention to important issues. I read all I can about their history, so when I saw that King Charles III would have its Seattle debut, I had to go. A 2014 British play, it’s already made its way stateside in New York, and Seattle’s performance was extremely well executed with wonderful performances. Other royal family nerds – I mean fans – will appreciate the show’s costumes by Jennifer Moeller, which are very detailed to each character, down to the military uniforms that make an appearance towards the end of the play.

A key character in King Charles III is Prince Harry, who becomes a link between the people and the royal family by taking up with commoner Jessica (Michelle Beck – great actress, great accent). Their relationship is charming, even if Prince Harry (the continually charismatic Harry Smith) struggles with his place in life. I lucked out by getting to ask the Brit Smith a few questions about the part of Prince Harry, and I really feel that Smith’s performance explains exactly why Prince Harry makes some difficult choices.

In what ways was it strange to play someone who is still alive?

Harry Smith: In some ways it is easier – there is a lot of footage of Prince Harry, so I was able to study his voice and mannerisms. But in another sense it can be a trap. The play is, after all, a fictional story, and I have to make sure that I am portraying the version of Prince Harry who appears in this story. At the end of the day, the job is the same – you have to create a three-dimensional, human character who serves the story we are all telling together.

How did you approach the blank verse language of the play?

HS: Blank verse, and particularly iambic pentameter, is a bit of a gift to an actor. As well as making it easier to memorize lines, it gives you clues about where thoughts start and end, about when to breathe, and about what the most important parts of a line are. In Shakespeare, as well as in this play, if you are in any doubt about what is going on for your character, you can usually do worse than to trust the verse and see what happens. 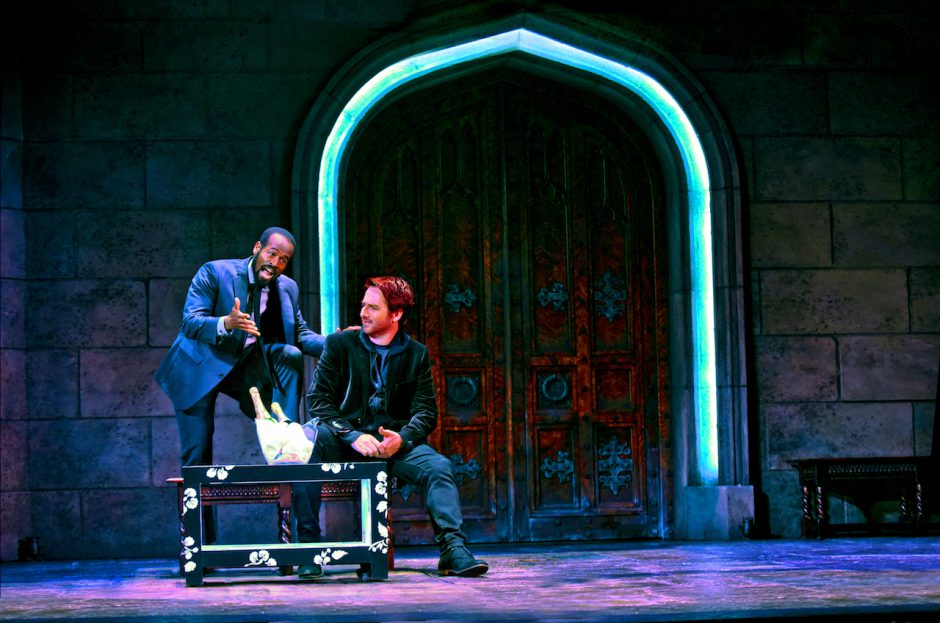 What did you find you liked about Harry?

HS: Prince Harry is in a unique position both in real life and in this play. As the younger Prince, he knows he is very unlikely to be King, so he has to work harder to define himself. In real life, there is a lot to admire about Prince Harry. As well as serving in the military, he has devoted himself to charitable work with wounded veterans, and extending the charitable work his mother, Princess Diana did. In the play, Harry’s crisis of identity is enormous fun for me to play – his struggle to define what he wants and then to actually make it happen are really interesting strands to explore on stage.

This might be hard to answer without giving away the plot, but were you surprised by the character’s choices?

HS: Harry is so torn between his instincts and his familial duty, that some surprises are inevitable I think. From the inside, I’m not surprised by Harry’s choices, but I think audiences frequently are. My job is to make the audience understand why Harry makes the choices he does.

What is your favorite scene in the play, and why?

HS: Near the start of the play, Prince Harry is taken on a wild night around central London by a girl he has just met. He comes back to the palace with her and talks about the amazing things he has just seen – things that are commonplace for most people, like restaurants and tube trains. It really sums up the divide between the royals and the rest of the country, whilst at the same time showing us some of Harry’s boyish excitement. Plus (mini-spoiler alert) I get to kiss the girl. 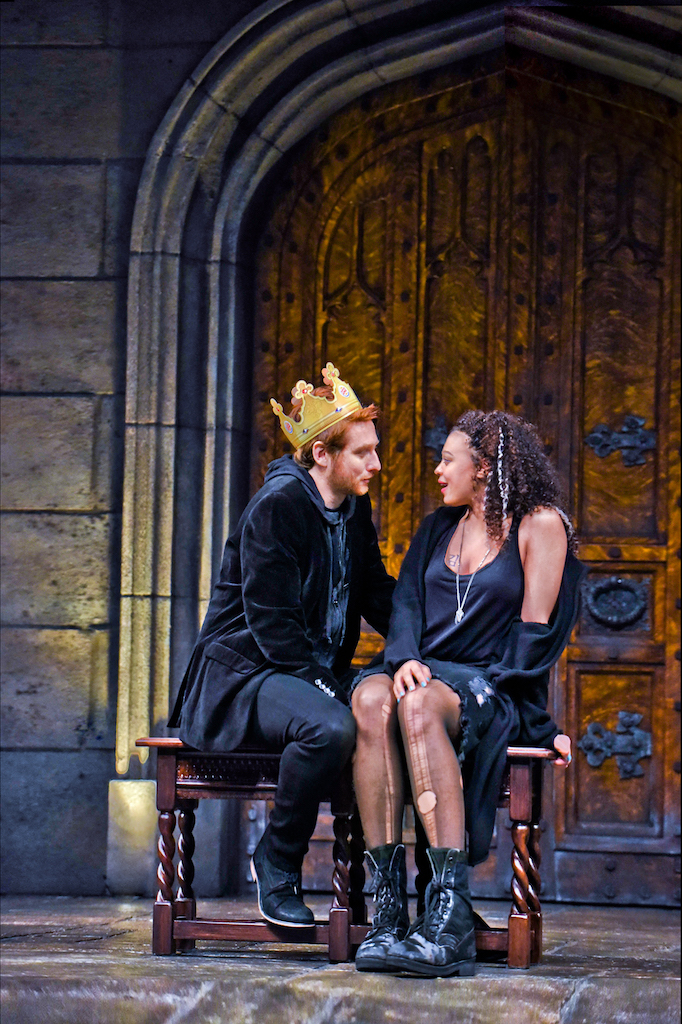 What do you think of the Royal Family?

HS: Personally, I think it is a nice tradition. They don’t have any actual power in the UK, and they aren’t a drain on public resources (quite the opposite, as they bring in millions of pounds in tourist revenues). They are quaint, and charming, and quintessentially British, and they don’t do any harm!

You’re an East Coast-based actor. How did you come to Seattle? Was it specifically for this role?

HS: Yes! I had never been to the West Coast until we went to San Francisco to begin this production. I’m actually answering these questions from a cabin in the cascades, surrounded by snow and hills and running water… it is unbelievably beautiful. The city has also been incredibly welcoming, with a very European vibe. I’ll definitely be back!

And, what’s next for you?

HS: We take this show to Washington DC in the new year, so I’ll be with it until next March. After that it’s back to the audition room and see what’s next! 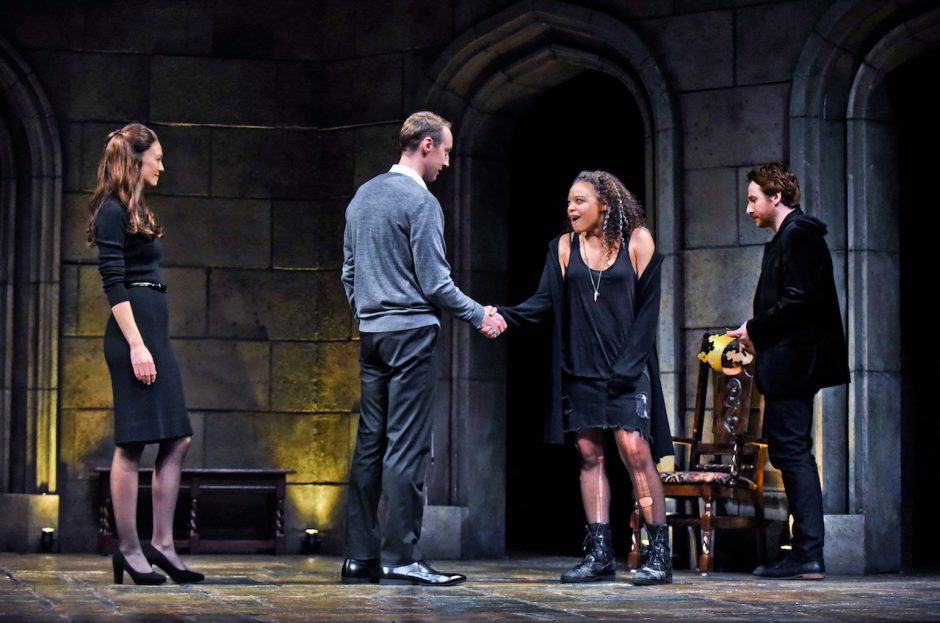 You can catch the final performances of King Charles III through Sunday, December 18th. Tickets are available here.