If the term “Rock and Roll Survivor” was in the dictionary, a photo of Roky Erickson would surely accompany it. Roky is a Rock and Roll survivor in every sense of the word. He came to prominence in the mid to late 1960s as the front man for the 13th Floor Elevators. They were hailed as one of the very first psychedelic rock bands and their version of Roky’s song “You’re Gonna Miss Me” is still, to this day, Roky’s best known song and a psychedelic rock classic. The band became well known to authorities, who arrested Roky for possession of one marijuana joint. He pleaded insanity to avoid a jail sentence and spent a few years in a psychiatric hospital instead. He was taken advantage of by greedy, leeching music executives. By the early nineties he was struggling to survive on $200 a month and in poor health.  Now in 2010, against all odds, he’s back with a new album, louder than ever and just as psychedelic. He and his band took the stage at Neumos as part of the City Arts Festival, determined to overload the senses. Local favorites Massy Ferguson and The Maldives opened.

The night did start out slow as I arrived when doors opened at 7 to find no one in line, no one inside Neumos and only about ten people hanging out in the attached MOE Bar. The audience started to steadily arrive but by the time Massy Ferguson took the stage at 8:30 the crowd numbers were still fairly anemic. Massy Ferguson didn’t disappoint, returning to rock the venue where they held their CD release show the month before. This has been a very significant month in their young career. After the CD release show they played the Seattle Weekly Reverb Fest and won a Reverb Fest contest to represent Seattle at Iceland’s Airwaves Festival. They just arrived back from that trip two days before this show. If they were suffering from jet lag it didn’t show at all. They sounded perfectly in-sync musically and vocally and many of the new songs sounded better at this show than they did at the CD release show. Their working-man band persona was on full display on “Pretty Plain Jane,” “Powder Blue” and “Long Time.” They slowed it down a little with “Wenatchee Eyes” but, for the most part, they delivered a straight forward set of driving blue-collar rock.

The Maldives, the second band on the bill, are Seattle’s resident Americana roots-rock band. They play more shows in Seattle than any band I’m aware of but their raucous performances never get old. Their vocal harmonies are always spot-on and their musicianship always top-notch. Tonight was no exception. It was a surprise when I realized they had a female drummer filling in for their regular drummer. I unfortunately didn’t catch her name but she more than held her own by bringing a crispness and power to the beats that added another layer to The Maldives’ already rich sound.  Their up-tempo “Tequila Sunday,” and their galloping slow burner “Time Is Right Now” were crowd favorites. Leader Jason Dodson expressed his appreciation and honor to open for Roky Erickson by declaring his band “the loudest fucking band I’ve ever heard.” They closed the set with an extended jam session on “Blood Relations.” After hearing them tear through this song so many times I’m still convinced that the opening acoustic guitar chords are a nod to The Church’s “Under the Milky Way Tonight” and the guitar towards the end a nod to The Cure’s “Boy’s Don’t Cry.”

The crowd numbers swelled from the underwhelming numbers earlier in the night to near capacity by the time Roky Erickson took the stage. Of all the countless concerts I’ve attended in smaller venues this past decade I don’t think there has been one with a larger percentage of gray/silver/white haired concert goers in attendance, let alone up at the front of the main floor crowding the stage. Roky and his band took the stage and instantly turned the volume and distortion up to 11 in an attempt to blow our eardrums out the back of our collective heads. Roky’s brand of psychedelic garage rock has a decidedly defiant punk edge that no one from his generation, save maybe Neil Young, could ever hope to match. Adding to the psychedelic atmosphere was a video screen backdrop showing video and images that reminded me at points of Willy Wonka’s drug trip boat ride through the tunnel in the 1971 Gene Wilder film. Other video included blurred city lights, storms and other weather phenomena and an optical illusion of a woman dancing with her oversized dress endlessly flowing about her. At times, unfortunately, audience members could barely hear Roky sing over the amped up musical distortion. “True Love Cast Out All Evil” provided one of the less distorted moments of the evening. The lyrics really hit hard. I made it down from the upstairs railing to the main floor in time to see a middle age man in a polo shirt break out his very best air guitar during the exceptional punk-metal of “Stand For the Fire Demon.” He closed out the set with a version of “You’re Gonna Miss Me” that was as loud and direct as the rest of the set. It’s one of the few shows I’ve ever been to where the headlining band didn’t come out for an encore. Just the fact that Roky Erickson is still standing and able to share his music loud, live and onstage in 2010 is testament to his survivor status. The show itself is his encore. The first of what I hope will be many more. 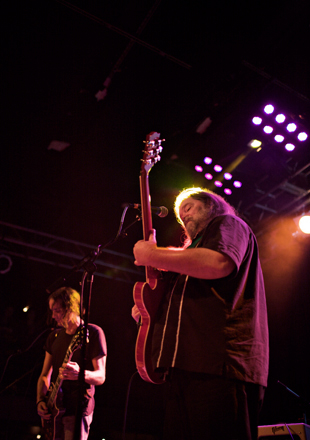 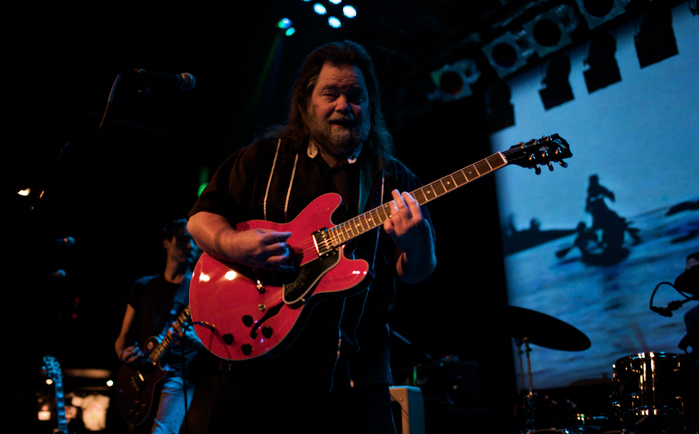 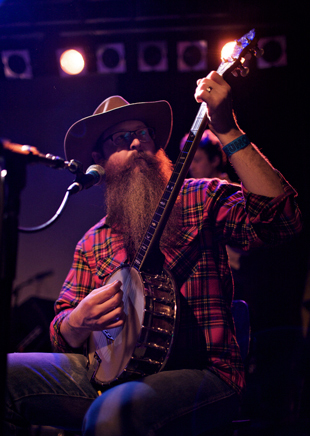 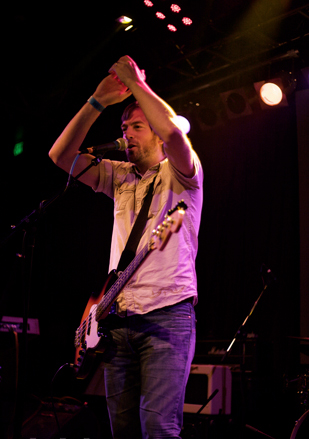