Forget jellybeans and chocolate bunnies – the best Easter treat in Seattle was found in Ballard on Sunday April 24th as Kurt Vile played two concerts that showed off the range of his substantial musical talents. The lanky Philadelphian with the voluminous long hair easily sold out the Sunset Tavern with his band, the Violators, and packed Sonic Boom Records (just around the corner from the Sunset) for a short acoustic set. Vile is an example of an artist who is able to integrate multiple musical genres and influences seamlessly; a sonic chef of sorts. In less talented hands, the mix would perhaps be jarring, but Vile is an excellent songwriter. This was particularly evident when hearing a song like “Jesus Fever,” his latest pull from his new album Smoke Ring For My Halo twice in the evening. Sung with only an acoustic guitar at Sonic Boom, it was easy to hear the fluidity of the melody, the clever turns in the arrangement, and the warmth of Vile’s voice; with the full band in a jammed club, the snap and shake of the drums chugged underneath, supporting the guitar, now electrified, grimy, and atmospheric. Both versions were superb, because it’s a good song, and a good song is a good song no matter the instrumentation. I think that’s from a Dr. Seuss book. 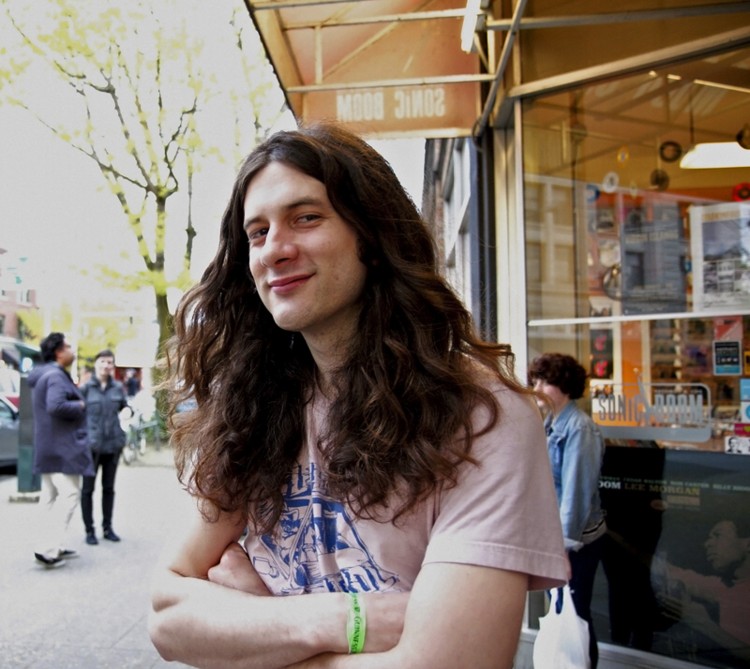 It’s somewhat difficult to describe Vile’s music. There are elements of psych, folk, low-fi, shoegaze, ‘70s and ‘80s pop, dynamics ranging from intimate to sonic overload. There are repeating drones and traditional guitar solos, and even some electronica and a blurting sax spotlight (both heard in the encore’s “Freak Train”). I’ve read that Vile claims Bruce Springsteen, Tom Petty, and Bob Seger as influences, but I don’t hear it at all. Those three artists write MOR anthems, great and grand statements for the common man. Vile is simply too quirky for that, but that strangeness is good and helps to set him apart. The most accurate comparison I can come up with is to the ‘60s band Love. Love, too, had a psych-folk emphasis, but in a broad stylistic range (the desolate confessional “Signed, D.C.” to sunny hippie pop “Orange Skies” to top-speed garage rock “7 and 7 Is”) – beautifully crafted songs with an endearing humanity to them.

It all hung together perfectly at both Sonic Boom and the Sunset, and both sets had a pleasant, floating, deep droning vibe to them, enhanced by Vile’s quiet, friendly, and slightly-goofy stage manner. “He’s Alright,” “In My Time,” “Overnight Religion,” and “Hunchback” were live standouts. The Sunset’s stage was perhaps a bit too small for the Violators; one got the sense that the band and Vile felt a bit physically constrained at times. The crowd there was enthusiastic and polite, often completely silent during quieter numbers and while Vile and the other two guitarists were tuning up, very unusual at a bar, and enough for Vile to remark that the audience was very “chill.”

A different kind of crowd chill seemed to be in effect for openers EMA, who seemed a bit disheartened and discombobulated by the tepid response they received at the Sunset. Again, the stage seemed too small for focal-point Erika M. Anderson, whose dramatic lyrics and impassioned performance style seemed to call for a bigger place to prowl around, and perhaps a younger audience. 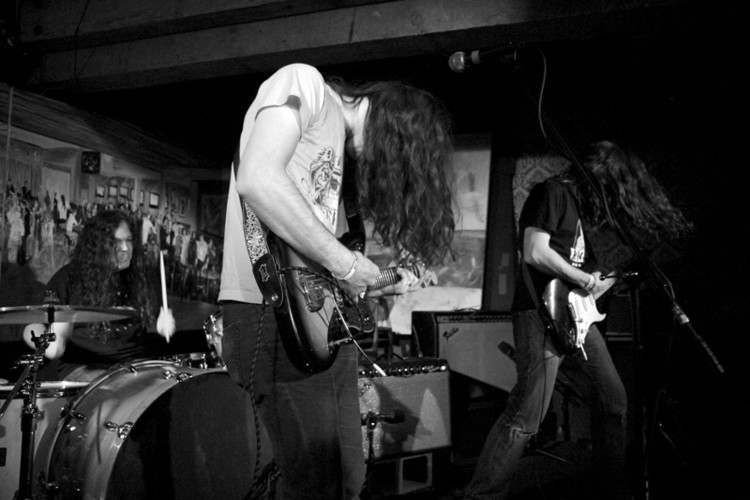 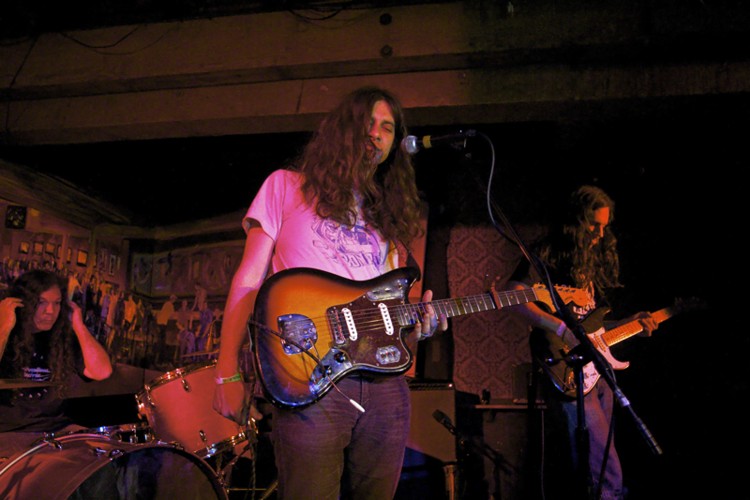 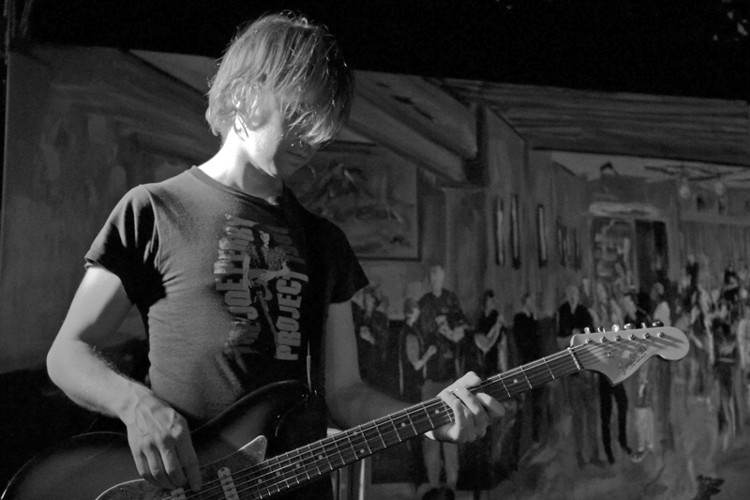 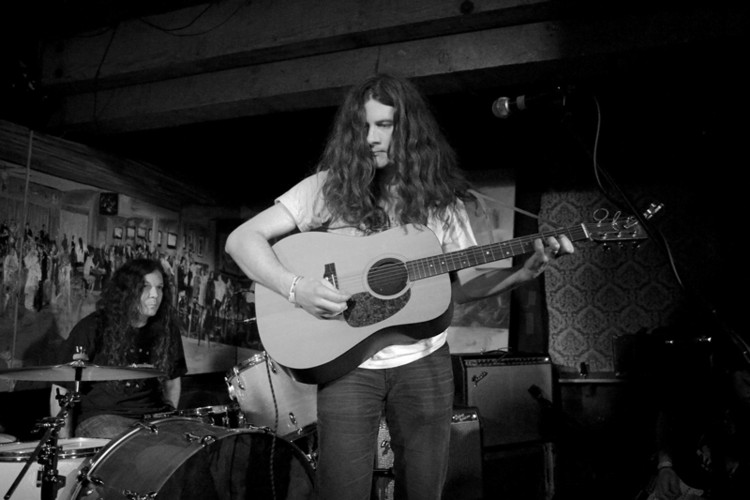 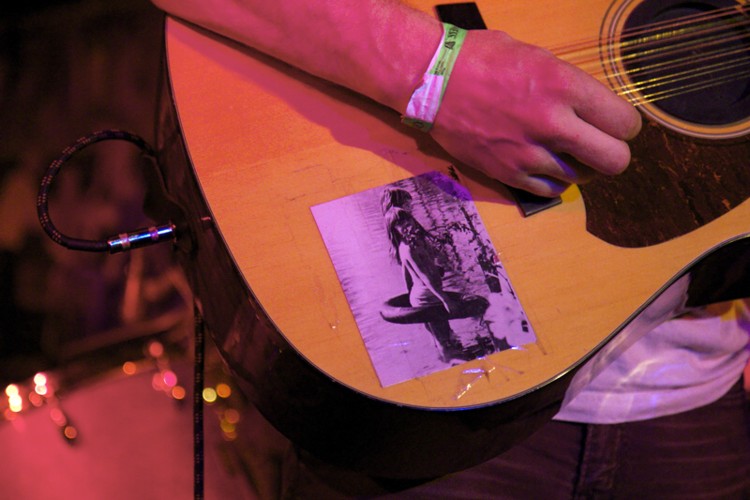 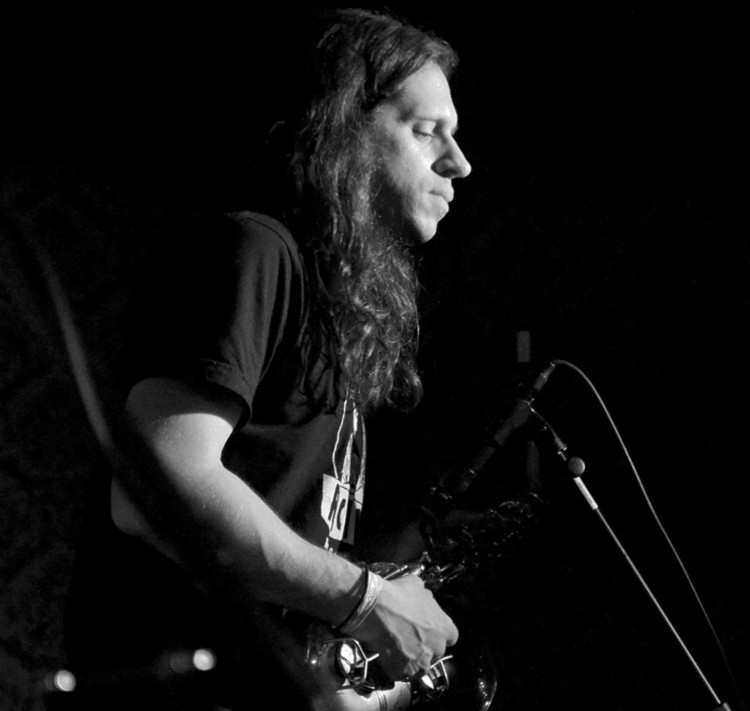 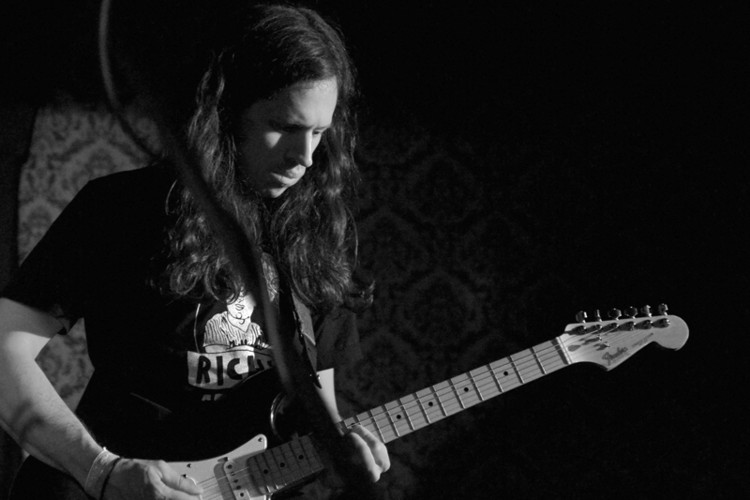 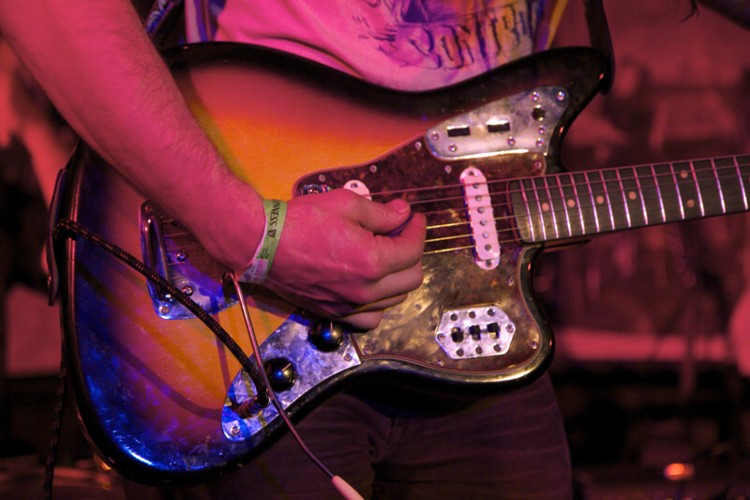 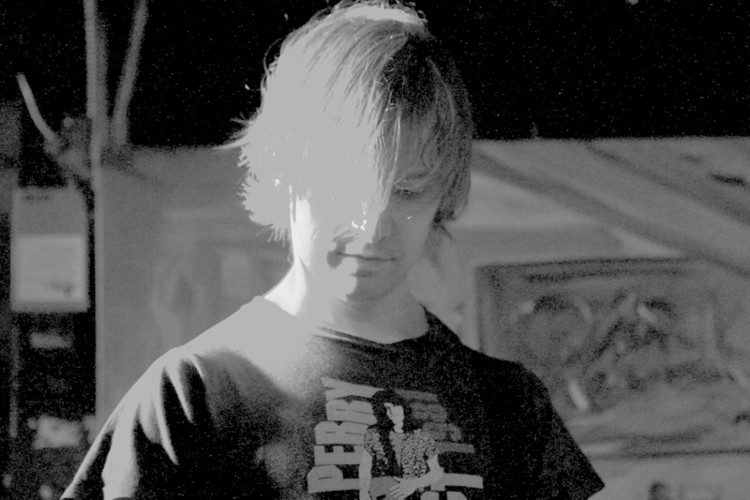 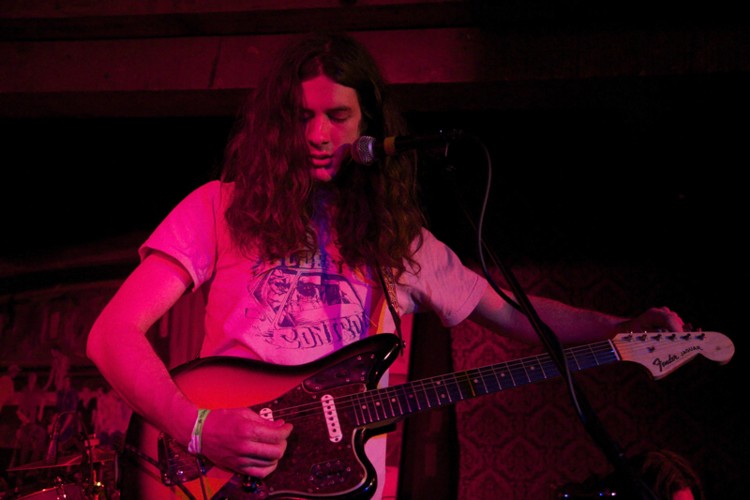 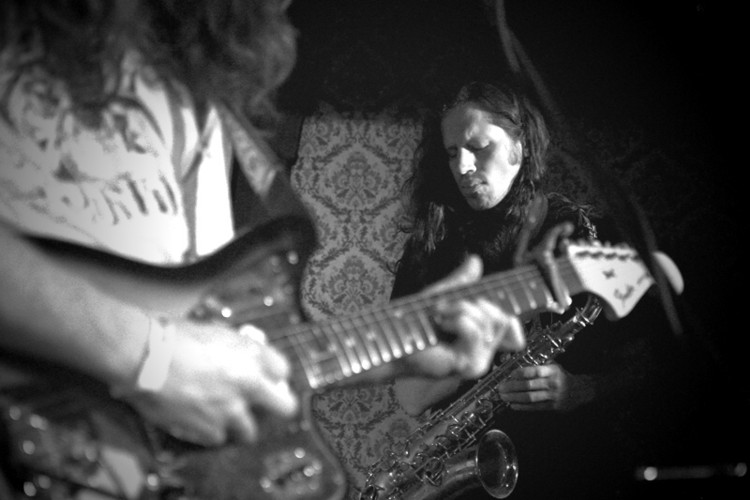 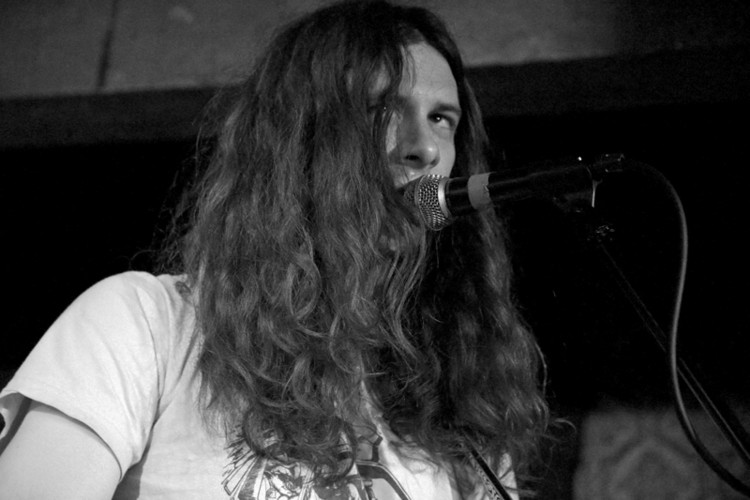 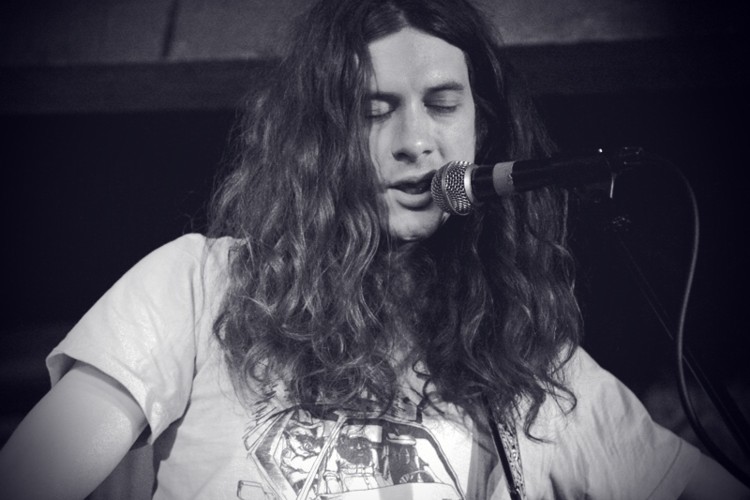 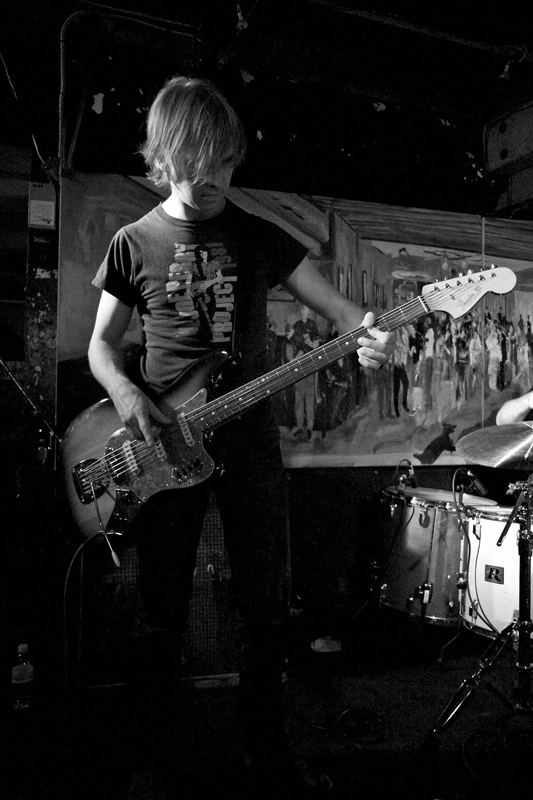 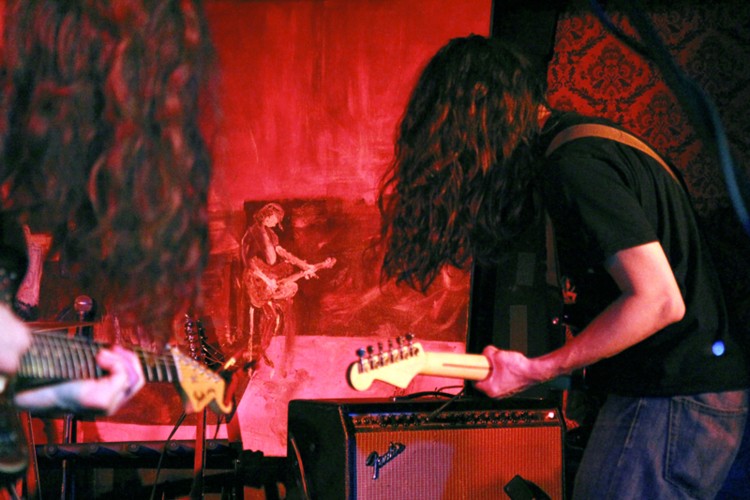 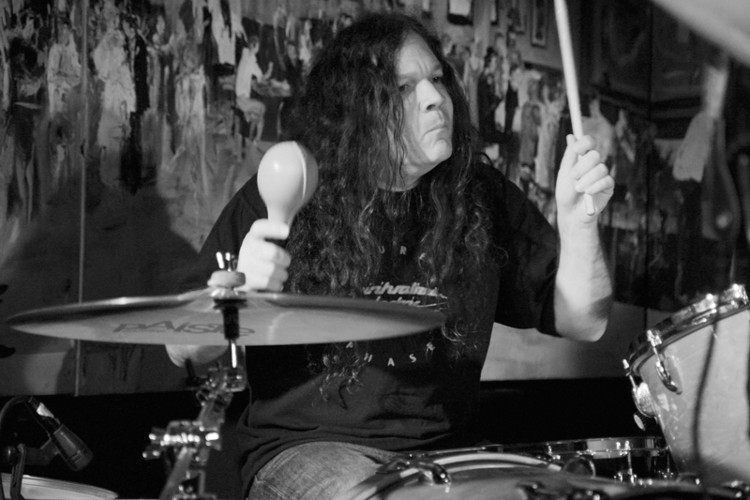 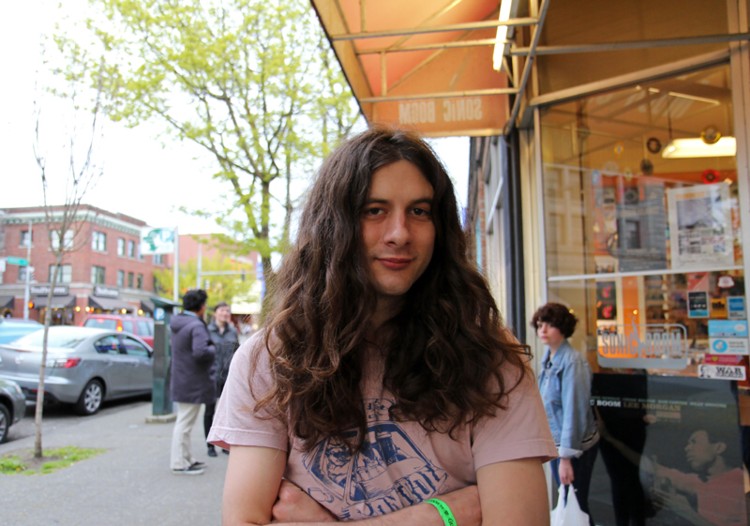 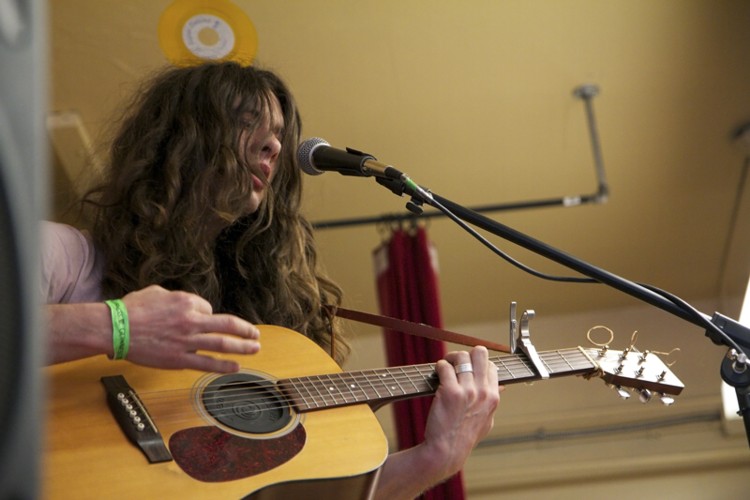 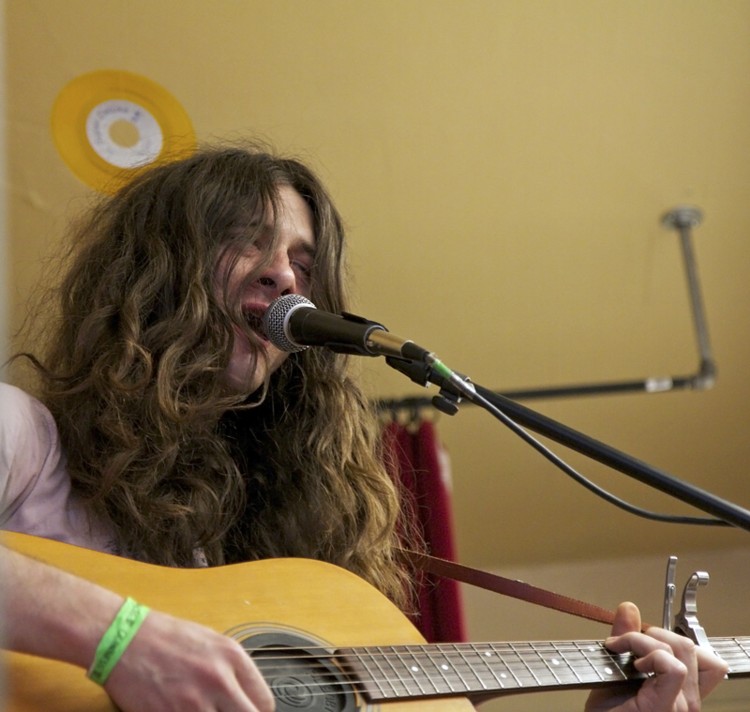 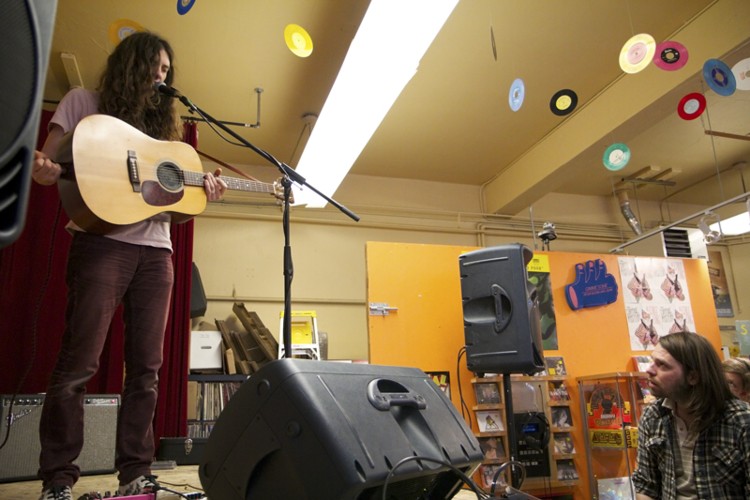 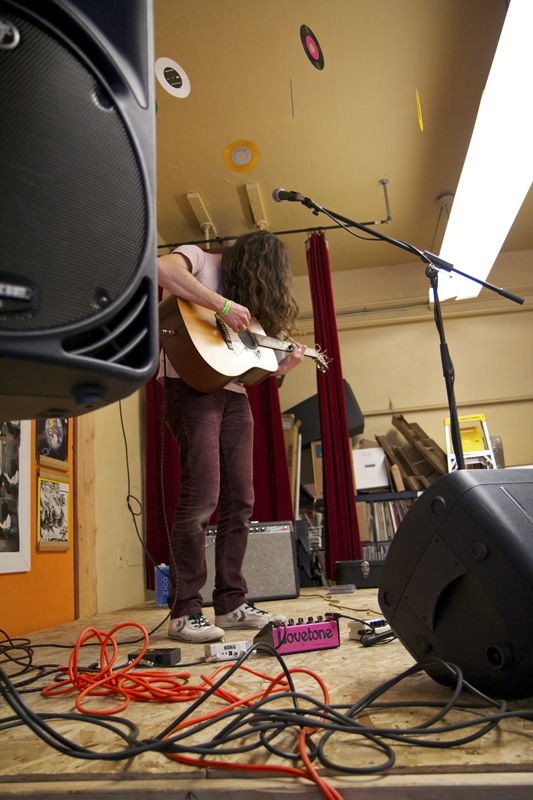 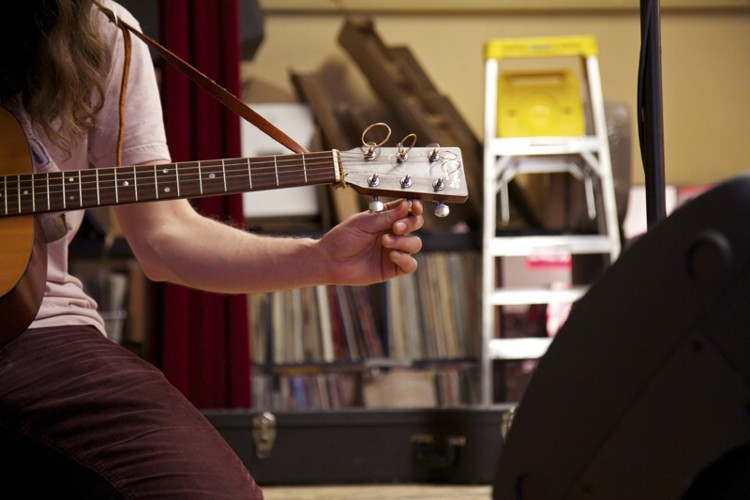 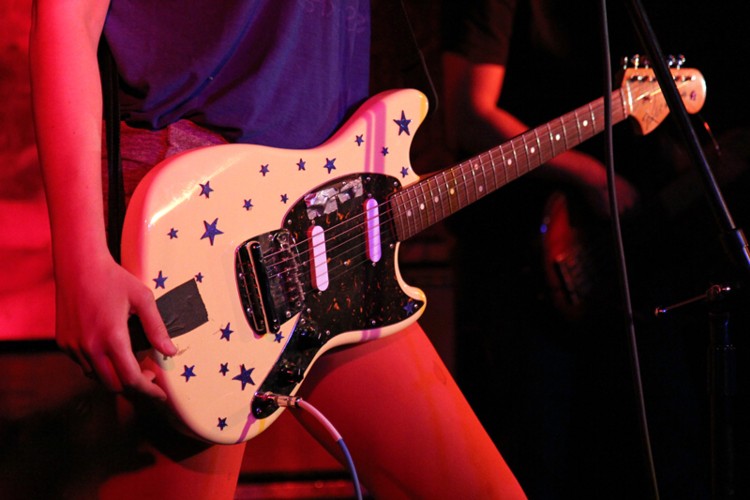 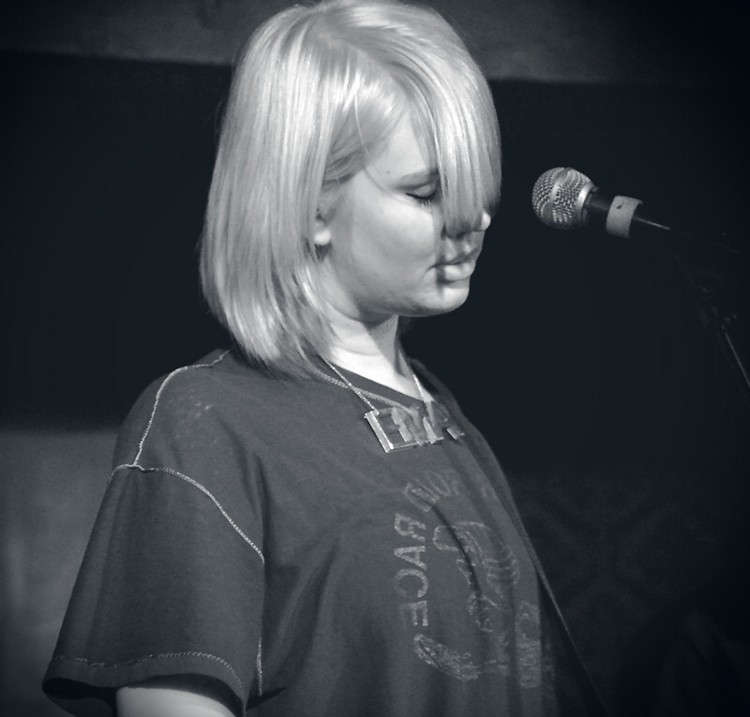 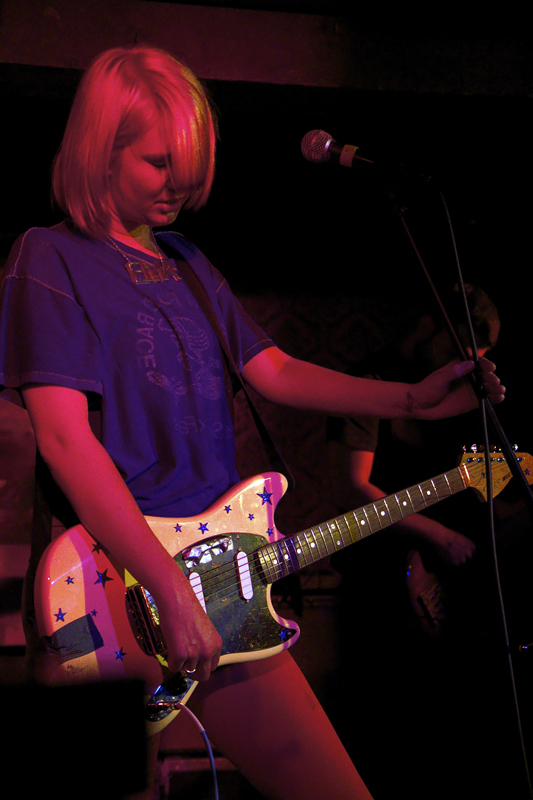 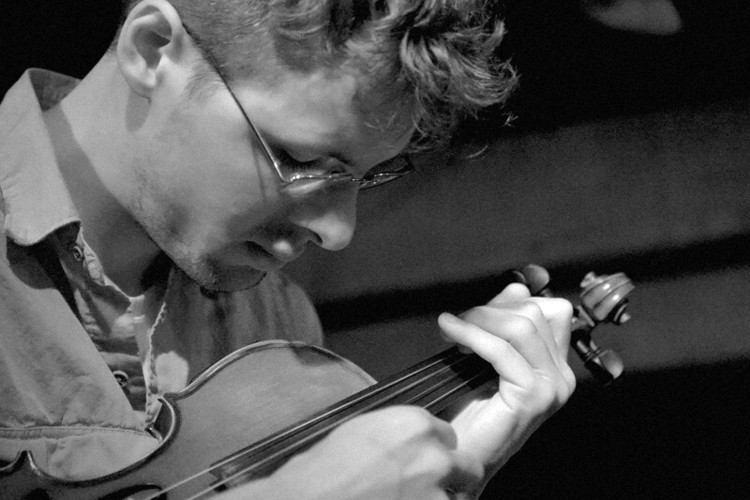 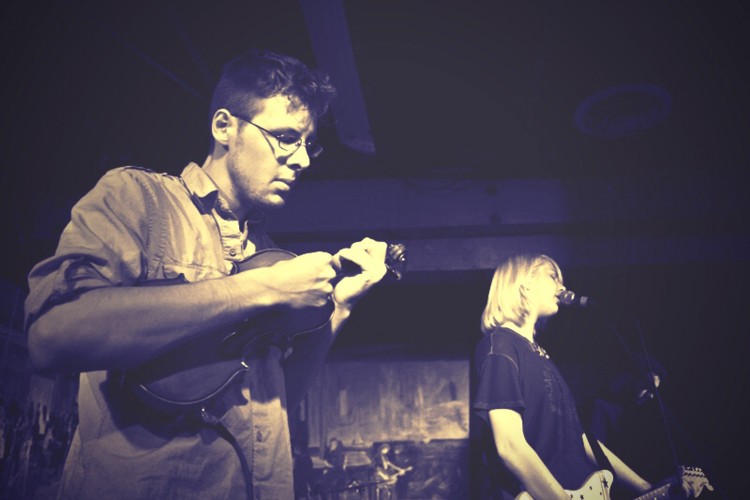 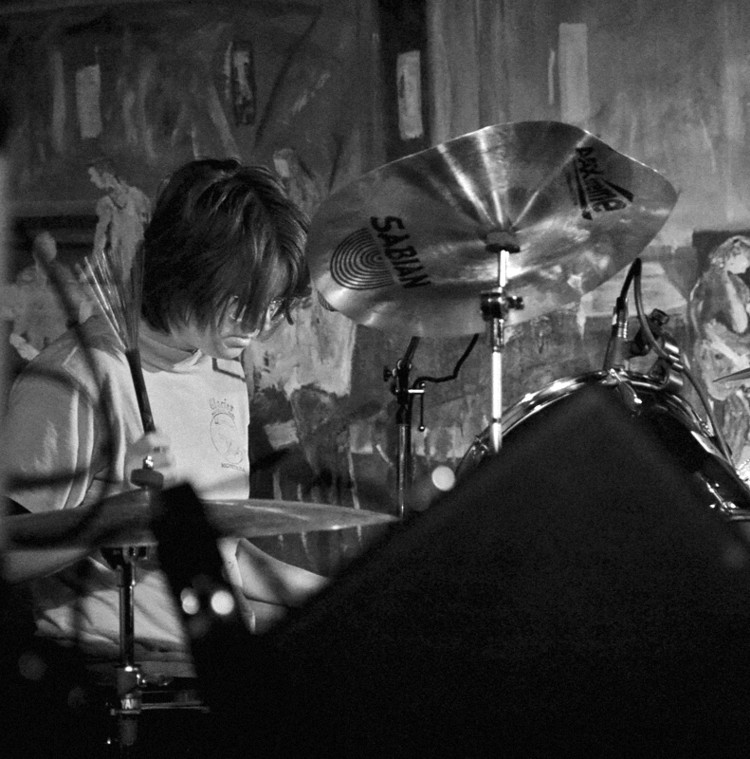 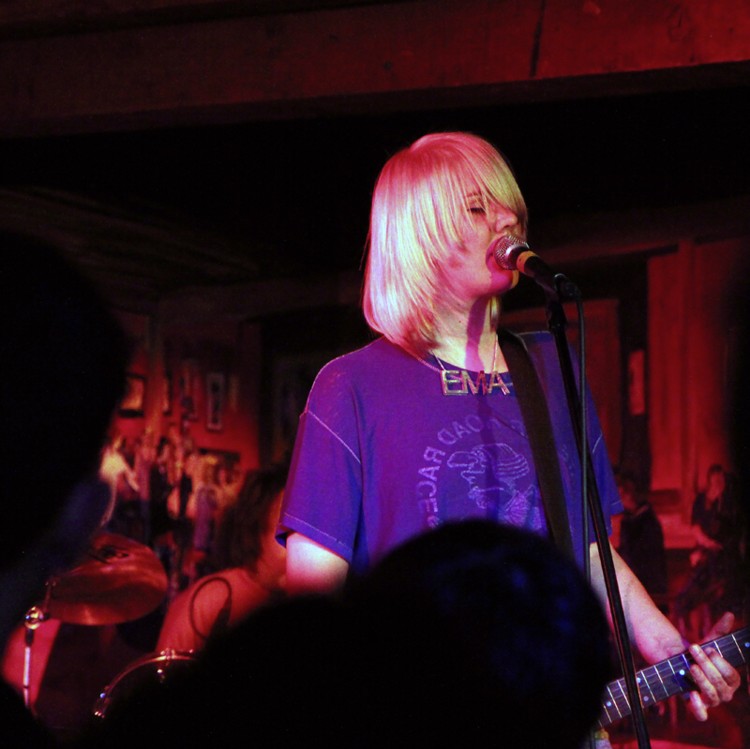